Is It Time to Kiss Your Air Conditioning System Goodbye?

If your air conditioning system was installed before 2010, you may not be able to get coolant for it starting next January. Here's what you need to do to prepare for that cutoff. 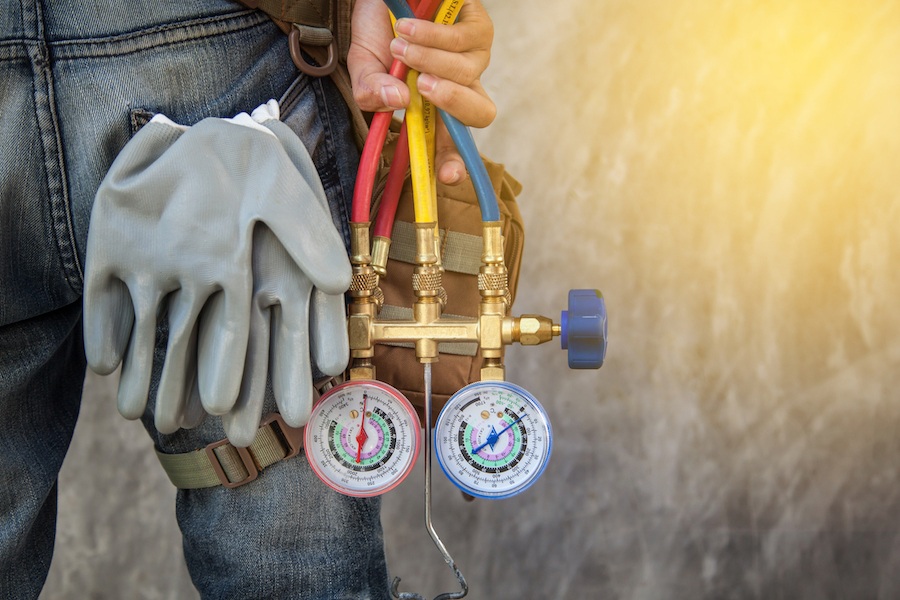 Have an older AC unit? Get it checked out now in order to avoid problems when you need to replace its coolant. | Photo: nikom1234 / Getty Images

As spring comes to a close and the early signs of summer begin to appear — rising temperatures, thick humidity, our sweat glands fighting fruitlessly to keep our foreheads dry — many of us find that we can no longer rely on a few open windows to ward off the heat. With a collective hum, air conditioners all across the country are kicking into gear for the first time since last summer.

If your air conditioning system is ten or more years old, however, you should get ready to replace it. Starting in 2020, the manufacture of R-22 and HCFC-22 coolants — both of which are better known as Freon — will be entirely banned throughout the United States. So what does this mean for those using Freon air conditioners, or more likely, those of us who have no idea which cooling agent works to keep our homes at a livable temperature during the summer months?

An end that began almost 10 years ago

Let me break it down for you:

This seemingly sudden ban on all things Freon isn’t actually all that sudden. The Environmental Protection Agency (EPA) decided long ago that the chemicals in Freon should be phased out after discovering their harmful effect on the environment. But it wasn’t until 2010 that the EPA banned the use of Freon in new AC systems being produced.

Thus owners of systems installed since then don’t have to worry at all, but a third of all homes nationwide are still being kept cool by Freon, and the Freon phaseout will make owning an older system more trouble than it’s worth going forward. To determine how the ban affects you and how to move forward, we tapped into the expertise of Philly local Joe Giannone, owner of Joseph Giannone Plumbing, Heating, & Air Conditioning.

For starters, don’t panic! No scary EPA henchmen are about to show up at your door in mid-July and rip out your air conditioning unit, leaving you sweaty and confused. That being said, it’s crucial to always be aware of the status of your unit — how long you’ve had it in your home can often indicate the likeliness of any imminent issues.

According to Giannone, major air conditioning system failures happen around eight to ten years after installation, but you should check up on your system regularly. because the last thing you want is to be stuck without working AC. Here is Joe’s advice on how to handle the Freon ban, step by step:

Educate yourself. Check with your contractor to find out if your air conditioning system uses HCFC-22 or R-22 refrigerants.

Take your system to the “doctor” for a checkup. Find out from a technician if your system is in danger of any failures or leaks, because starting in January, repairing systems that contain Freon will be nearly impossible and astronomically expensive. Issues tend to arise on the hottest or coldest days, so get on this ASAP and avoid spending extra thousands of dollars by having to replace parts during the busy season.

Think in the long run. If it turns out there are no problems brewing inside your air conditioning unit, plan to replace the system during the off-season or when your warranty ends. There are two options: a contractor can retrofit your system, meaning purchase new parts that will let your current system use the newer coolants, or you can search for a new unit. Don’t overthink it! The best air conditioner for you is a newer, simple system with common parts.