Why Affluent Philadelphians Are Choosing to Rent Instead of Buy 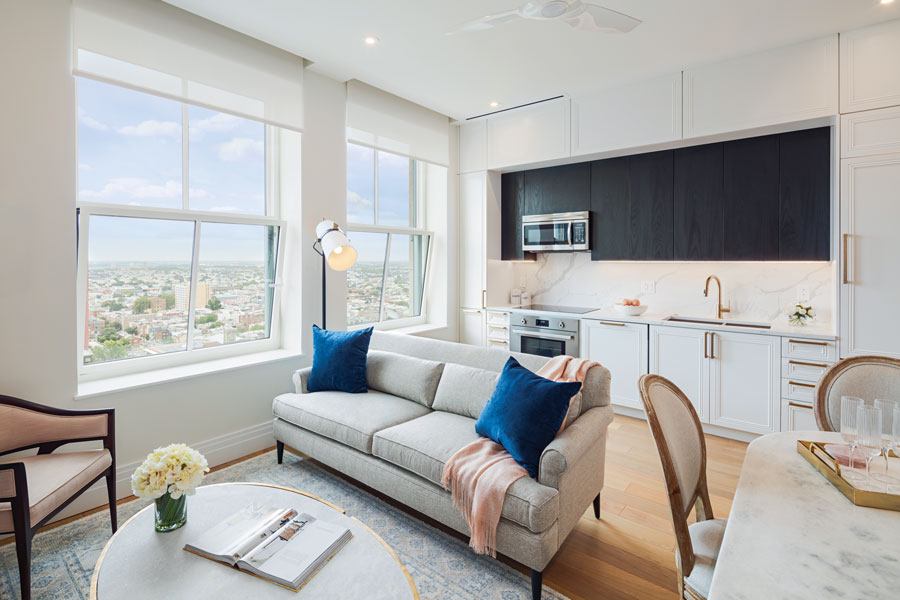 Now that more affluent Philadelphians are looking to rent instead of buy, there’s a bigger market for luxury apartments, like this one in the Atlantic in Center City. Photograph courtesy Post Brothers

The narrative for wealthy Americans has typically gone something like this: Get an apartment when you get your first job; buy your first house — be it a colonial in the ’burbs or a downtown condo — when your career is solidified.

The narrative still runs something like that — until you get to the “buy” part, that is. A growing number of folks are choosing to go on renting even after they make so much money that buying — through which you build equity and get tax breaks — makes better financial sense.

A recent analysis of U.S. Census Bureau data shows that households earning $150,000 or more a year make up the fastest-growing segment of the rental market nationwide. In the decade from 2007 to 2017, their ranks increased by 175 percent.

It seems the most common reason for this shift is changes in the way we work now. Mike McNelis, CEO of the Philly Apartment Company brokerage at Keller Williams Philly, says, “People in medical professions may be transferred in a year. And in the job market generally speaking, there’s insecurity of where people may be in a year or two.” As workplace stability fluctuates, flexibility is key.

That certainly describes a Center City renter I’ll call Jane (who requested that her name not be used). Her income places her in the top 10 percent of all U.S. households, but she says she doesn’t feel settled enough to commit — that her job could “take me to New York City in a year or so if I want it to, so I want to keep my options open.” She cites another reason, too: She got burned when she tried to sell the house she owned in the suburbs several years back. “The whole experience just left a bad taste in my mouth,” she writes in an email. “I didn’t like that I couldn’t just move when I wanted to.”

Jane is currently shopping around to see if she can find another apartment with better perks.

And that’s one reason why there’s an amenities arms race in apartment buildings, with new upscale towers rising here and in the suburbs these past few years: It’s a renter’s market.

Published as “Not Buying It” in the May 2019 issue of Philadelphia magazine.