Here's what you will get for $400 a night: a stylish Midcentury Modern-inspired room with nice retro touches. And it also comes with a modern lifestyle club attached. 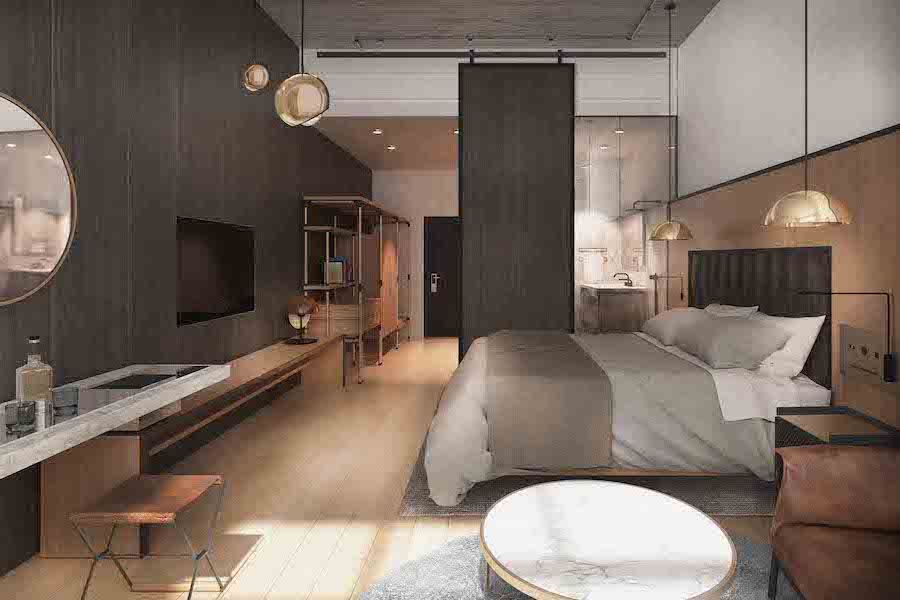 “The first rule of Fitler Club is: TALK A LOT ABOUT FITLER CLUB.” So said John Marchese in his first peek behind the curtain of the soon-to-open “lifestyle club” last March.

And financier-turned-club impresario David Gutstadt has certainly been loquacious since then. Already he’s given us a look at the posh new club’s fitness facilities and its two restaurants, which will bring Top Chef Kevin Sbraga back to the kitchen full-time.

Gutstadt has even shown off the club’s event spaces, which will be open to non-members as well.

In that story, he let slip a way you too can enjoy everything Fitler Club will have to offer without coughing up the full membership fee: Just book one of the club’s 14 hotel rooms, which will be open to the general public.

For as little as $400 a night, you too will be able to partake of the luxe life, 21st-century urban style.

While workers are still hammering, drilling and welding away on the rest of the club, one of those 14 hotel rooms is now ready for its closeup.

The rendering above shows the concept project architect MRad has for the rooms. The photos below show the actual result. 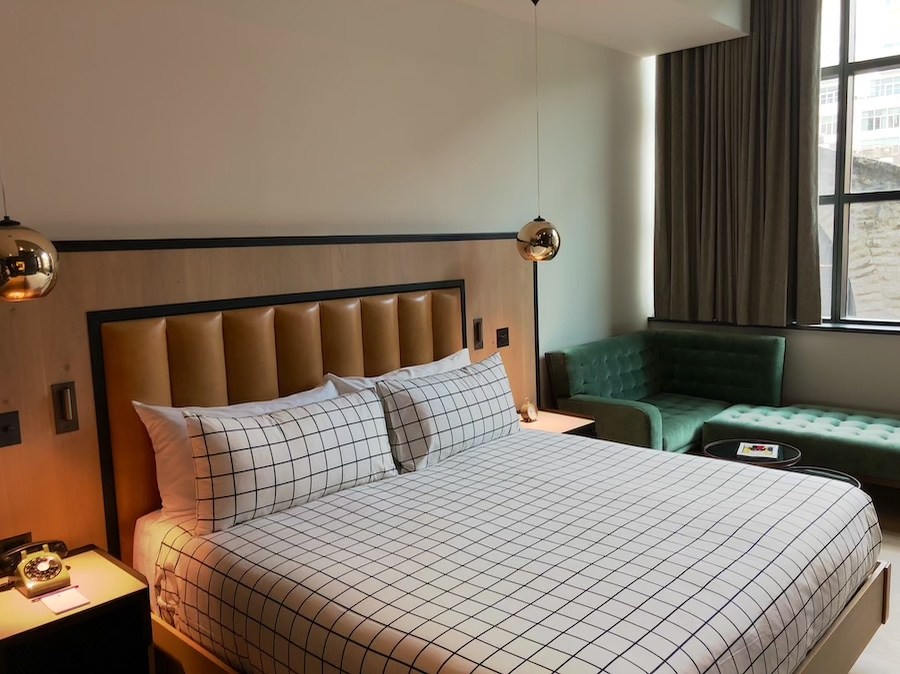 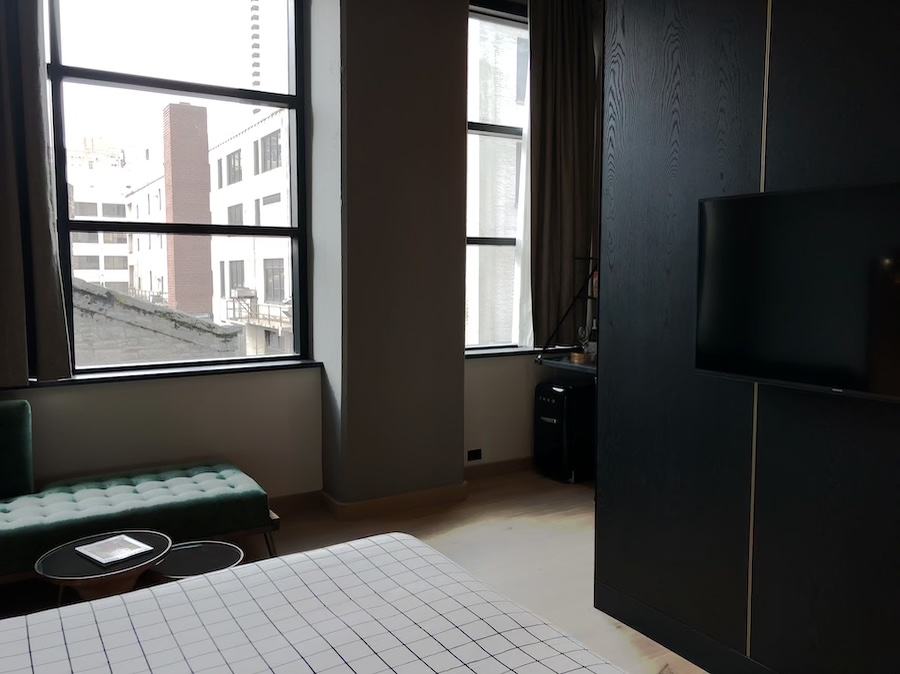 The room’s large windows let lots of light in; there’s a big-screen TV mounted on the wall

Leather and wood define the interiors, which get plenty of light through the large east-facing windows.

The overall inspiration is Midcentury Modern, but it’s been updated for the 21st century. 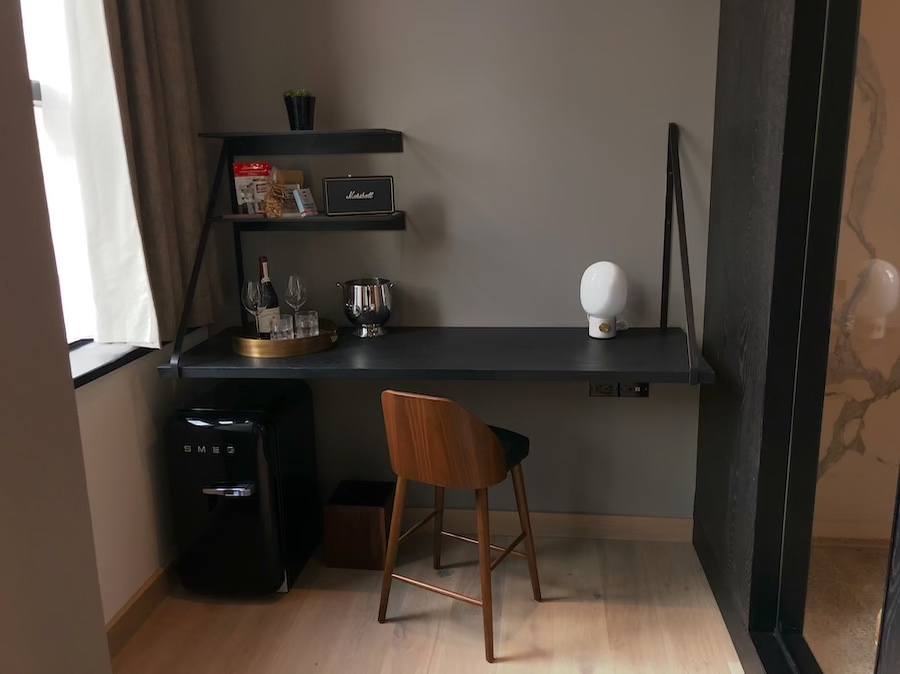 The desk and bar

Almost. The rooms actually have a few items in them that take you back to the 1950s. One is the Smeg mini-fridge under the room’s work desk. 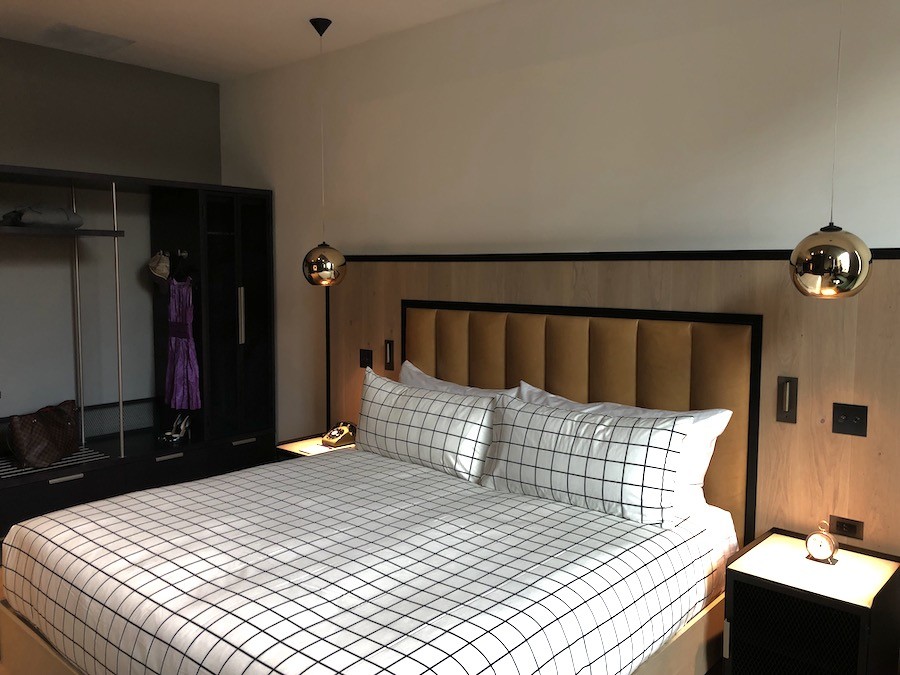 The bedframe has pop-up reading lights in addition to the pendant spotlights. An open clothes closet sits against the entrance wall. Note the phone and alarm clock on the bedside tables

Another is the classic rotary dial telephone beside the bed. Yes, it actually works, and yes, you can use it to summon room service or call outside. The other bedside table sports an old-fashioned alarm clock. (You want to listen to the radio as you go to sleep, plug in your smartphone and listen over the Internet. Or turn on the big-screen TV and see what’s on.) 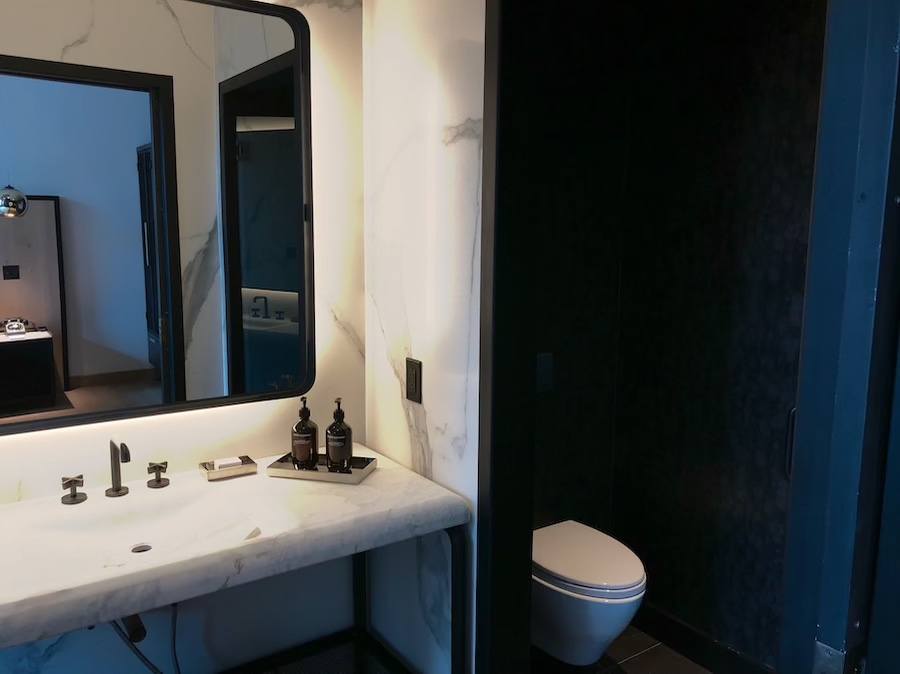 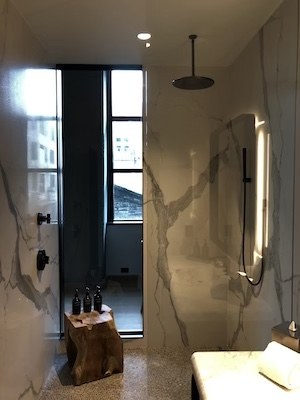 On the other hand, the bathroom is ultra-sleek and ultra-modern. It also has one unusual feature: a glass wall separating the shower from the sleeping and study area. This allows the bathroom to get lots of natural light as well.

Hotel guests will have access to all of Fitler Club’s other amenities for the duration of their stays. That includes The Study, the club’s co-working space.

The hotel should be ready to welcome its first guests in March, at the same time the club above the event spaces opens its doors. In addition to the basic rooms, some suites will be available at a higher rate. Fitler Club members may book hotel rooms at discounted rates.

The club will open with an initial cap of 1,500 members. Didn’t make the cut? Console yourself by booking a hotel room.