"Mass customization" has made a bunch of tract house builders into huge nationwide firms. Here's what happened when a local builder approached the field from the opposite direction. 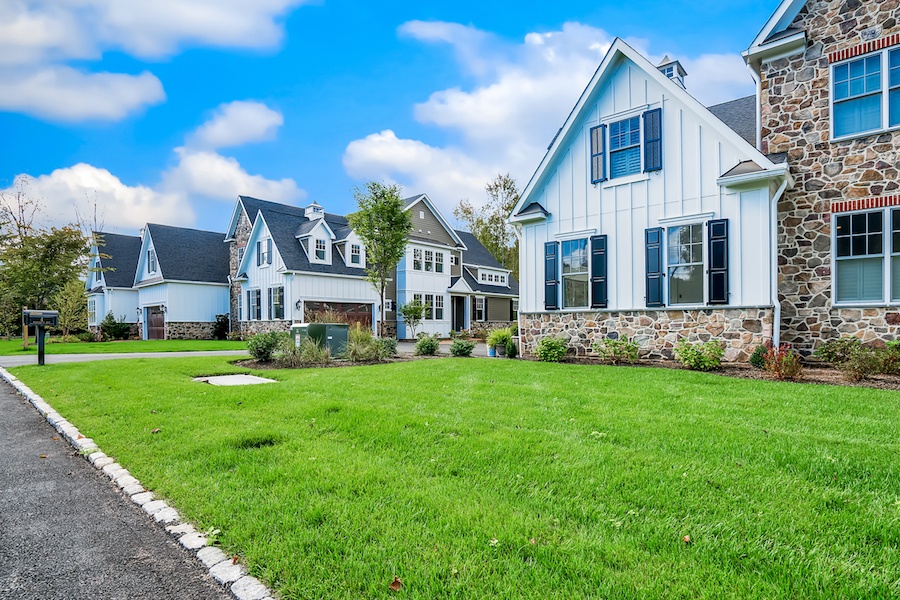 You might say that phrase, which is currently used to sell premium vodka, sums up the philosophy underlying mass customization. That process begins with standardized designs, plans and layouts. Customers can then accessorize the houses with options, much as they might when buying a car.

Real custom builders approach house building as a one-on-one affair. They work closely with clients over a long time frame to produce houses that meet their demands exactly.

Harth Builders in Spring House has been doing the latter, first as a remodeler, then branching out into house building, ever since founder Allyn Harth decided he needed to quit working for other builders and work for himself instead at age 65 in 1996.

But now the company is building a multi-unit development right across the road from its headquarters. And to build it, they’ve borrowed from the practices of the mass customizers. But only a little. 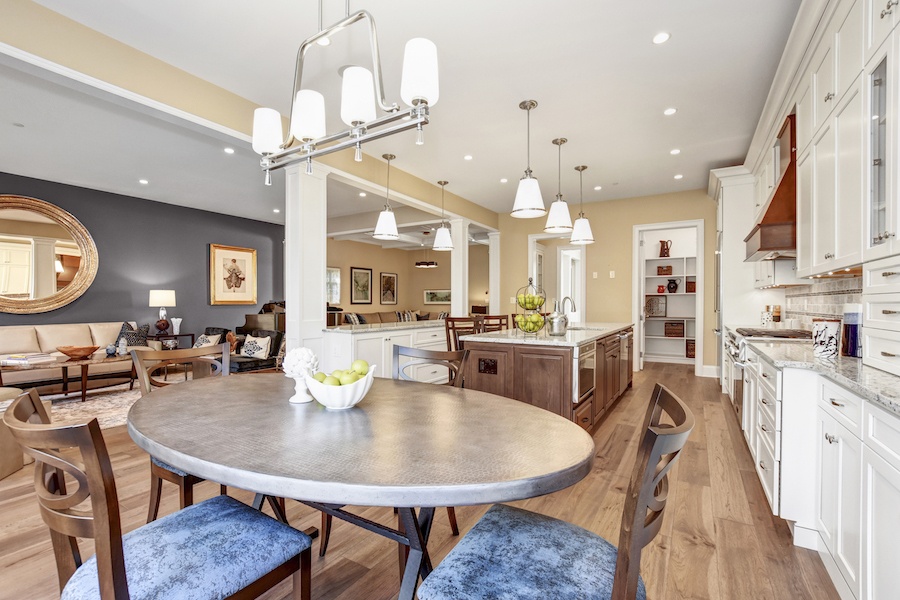 Main living area of the model home at The Carriages

A cluster of custom-built houses

Harth didn’t seek out this opportunity to build a set of custom tract houses. Rather, project developer Jordie Berman tapped his firm to build it after delays caused by environmental permitting issues led the original project planned for the site to fall by the wayside. 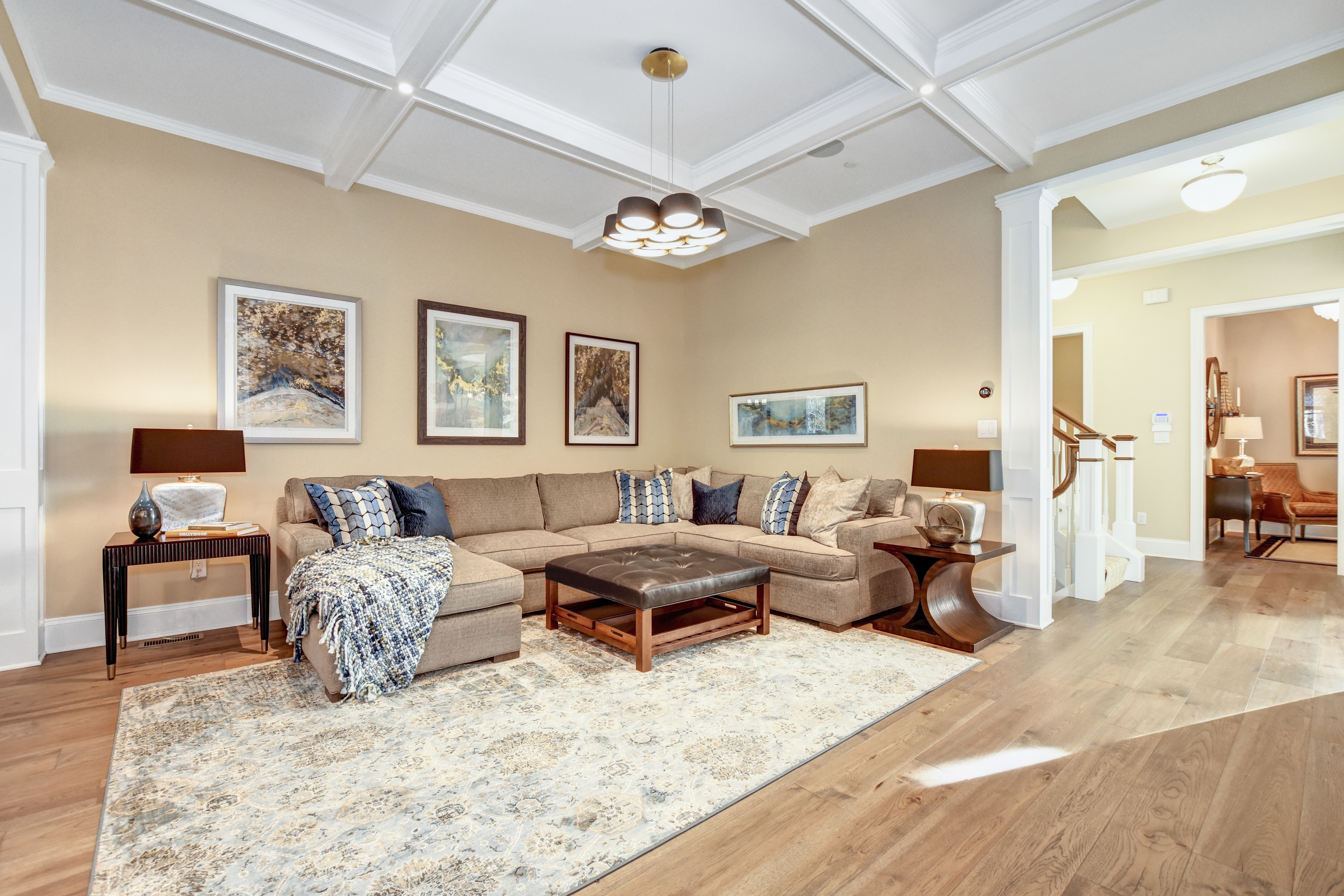 Sitting room in the model home

So what makes these mass custom homes different from mass-customized homes? Total flexibility for the buyer, says Harth.

“When [the developers] approached us, I said, ‘Guys, for this price point in this market, no two of these are going to be the same. They’re all going to have to be completely unique.’ I think you have to give the clients that flexibility to choose what they want. They’re not going to want what a neighbor has.” 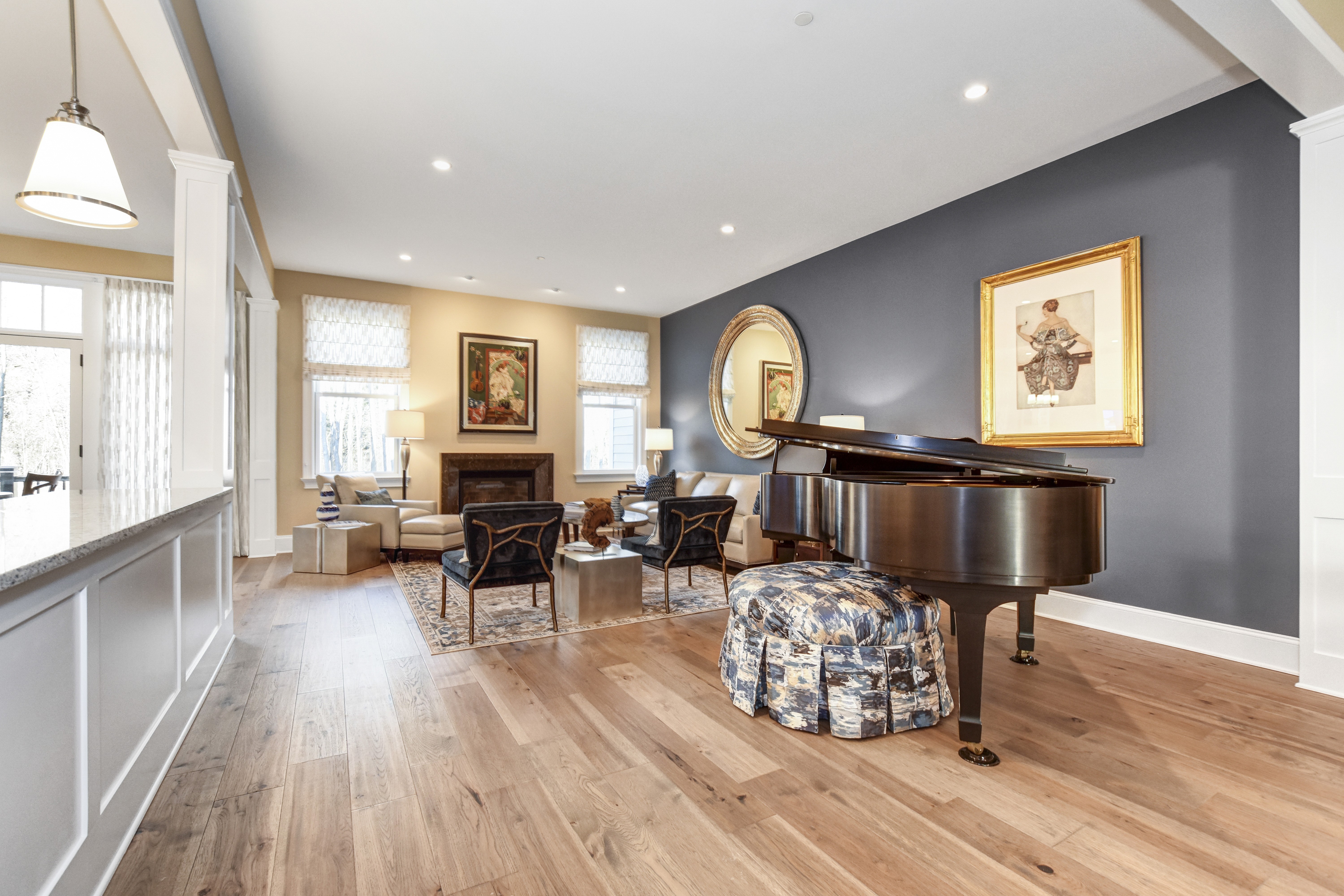 Living room of the model home

By this he means more than just cherry vs. pine cabinets in the kitchen or a traditional vs. a contemporary design aesthetic. Buyers of the 11 houses at The Carriages can configure them any way they want within the house’s footprint. 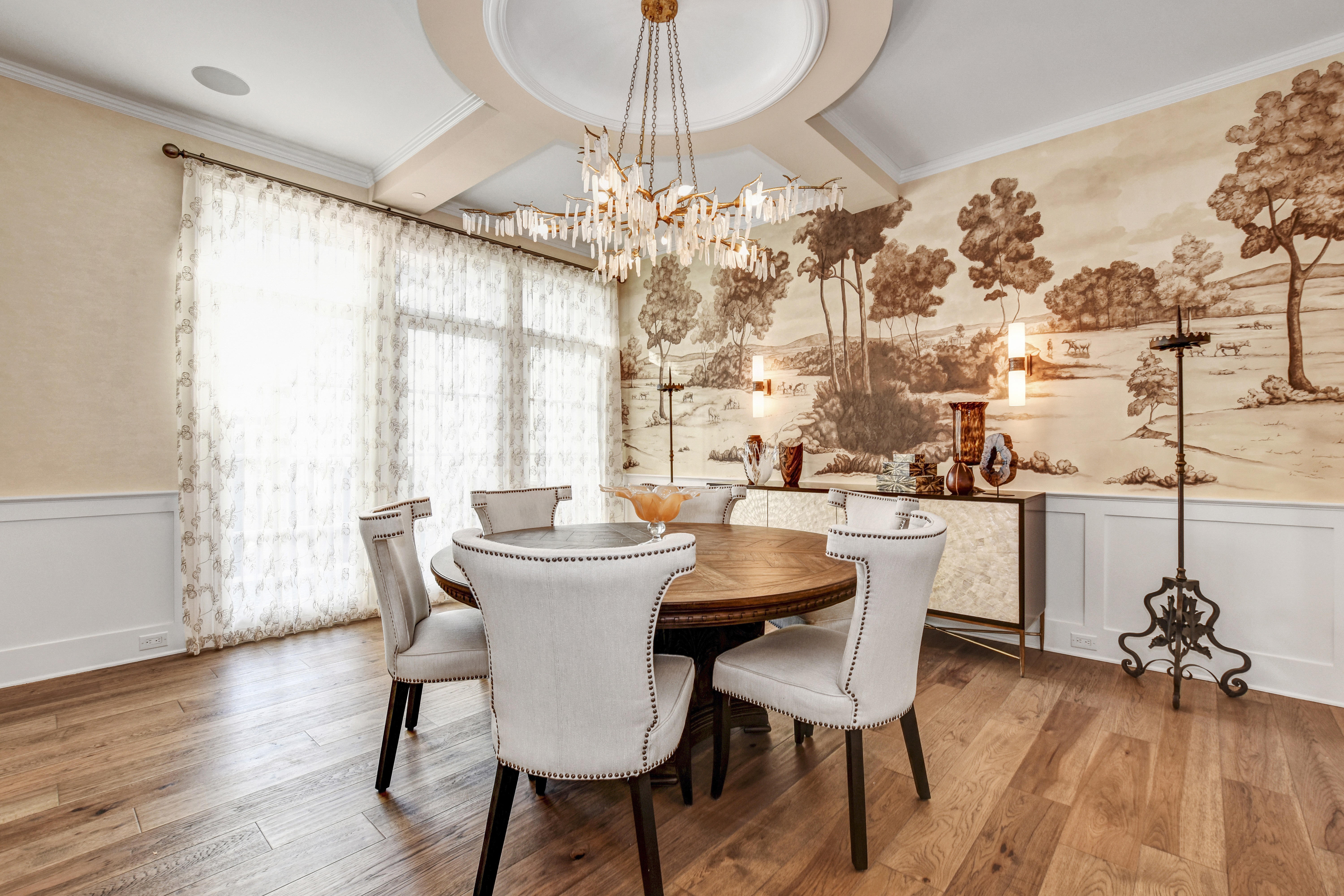 You can get anything you want (almost)…

“In our world of remodeling, the world’s your oyster,” says Harth. “With enough time and enough money, you can do anything. Having said that, we do have some limitation with the overall footprints” the houses can occupy. But within those footprints, Harth and the project architect worked together to enable buyers to configure their homes however they pleased. 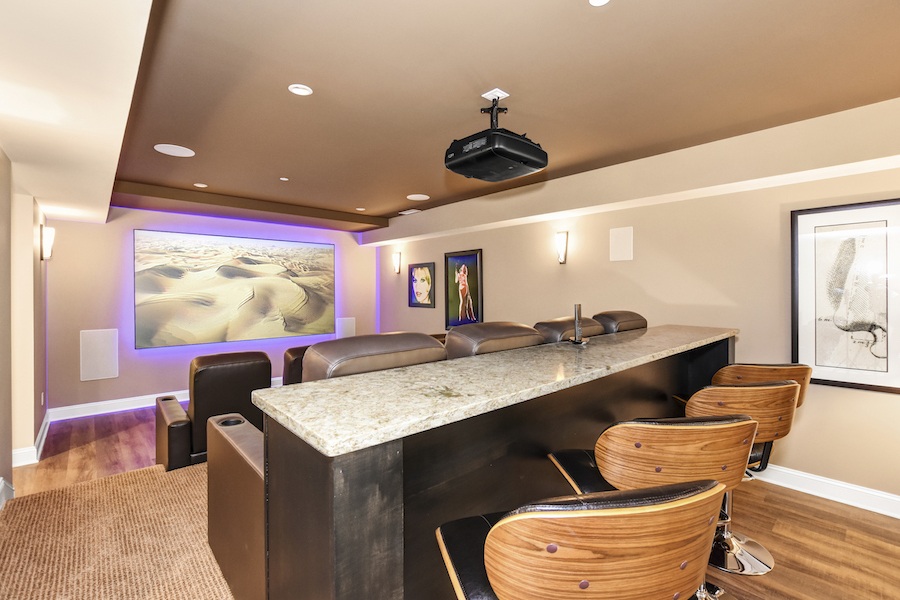 “We worked with the architect to come up with as much flexibility inside the space as we can, so we can literally do anything,” says Harth. “We can move any of the walls. We can’t move the bearing points, but we have a lot of flexibility to modify the entire interior, and some of the exterior for that matter, on any of the units.

“We took our same design-build approach that we do for any client that’s doing a whole-house renovation, so we believe that we’re bringing something novel to the marketplace that not a lot of other people do” with this project. 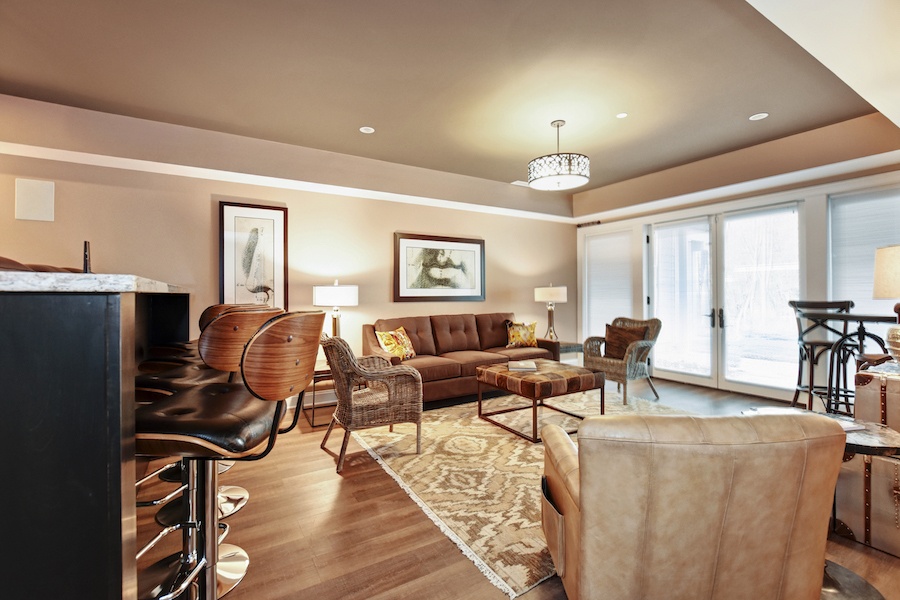 This approach enabled Harth to build a house with a large, two-story-high dining room with balcony overlook, an indoor lap pool, and a pinball arcade room for Berman, who is also an architect and an avid art collector. (Berman requested that no photographs of the interior run with this story.)

The large dining room fills a practical need for Berman, who with his wife Diane regularly has his large family over for dinner. “Twenty to 25 Friday nights a year” — roughly every other Friday — “we have dinner around this table, and the attendance ranges from 18 to 35. If we’re lucky, we get into the 30s, and if it’s a slow night, we’re in the teens.” 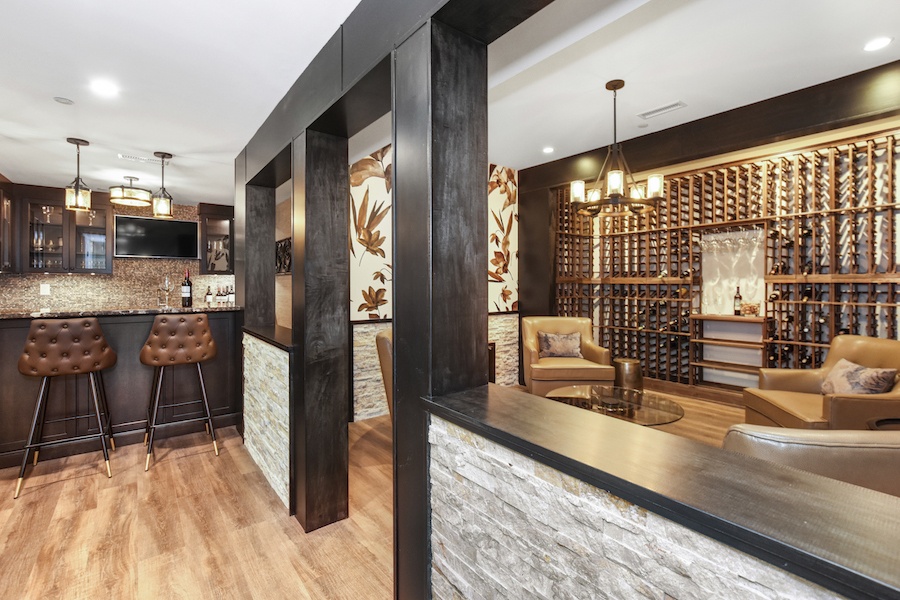 The expansive wall space also allows Berman to display as much of his extensive collection of Norman Rockwell illustrations and commercial works by other artists as possible.

Of course, this house has much grander spaces than the model unit at the project, but the model unit is no slouch either. In fact, Berman says, “My wife likes the simple house better than she likes ours, and she would rather live there.” But try stuffing 35 people, including a bunch of teenagers, into its dining room. 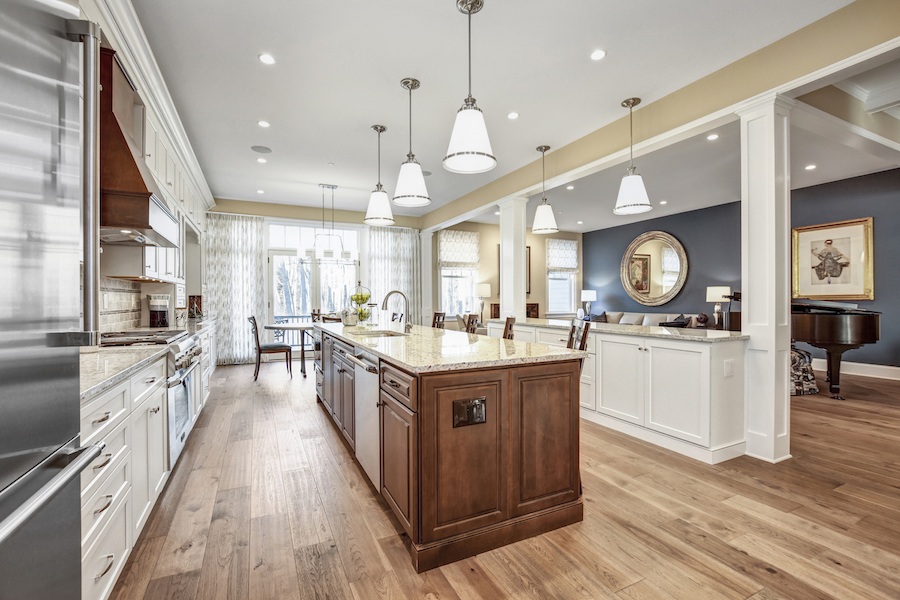 From idea to reality in less time

One thing this hybrid approach enables Harth to do is deliver a finished custom home in less time than it would take to design and build one from the ground up. From start to finish, Harth says, a custom remodel or a custom-built free-standing house can take as long as two years to complete, starting with a two- to four-month planning process that’s followed by meetings with Harth’s interior designers and construction teams. By contrast, a new house in this development can be delivered in as little as nine months. Buyers still get the individualized service that Harth takes pride in.

Berman’s home was part of The Carriages’ three-unit first phase. The last Phase I unit, Unit 3, wrapped up at the end of October. Work on Phase III, which consists of the last four units, began that same month, with a projected finish date of August 2019 for the first of those, Unit 8. 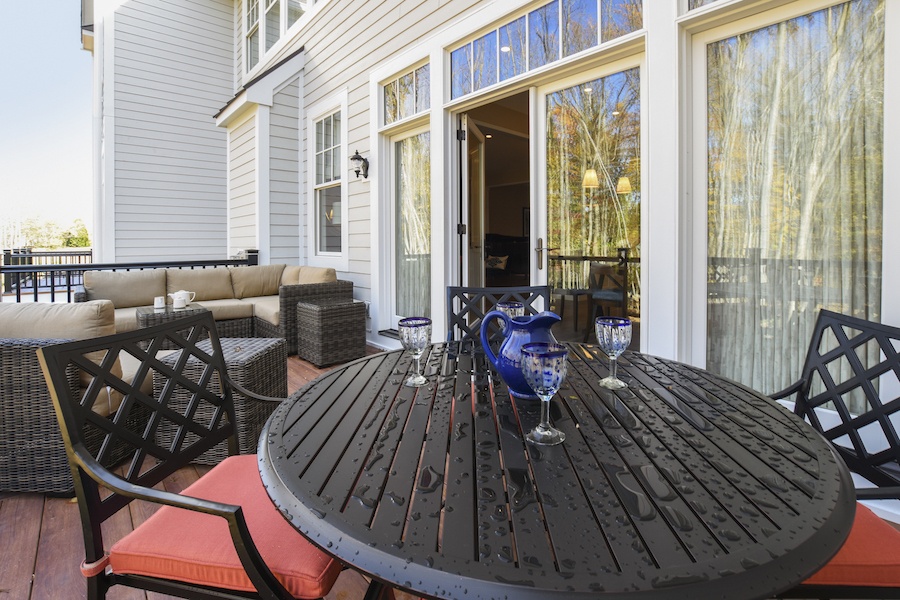 Dad had questions. His son answered them

Greg Harth started working with his father about eight years after Allyn set himself up in the insurance-restoration business. Both while Greg was studying civil engineering at the University of Delaware, and afterward, when he took a job as a civil engineer in the Denver office of Kiewit Corporation, Allyn would pepper him with questions about construction economics whenever he returned home over the holidays.

“Every year I would come back, and he would say, ‘Hey, why don’t you come join me?’ And I would say, ‘When I left, you had been working all your life, working for somebody else?’ He goes, ‘No, no, no, I got this tiger by the tail, and I’m running in circles. And if I let go, it’s going to eat me.'”

So Greg left Denver and returned home to work alongside his father. Allyn remains the CEO of Harth Design-Build-Remodel and still puts in 50-hour weeks, but Greg is in charge of the general operation now. From $700,000 in annual sales and two employees when he joined the firm, Harth has grown to 41 employees and $13.5 million in business annually, split nearly evenly between remodeling and new construction. 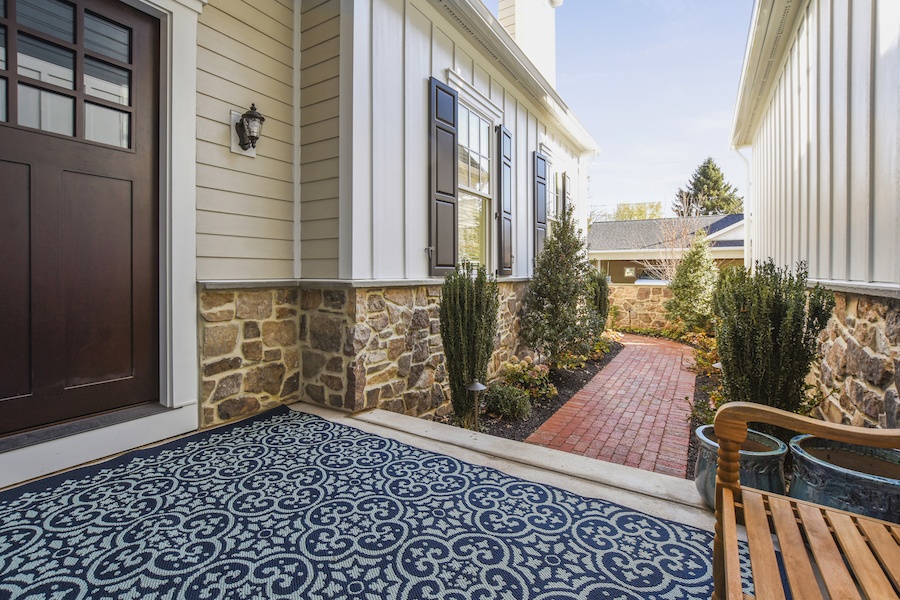 A model that can adapt to different settings

Greg believes this model will travel well and work in other settings. “The custom-home guy who you can hire to do a custom single-lot house? They’re out there,” he says, and indeed his own firm is among them. “But nobody that I know of does custom carriage house or custom multifamily, and in this marketplace, people want to live in community. So we have another couple of these projects designed and in the wings for Chestnut Hill and other areas where there’s community-based [development].” 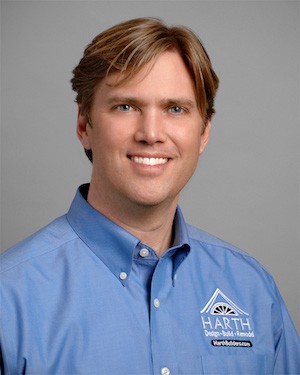 Then there’s the big prize Harth would like to land: A mixed-use residential/retail development next to Fort Washington Regional Rail station. Harth has been pursuing this project for nine years, but differences in zoning and planning between the two townships the site would straddle have held up progress. But Greg is optimistic that planned zoning changes around the Commerce Park in Upper Dublin Township, which will contain the project’s north side, will finally enable him to build what he described as a “high-end, concierge-style” residential project with retail space mixed in. (The south side, in Whitemarsh Township, already has the needed zoning in place.)

This project would be much larger in scale than the others he is pursuing, with more than 200 units, but, he says, “We are right smack up against the train station. We believe a really well-thought-out smart-growth project there would make a big difference.”

200-plus units of custom-built housing in a single project? Sounds like a tall order. But Harth now has proof that the concept will work. The difference is merely a matter of scale.