The Greener Case for More Trees in Philly

Trees boost your home’s resale value and lower your utility costs. So why does Philly have so few of them? 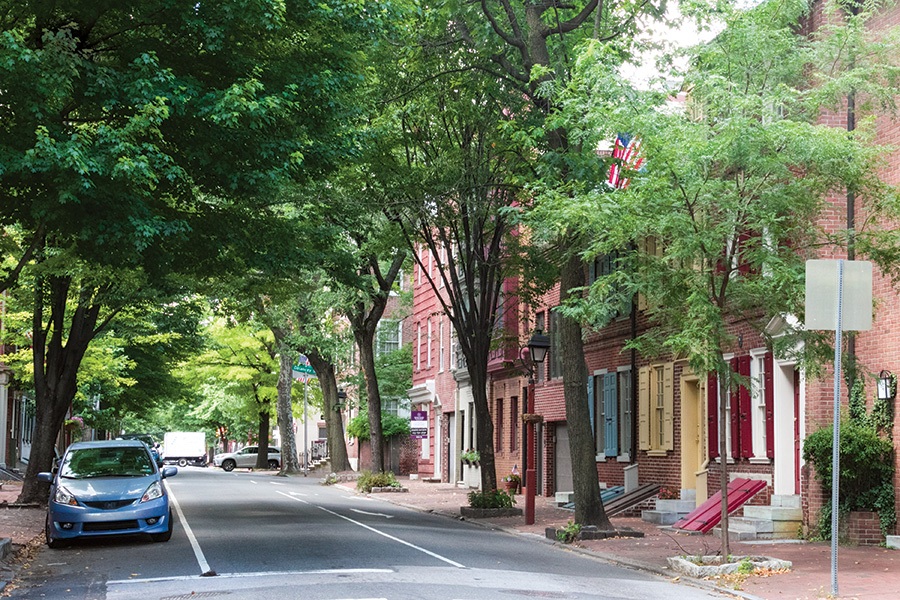 I recently met someone who was unhappy about moving from D.C. to Philadelphia for a new job. He found our town “depressing and ugly.” As he showed me a few photos of the blocks there vs. the blocks here, it became clear what the difference was: greenery. Specifically, Philly’s lack of it.

Philadelphia’s tree canopy covers an abysmal 20 percent of our land — the smallest tree canopy of any major city in the Northeast. We’re far below Washington’s at 35 percent and Baltimore’s at 27 percent. Even New York has more trees.

And trees, it turns out, do more than make things look pretty. They help filter rainwater and reduce storm water runoff. They reduce the “urban heat island” effect, which is when an urban area is warmer than its surrounding rural areas. Plus, trees put money in homeowners’ pockets by lowering cooling bills in the summer and bumping up real estate values. A raft of academic studies have found that trees can increase a home’s sale price by up to 20 percent.

The city’s Parks & Rec department is working on our log lag with a program called TreePhilly. Started in the Nutter administration’s waning years, the program aims to increase the tree canopy to 30 percent in every neighborhood. It does this by giving away thousands of yard and street trees and even planting the latter for free for any occupant who requests one. It uses native and non-native varieties proven to do well in our climate, like oaks, poplars, and apple trees.

So why, despite the ease, efforts and options, does this city still have so few tree-shaded blocks? In some neighborhoods, especially lower-income ones, street trees are seen as a nuisance rather than an asset. They cause sidewalks to buckle. Their roots drill into water and sewer pipes. And their branches could cause damage owners can’t afford to fix. Or so the residents believe. TreePhilly also has the job of changing perceptions: It counters these negative views by reaching out to homeowners on a one-on-one basis to give them the facts. (Example: “Tree roots do not break open a pipe that’s not already broken,” says program director Erica Smith.) Parks & Rec will also dispatch someone from the city to prune sidewalk trees that are hazardous.

The hope is that over time, TreePhilly’s efforts at growing new attitudes and new foliage can be successful. If not for our betterment, then at least for good old competition’s sake. We can’t let NY and D.C. win again, right?

Published as “Tree Totaling” in the August 2018 issue of Philadelphia magazine.