Multigenerational Living Is on the Rise in Philly

But where is everyone going to sleep? 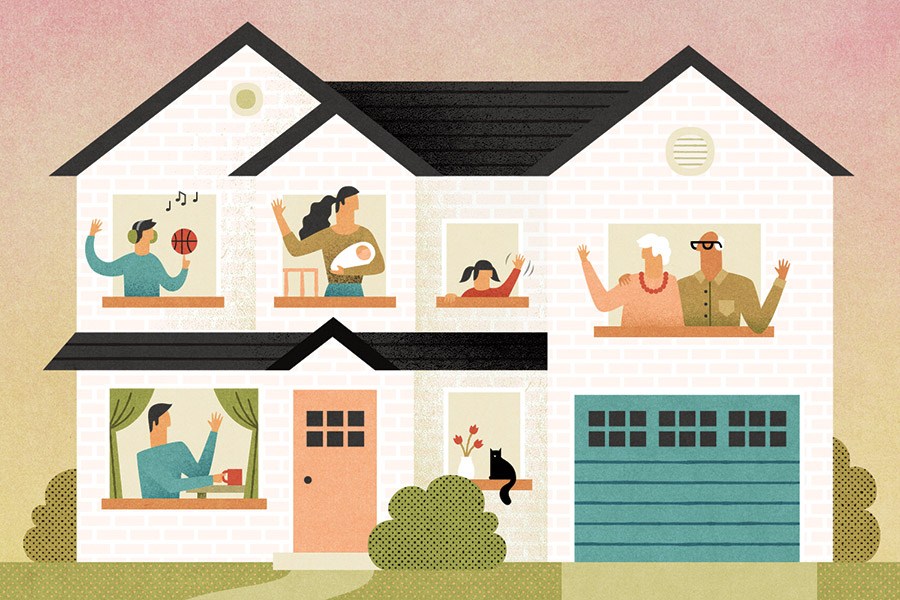 You, your grown kids, your parents, all living together — sounds like a great story line for a sitcom, right? (Actually, it was one. Who else watched Under One Roof in the ’90s?) For an increasing number of Philadelphians, it’s a reality show. More Americans than ever before — 64 million of them, or 20 percent of the population, according to a 2018 Pew Research Center study — are living with two or more adult generations under one roof. And that, in turn, is having an impact on what our homes look like.

Peter Rotelle, CEO of South Coventry-based Rotell(e) Development Company, has been building housing in the Philadelphia suburbs for three decades. He says requests for homes with in-law suites or accessory apartments have skyrocketed in the past three years: “About 20 percent of our buyers now ask about the option.” He’s so confident in the trend that he’s adding spec versions of multigenerational housing to the planned communities he’s building in Montgomery and Berks counties.

The Rotell(e) units vary in scope, but they’re always attached to the main house. They can consist of a larger bedroom with an en suite bathroom or be full apartments complete with living and dining areas, kitchenettes, bedrooms and baths. Laundry facilities are often shared among all residents, but entrances aren’t: Many of the homes have separate front doors.

This isn’t the first time multigenerational living has impacted what neighborhoods look and feel like. Duplexes, triplexes and other variations were incredibly common in the 1950s, when some 32 million Americans (21 percent) lived with their extended families. But that style of shacking up took a nosedive in the ’80s, when only 12 percent of Americans reported living with their parents or grown kids.

One difference this time around: The rise cuts across ethnic and racial lines. While multigenerational living used to be more prevalent in Hispanic and Asian families, it’s now seen across nearly all demographic groups. The reason for this shift is simple: money. The recession set adult kids way back financially — they can’t afford rent or down payments thanks to mortgage-size student loan payments. On the other end of the spectrum, retirement communities are costly, and so is maintaining Grandma’s home. Comparatively, it costs peanuts to add a suite to a house or move to a bigger abode. And if your relatives pick up part of the tab, that would make for a nice final episode, no?

Published as “Full House” in the June 2018 issue of Philadelphia magazine.