A Pioneer Reborn in Rittenhouse for $999K

Before G-Ho became G-Ho, an enterprising builder built a bunch of handsome townhouses just east of the hospital. Look at one of them now. 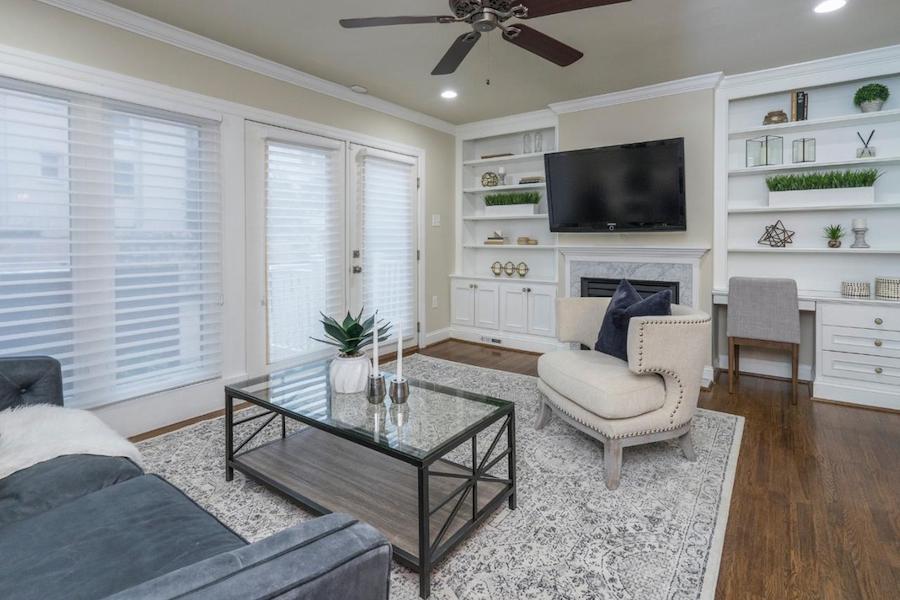 We can’t pinpoint exactly when “Graduate Hospital” the neighborhood was born, but if it were possible to give it a birthdate, it would probably be sometime around 1971, when this handsome Lombard Street townhouse was built.

Back then, Philadelphia residents were heading for the exits in droves, but builders continued to refresh and rebuild the swath of residential neighborhoods along Center City’s southern edge, picking up where Edmund Bacon left off with his Society Hill remake in the 1960s. 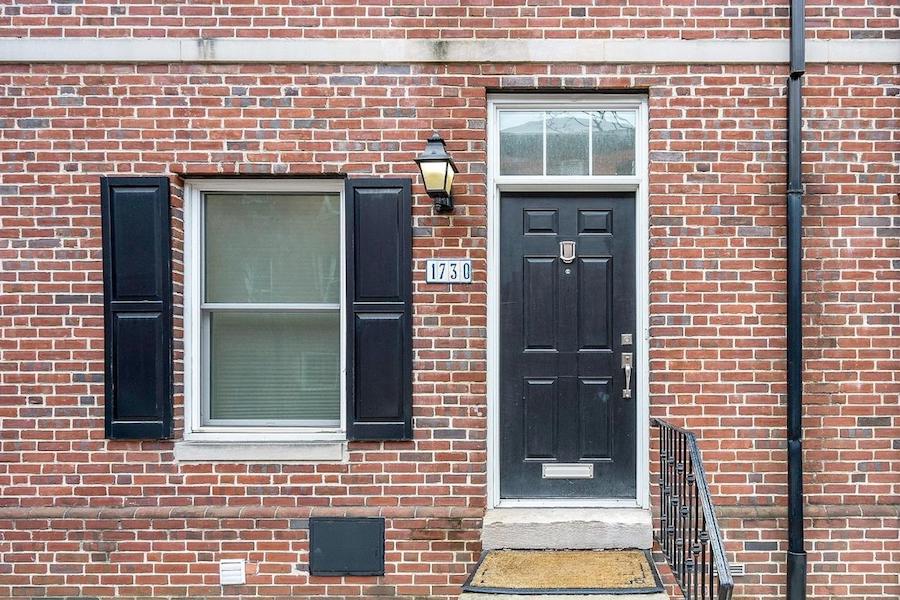 On one end of this block of Lombard in the 1970s, the Astral Plane restaurant was helping to launch the city’s first “Restaurant Renaissance,” and at its other end, the hospital whose parting gift to the community would be its name had opened a brand-new facility after freeing itself from the University of Pennsylvania.

Both the Graduate Hospital and the Astral Plane are now memories, the latter after a short-lived revival. But this home now sports an all-new interior that’s ready for 21st-century living. 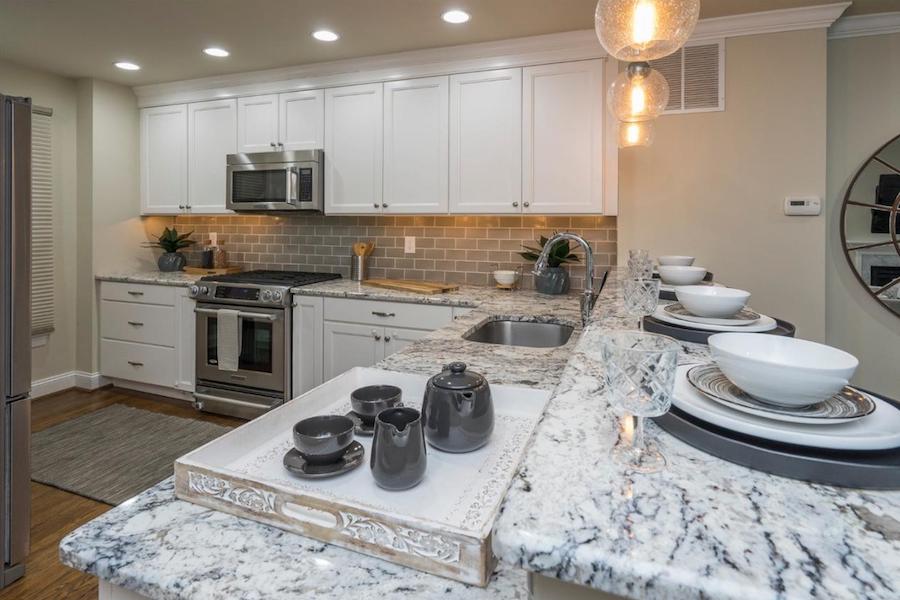 You enter this home through a vestibule next to its kitchen. That kitchen has been opened up to the rest of the main floor with a granite-topped breakfast bar. The dining and living rooms now form a single open space that gets loads of sunshine through its large south-facing windows. 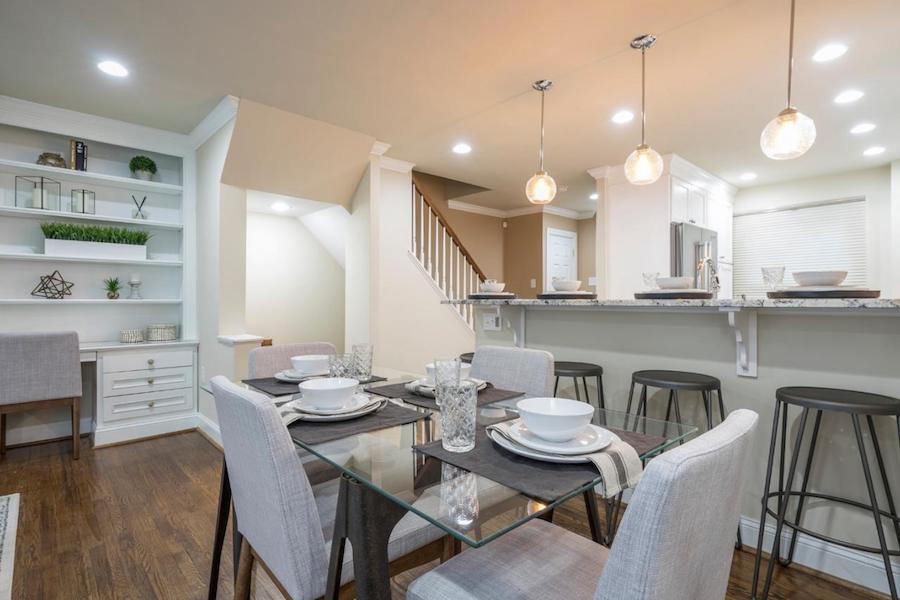 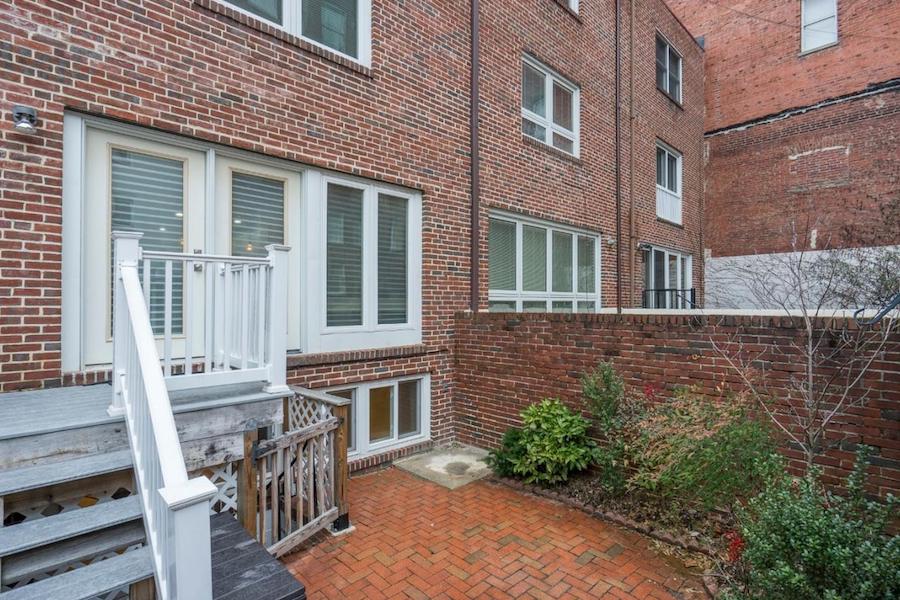 A door next to those windows leads out to the brick-paved rear patio, whose shrubs and flowering trees will put you in a relaxed mood. (Another door leads to the patio from the finished basement, which offers great flex space for recreation, entertaining, or an office or gym. The laundry, a powder room and storage space are also on this level.) 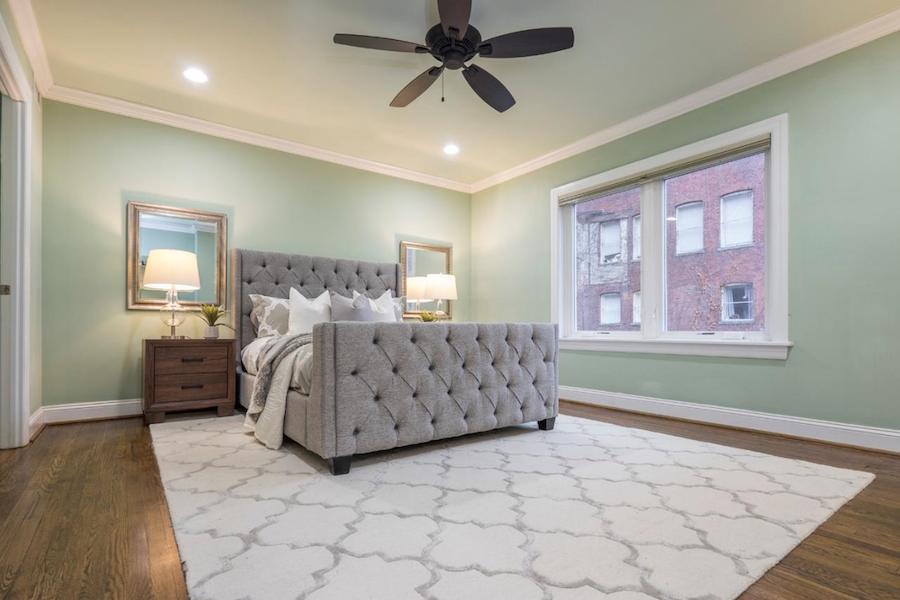 The master bedroom on the second floor also gets lots of sunlight through its south-facing windows. It features a huge walk-in closet that connects the bedroom to the master bath.

Throughout this home, you’ll find fixtures and finishes that demonstrate the rebuilder’s commitment to quality, from the KitchenAid appliances in the kitchen to the built-in shelving in the living room to the dual vanities and glass shower in the master bath.

And by buying it, you’ll show your appreciation for a neighborhood’s past, present and future.

OTHER STUFF: Two parking spaces in a lot at the back also come with this home.