Now that SEPTA has agreed on a route for the proposed King of Prussia rail extension that would connect the mall town to the Norristown High Speed Line, we look at other unfulfilled suburban rail proposals. 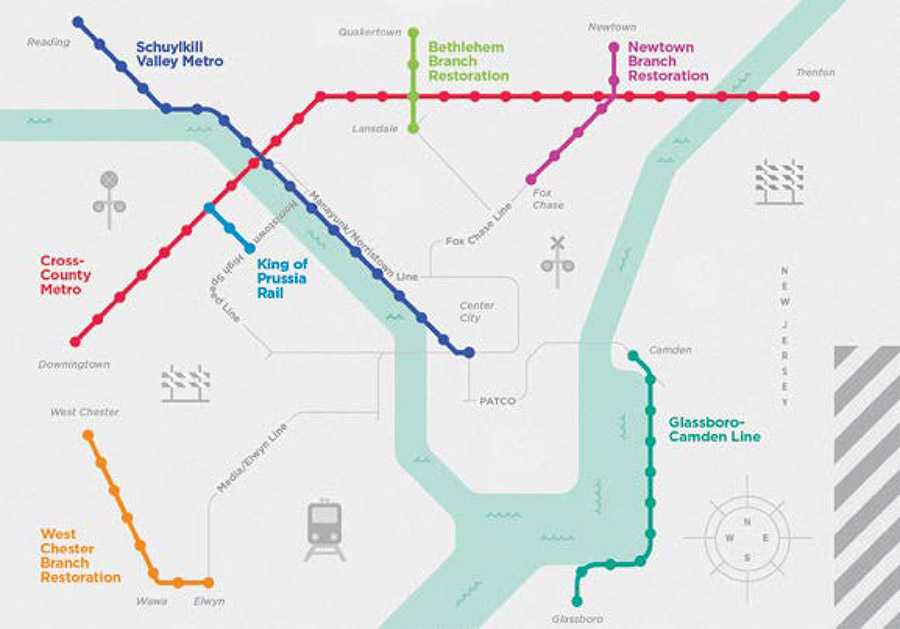 Proposed: 2011.
Goal: Restore service from Elwyn to West Chester.
Proponents: West Chester.
Opponents: None at present.
Fate: Restoration as far as Wawa is now under way, with service expected to resume in 2020. A new study by PennDOT and SEPTA wrapped earlier this year.

Proposed: 2000.
Goal: Bring back service between Lansdale and Quakertown.
Proponents: Montco and Bucks communities along the line.
Opponents: None at present.
Fate: Current plans call for restoring service as far as Perkasie. DVRPC and SEPTA are scouting for funding.

Proposed: Mid-1980s.
Goal: Restore service between Fox Chase and Newtown.
Proponents: Growth-minded Bucks County officials.
Opponents: Montco communities along the line, who cherish their peace and quiet.
Fate: After a test using diesel railcars proved disappointing and an attempt to electrify the line flopped, Montco converted part of the route to a trail.

Published as “Rails to Nowhere” in the March 2018 issue of Philadelphia magazine.