The basis for the dueling predictions? JLL's annual commercial-real-estate market predictor, which it says has picked the winner about 70 percent of the time. 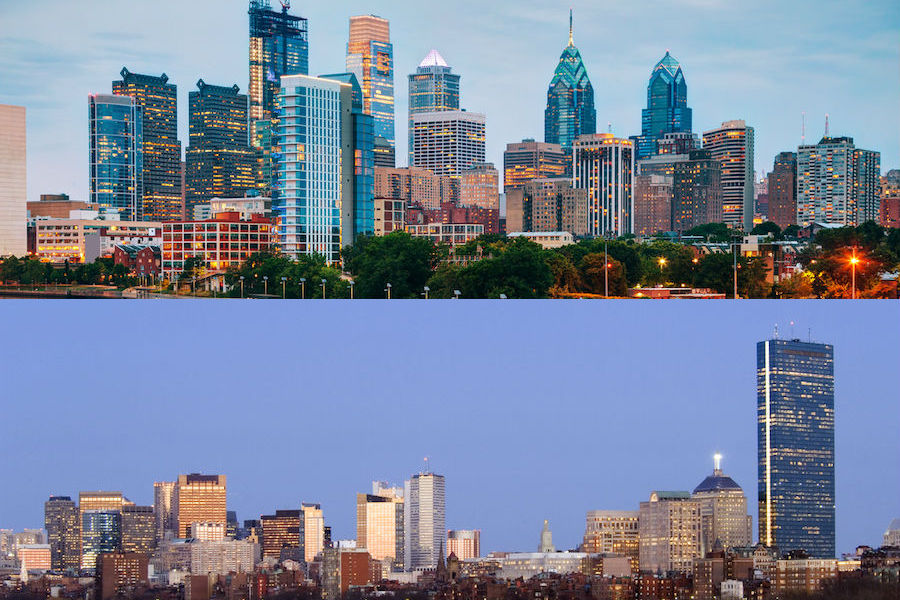 So how will Sunday’s Super Bowl proceed?

If it performs like the commercial real estate market in Philadelphia has performed, the New England Patriots will manhandle the Philadelphia Eagles for the first three quarters before the Eagles roll over them in the last one.

Or at least so says JLL. Well, some people at JLL, anyway.

This year, JLL says the two teams come in very closely matched. Philly holds an edge on defense, with a commercial vacancy rate of 10.9 percent compared with Boston’s 13.5 percent. But the Philly offense, which has been lackluster for several quarters, came to life in the fourth quarter of 2017. Four large deals totaling 527,000 square feet were completed in that one quarter, bringing the total space leased this year to more than two million square feet.

Unfortunately for Philly, Boston owned that stat, with total leasing of 6.47 million square feet in 2017. But when it comes to net absorption (space leased minus space vacated), the two cities were neck and neck: commercial tenants in Philly signed up for 599,000 additional square feet of space, a mere 2,000 fewer square feet than the 601,000 Boston tenants added.

Sounds like a classic Birds nail-biter, a situation they’ve faced several times this year and prevailed. So how’s JLL calling it?

It turns out that the head of JLL’s Americas division is Pro Football Hall of Famer (and former Cowboys quarterback) Roger Staubach, who gives the edge to the Pats in his prediction based on the Boston market’s track record. (Just like a Cowboy.)

The brass at JLL’s Philadelphia office aren’t buying it.

“Philadelphia is splitting the uprights in both sports and commercial real estate,” Mike Morrone, JLL’s Philadelphia market director, said in a release. “Continuously, the city proves to be a top destination for corporations looking to capitalize on Philadelphia’s deep talent pipeline of those who are drawn to the city’s low cost of living and exceptional quality of life. We’ve solidified our position as a major business hub of the Northeast region – a veritable powerhouse that attracts and inspires.”

Put bluntly, not only has the performance of Philly’s commercial real estate market inspired confidence this season, so has the Eagles’ performance in the playoffs, where they’ve been the underdog in both games. Like Morrone, we too predict the Eagles will absorb lots of square footage on the playing field this Sunday, enough to emerge victorious.

Even if they give us agita before the halftime show.