On the Market at the Shore: Entire Block in Downtown Avalon

The property includes the town’s most popular nightspot. It offers a huge blank slate upon which one could build just about anything — except a hotel, it seems. 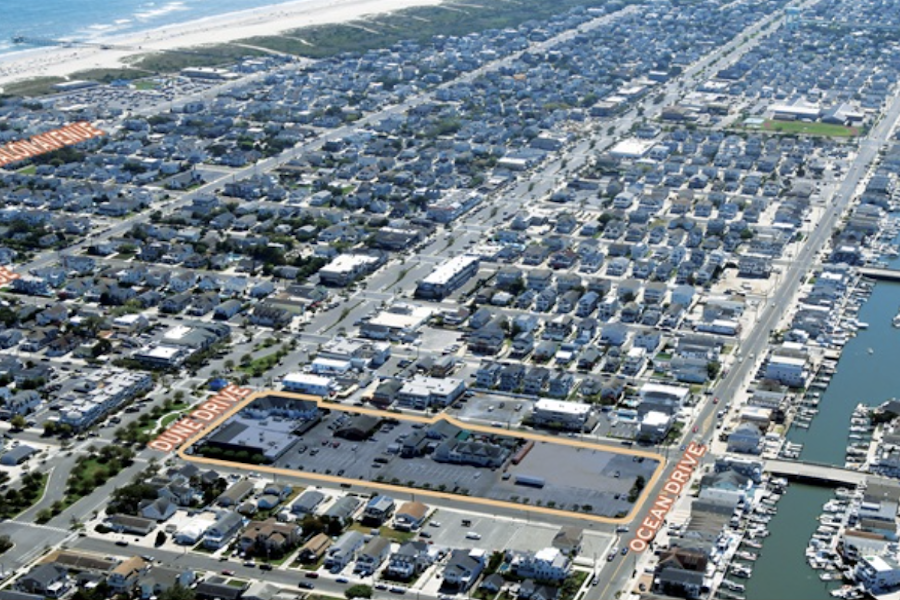 An aerial view of Avalon with the block for sale outlined. / Photographs via CBRE

If you’re one of the tens of thousands of people who cause Avalon’s population to rise somewhere on the order of a hundredfold in the summer, this story will be of interest to you, even if you have no interest in becoming a developer.

The family that has owned the Princeton, the only nightspot in downtown Avalon, is putting it up for sale — along with the two other businesses they own, the Sea Grill restaurant and the Whitebrier bar, and the city block that contains all three.

The block, bounded by 20th and 21st streets and Dune and Ocean drives, is located at the north edge of Avalon’s low-key downtown. The Zurawski family has owned the entire block for more than 30 years, and the Princeton dates to the 1970s.

Jack Vizzard, a broker at BHHS Fox & Roach Realtors whose family has lived here for four generations, says the block became mostly vacant when the Zurawskis decided they wanted to build a hotel on it.

According to him, a small group of residents derailed the hotel proposal. “It’s a very boisterous group in a little town — there are only a few hundred of us in the winter,” he says. The most recent census estimates put Avalon’s year-round population at 1,216, making it the larger of the two tony boroughs that share Seven Mile Island.

“So they’re 30 people who make a lot of noise and get a lot of attention from the Borough Council,” he continues. Unwilling to displease this group, the council rejected the Zurawskis’ application for a permit to build the hotel about four years ago.

Details of the property’s constituent parts

Since then, the site has consisted of what you see above: the three businesses, a parking lot and a cleared patch of land on the Ocean Drive side of the lot. This, the flyer CBRE produced to market the property states, is the prime development opportunity. It’s also where the hotel would have gone.

The Princeton is the cash cow that makes everything else possible. With three bars, a restaurant and a dance floor, it attracts vacationers and residents of all ages. It pulls in about $10 million in revenue a year, according to the marketing flyer, and it makes a net profit of about $3.5 million, according to Vizzard: “It’s not a bad way to make a living.”

But the site has additional development potential. Vizzard says that were he advising a buyer interested in purchasing the property, he would recommend they close the Whitebrier and Sea Grill and develop the rest of the property as single-family houses, which would raise no hackles among the noisemakers.

But the lot is zoned B-1, which means that just about anything commercial or residential could be built on it, including condos or apartments over commercial space. Just don’t try proposing another hotel, at least not now. Even though a Philadelphia Inquirer report on the sale states that the borough is considering establishing a boutique hotel zone in its downtown, Vizzard says that right now, pursuing a hotel would make little sense because of the community dynamics.

Mixed residential and retail development, however, might add more vitality to downtown Avalon. Even though it boasts that it’s “cooler by a mile” than its Seven Mile Island neighbor Stone Harbor (because it juts out further into the ocean), Stone Harbor’s downtown has more going on in the way of food and drink. And all of Avalon’s other hotels and (much smaller) bars sit at its southern edge, just above 80th Street, the Stone Harbor borough line. 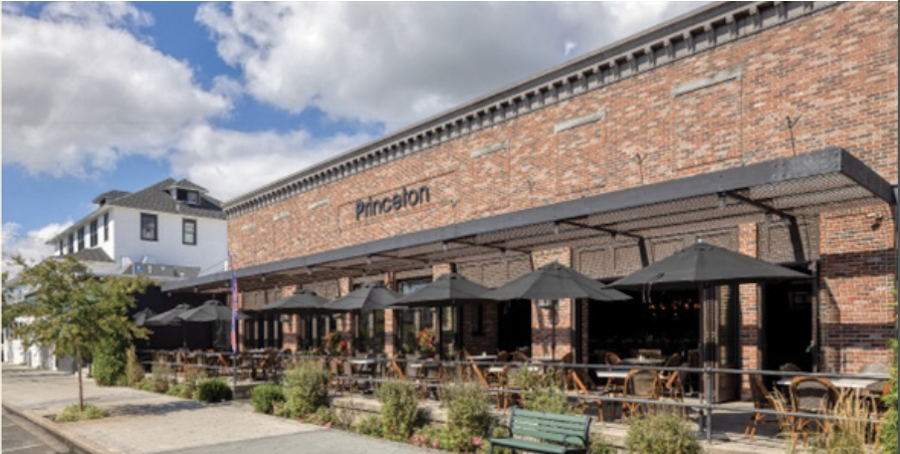 In business since the 1970s, The Princeton is Avalon’s largest and most popular nightspot and the only place in town that combines three bars, a restaurant, a music venue and a dance floor

Whoever buys this property will be buying into one of the most affluent and priciest communities on the Jersey Shore. Avalon’s zip code, 08202, has been identified as one of the 100 most expensive in the United States, with average house values somewhere north of $3.4 million. Single-family houses in the borough sold for $4 million on average in 2022.

The block consists of five separate parcels of land totaling 3.12 acres. The asking price has not been published, but Vizzard says the Zurawskis would like to get somewhere in the mid-$60 millions for it. The amount of business the establishments do would support about half of that asking price.

The price also includes two liquor licenses — one for the Whitebrier and the other shared by the Princeton and the Sea Grill, which is currently closed. Each license is worth about $1.5 million on its own. Following Vizzard’s advice, a buyer could sell that second license — or they could hang onto it and offer it to someone willing to operate another restaurant on the site.

CBRE in Radnor is marketing the property, which is currently not listed on its website. Qualified buyers should call 610-251-0820 to obtain information about the offering.