You now have a chance to write the next chapter in the story of a storied Philadelphia restaurant and cabaret while you “live over the store.” 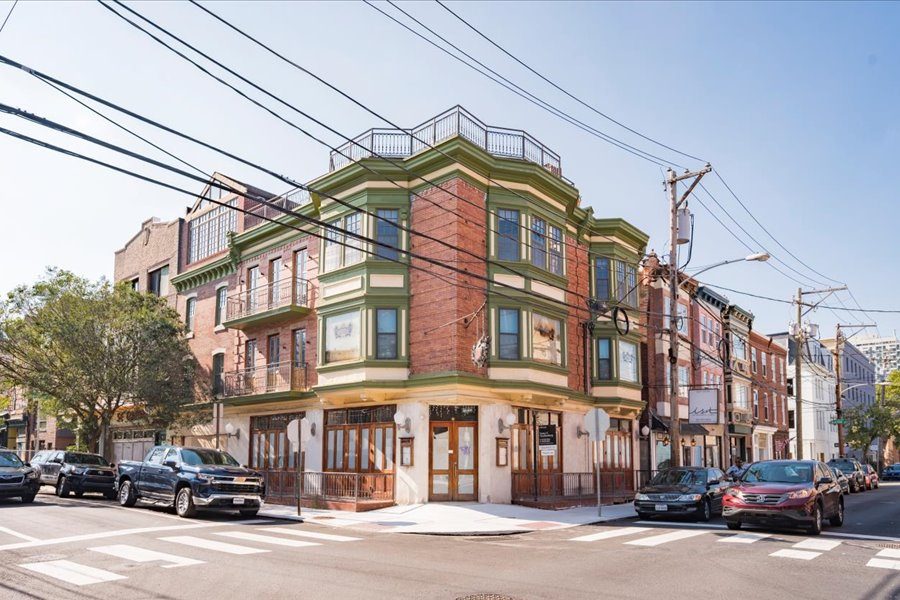 The owners of this Philadelphia landmark have gone on to run a similar landmark in New York. That opens the door for you to own a legendary Philadelphia restaurant and cabaret with a residence above at 624-26 S. 6th St., Philadelphia, PA 19147. Thousands of cabaret fans would love to see a revival of what had been — but ultimately, what you make of this space is up to you. | Photos: Tara Durkin, Alcove Media, via Compass Real Estate unless otherwise noted

If you are, your ship has just come in in the form of this Queen Village restaurant and house for sale.

Cabaret fans and lovers of casual French dining will recognize this structure immediately. From 1998 until early 2020, it housed the Beau Monde creperie. (L’Étage cabaret was added in 2003, and also closed in 2020.)

By that time, owners Jim Caiola and David Salama had also been running New York’s storied Tavern on the Green for six years. 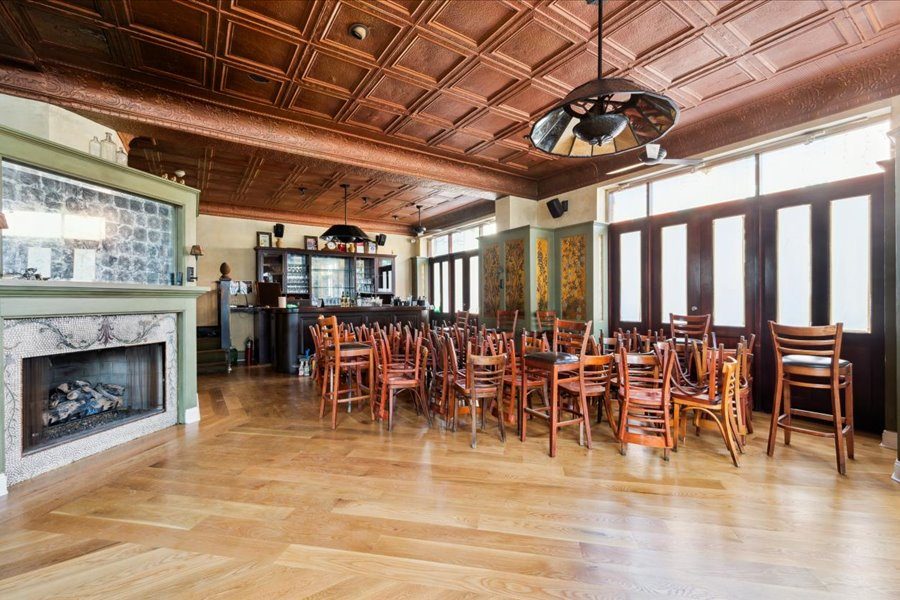 By the time the COVID shutdowns took effect in March 2020, says Salama, “we had taken up permanent residence in New York already, so we were just going back and forth managing restaurants.” And one of the things they had to do down here was repair damage to the restaurant and its equipment caused by a massive water main break right outside its front door in July of 2019. 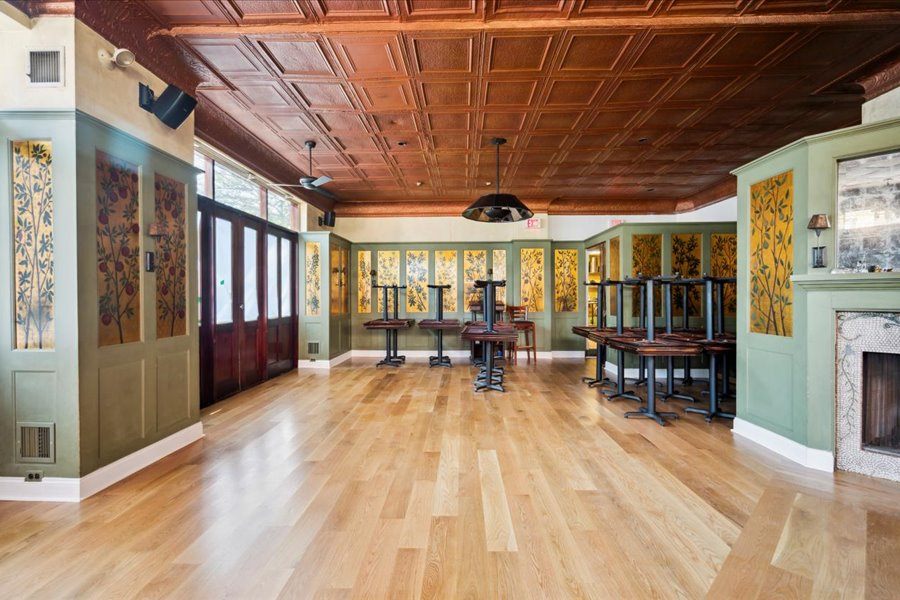 The L-shaped dining room’s floors and interiors have been restored, as have the decks located on the other side of the French doors

“I think the pandemic really sealed it for us,” says Salama. “It was just too much to handle, trying to revamp a restaurant without the presence you would need to really reopen a restaurant.”

But because Caiola and Salama did fix all the damage and repair the basic systems that served the restaurant and cabaret — the separate systems that served their own residence above these were undamaged by the flood — this place is all ready for a new owner-operator to just walk right in. The liquor license is even included with the sale. 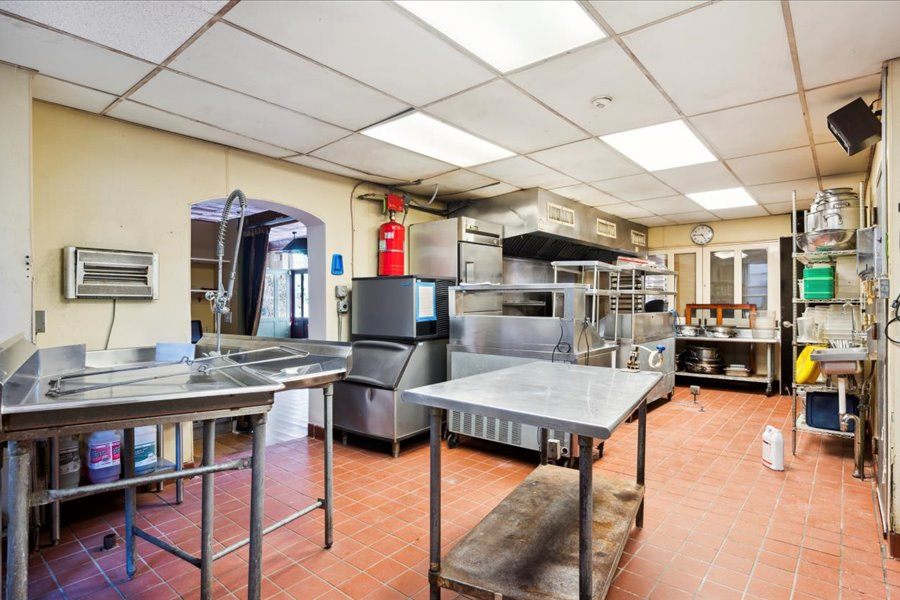 The kitchen has also been fully restored. The inclusion of the liquor license in the sale makes this a turn-key operation, but you will no doubt want to put your own stamp on it first before reopening it

And while Salama notes that a new owner-operator will no doubt want to put their own stamp on the place, anyone who buys it should be aware that, like Tavern on the Green, this two-story restaurant and cabaret has its own legacy worth paying attention to. 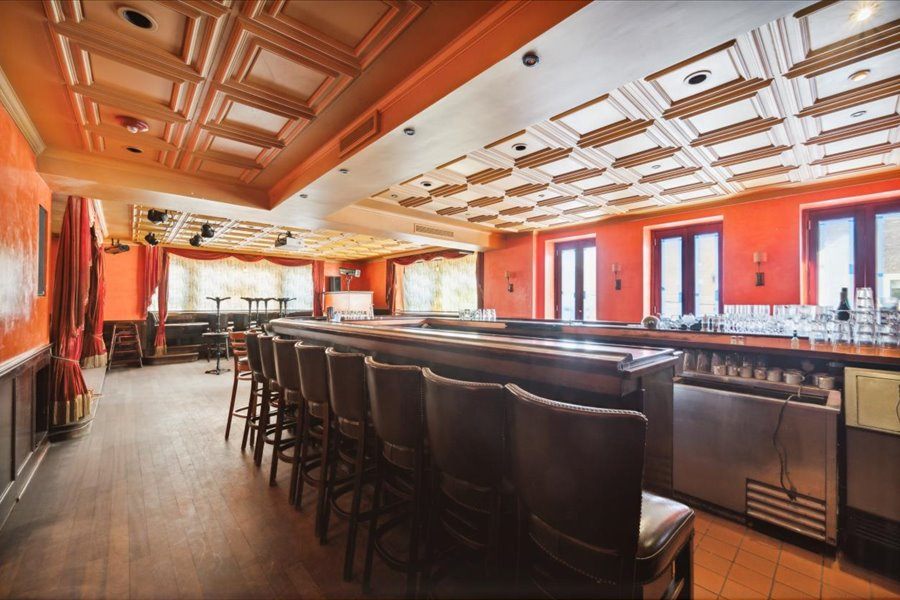 The intimate bar and auditorium at L’Étage cabaret

Especially upstairs, where L’Étage hosted several of the hottest cabaret acts in town over its illustrious history. 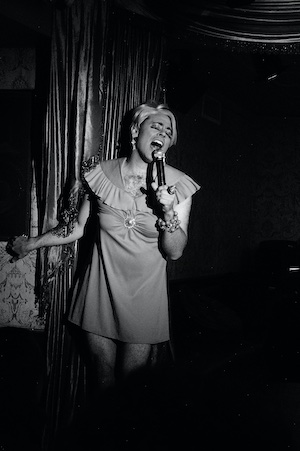 None are as memorable as Martha Graham Cracker. Performer Dito van Reigersberg’s alter ego and L’Étage are literally joined at birth: After testing his drag persona as a backup singer in my colleague Victor Fiorillo’s previous band, the cabaret — which opened after the restaurant — approached van Reigersberg and Fiorillo about putting on a show featuring Martha Graham Cracker there. They accepted the invitation in 2005, and the rest is history.

“If it weren’t for Jim and David and L’Étage, I don’t think we’d be performing still today,” says van Reigersberg. “Over 15 years, they gave me a monthly gig and that enormous opportunity made the character grow and develop and become who she is today.”

“I suspect a lot of people would love to see that come back,” says Salama.

This writer certainly would.

But what makes this local dining and entertainment landmark even more appealing to a new owner is: It comes with its own residence above the store.

Caiola and Salama added their “apartment over the store” to the building in 2002, turning its third floor into a spacious and gracious residence and adding a penthouse to its roof. 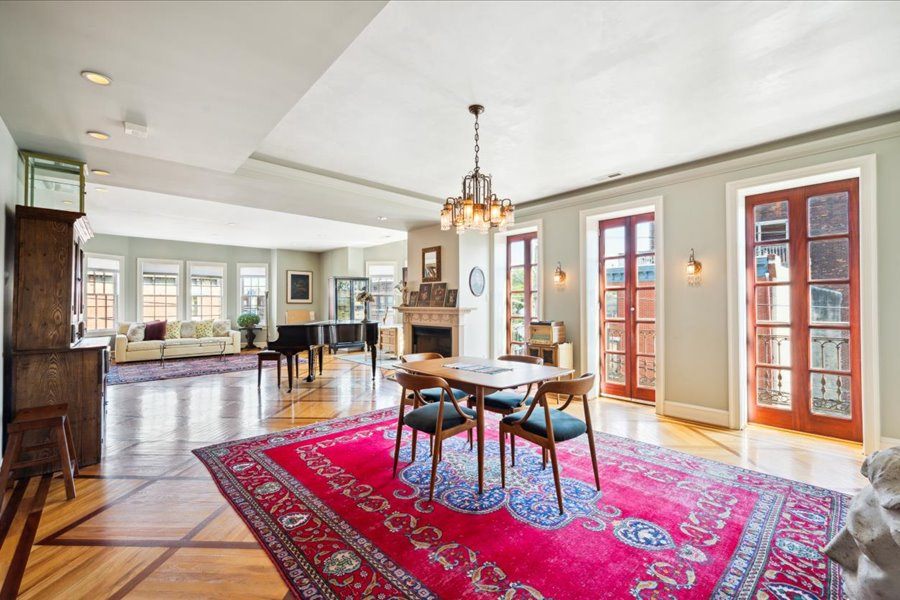 The residence has its own separate entrance on Bainbridge Street. The third floor contains its main living and entertainment spaces. 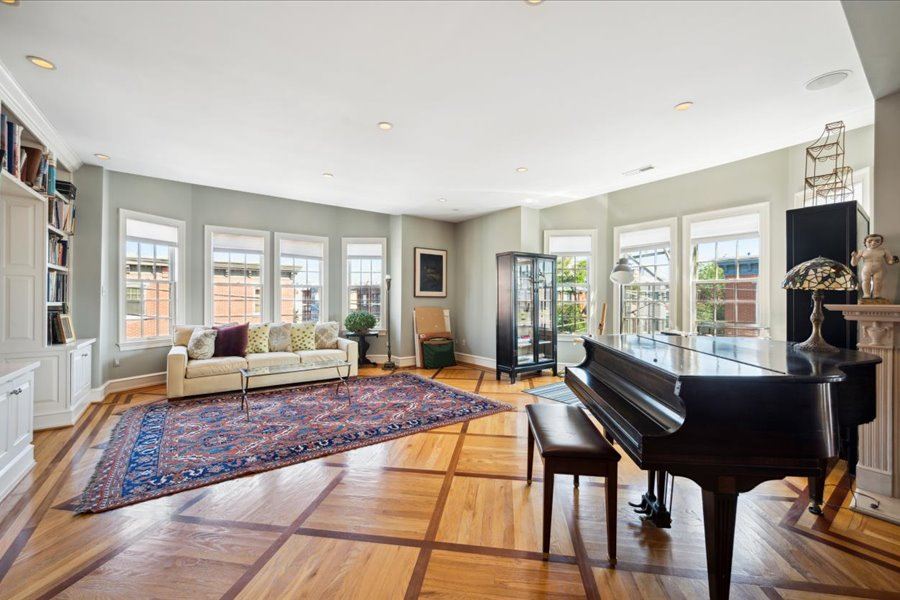 The large, open living and dining room is big enough to hold your own private cabaret dinner. A marble gas fireplace sits in between the two spaces. 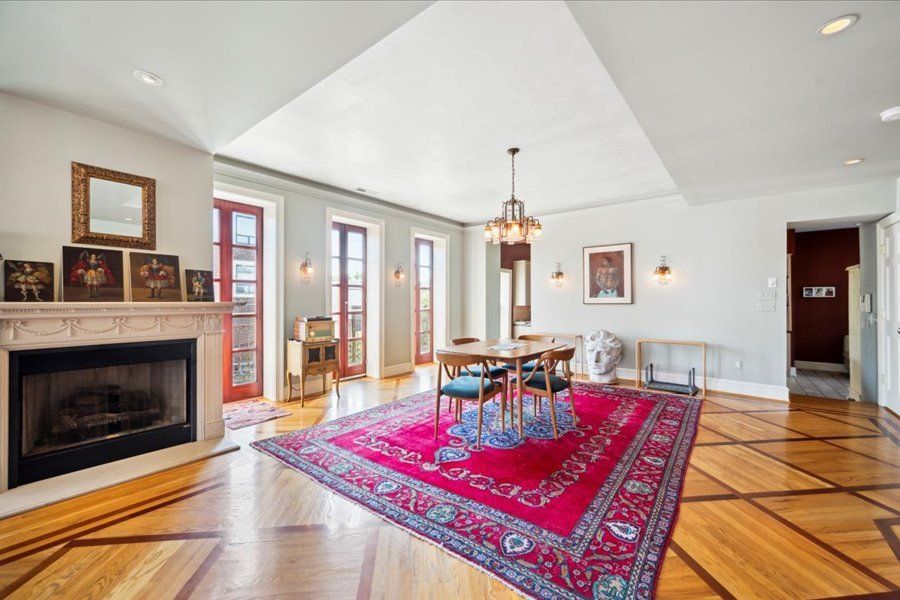 French doors next to the dining room open onto a balcony identical to the one on the floor below. You might also note that the dining-room lighting fixtures have the same sort of Art Nouveau accents that grace the restaurant below. 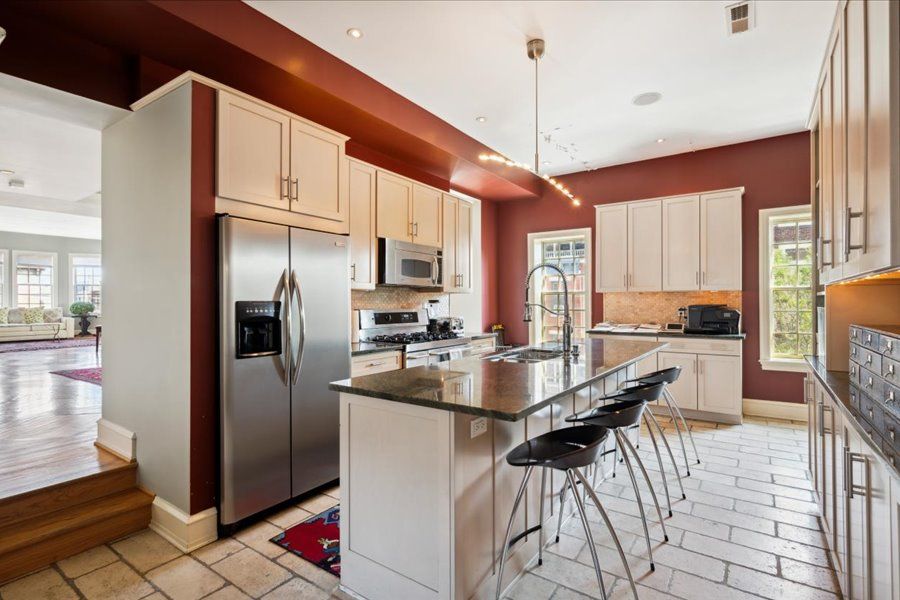 A fully equipped chef’s kitchen connects to the dining room via two doorways with two steps each. 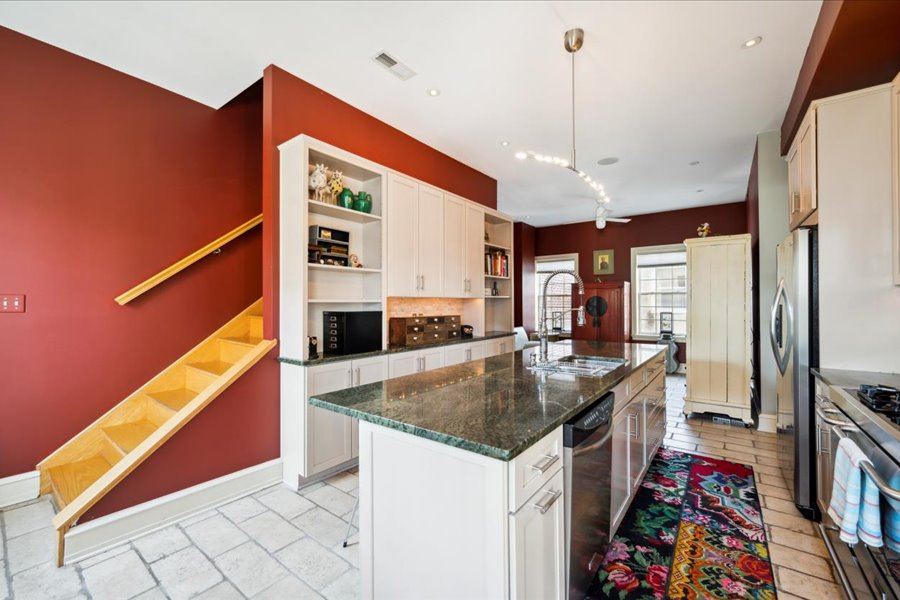 And a staircase leads from the kitchen up to the penthouse. 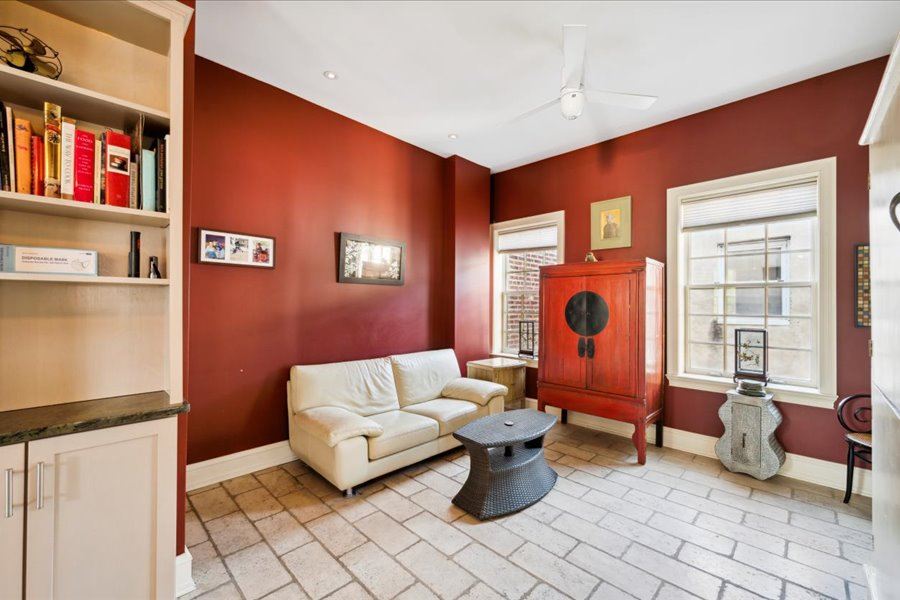 The stairs from the entrance lead to this flex space next to the kitchen. It could serve as a den, as here, or a home office, or a mud room thanks to its tile floor. 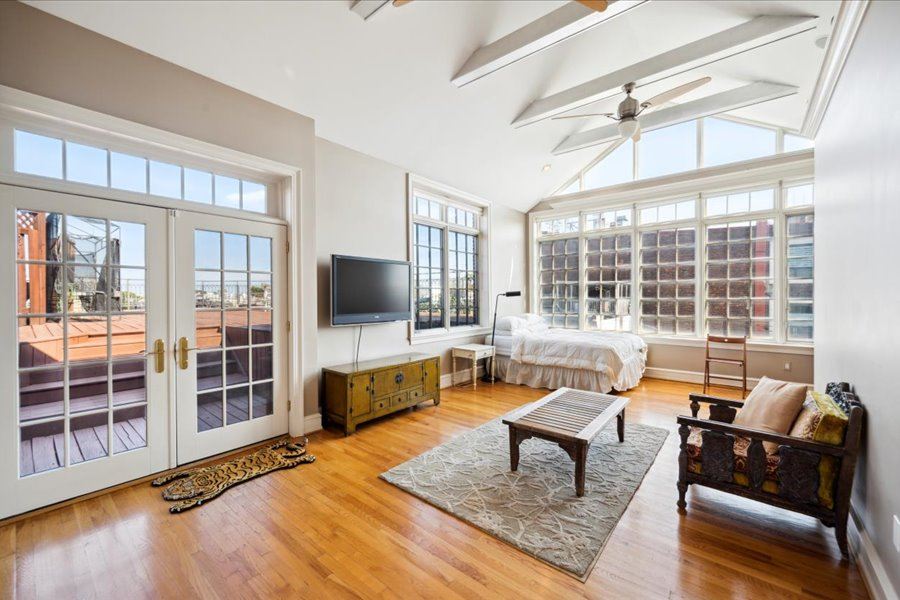 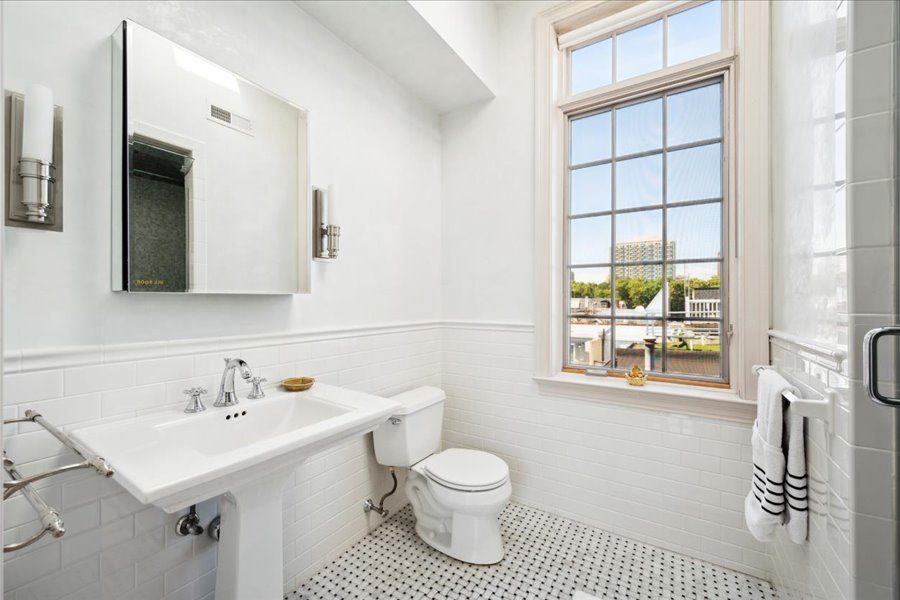 The penthouse contains a light and airy primary bedroom suite with glass-block walls on one side and a full bath on the other. 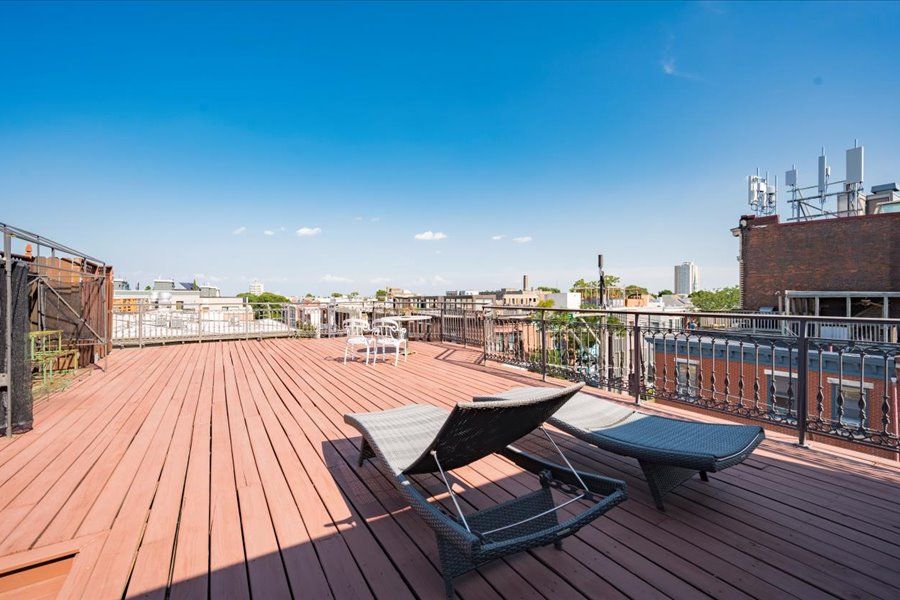 French doors lead from this space to a huge roof deck with panoramic views and a hot tub.

However, if you prefer, you could configure this space as a den or family room instead and use the smaller but more sumptuous suite on the main floor as your primary sleeping quarters. 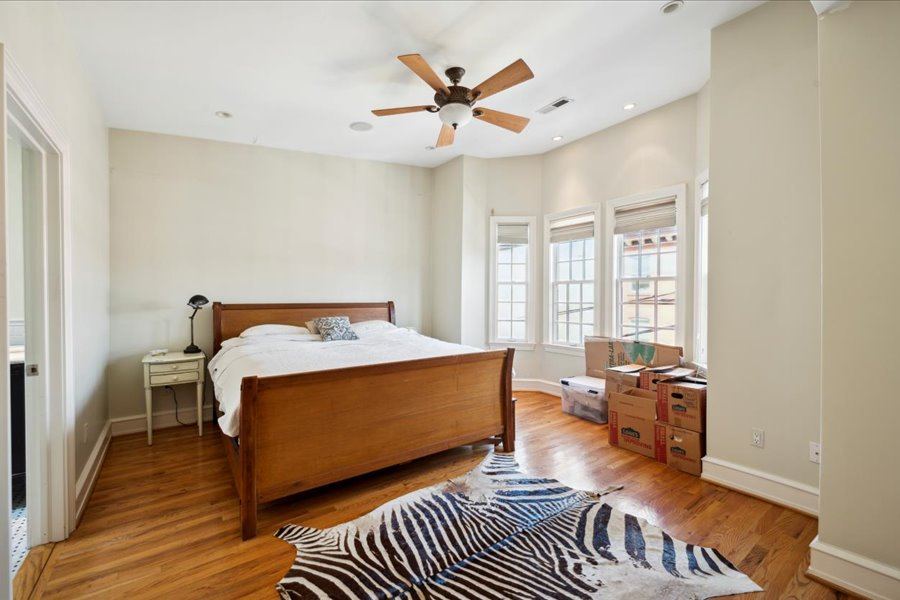 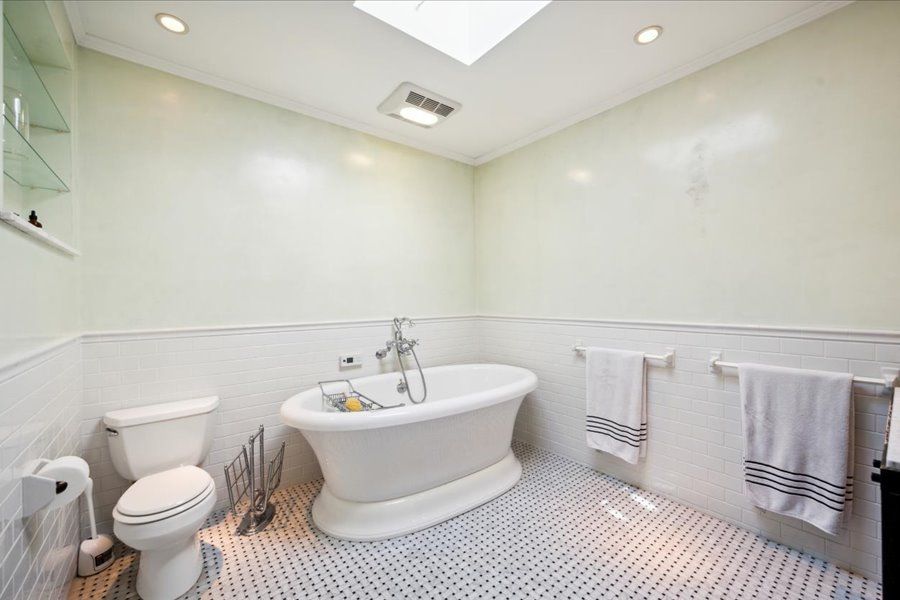 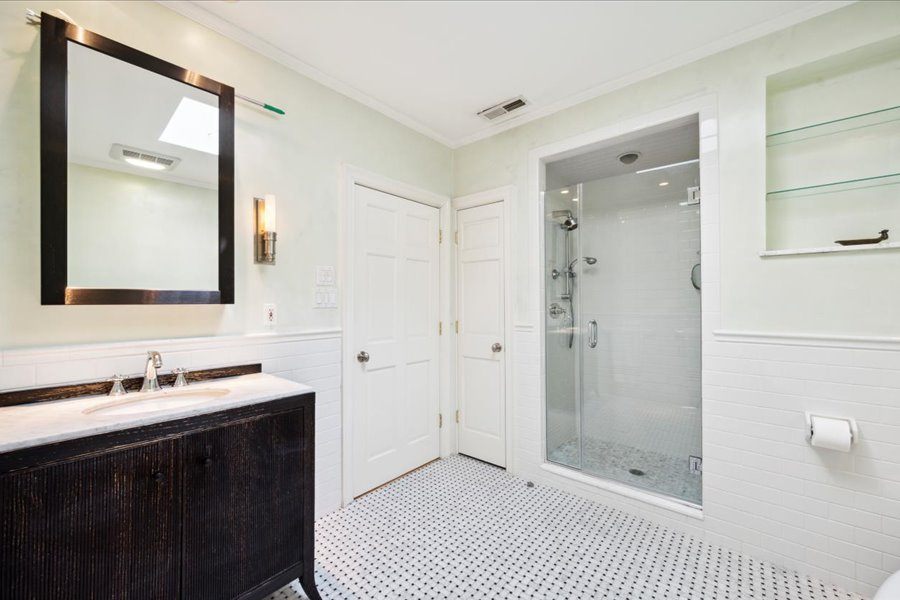 And its bathroom features a soaking tub in addition to a custom vanity and a shower. A third bedroom sits off the corridor leading inward from the dining room, where you will also find a full hall bath.

I don’t need to tell you about its location. Buy this Queen Village restaurant and house for sale, reopen the restaurant and cabaret, and people will be coming to see you. But when you need a break from work (as if you will get one, given the nature of the restaurant business), you have many fine establishments and activities to choose from within walking distance, from the Delaware riverfront to the Italian Market and beyond.

So whaddaya say, budding restaurant owner? A once-in-a-lifetime opportunity to own a one-of-its-kind dining room and cabaret now knock at your door.

SQUARE FEET: 7,500, including both the residence and the commercial space

OTHER STUFF: Don’t want to jump into ownership right now? The sellers are willing to consider a lease of the property, which is zoned for neighborhood commercial mixed-use.