The building's owner and chief tenant treated the construction crews to a fancy lunch after the last beam was hoisted into place. 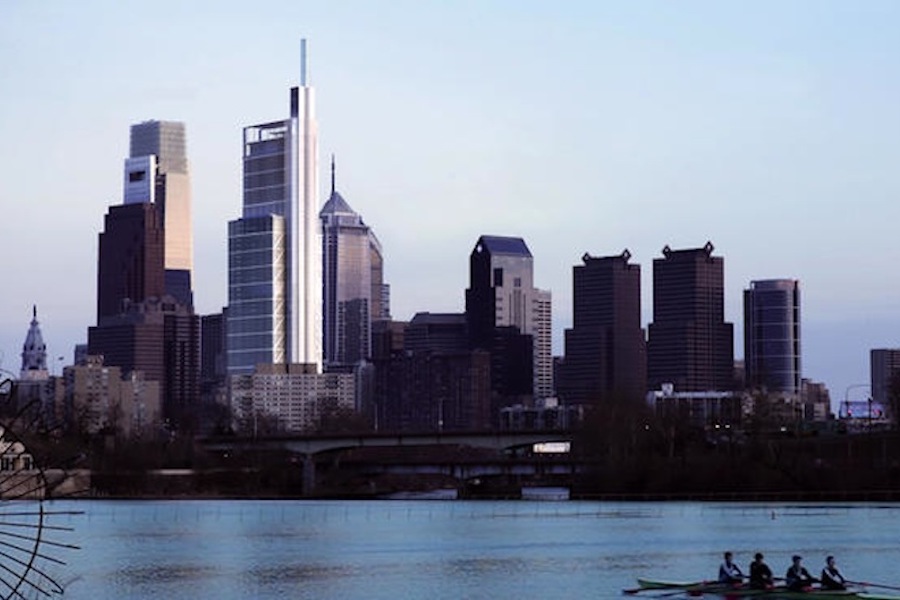 It’s not quite finished yet, but its frame is complete. | Rendering: Norman Foster + Partners via NBC10

At 11:43 a.m. today, the last beam of the Comcast Technology Center’s steel frame was hoisted into place some 1,120 or so feet above 19th and Arch streets.

Officials of Comcast Corporation, Liberty Property Trust execs and more than 1,200 construction workers then sat down to a lunch prepared by star chef Greg Vernick.

The building marks not only Comcast’s continued growth but also its transition from a cable-TV firm to a technology company in Roberts’ view, according to the report.

So far, the project has yet to claim a life, though there were a few injuries on the job.

The 60-story tower is the tallest building outside New York and Chicago.  In addition to housing Comcast offices, the tower will have a Four Seasons hotel on its topmost floors and a restaurant run by Vernick on its ground floor. The lunch was served in the space that will become the restaurant.

The beam that was hoisted today is not the topmost beam on the building. That went up a few weeks ago. Workers attached a statue of William Penn atop it so as not to jinx the Philadelphia Eagles’ playoff chances.