Radnor Property Group made out nicely on the sale of the building, which cost $92.5 million to build two years ago. 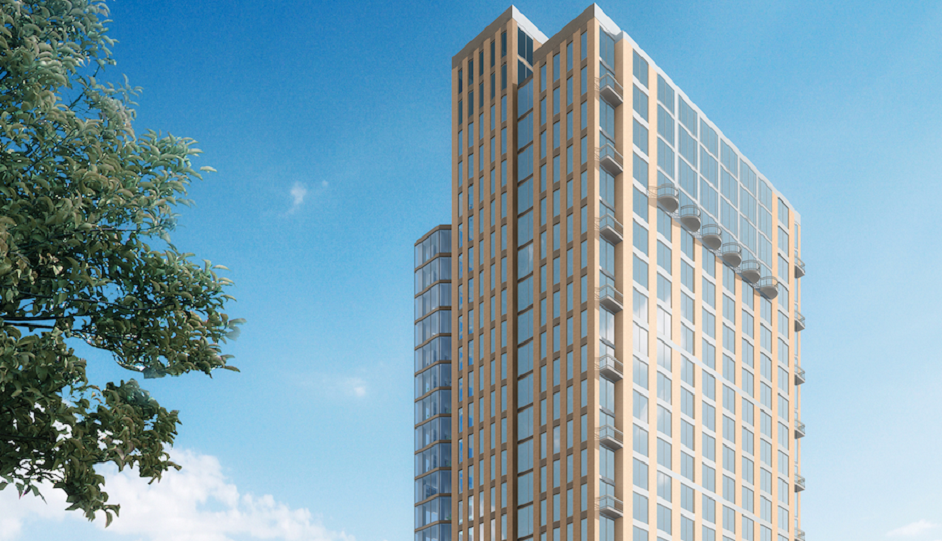 One of the first of the new high-rise apartment towers that are reshaping the University City skyline has a new owner: Radnor Property Group announced today that it had sold 3737 Chestnut, a project developed in partnership with the Philadelphia Episcopal Cathedral, to a joint venture of Korman Residential and The Carlyle Group for $118 million.

That’s a very nice return on Radnor’s original $92.5 million investment in the project, which was completed in the fall of 2015.

One of the factors contributing to the strong sale is the building’s occupancy status: all 276 of the apartments in the 26-story tower are currently occupied.

“We’re fully leased, our rents continue to increase, and it’s in a wonderful and vibrant area. It was a great opportunity that we could not resist,” he says.

Yeager went on to note that it’s important for developers like Radnor to deliver results to their investors, and that also played a factor in the timing of the sale. “It’s important to show our investor base successful investments that are harvested,” he says. “So given where we were, it made sense to harvest it when we did.

The buyers both have established track records in property management and development. Korman Residential is one of the largest developers and managers of residential communities in the region, and the Carlyle Group is a global alternative asset management firm headquartered in Washington with more than $162 billion in assets under management.

“Korman has a good local pedigree,” Yeager says, but in this deal, “they also come tethered to major institutional capital. It indicates again how Philadelphia is on the radar screen for major national and international investment firms.”

Yeager says Radnor remains bullish on Philadelphia in general and University City in particular. The firm is wrapping up work on Vue32 as the first tenants move into the 162-unit tower developed in partnership with Drexel University. Meanwhile, just a short distance from City Hall, the firm has just begun work on the 279-unit first phase of The Hamilton, a luxury residential project being developed in partnership with Community College of Philadelphia.

Each of these projects provide benefits for the institutional partner as well. 3737 Chestnut, for instance, includes new office space, a community center and a childcare center with rooftop playground for the Episcopal Cathedral, elements that led the Urban Land Institute Philadelphia District Council to bestow a Willard Rouse Award on the project in 2016.

“We will continue to look for strategic relationships with institutions like the Episcopal Cathedral, CCP, Drexel and Penn,” Yeager says. “It’s our niche to develop creative projects with partners like these. There are a lot of good things happening in the city, and we think they’ll continue to happen.”