New Senior Tower Owner to Residents: “Get Out (More)!”

A redesign of the 50-year-old John Fox Tower by its new owner aims to get residents out of their units and actively engaged with one another. 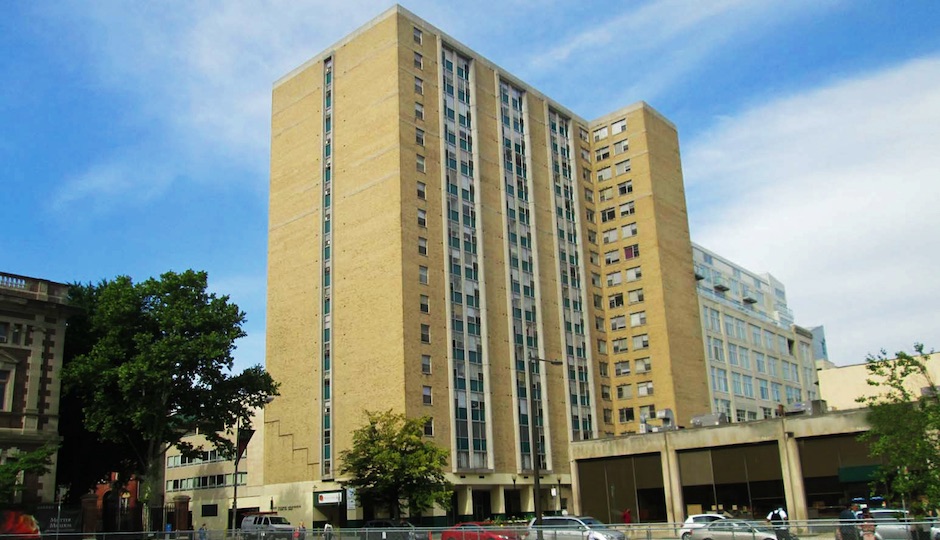 The building that opened 50 years ago as the Sidney Hillman Apartments at 22nd and Ludlow streets has a new name, a new owner and a new mission: To maximize the happiness of its older residents.

The new name is the John Fox Tower, a name chosen to reduce confusion with other monuments to legendary garment workers’ union leader Sidney Hillman’s legacy while continuing to recognize the role its builder, the Amalgamated Clothing Workers Union, played in creating this facility. The new owner of the building is the Vitus Group, a developer of affordable “communities of opportunity” in 21 states from coast to coast. And one of the ways Vitus aims to fulfill its mission is by getting the complex’s residents out more often.

The means the company is using to do this is known as “active design.” Elements of this design include a new indoor community garden, an activity space with a kitchenette, and an improved library and computer room.

The goal is to help residents live a more active and healthy lifestyle, said Scott Langan, director of development at Vitus, but he does understand that for an aged population, there are limits to what that means. “The reality is that the average age of the tenants is north of 75, so while we totally love active design and want people to get out of their apartments, we’re not so bold as to believe they will do lots of exercise,” he said.

“We’re into active design in terms of getting residents out of their apartments and engaged with the community. They’re sitting in their apartments, their families aren’t visiting them, and the lack of electricity in their brains” — mental stimulation, in other words — “is getting to them.”

Active design isn’t the only thing Vitus is adding to the building. It’s also getting totally new guts, and 259 of the building’s 273 apartments will get top-to-bottom makeovers. The new climate control system, exterior lighting, water heater and roof will make the building far more energy efficient, realizing savings of 35 percent on its operating costs. The apartments will also be more energy efficient, with LED lighting and Energy Star-rated appliances.

Vitus will also add 14 ADA-compliant units with roll-in showers and six units for the visually and hearing impaired.

Vitus’ interest in maximizing the happiness of its buildings’ residents may have an element of altruism in it, but it’s also good for the company’s bottom line. “My partner Steve Wyatt and I see ourselves as optimistic real estate developers,” Langan said. “We want our tenants to be happier, and from a selfish point of view, the happier our tenants are, the more likely they will live longer and the lower the turnover will be.”

Langan praised the building’s former owner, now called Workers United, for its stewardship of the building. “The seller and the property manager did a really good job of maintaining this building,” he said. “We were able to get this property at a decent enough price to do a rehab that will make it really nice again. We’re putting $25 million into this building so it will look new inside and out.

“The rehab will [keep the building in good physical shape] for the next 30 years, but the union was smart” — it retained ownership of the ground beneath the building. “As a condition of the ground lease, they have mandated that the building remain affordable for 99 years.”

The John Fox Towers is the third senior living community Vitus has acquired and rehabbed in Philadelphia. Last year, it bought the Four Freedoms House in Germantown and the Philip Murray House in West Oak Lane and has redone both buildings.