The mega-builder with three careers may well be the ultimate survivor in Philadelphia's development community. 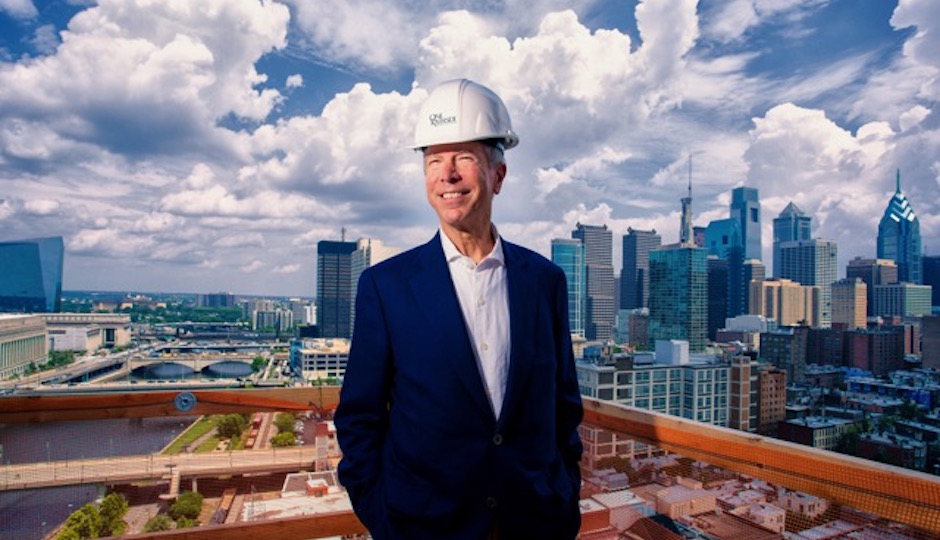 Carl Dranoff atop his One Riverside condo. | Photo: Jeff Fusco

“Those who succeed over the years can steer their way through choppy waters, and that includes things you can’t control.”

Carl Dranoff, the man who said that, should know. The CEO of Dranoff Properties rode historic preservation to national prominence before a change in the law brought his business to its knees. The lessons he learned from that career setback have informed the rise of his business and his development strategy since then.

“Actually, I’ve had three careers,” said Dranoff. His first was as a garden-variety home builder. The firm he founded in 1975 built single-family tract houses, working principally with Kaufman & Broad, whose South Jersey division he managed. “That was where I cut my teeth on mass production.”

But his first foray into mass-produced suburban single-family tract homes was also his last. Ever since, he has focused on the multifamily market, with an emphasis on urban development.

Dranoff made a name for himself when he and partner Steve Solms got into the rehabilitation business with the establishment of what became Historic Landmarks for Living in 1982. “It started out with a small project on Letitia Street and grew to completing 66 buildings in seven years. Steve and I partnered to become the largest rehabber of residential structures in America.”

Dranoff and Solms took advantage of a provision in the Economic Redevelopment Act, a law passed at the dawn of the 1980s, that provided generous incentives for the recycling of old buildings for new purposes. During this first ride to the top, Historic Landmarks for Living converted Old City factories, a historic eye hospital in Spring Garden, a Broad Street auto dealership and more into apartments that remain prime properties to this day; the company also restored a turn-of-the-century apartment building in Rittenhouse to its original glory.

“We did 30 buildings in Philadelphia, then we couldn’t find any more large buildings to restore, so we knew we had to take our playbook elsewhere,” Dranoff said. The firm took on projects in Baltimore, Pittsburgh and Milwaukee, and had set its sights on more buildings in other cities. “But what the government giveth, the government taketh away, and in 1986, the law changed. We had to pull in our horns and stop developing.”

Dranoff and Solms dissolved their partnership, with Solms taking over what became a property management company that was later sold to Reinhold Residential. “The company survived. We all had battle scars from it, but we learned lessons.”

The biggest lesson Dranoff learned was that you needed a pile of cash as a cushion to absorb the blows when the inevitable storms hit.

“I also learned that you have to see the trends, be ahead of the trends, set the trends and be a contrarian,” he said. “That means zigging when other people are zagging. It means getting sites before bigger, better-funded companies. That has allowed us to identify neighborhoods and cities that are ripe for development.”

Dranoff Properties returned to the game in the same manner his previous firm entered it, with an adaptive reuse of a well-known landmark, the former National Publishing Company building on the Schuylkill riverfront. 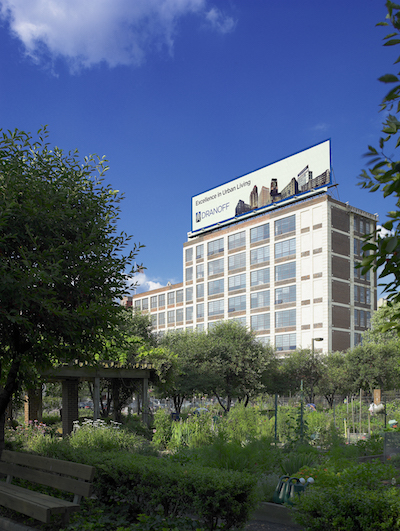 Locust on the Park | Building photos via Dranoff Properties

“When we started Locust on the Park, [the central Schuylkill riverfront] was a forlorn area. Schuylkill River Park was just a dream; the park that was there at the time was known as ‘Needle Park.’ But it was right in the middle of what was starting to happen in Center City and University City.”

Dranoff described the development scene at the time as dismal: “A major rehab in Philadelphia at the time was when someone redid their front porch.” That changed when the city passed a law in 1997 granting a 10-year property tax abatement for renovated residential buildings, a break extended a few years later to new construction. Dranoff helped shape the legislation along with Center City District Executive Director Paul Levy and Ed Rendell, who was mayor when the idea was first hatched; it became law on the watch of his successor, John Street.

“Locust on the Park was the first large-scale rehab to take advantage of the tax abatement,” he said. “It had an enormous impact on the Fitler Square neighborhood.” (Perhaps ironically, the building sits across Locust Street from one of Historic Landmarks for Living’s early conversions, Locust Point.) 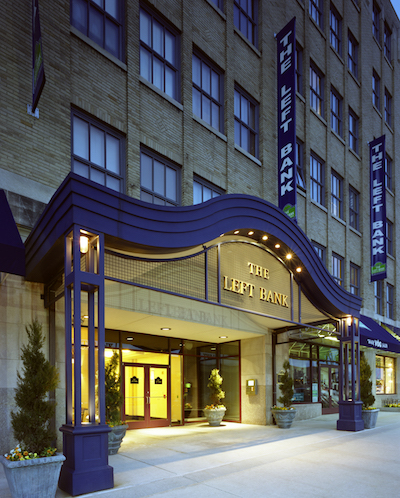 Its success led the University of Pennsylvania to select him to redevelop the former Pennsylvania Railroad freight warehouse it owned at 32nd and Chestnut streets. That project became The Left Bank, Dranoff’s first major mixed-use development; about half of its apartments face a large landscaped interior courtyard he carved out of the warehouse’s middle.

“The project had an impact not only on Penn but on Drexel, whose main building entrance faces this one.”

Here again was a case where Dranoff saw opportunity others in this city missed. “Most banks turned us down [for financing] because they didn’t see a market for market-rate apartments in University City,” he said. “We ended up using a bank from outside Philadelphia. The same thing happened for our next project, The Victor.” 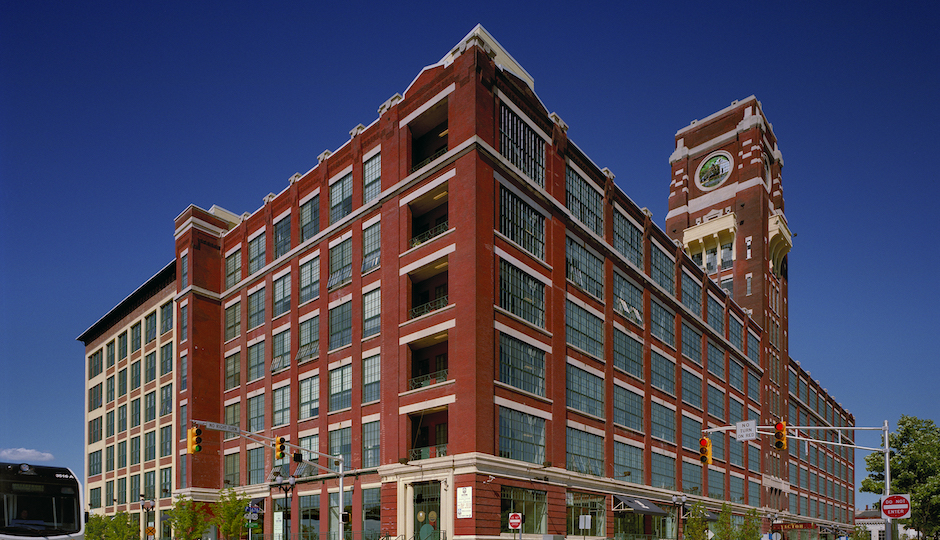 This restoration involved a Camden icon, the former RCA Victor manufacturing plant in the Cooper’s Ferry neighborhood near the waterfront. Besides saving the building’s iconic stained-glass windows featuring Victor mascot Nipper listening to “his master’s voice,” the development jump-started the neighborhood’s revival on top of several major public investments.

“We took our playbook from the Left Bank and applied it to this building, creating giant interior courtyard apartments with great views.

“The pundits and skeptics said we would fail because you couldn’t rent [market-rate] apartments in Camden. But the building is now 90 percent full, and there’s new construction all around us.” The building helped solidify the restoration of Cooper’s Ferry as an attractive neighborhood, anchored by Rutgers-Camden, the New Jersey State Aquarium and the currently dormant Campbell’s Field.

Dranoff said its location near PATCO, the Ben Franklin Bridge, the River Line and Cooper University Hospital made it very attractive for younger professionals. Nonetheless, he said, “we were turned down by 49 banks before we found one that was willing to back us.” 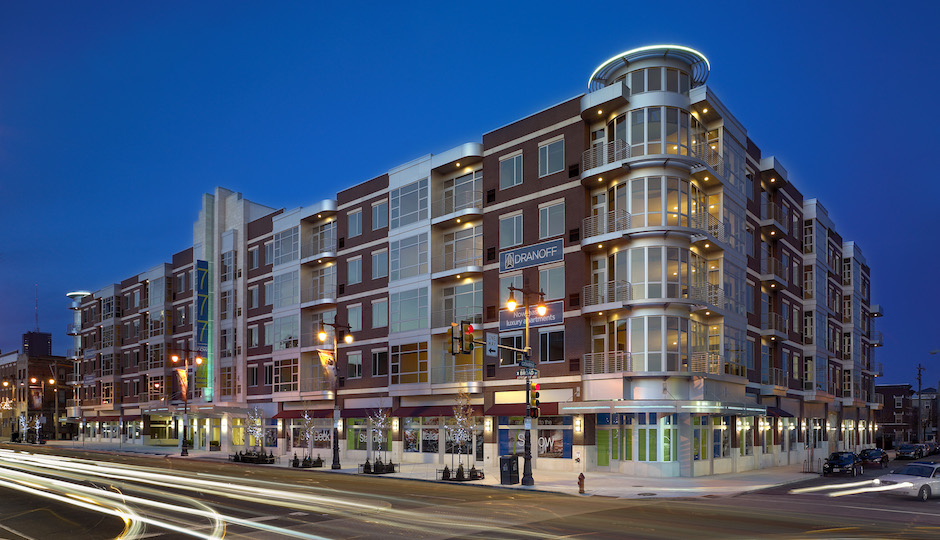 The building where Dranoff has his offices, 777 South Broad, is yet another example of his getting out in front of trends. Built where an abandoned nursing home once stood, the building is one of a chain of Dranoff developments that signal his firm’s commitment to the Avenue of the Arts on South Broad Street.

The first sign of that commitment was Symphony House, his first new-from-the-ground-up project. “It was unconventional at the time to envision a large residential project on South Broad Street,” Dranoff said. “But Ed Rendell had set the table with the Kimmel Center and the Avenue of the Arts.

“I saw South Broad as having the potential to be a cross between Michigan Avenue, Park Avenue and Broadway, being the great spine of the city with great restaurants and places to live. The missing element was the residential.” 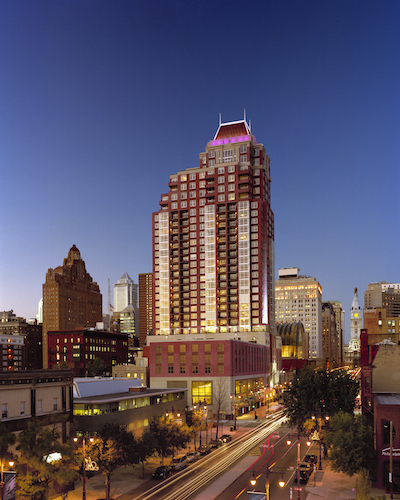 Symphony House got knocks for its color and design — one critic likened it to a Pepto-Bismol bottle — but it was an unqualified success as a development, launching not only Dranoff into a new realm but also “Top Chef” Kevin Sbraga on his career as a restaurant star with his eponymous establishment on the street floor. (Sbraga has had a close relationship with Dranoff, opening two other restaurants in his buildings. All three are now closed, though he has plans to reopen one of them.) It also added more arts to the Avenue via a new home for the Philadelphia Theatre Company, which partnered with Dranoff on the project.

“Interestingly, Symphony House was a departure,” he said. “It was not only a high-rise but a condo. I felt our brand needed a for-sale product, because there was rampant housing inflation at the time and renters were going to condos. Many of our renters bought at Symphony House. We built an advanced product that survived the recession two years later, when most of the other [new condo] buildings ran into a buzzsaw of foreclosures, sheriff’s sales and stalled sales.”

It was at this point that Dranoff became a rescuer of faltering projects, taking over 10 Rittenhouse and Two Liberty Place in order to shepherd them to a successful conclusion. He also continued to develop new buildings on his own on South Broad.

“777 is a great example of being able to be nimble,” he said. “We were pushing the envelope on South Broad, and this was going to be our next condo project after Symphony House, a less expensive version, more family-oriented. And guess what happened? The market collapsed in 2008 and we couldn’t secure financing for a new condo. The financing wouldn’t come back for five years.”

Dranoff proceeded anyway with his own money, building 777 as a rental development. He moved his offices into the building to signal his belief in South Broad’s future, and while its retail spaces have struggled, the apartments have been successful from the start. Dranoff has since completed one other rental project on South Broad, Southstar Lofts, and has two condo/hotel projects on the boards: the SLS International Hotel and Residences at Spruce Street, work on which will commence once one stalled piece of the financing puzzle falls into place, and the Hyde hotel/condo proposal at the other end of the same block at Pine Street, diagonally opposite Symphony House.

One Riverside, a Cecil Baker-designed building the architect likened to “a ballerina,” is now nearing completion across from Locust on the Park. He noted that building was, like his firm, designed to be flexible, with units that can be combined and reconfigured to suit buyers’ needs. 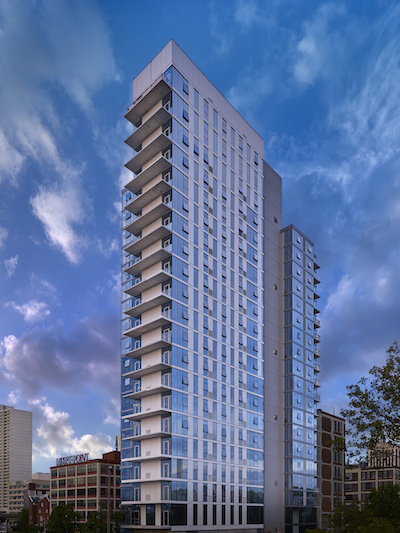 With two exceptions — One Theater Place in Newark, N.J. and One Ardmore Place, work on which will get underway this spring — all of Dranoff’s current and planned projects are condos, a shift he made when he saw a coming oversupply of rental apartments. “The statistics were available as early as 2012,” he said. “The money spigot is open all the way, and anyone can get financing for a new project.

Dranoff credited a high-quality team and his company’s dual role as developer and property manager as keys to Dranoff Properties’ success. “The three words that describe our company are pride, persistence and perception,” he said. “We build a better product with a great team and great execution. But because we retain ownership of our buildings, we’re an owner-manager. We’re close to our customers; we know what they’re looking for in terms of design and features.” In the company’s 20 years in business, it has sold only one of the buildings it developed, Venice Lofts in Manayunk.

Over the years, he said, “we’ve become more sophisticated, and that’s enabled us to stay ahead of the pack.

“I follow the theory of underpromise and overdeliver. I think our customers have confidence in us and know we will deliver a great product.”