Upsala Is Up for Sale

The owner of the historic home that played a role in the Battle of Germantown is looking for a good steward for the legacy. The successful buyer will need to get used to cannon and muskets on the front lawn every October. After nearly a decade of efforts to find a new future for Upsala, the historic home across the street from Cliveden on the Germantown/Mt. Airy border, its owner, the National Trust for Historic Preservation, has opted to let the market figure it out.

If living or working in a bona fide link to the American Revolution gets your juices flowing, you now have a rare opportunity to do so at a bargain price. Just be prepared for the Battle of Germantown to be re-fought on your front lawn on the first Saturday in October every year.

“The decision to put it on the market is the culmination of about a decade of looking for the right use and the right steward for Upsala,” said Katherine Malone-France, vice president for historic sites at the National Trust.

The property landed in the National Trust’s lap after its previous owner, the Upsala Foundation, was dissolved in 2005. The trust then turned its management over to the nonprofit organization that operates the house the trust also owns across the street, Cliveden Inc.

Like Cliveden, Upsala had been operated as a house museum prior to the foundation’s dissolution. “It had been a house museum since the 1940s and had single-digit visitorship during the previous decade,” said Cliveden Executive Director David Young. “The board understood that it had to look at models that were not that of a house museum.”

And Cliveden considered a bunch of models: An educational hub that would train local youth in historic preservation techniques. A Germantown archaeological center. A long-term lease to another nonprofit organization looking for a showcase for its work. Even storage for artifacts that can’t be kept in other historic places.

“None of these were feasible, in part because of the recession,” Young said. And on top of that, there was a non-trivial amount of deferred maintenance that needed to be done on the place. “We also put several hundred thousand dollars of maintenance into the property while looking for a new model of stewardship,” he continued.

Malone-France said that the sale is also “the culmination of a series of public meetings to get ideas about the best use for the property.” “The meetings were well-attended, but [the attendees] all came up with ‘a new kind of house museum’ or some new nonprofit model that left us in a landlord position,” Young said. This was a non-starter for Cliveden, whose sole purpose is to maintain and operate the house that was built as the residence of Benjamin Chew and donated to the National Trust by the Chew family.

And there’s the rub. There’s already an embarrassment of historic house museums in “Freedom’s Backyard.” And the organizations that own and run them, like Cliveden Inc., are facing the same challenges that ultimately led to Upsala’s demise as a historic museum. “House museums are struggling as it is with diminished state resources and Federal grants for historic houses,” said Young.

While Cliveden was looking for the right steward for the property, it housed a number of tenants, including residents in a part of the home as well as offices; for a period of time, it served as the home base for the local community development corporation, Mt. Airy USA.

Last year, the National Trust put out a request for proposals from organizations interested in taking over stewardship of Upsal. “After none of those proved financially viable, we decided to put it on the open market,” Malone-France said.

Which is where you’ll find it now, in the current portfolio of homes being marketed by Janice Manzi and Louise D’Alessandro at Elfant Wissahickon Realtors. The National Trust is willing to consider any reasonable offer, subject to the conservation and public access easements attached to the property. Malone-France said the National Trust has already received several expressions of interest from would-be buyers, all of whom are willing and eager to work within the constraints laid out in the easements.

The public-access easement is necessary because Upsala continues to play an active role in Germantown and Mt. Airy’s celebration of their rich history. Since its 200th anniversary in 1977, the 1777 Battle of Germantown, the only Revolutionary War battle to be fought within the present-day Philadelphia city limits, has re-enacted on the first Saturday in October. The land on which Upsala now sits was used by American forces as a staging ground for their attack on British troops quartered across Germantown Avenue.

The exterior of the home and parts of its interior are likewise subject to preservation easements. Malone-France said that the National Trust has a staff of professionals on hand with extensive experience in working with preservation easements and that any buyer can take advantage of their services and expertise.

She also said that there were many possible alternative uses for the property, including its original use as a private residence, which is the one use permitted by right under the lot’s current zoning.

The house, an excellent example of Federal-period architecture, is a classic center-hall home built in 1798 as the residence of John Johnson III, a fourth-generation descendant of one of Germantown’s earliest settlers. (The cross street to Upsala’s south, which also runs past Cliveden, is named for this family.) A rear wing projecting at an angle was added to the home’s north side later. The rear wing contains the home’s summer and winter kitchens, one of which serves as its present-day version. On the second floor of the main house are four bedrooms. The third floor contains two more bedrooms, a “carpet room” and a storeroom. On the second floor of the rear wing are a nursery, the cook and waiter’s quarters, and a smokehouse.

The formal parlors, library and dining room in the original home have all been renovated since 2005 and are in their original historic condition. According to Malone-France, the easements will not prevent a buyer from installing a modern kitchen or upgraded bathrooms, but any buyer would do well to consult with the National Trust’s preservation staff for guidance on how to do these things in a way that preserves the home’s historic integrity.

The sale price of $499,000 should leave you with plenty of money to fix up the place in a historically sensitive manner. 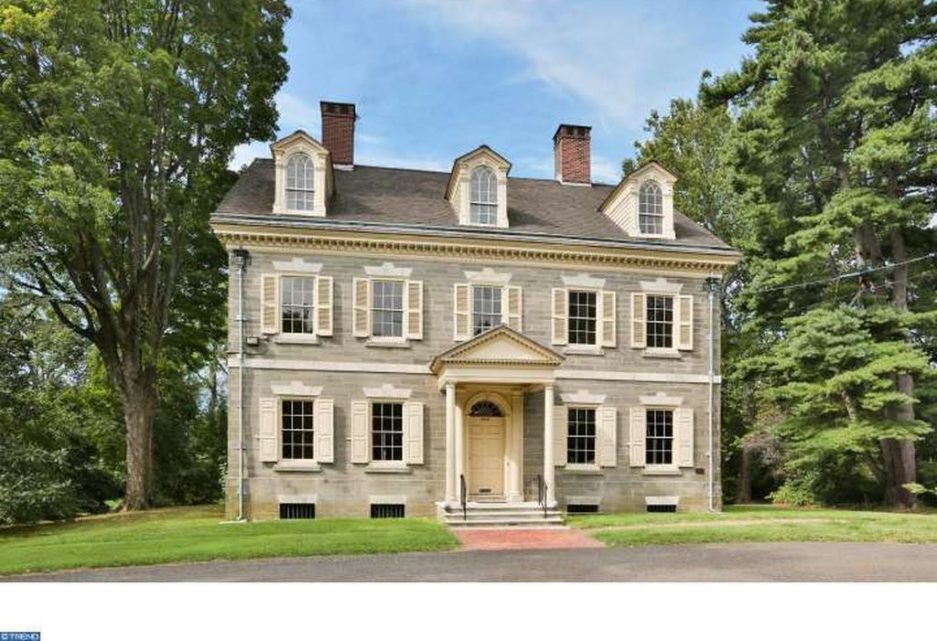 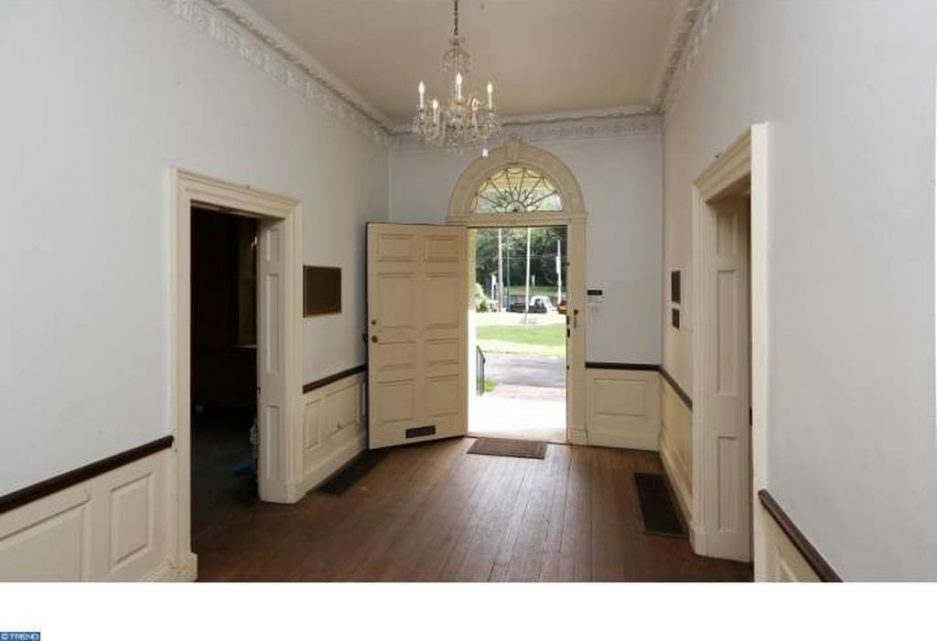 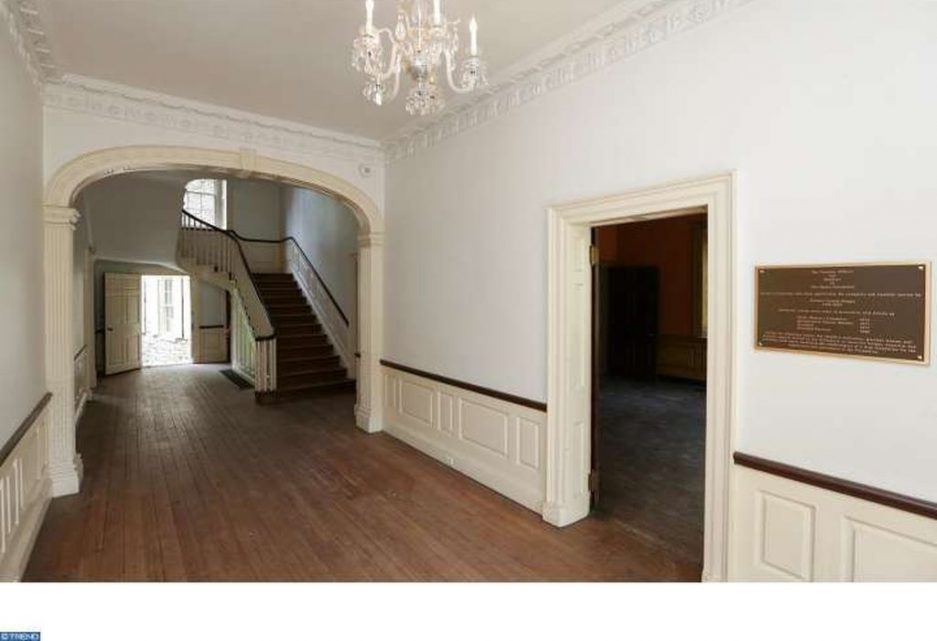 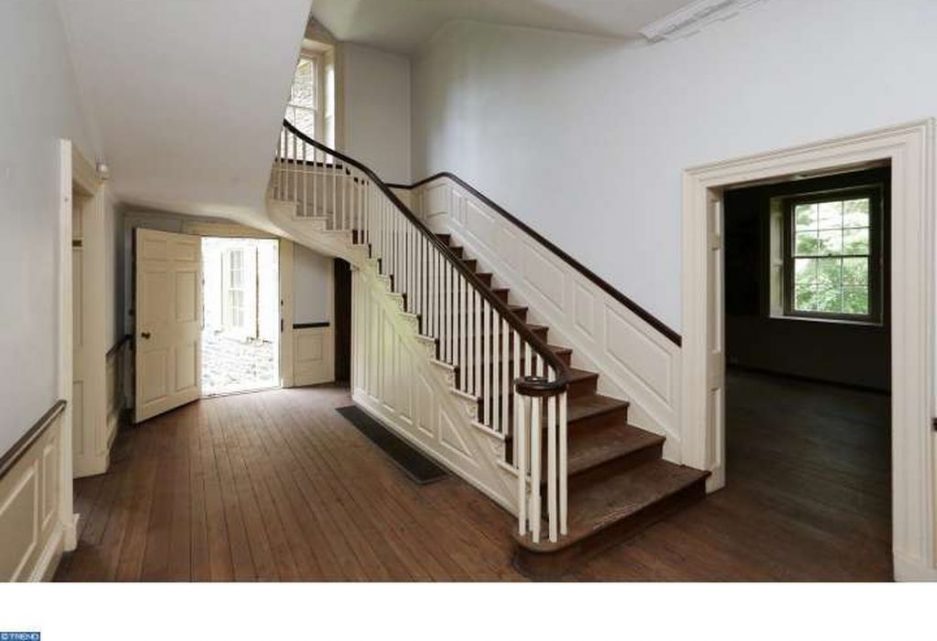 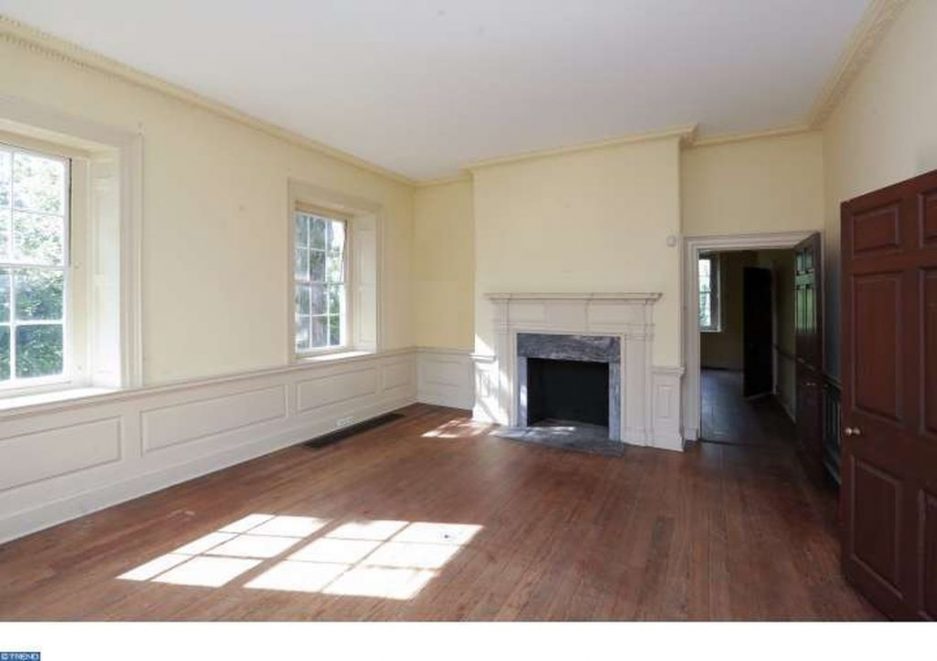 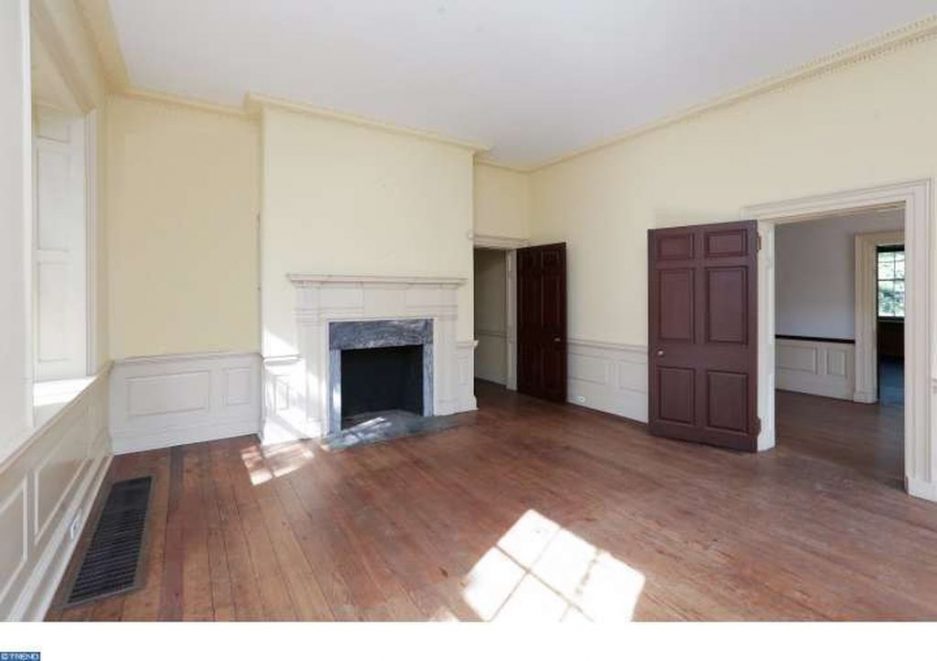 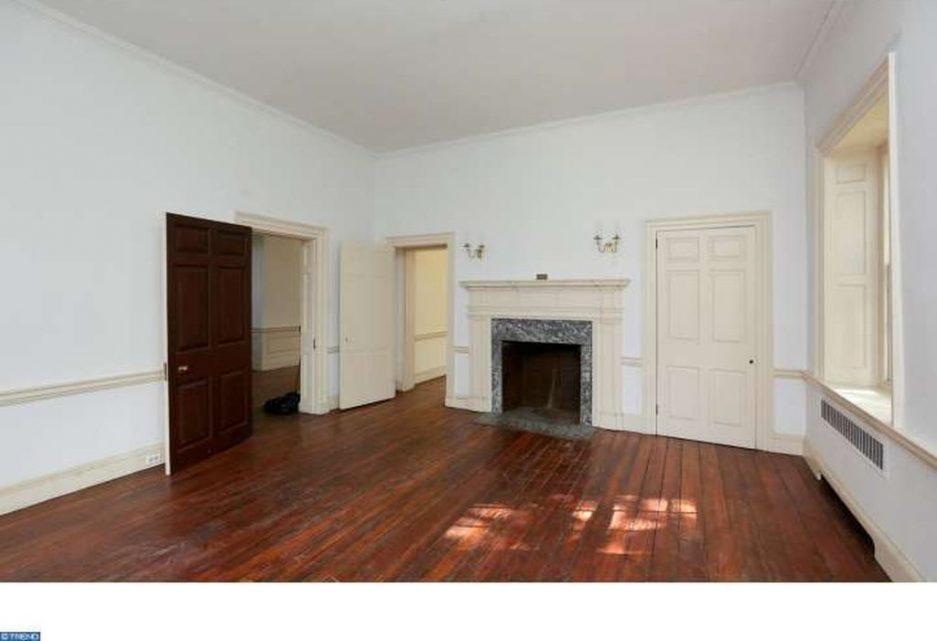 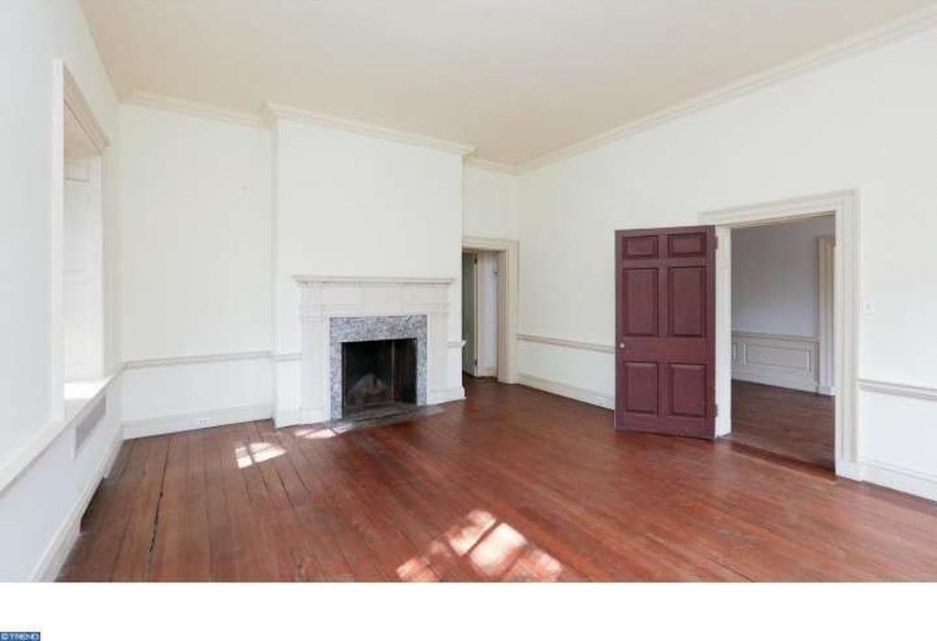 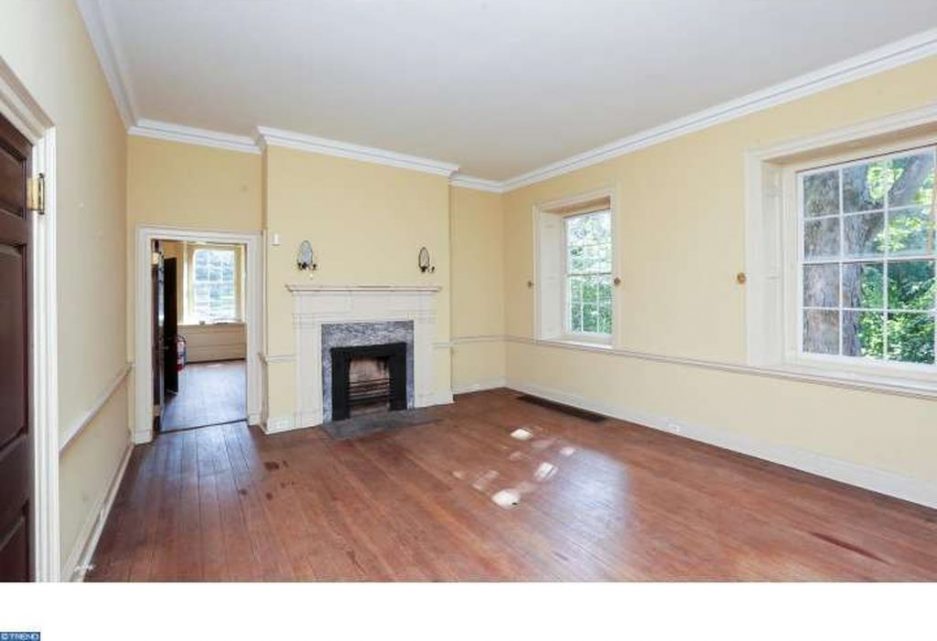 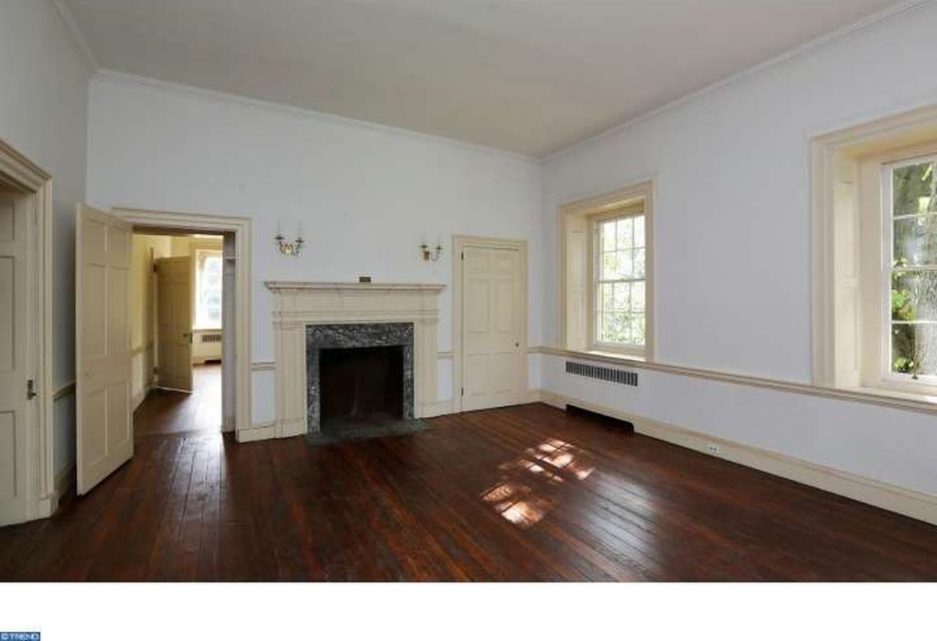 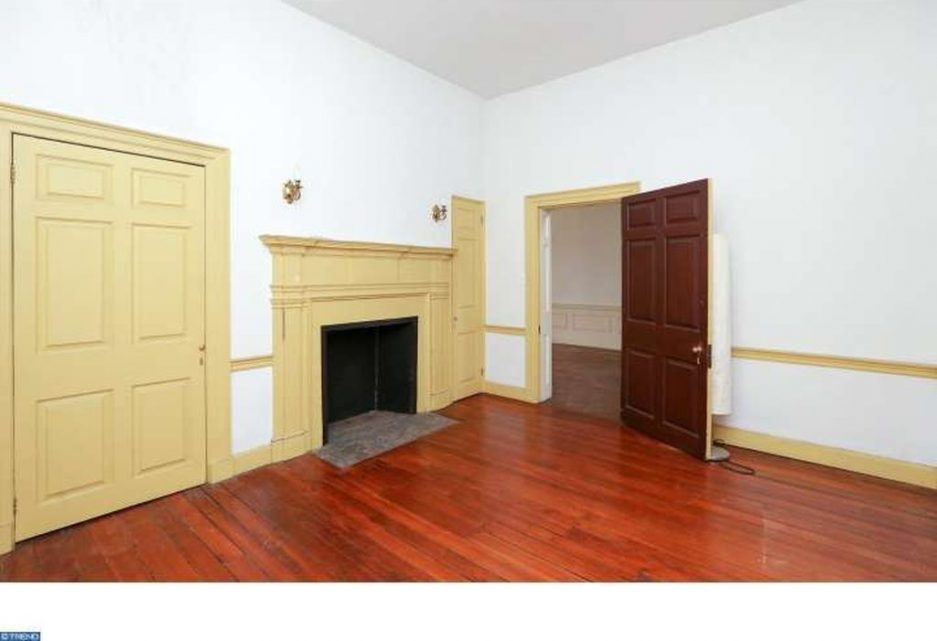 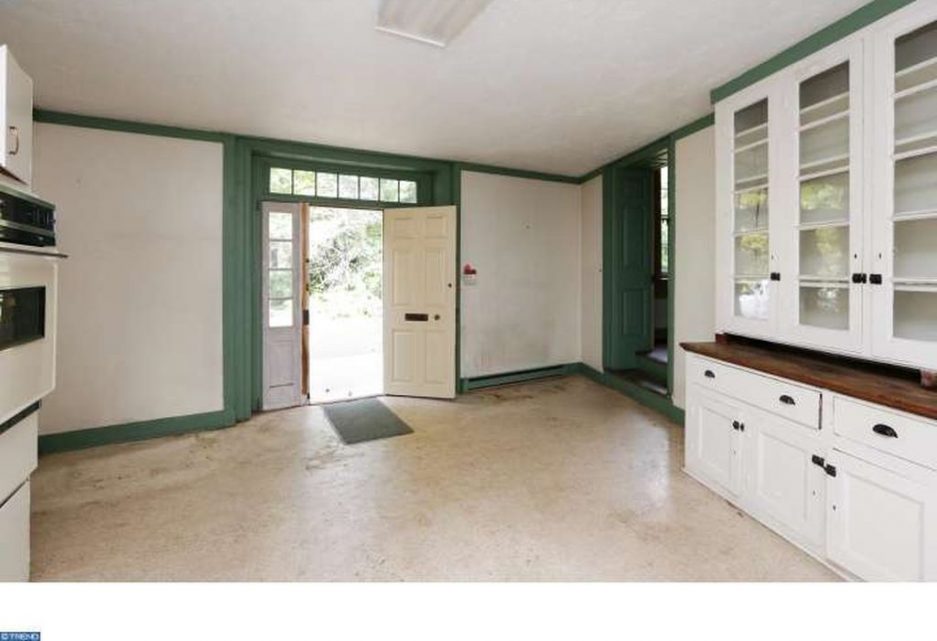 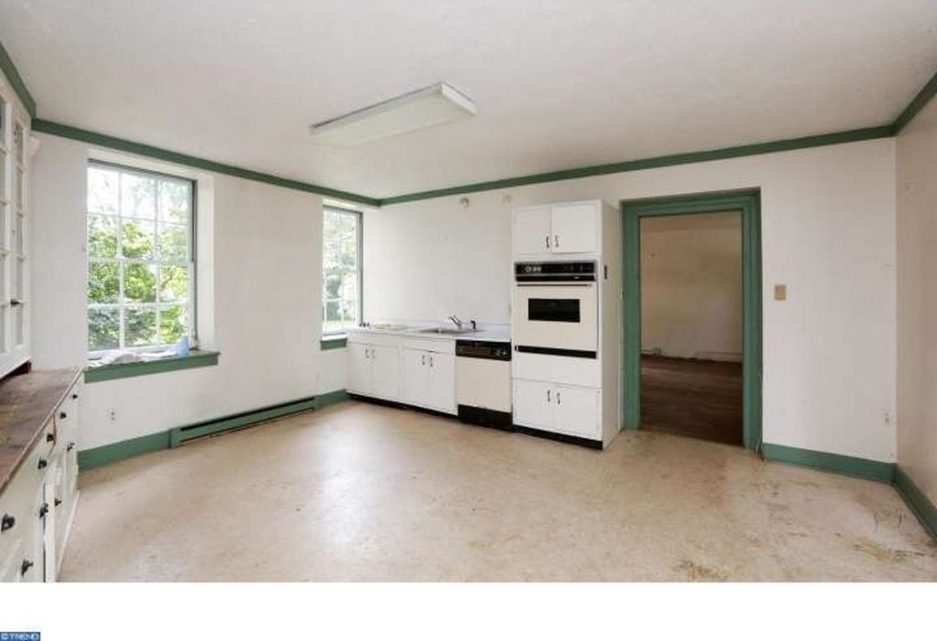 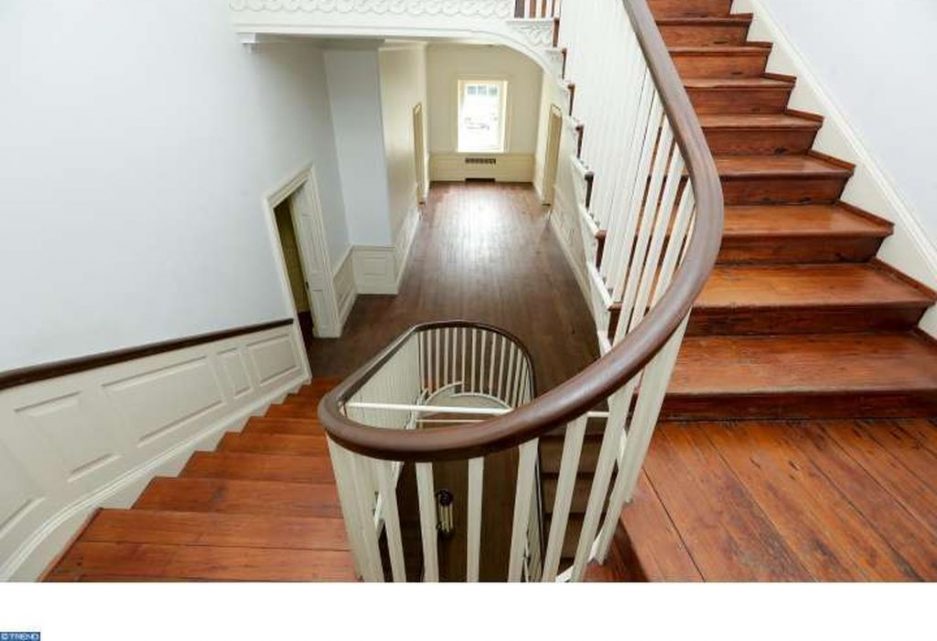 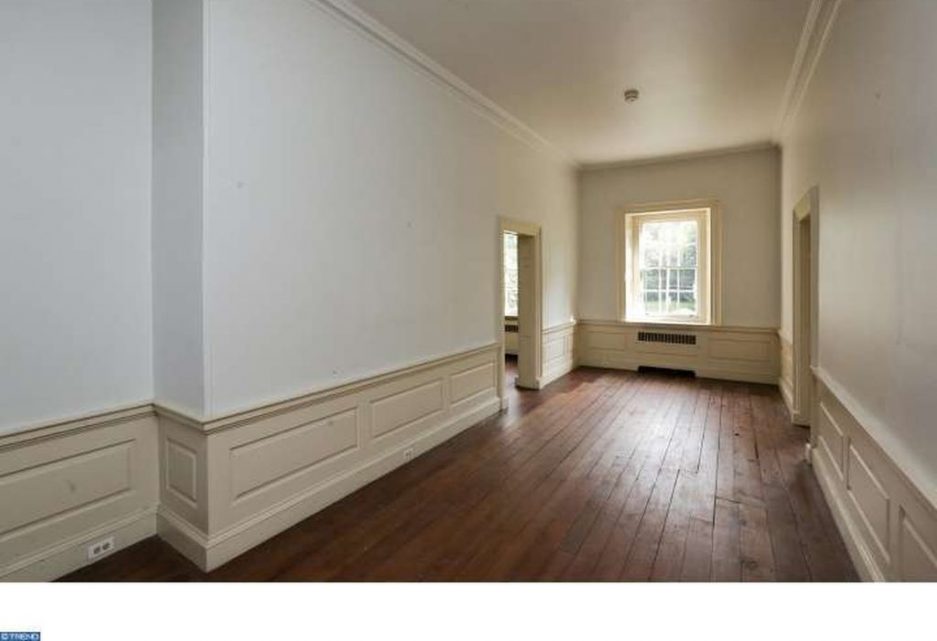 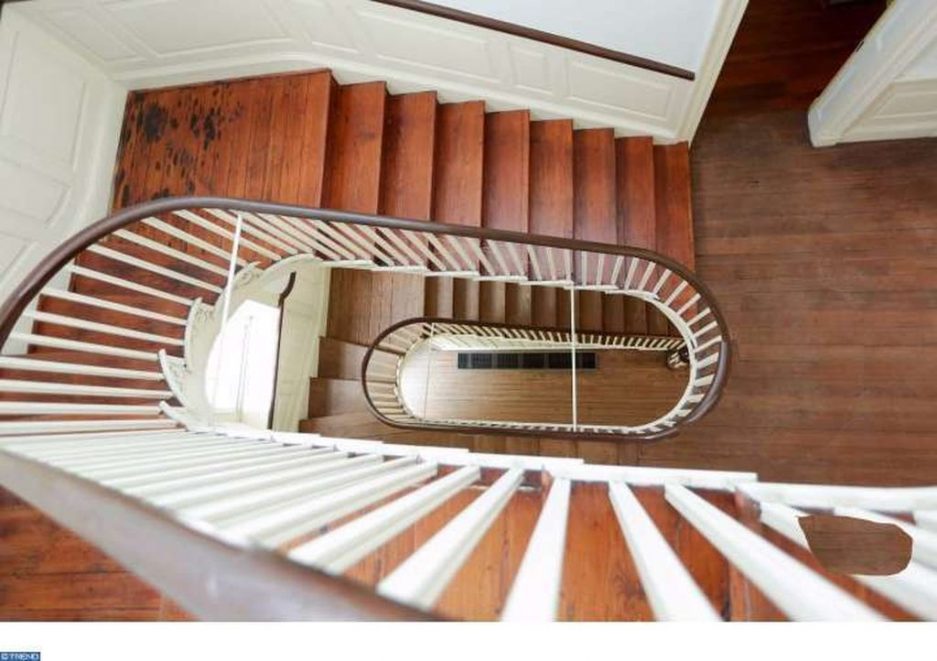 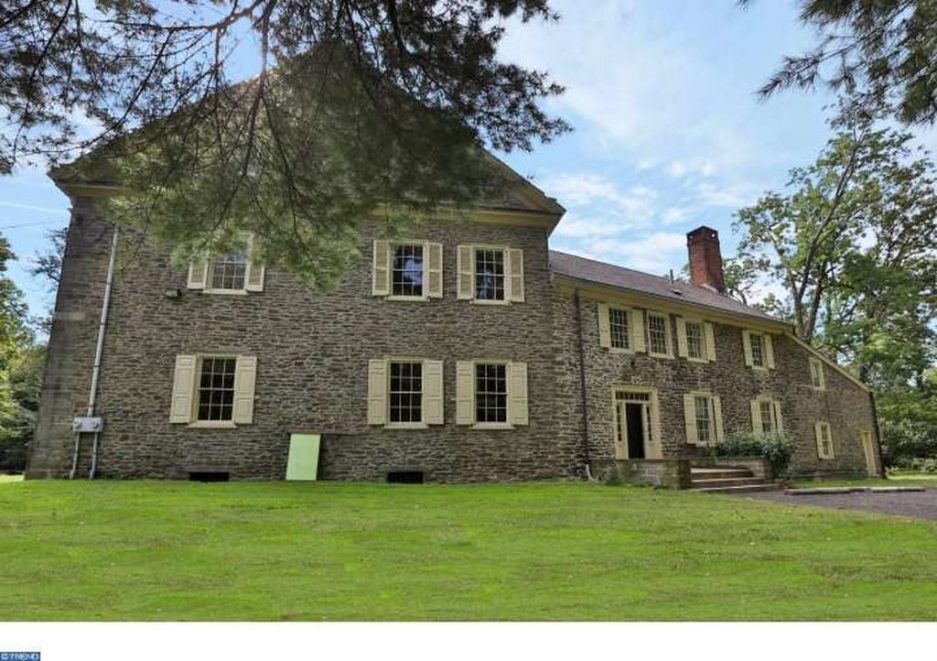 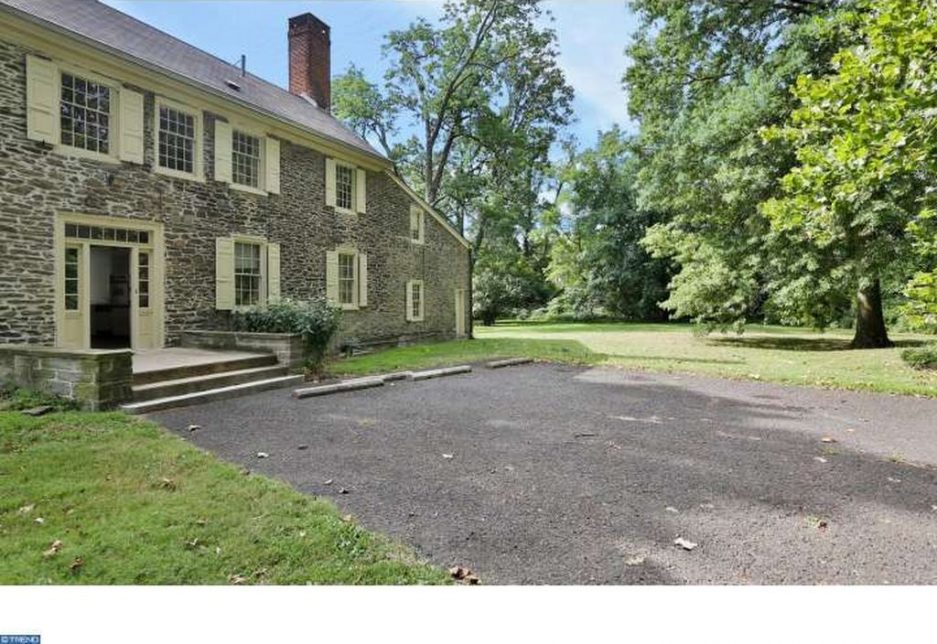 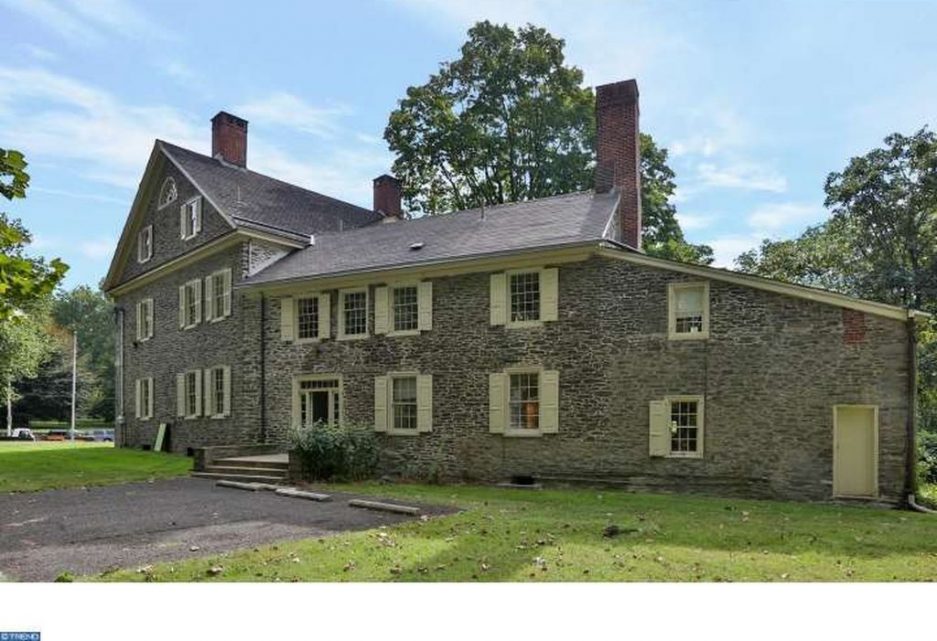 North side elevation from rear wing 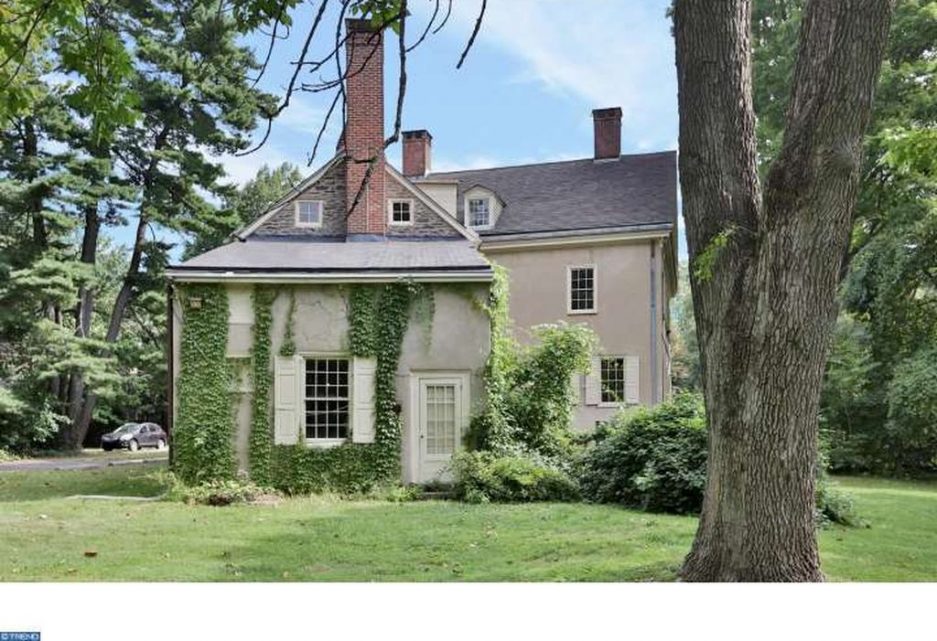 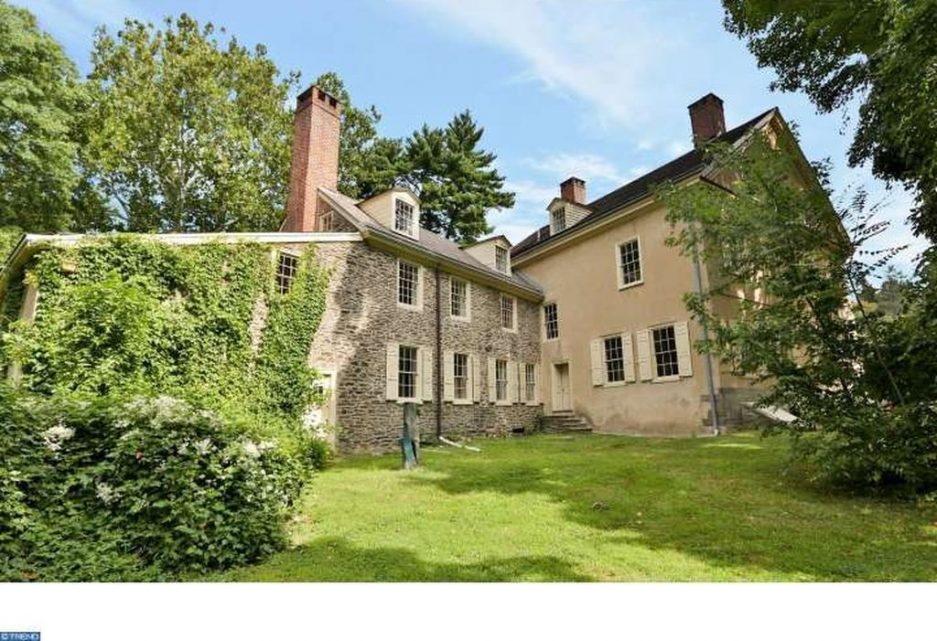 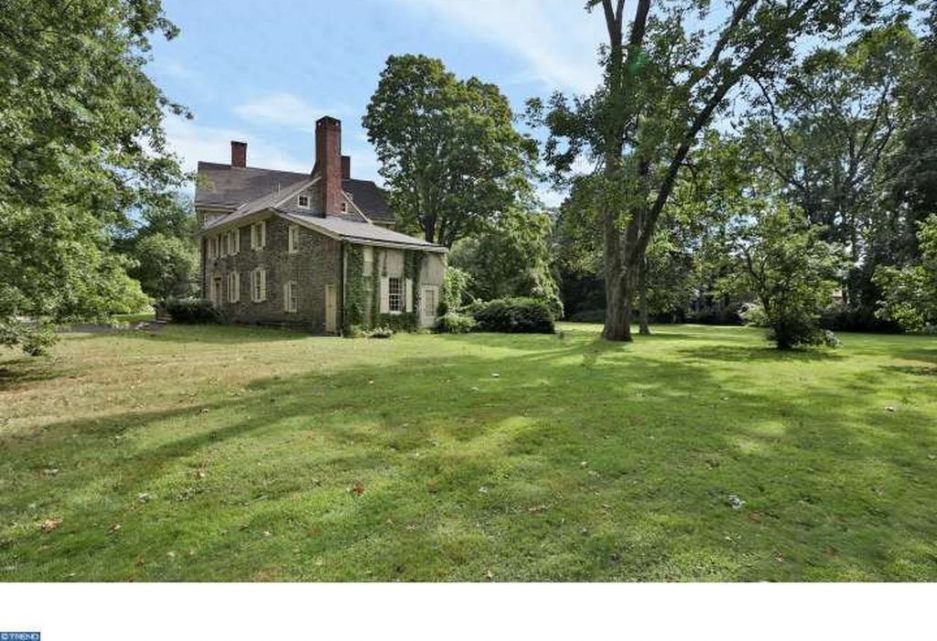 Yard, side and rear elevations 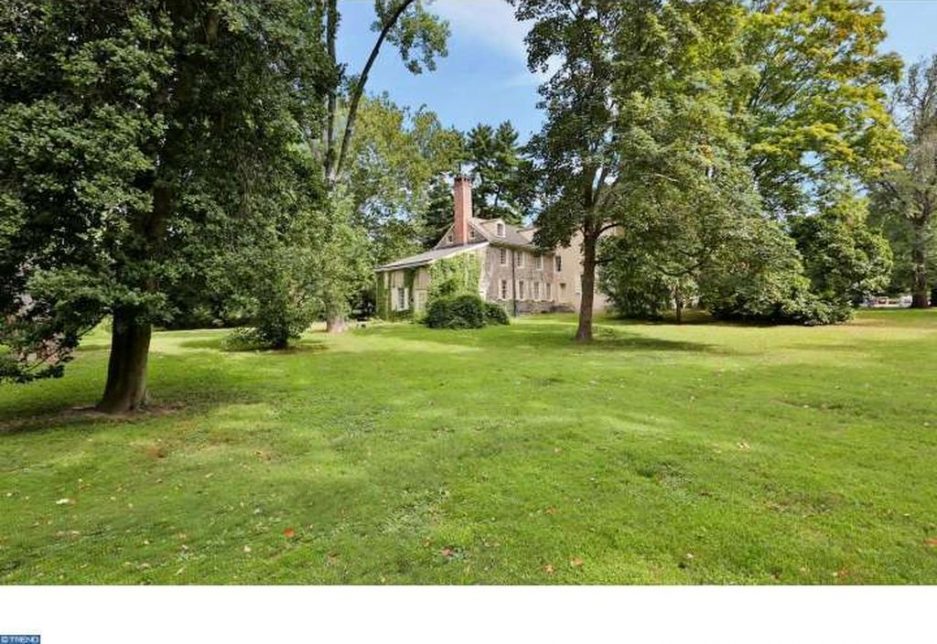 Yard, rear and south side elevations 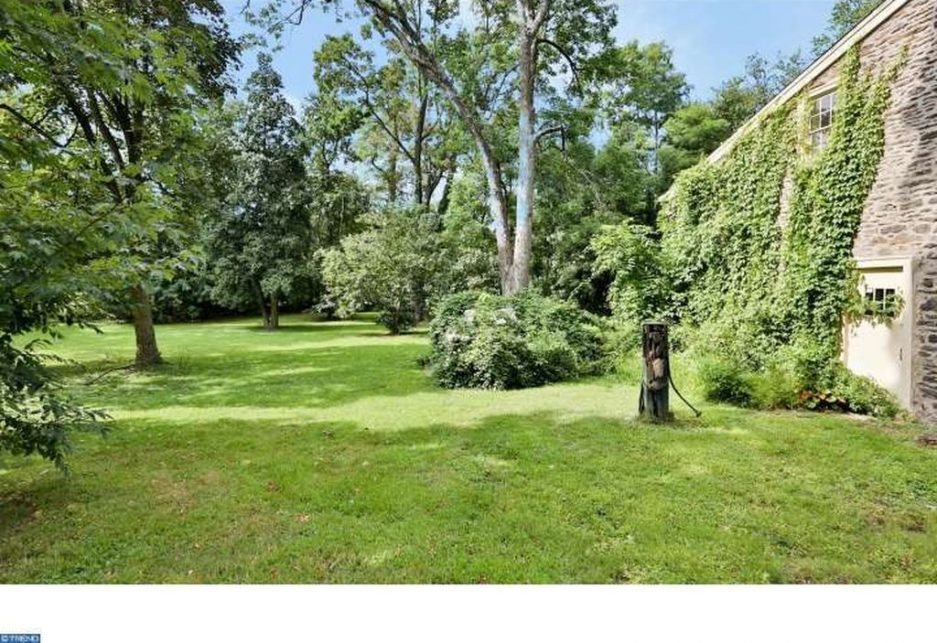 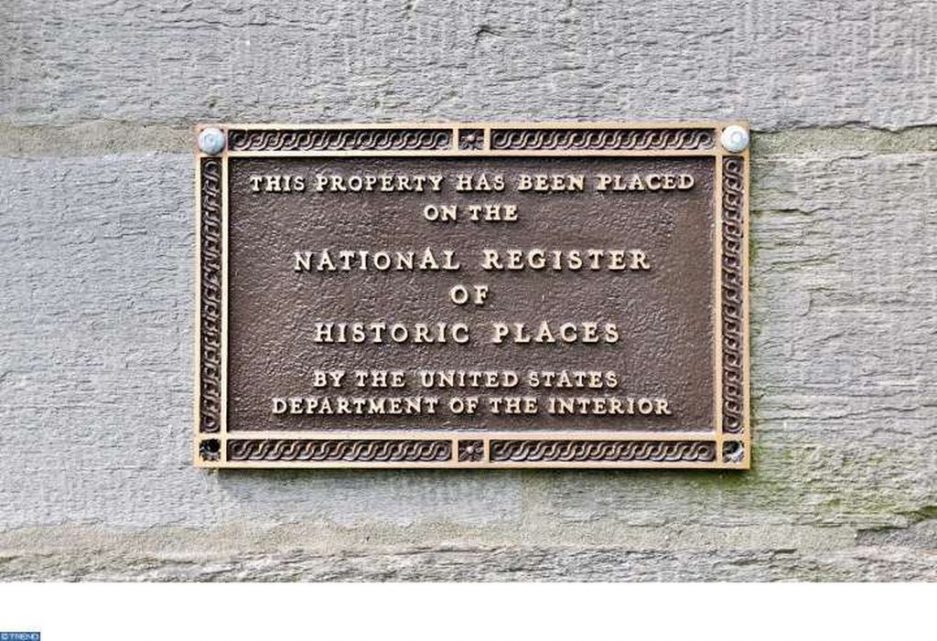