The blighted Orinoka Mills Factory building is getting a game-changing renovation.
Renderings below. Kensington residents and veteran Market-Frankford Line commuters who continue on past Huntingdon know well the blighted and tagged hulk standing just off Somerset Station at the corner of East Somerset and Ruth Streets: the Orinoka Mills Factory (map).

For those not in the know, the last decade or so has seen Orinoka Mills, once a busy textiles production complex, empty out and deteriorate, even with a short-lived neighborhood effort to keep it going in the late 1980s. By 2007, Philadelphia Weekly called the area adjacent to its neighboring El stop one of the top ten drug corners in the city.

And now? Well now, significant changes are afoot thanks in large part to the New Kensington Community Development Corporation (NKCDC), which is spearheading the Orinoka Civic House project. That project, which broke ground on Tuesday and involves plans to convert it into a 51-unit apartment complex with commercial and community spaces, is anticipated to not only kick off a new era for the property, but to jumpstart a wonderful and long-desired neighborhood renewal plan.

“This has been a very difficult project. It had a lot of back taxes, not a great owner, [and] the city had to go in and bid on it,” recalled Councilman Mark Squilla during the Orinoka groundbreaking ceremony. Indeed, it’s taken a number of hands to assist NKCDC and the Somerset Neighbors For Better Living get this project off the ground: the Pennsylvania Housing Financing Agency (PHFA), the city’s Office of Housing and Community Development (OHDC), and the Philadelphia Redevelopment Authority (PRA) are among the entities helping to fund the Orinoka redevelopment.

Even former Mayor John Street’s Neighborhood Transformation Initiative aided in getting the ball rolling on the project. “There was funding left over from [NTI] and we were able to get it for the stabilization of this building,” NKCDC Executive Director Sandy Salzman told Property. “The Neighborhood Transformation Initiative was designed for projects like this,” PRA Executive Director Brian Abernathy had echoed earlier. An NKCDC spokesperson later told us that “the project will cost approximately $17.8 million.”

While the massive Orinoka renovation is bound to have a positive impact on the surrounding area, Councilman Squilla noted during the groundbreaking that the city as a whole would benefit too.

As mentioned earlier, the 70,000-square-foot compound will consist of 51 single- and two-bedroom, low- to middle-income units, NKCDC offices, and commercial space (Salzman tells us NKCDC staffers are hoping it’s a coffee shop). “From a PHFA standpoint, this is fantastic, exactly what we’re about … This is how affordable housing should be done,” PHFA Executive Director and CEO Brian Hudson said of the new development.

Moreover, the project will bring with it sidewalk repairs, trees and, perhaps more importantly, improved lighting and security. “We knew nothing would happen in this neighborhood unless something happened with this building,” said Salzman after the ceremony.

The Orinoka Civic House is expected to be complete by spring 2017.

Below, two galleries: one of the groundbreaking ceremony with attached renderings of the upcoming Orinoka Civic House; the other, a sneak peek at the complex in its current urbex-tempting state with photos by Deborah Huber. 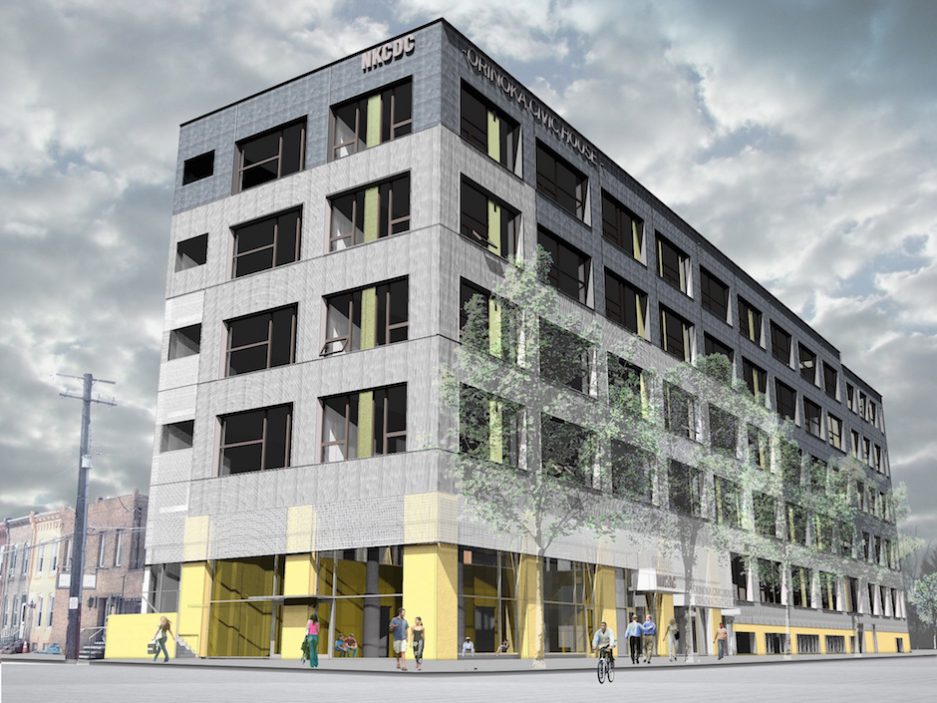 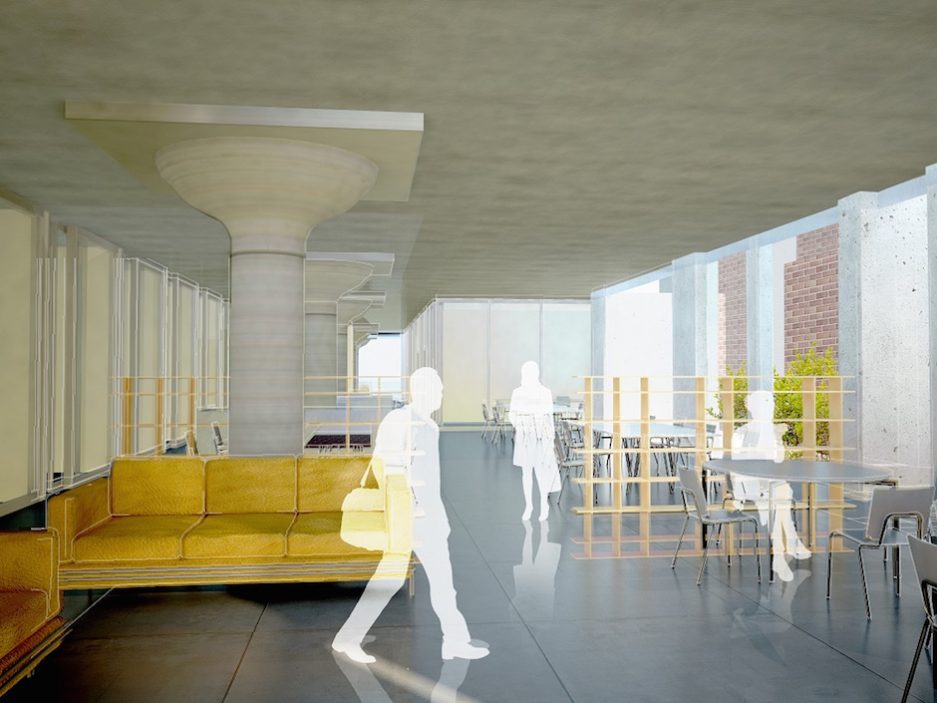 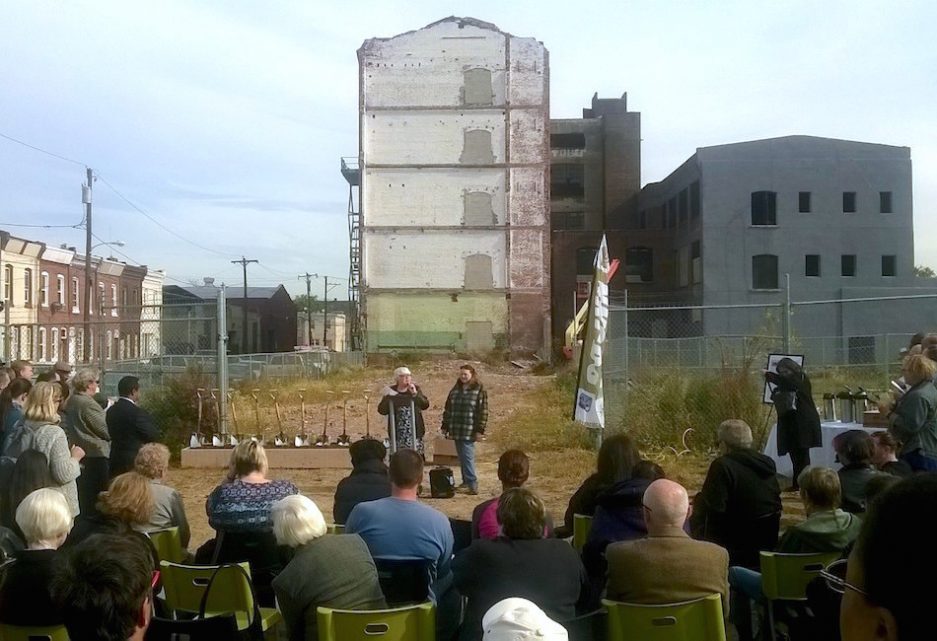 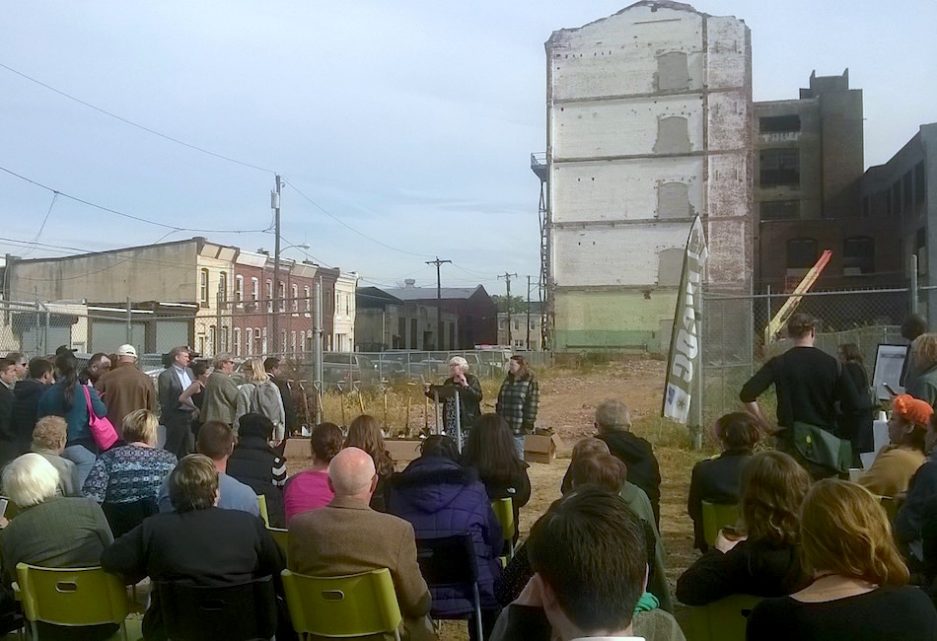 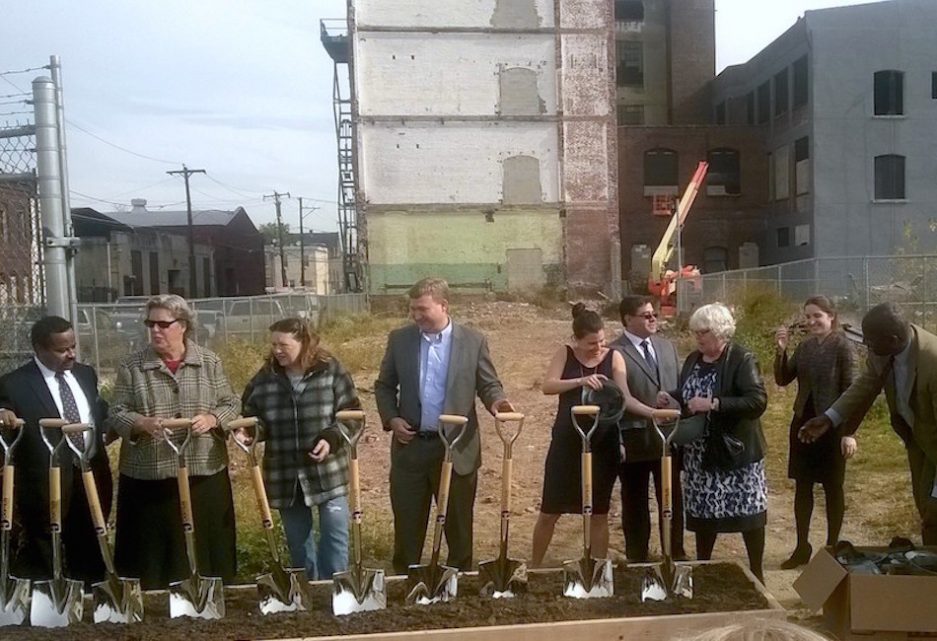 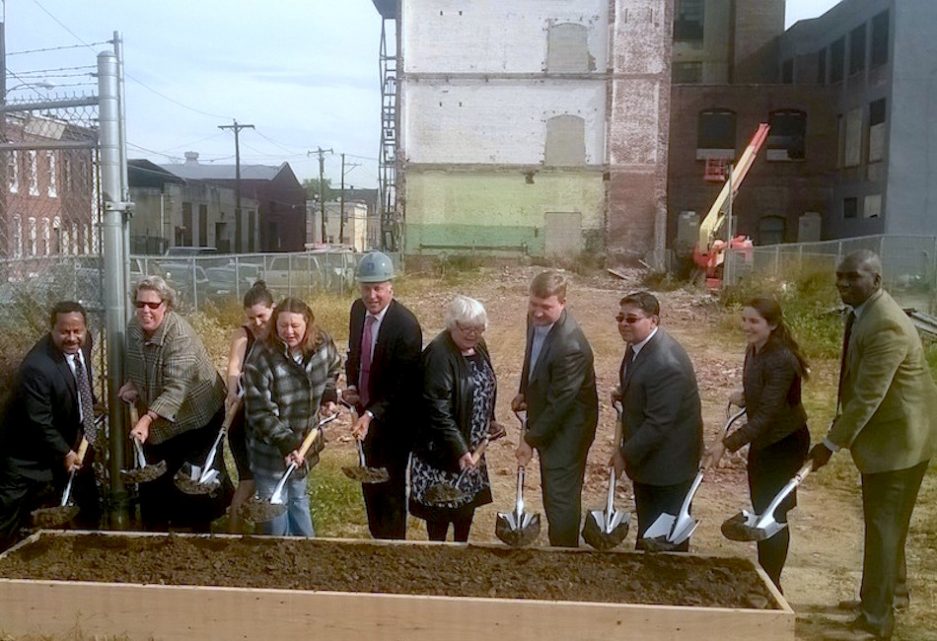 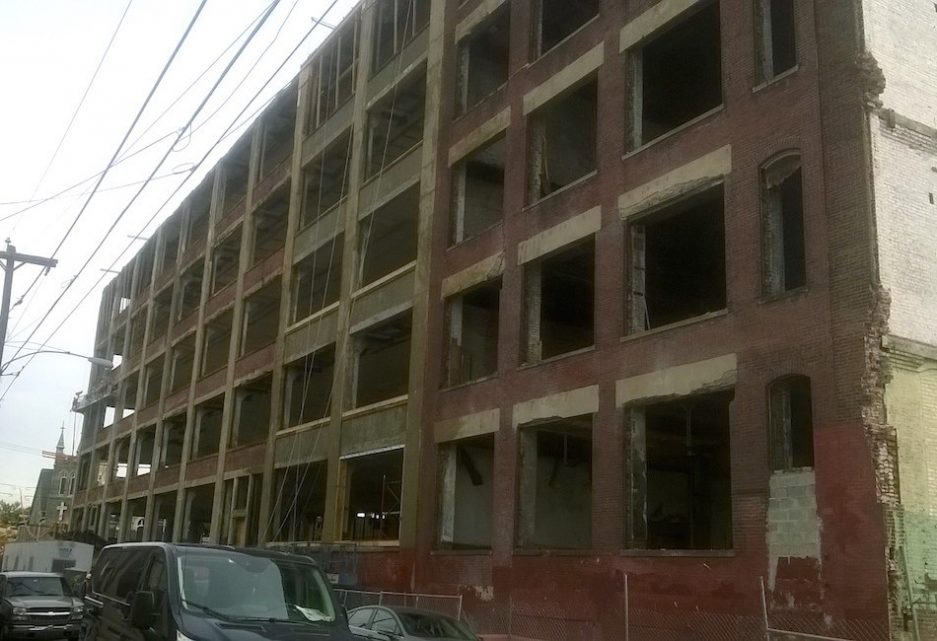 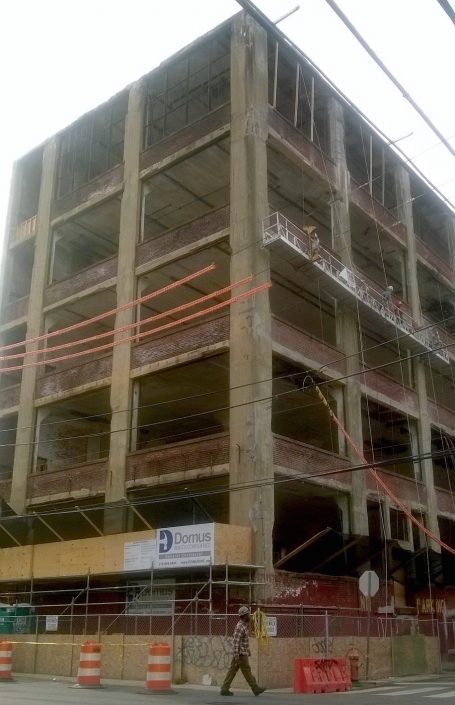 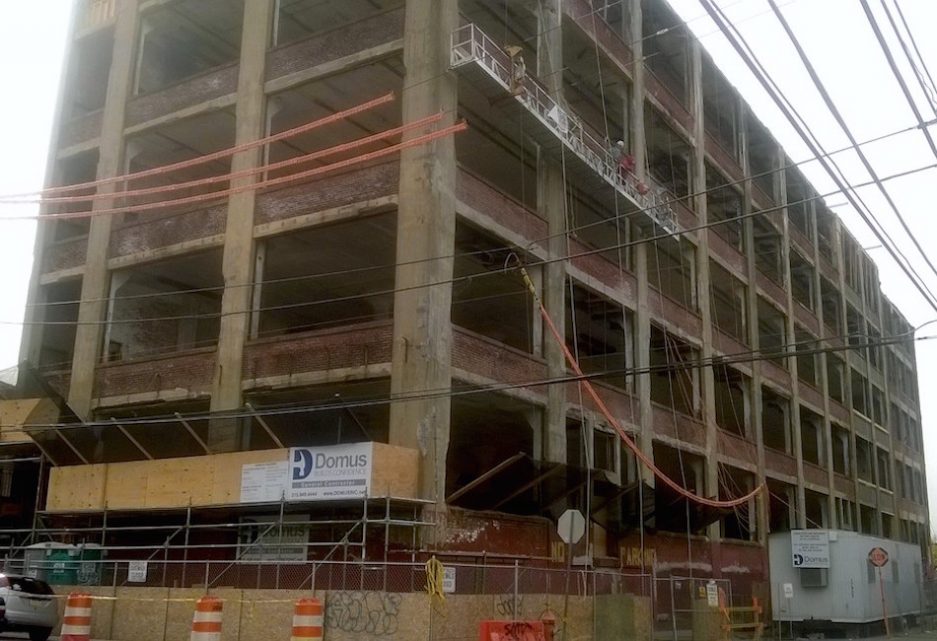 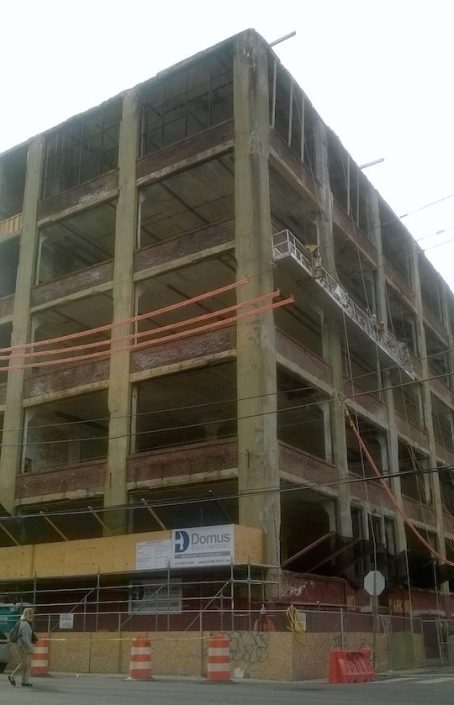 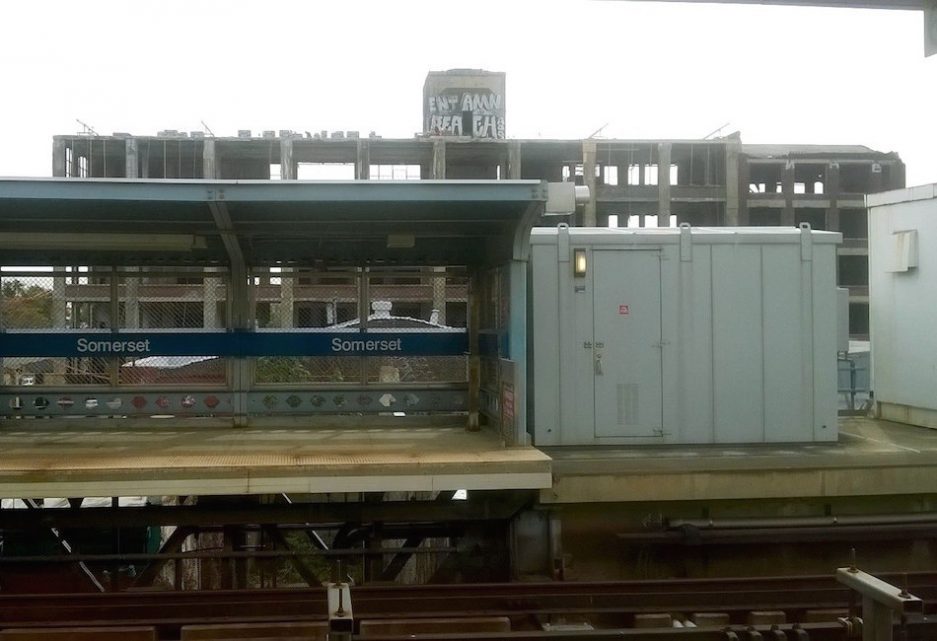 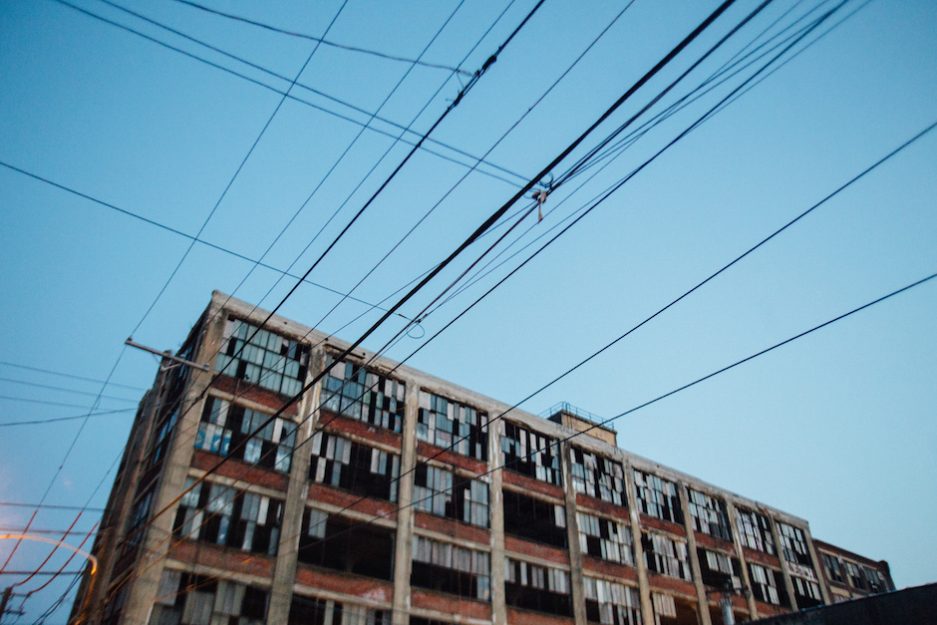 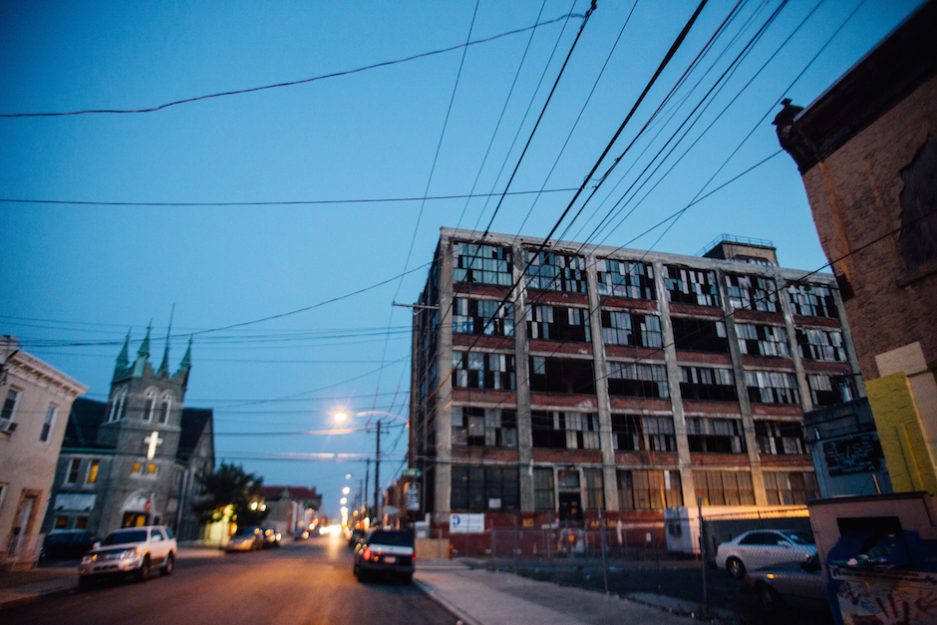 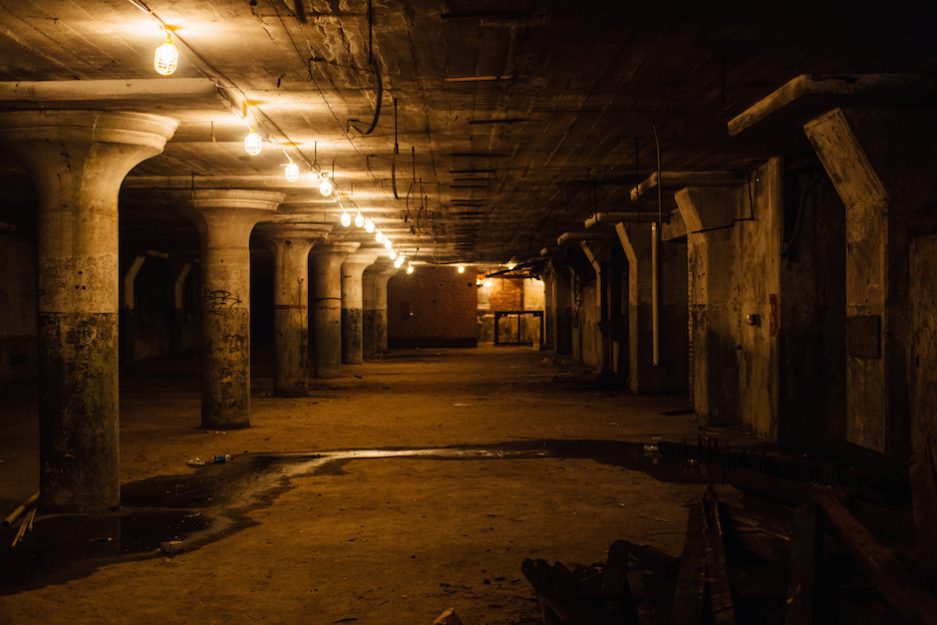 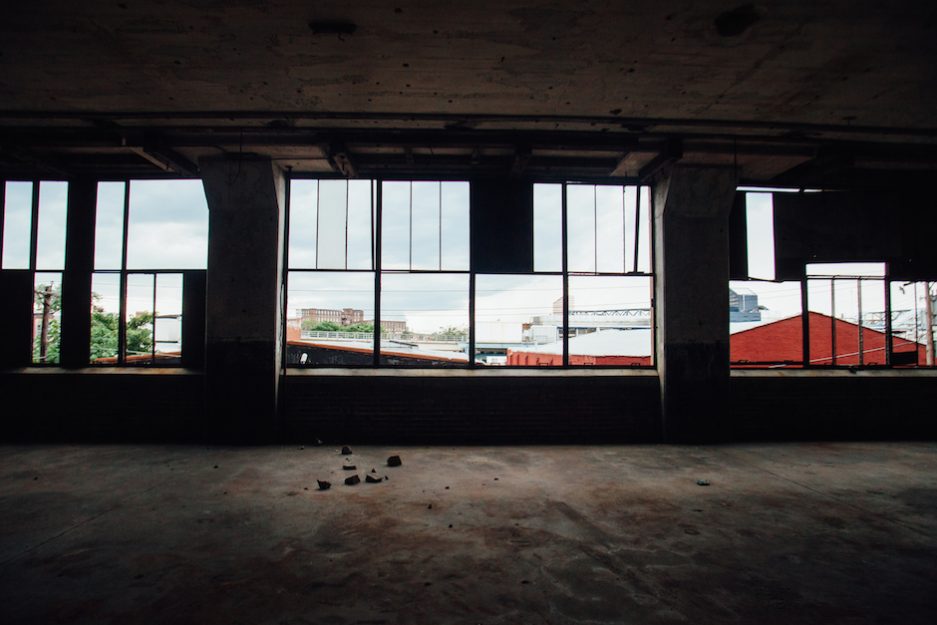 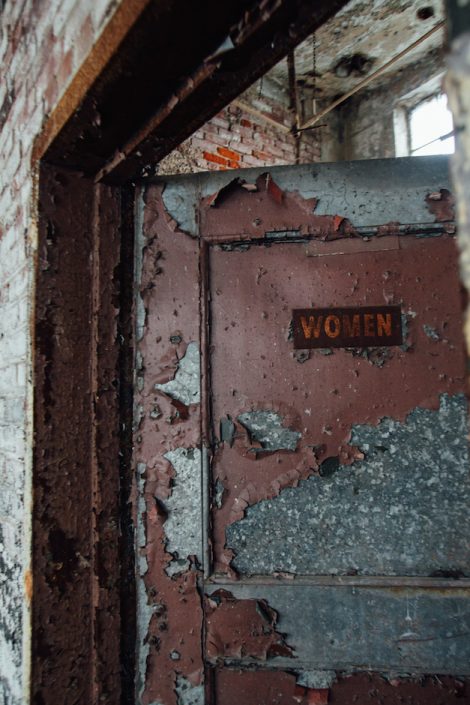 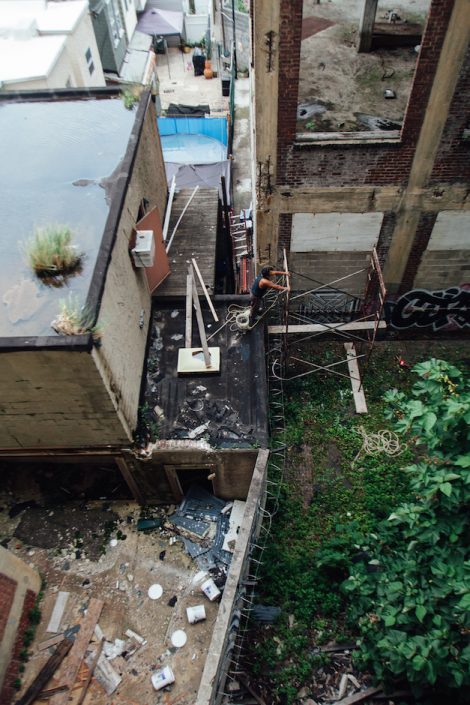 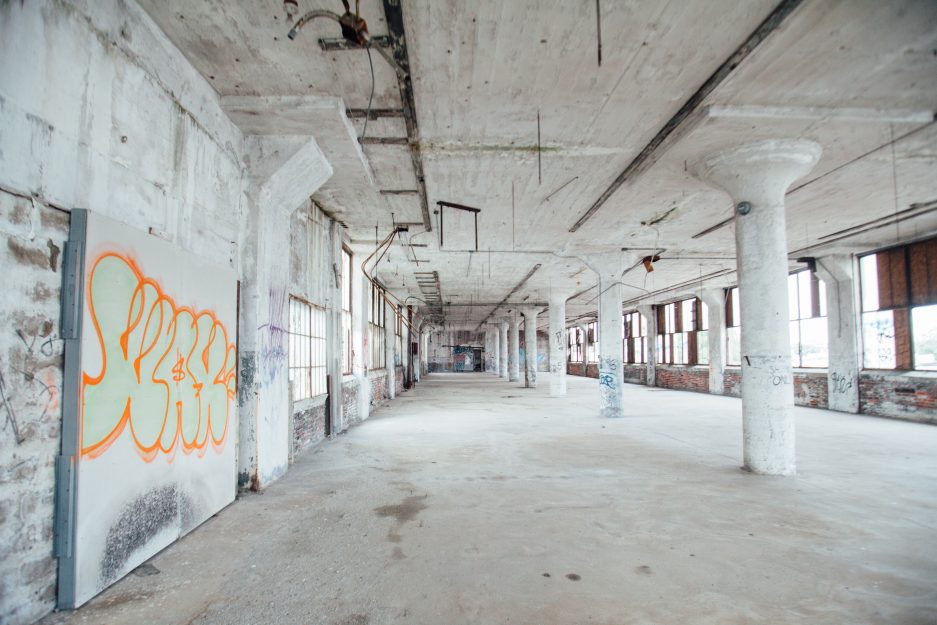 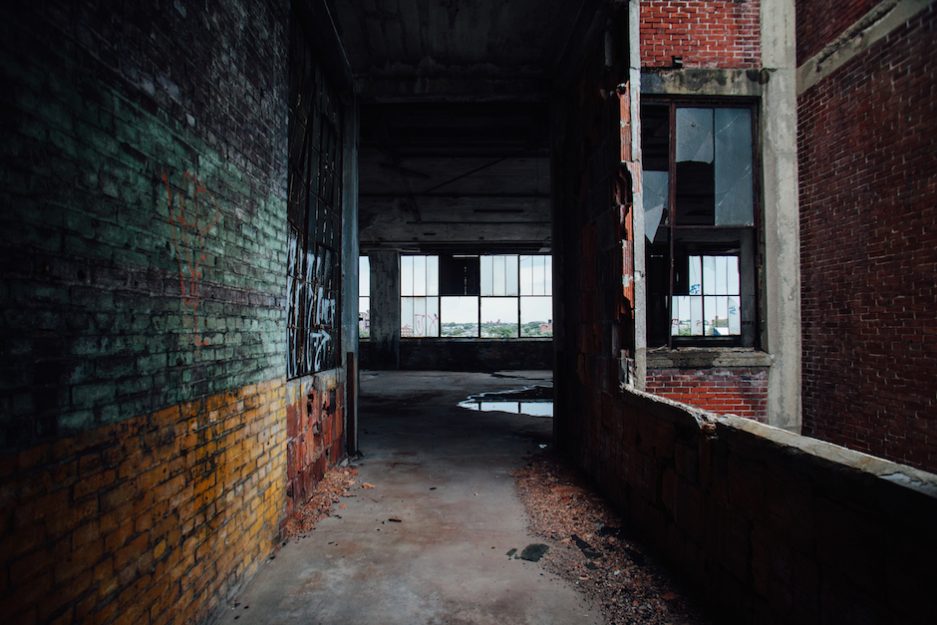 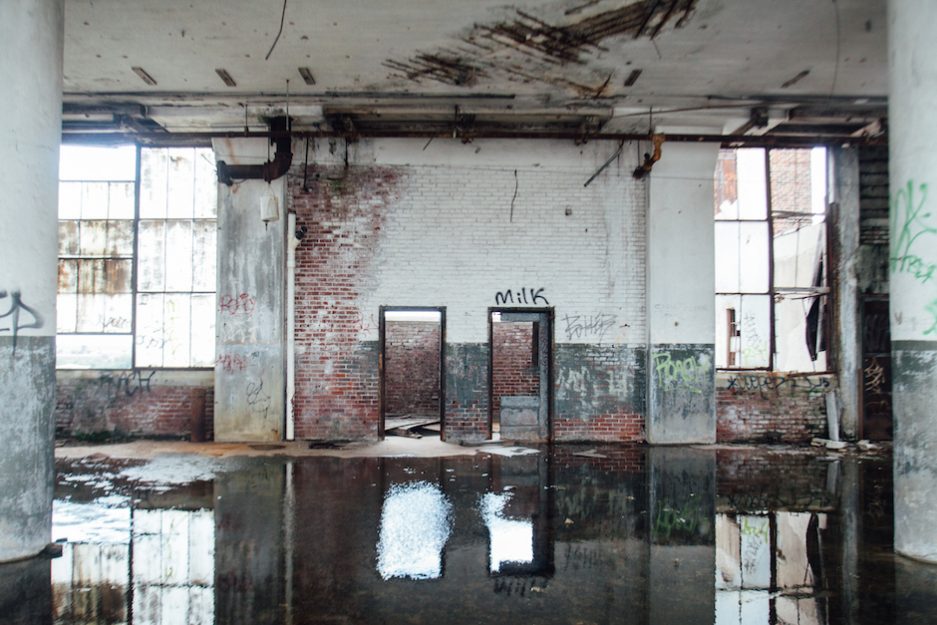 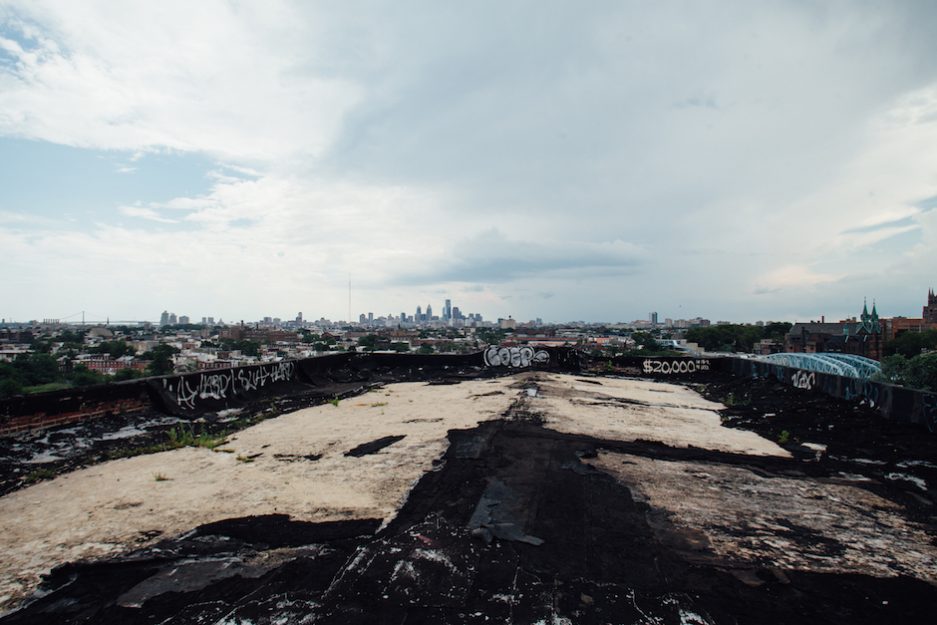