A Mid-Century Retreat in Wayne Gets a Stylish Second Life Robert Jamieson admits it: He’s still surprised that he and his wife, Tami, own a home in the suburbs. When they moved to Philadelphia from New York City eight years ago, the idea was to eventually buy a place within city limits. “We’re really kind of city people,” says Robert, principal of STUDIOrobert jamieson, an architecture and design studio in Wayne. “But we just weren’t finding the right fit for us.”

Instead, the couple cast the net wider and wider until they found a well-loved mid-century modern gem on the Main Line designed by architect Robert McElroy in 1968: “We really wanted someplace that was an escape, someplace really special.” Over the past six years, the Jamiesons have carefully transformed the home into a chic retreat that showcases their tastes—a perfect blend of vintage and modern materials and decor.

Tami, a visual director at Anthropologie, plotted the finishing touches of the reclaimed aesthetic, like the petrified-wood cabinet pulls for the kitchen that the couple found as they were “poking through the little shops” on London’s Portobello Road. The overall result is an authentic look that honors the history of the home but also offers unique and comfortable living spaces for a young family of three. 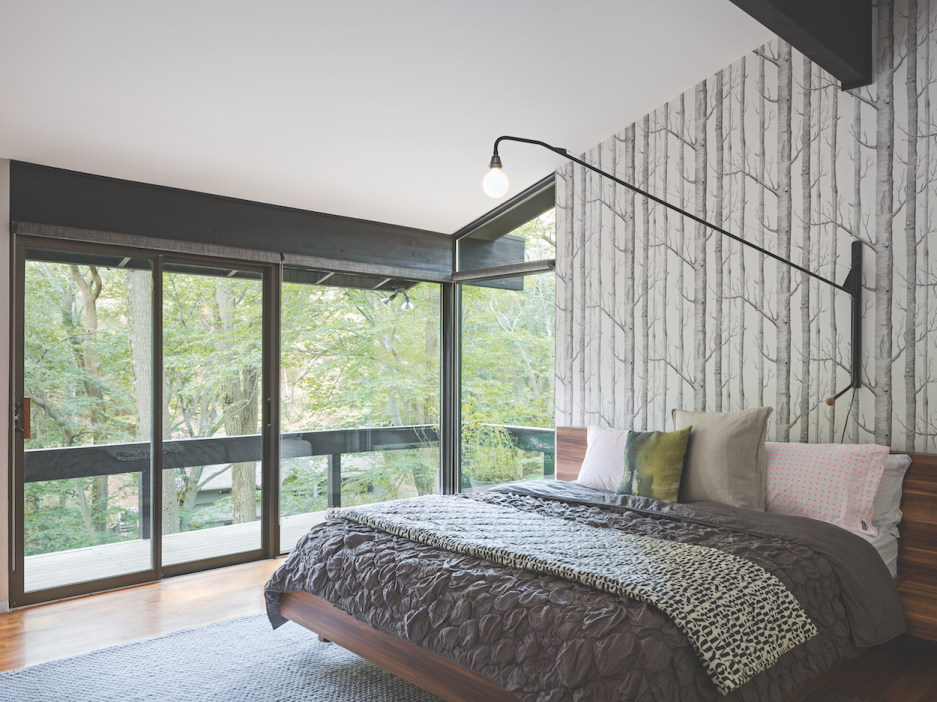 The contrast of the wallpaper with the view of the lush landscape, Robert says, is like “bringing an abstract version of the outside in.” Wall-mounted lamp: Potence by Jean Prouvé from DWR. 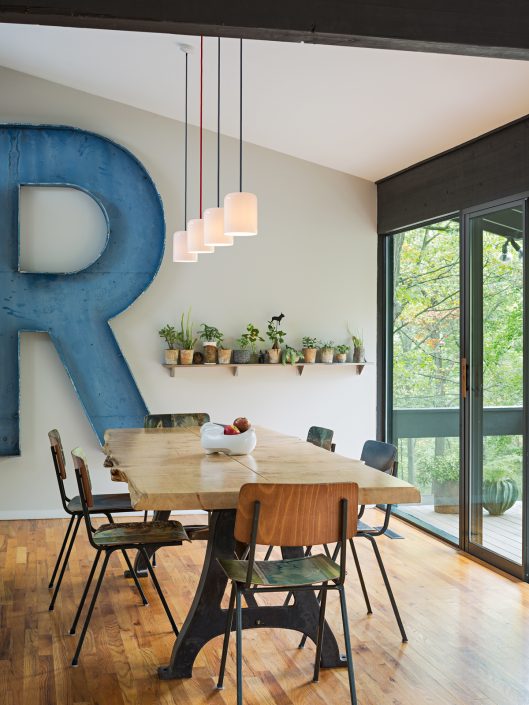 The dining room chairs are custom-made by Swarm Home’s Leslie Oschmann, a family friend and artist from Amsterdam. The marquee R is architectural salvage; live-edge wood table from Anthropologie. 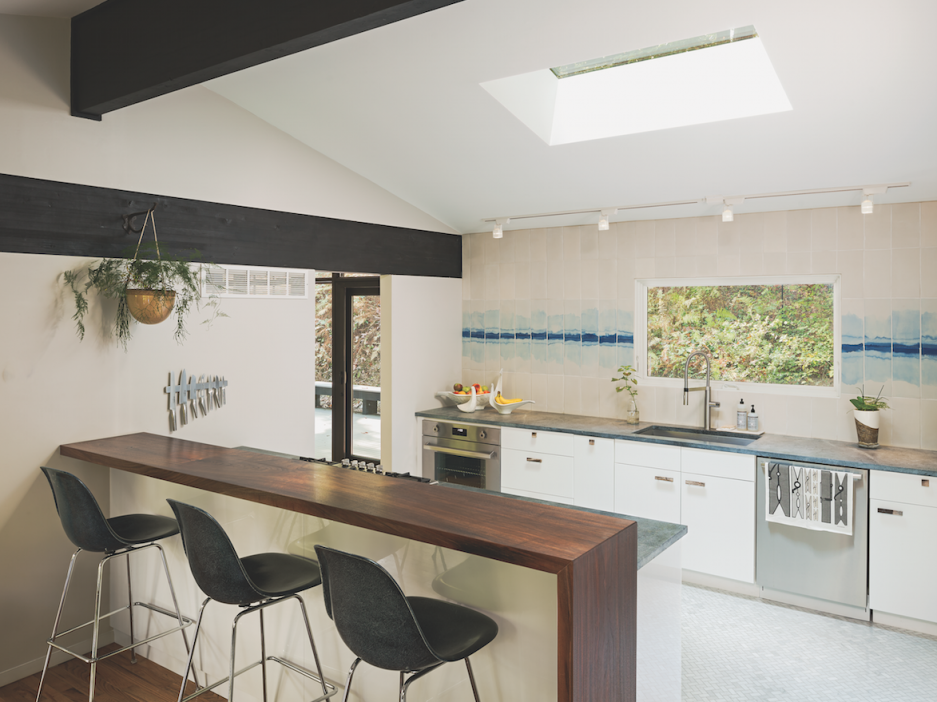 Eliminating upper cabinets along one main wall was an intentional design element: “It allows the wall above the sink to be a real feature,” says Robert. “The handmade tiles fill that space.” Watermark Indigo tiles by Clé. 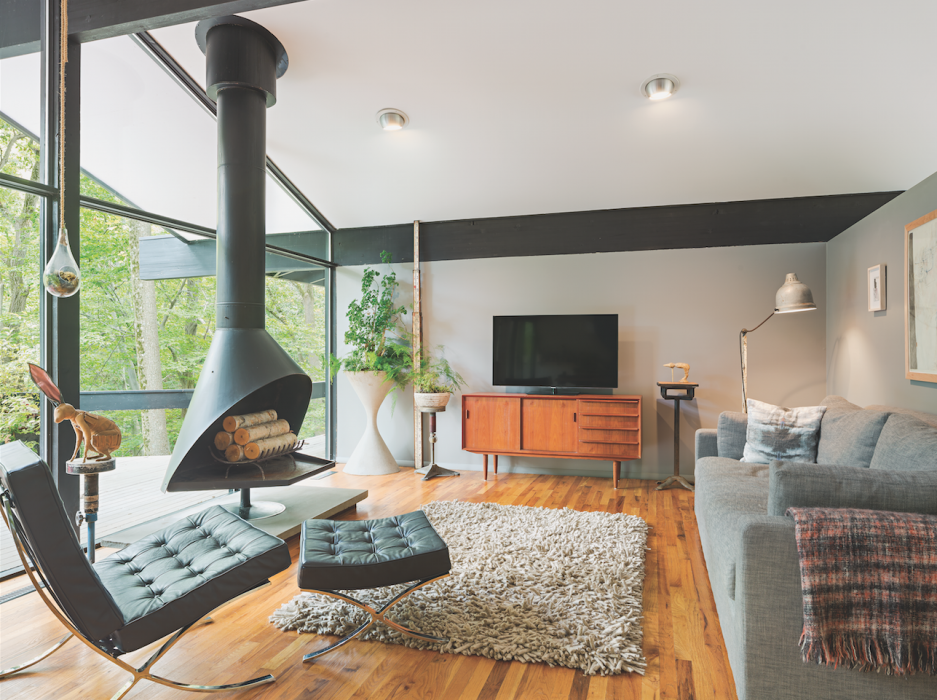 McElroy’s late-1960s wood-burning fireplace is still operable and stands as the centerpiece of the family room. “We love it,” notes Robert. “We use it all the time.” The plant stands are vintage pottery wheels. 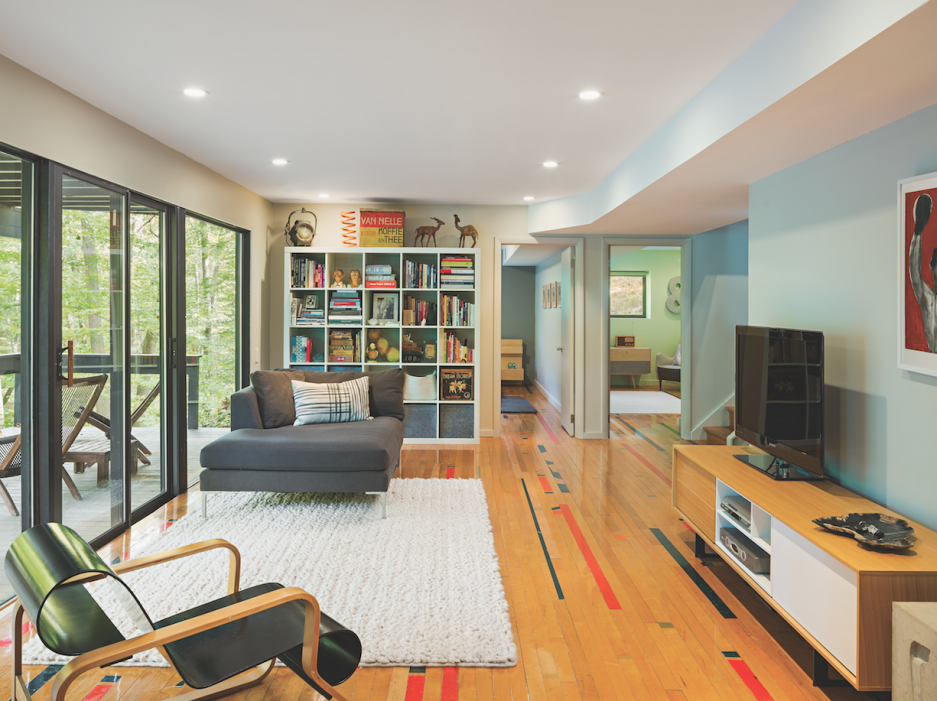 “I was art-directing the pattern a little bit for the installers,” Robert says of getting the look of the reclaimed basketball courts from Wisconsin just right. 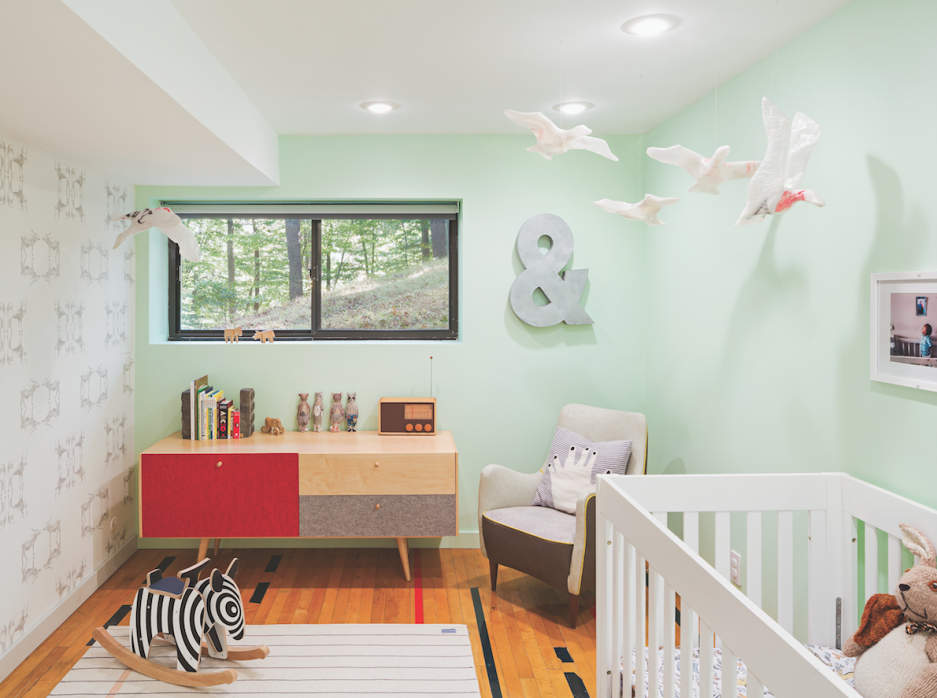 An unused room on the lower level was converted into a nursery for the Jamiesons’ son. The mobile, formerly an Anthropologie window display, repurposes plastic “I Love NY” shopping bags into birds.

This article originally appeared in the August 2015 issue of Philadelphia magazine.