Renderings are included below. According to Inga Saffron, the proposed $100 million velodrome, which would sit on four of FDR Park’s 300-plus acres, has earned the blessing of both bicycle racing enthusiasts and high-profile members and groups in the city (Mayor Nutter, Councilman Kenyatta Johnson and Friends of FDR Park to name a few). This velodrome, they believe, could very well “become a top U.S. venue for international races.” (See renderings of it below!)

But even more importantly, it could help revive the area around it:

Part of Project 250’s appeal is that organizers have pledged to spend between $5 million and $15 million to repair the park’s once-elegant stone-lined paths, dredge its algae-covered lakes, and create a new four-acre replacement park. Those improvements are being offered as compensation for occupying the site in FDR Park, a rolling 348-acre landscape that includes ball fields, tennis courts, and a golf course.

“We’re not only creating a velodrome, we’re revitalizing all of FDR Park,” said David N. Scheuermann, an architect at the Sheward Partnership and a member of Project 250’s development team. Sheward produced the eye-catching design. Smaller in area than the former Spectrum, it would feature a parabolic roof rising to 55 feet.

Saffron adds that Project 250 has already partnered with the Bicycle Coalition of Philadelphia to “provide a dedicated classroom for Cadence Youth Cycling, which offers free racing instruction to low-income teens,” and plans to offer paid memberships to amateur cyclists who want to ride laps in the arena. A running track, bike shop and fitness center are also in talks for the venue.

However, as Saffron notes, before Project 250 can even begin to get anywhere, it must get approval from the Historical and Art Commission, City Council and the Parks and Recreation Commission, which, incidentally, will be hearing a presentation on the project in about two weeks.

Here are some renderings from the Sheward Partnership: 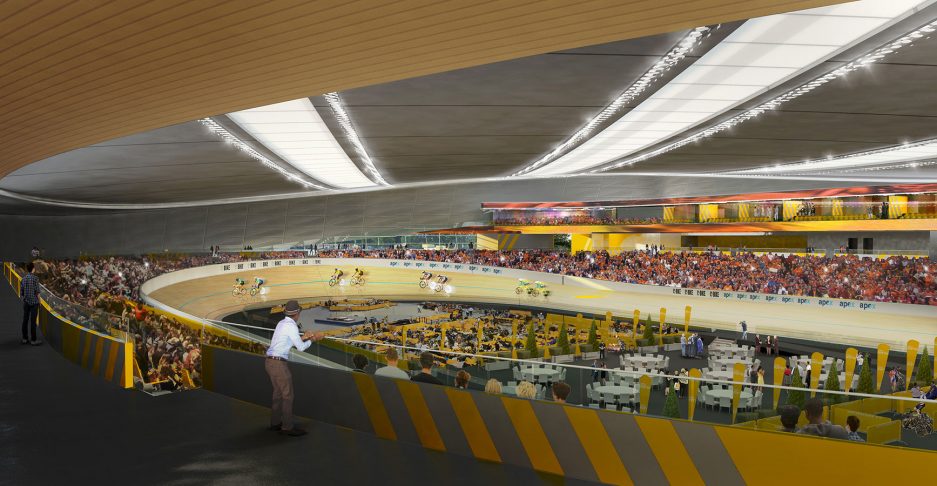 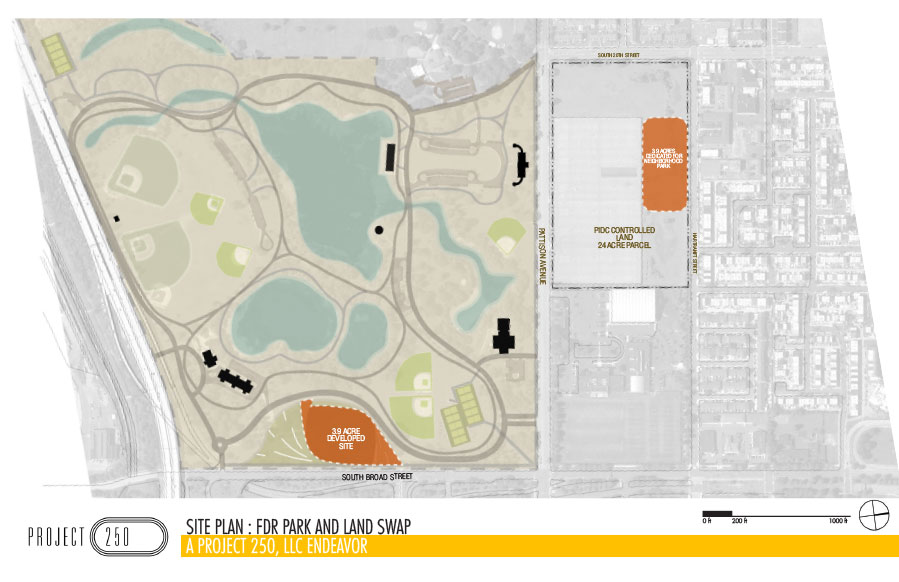