We decided on House 1 and simultaneously vowed not to look back. So yes, as it turns out, we were going to make our decision about buying a house based on 10 minutes talking to a stranger. Considering how much we loved House 1, we just couldn’t wrap our heads around making an offer on House 2, which we also liked but had a potential downside we weren’t sure we’d ever escape.

We decided on House 1 and simultaneously vowed not to look back. We were choosing our choice! It was hard to tell what excited me more: imagining my sudden culinary genius in a dreamboat kitchen or simply not having to look at any more houses. The truth was, it didn’t matter. We traded ambiguity for calm certitude and I slept through the night for the first time in almost a week.

Making the offer and negotiating was another matter.

I don’t expect our experience coming to a contract was much different from most. But I can confidently say I don’t know too many people who signed their agreement documents in a strep-throat-induced fever haze. We pulled the mental trigger on a Monday night, informing our realtor Jack that we were ready to make an offer on House 1. Tuesday at 4 p.m. my doctor was confirming my rapid strep test diagnosis. Three hours later I was scanning piles of signatures and initials between my office, C.’s office and Jack’s. By the time I had initialed the last disclosure, I would have signed my soul to Satan just to go home.

At home, our relief took the form of wide-eyed distractionary television. We had lived through the decision-making process without giving much thought to the anxiety of the offer-making process. Once we signed the papers, we only indulged in a few moments of happy anticipation before it gave way to total panic that the deal would never go through. I didn’t sleep Tuesday night and probably won’t ever be sure whether it was due to the strep or the nerves.

Being in the office would have provided me with the comforting mundanities of daily work life. But being home sick – while it was a kindness to my co-workers – provided only a wasteland of empty hours and antibiotic-fueled napping. It was not a good day to be awaiting word on our offer. As a person who breaks out in a cold sweat at the mere mention of the word “budget,” I was probably less well-equipped than most to handle a negotiation situation right from the start. I was lucky to rely on a spouse whose will was pretty much iron-clad when it came to all things fiduciary.

The counter-offer came in via text from our relator just before lunch. By the time I had had my soup, I was convinced there was no way to bridge the gap between our offer and their bottom line. I imagined growing old in our one-bedroom apartment. Jack had clued us in to the comps in East Falls, and we knew that most houses in our zone sold for about 97% of the selling price. Our bottom line was a little shy of that. The sellers came in a bit north. We countered their counter after a frenzied round of emails with Jack and our mortgage lender. I prepared to walk away and started wondering how bad it would be to live next to the woman we’d met a week ago.

I was on the telephone with Jack, using language that made me abundantly grateful to have a friend for a realtor as opposed to a professional whose reaction to the f-word was one I could not predict.  In my non-phone-bearing hand, I was recording new numbers – monthly payments, closing costs – and mentally trying to figure out whether we could live with the seller’s first counter. I was putting Jack on hold intermittently to text C., who was stuck in traffic on 76 (of course! The very reason we were moving in the first place!), with each new calculation.

When I put the phone back to my ear, Jack was saying, “Hold that text. They accepted the counter.” I felt my hands start to shake and I was glad – again – that I was on the phone with a friend. I texted C. through a watery blur. I was desperate for him to get home so that we could acknowledge this milestone without emojis being involved. He walked in 20 minutes later, and our excitement bested the strep throat. We had celebrated our engagement at a Thai BYO a few years earlier and we were going to celebrate being under agreement at another Thai BYO come hell or high water. At the moment, wine was better medicine than penicillin.

Below: the house that convinced us. Next: A Morning of Inspections (alternative title: How Much Do You Know About Joists?) 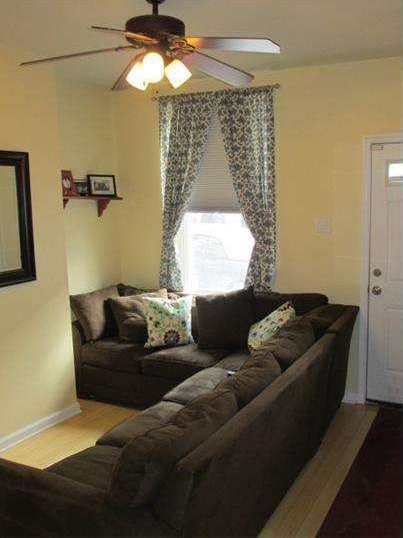 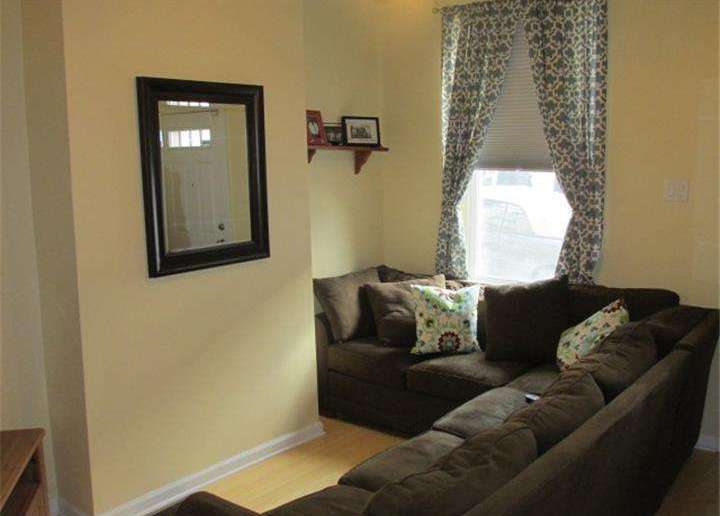 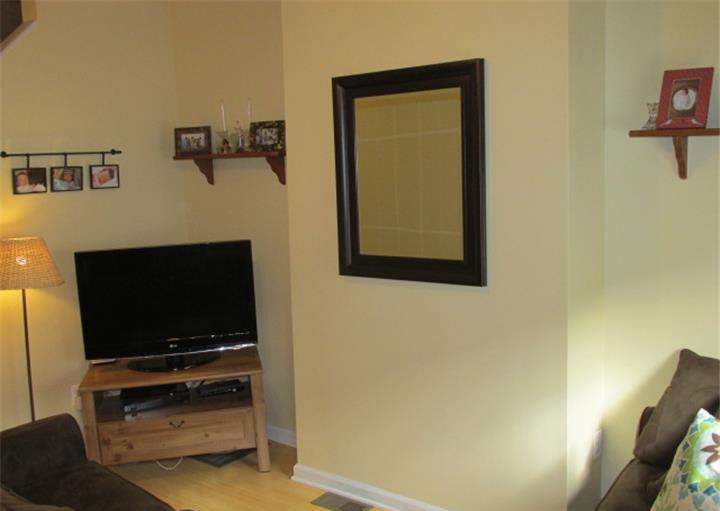 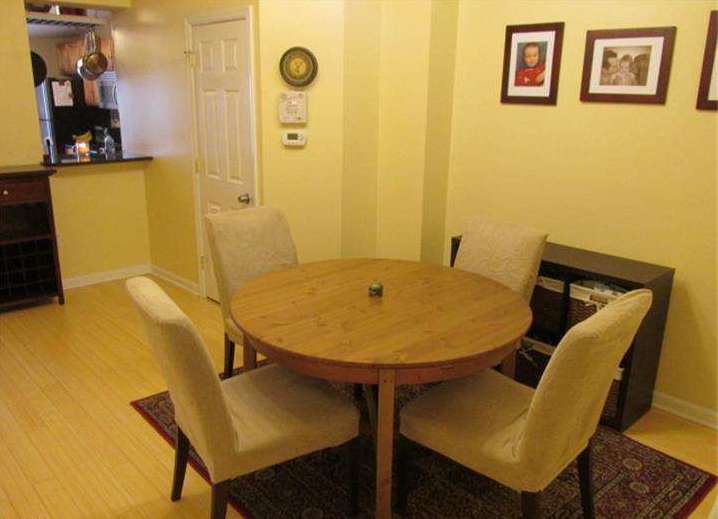 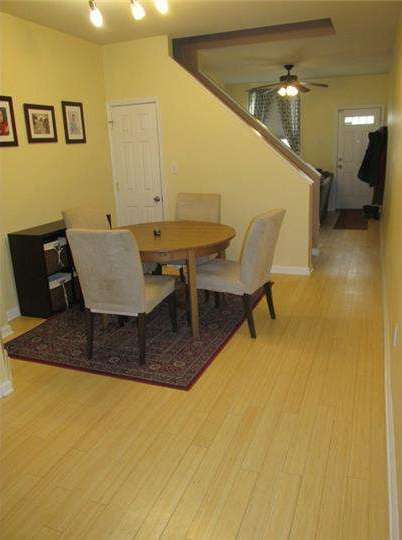 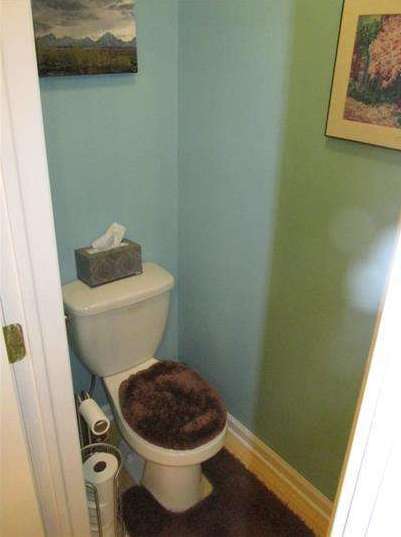 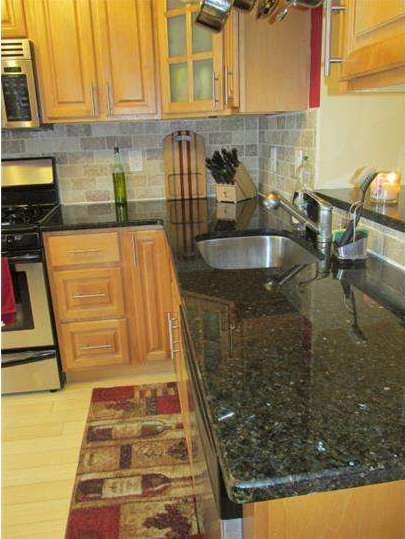 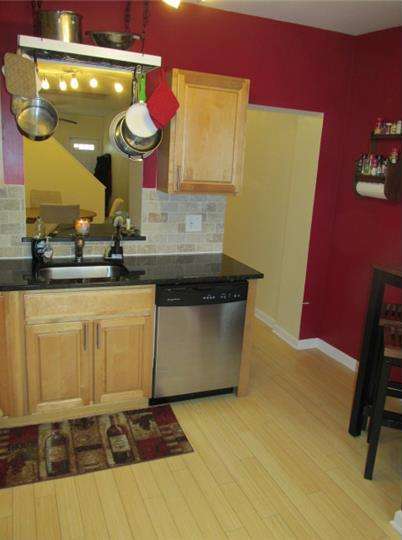 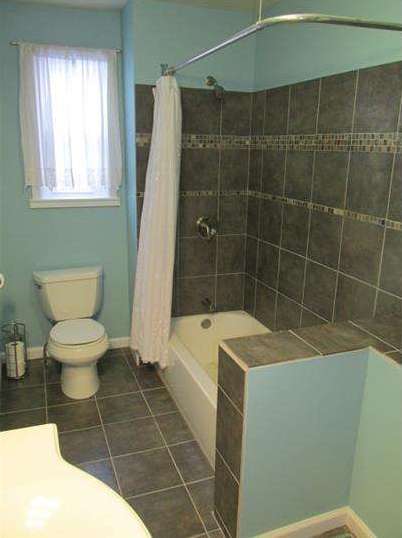 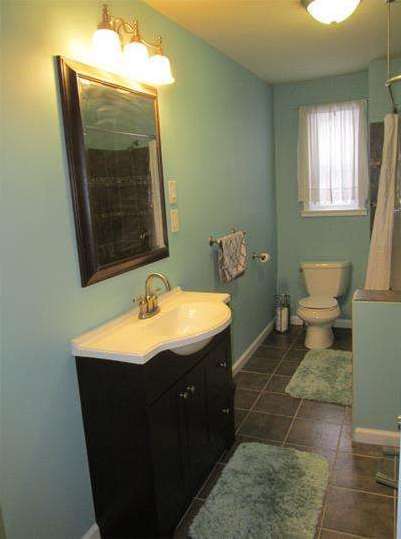 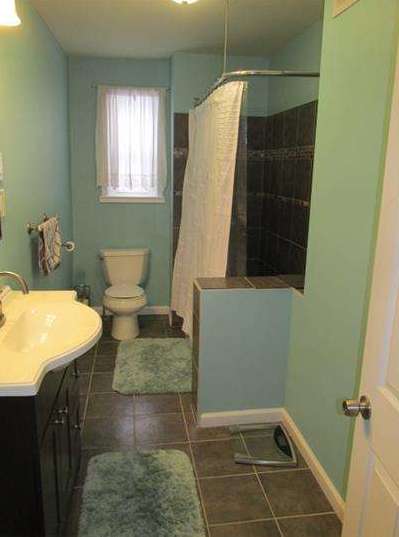 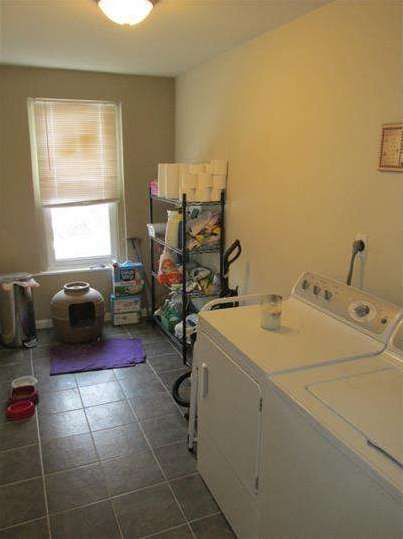 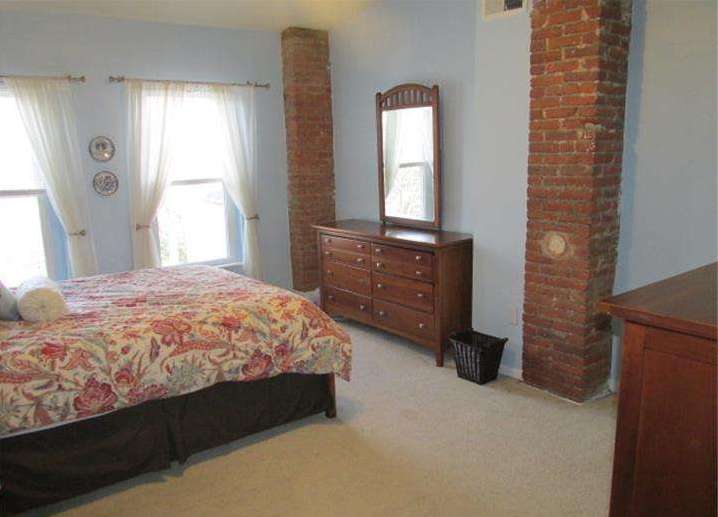 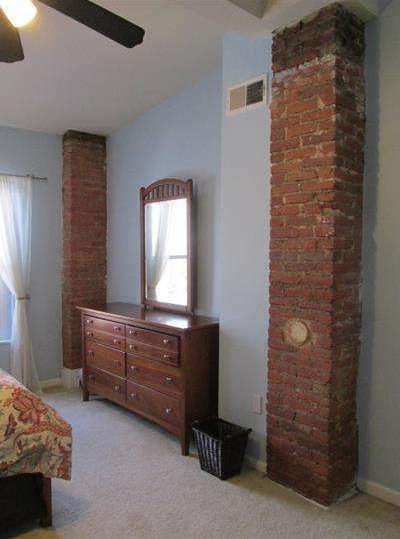 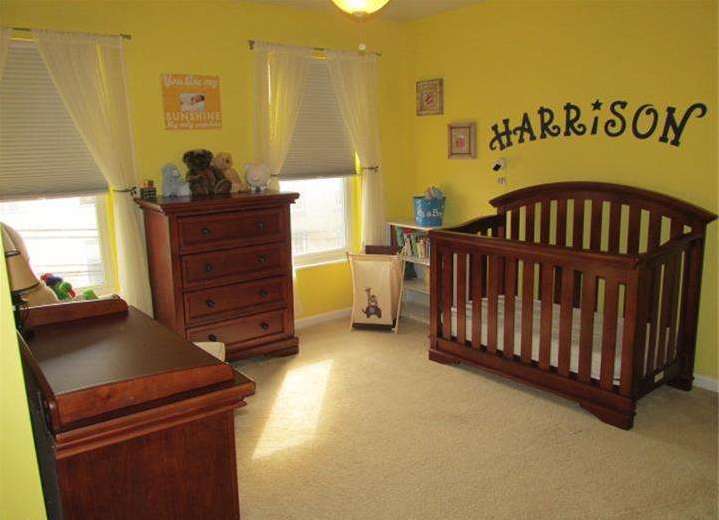 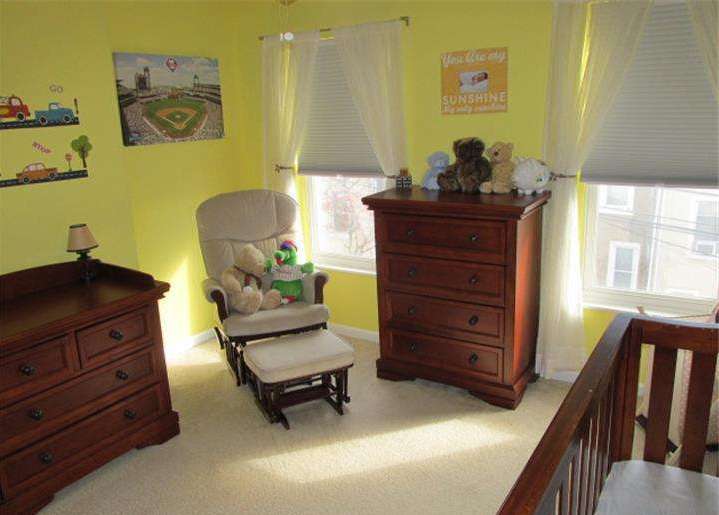 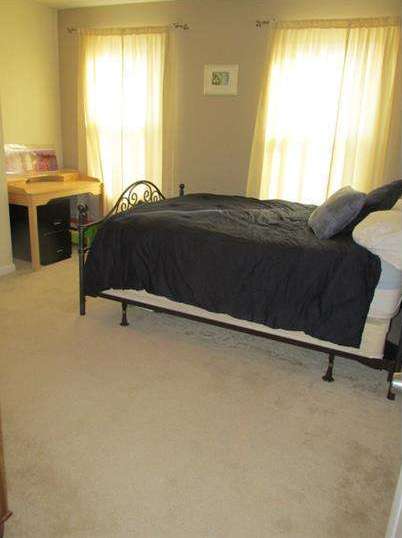 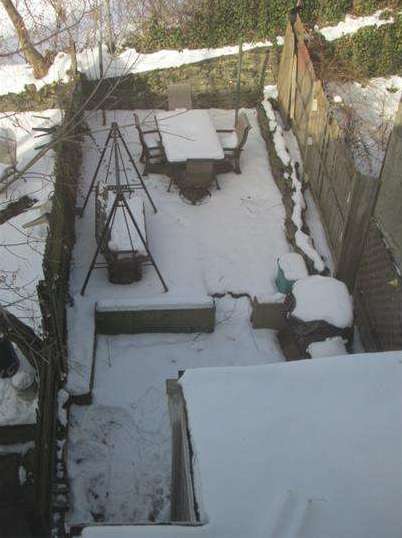 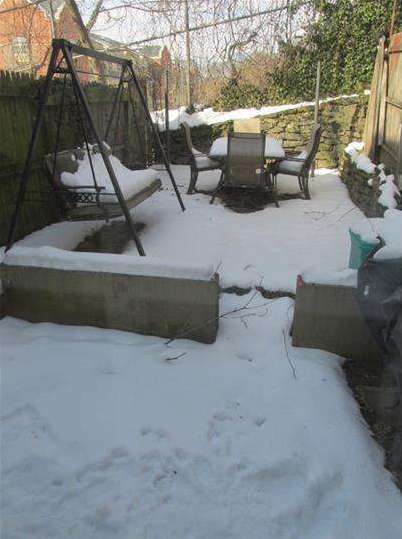