Old City’s Henry Harrison House Is For Sale By Owner Built in 1760 by onetime Philadelphia mayor Henry Harrison, this Old City home was actually one of a trio of Harrison Houses on Cuthbert Street, then known as Coombes Alley. Sarah Apelquist, the home’s current owner, says merchant Harrison was also a local real estate developer. Harrison only briefly resided in the house, after which the property became a rental for newcomers just off the docks. The immigrant families lived in close quarters — every level of the house was occupied, with the kitchen as a common area.

In the early 1960s, the Harrison House at 116 almost met its end due to expansion plans for I-95, where there was talk of its being demolished along with several other homes in the area. Apelquist credits a neighbor and the Philadelphia Historical Commission for having played a key role in saving the home, which is on the city’s Register of Historic Places. In later years, much of the home’s flooring was extensively renovated. But Apelquist says the original wood floors taken from ships in the 18th century remain, surely to the delight of old-world enthusiasts.

As per the listing, the historic features — original wood ceiling beams, crown molding, built-ins — are balanced by modern luxury amenities. The eat-in kitchen, for example,  got a slew of upgrades in 2010: new granite countertops, custom cabinetry, Brazilian walnut floors, and stainless steel appliances. Brand new carpets, a revamped deck overlooking the garden, and a refurbished bathroom are the latest additions to the master suite, which has a large walk-in closet. A second bathroom has also been recently modernized.

Harrison House gets bonus points for location: It’s within walking-distance of the Market-Frankford Line, various health clubs, historic buildings, a farmer’s market, and plenty of food and entertainment. But Apelquist says she hopes that whoever is interested in buying the home will appreciate its history. 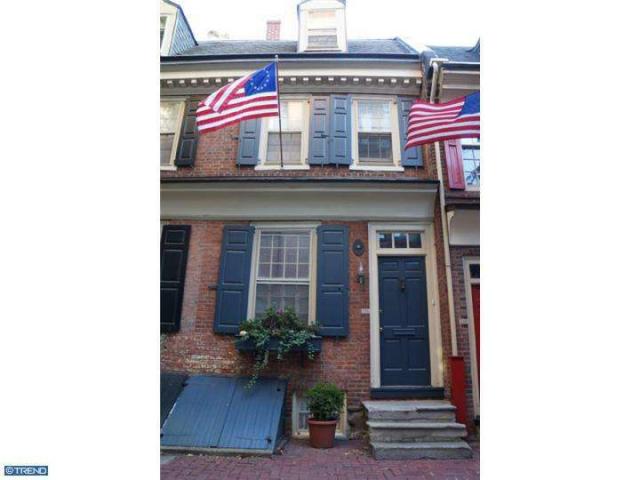 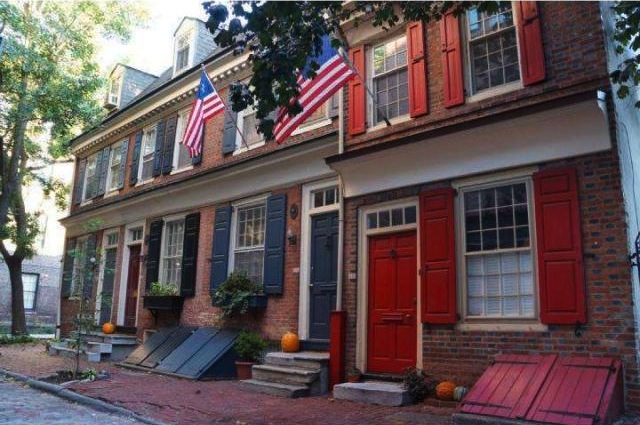 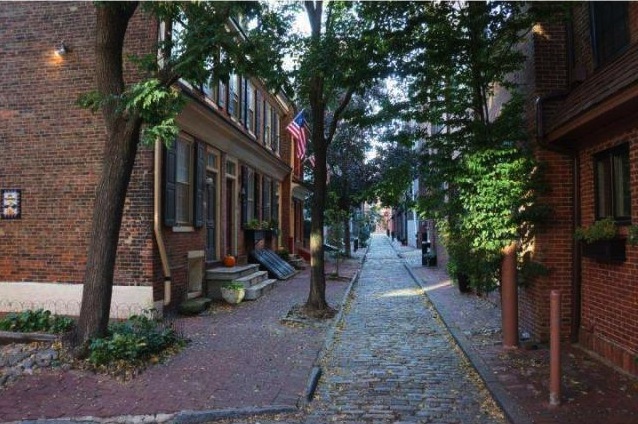 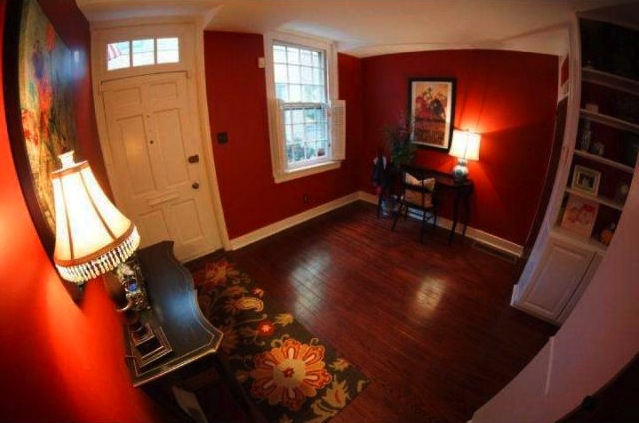 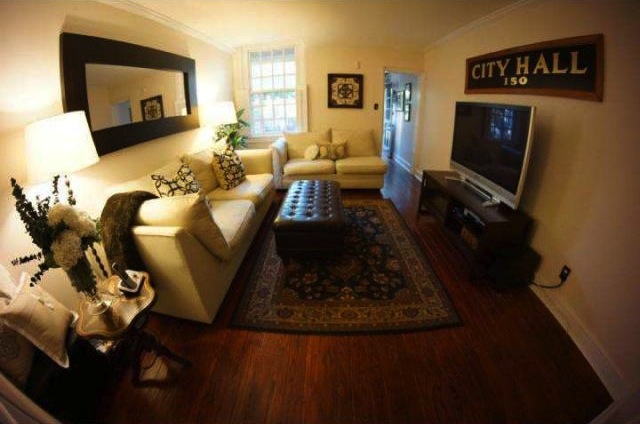 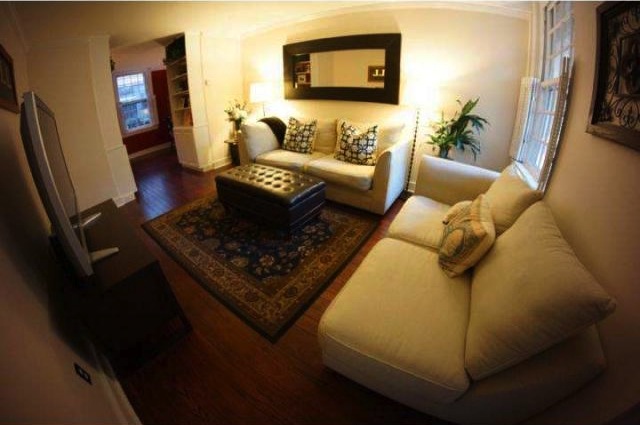 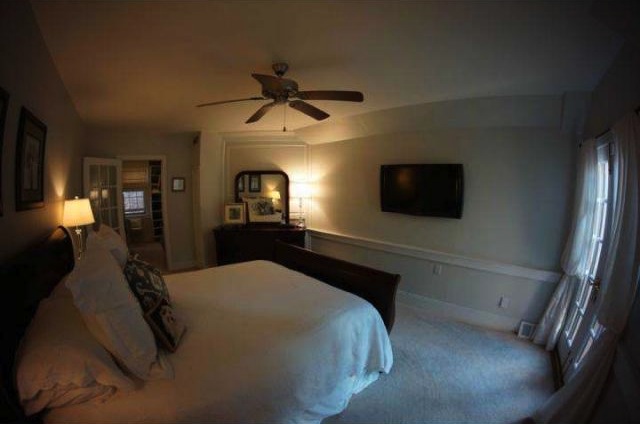 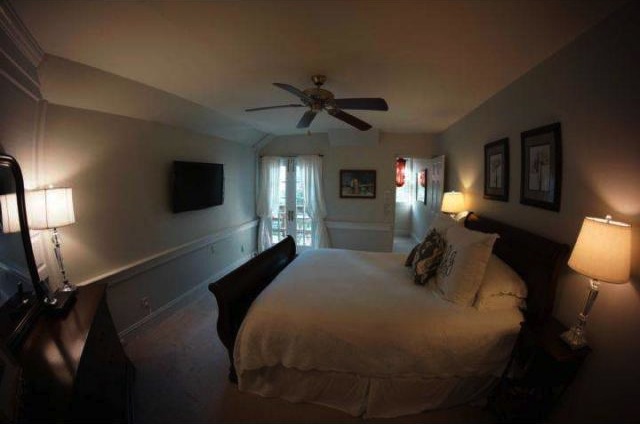 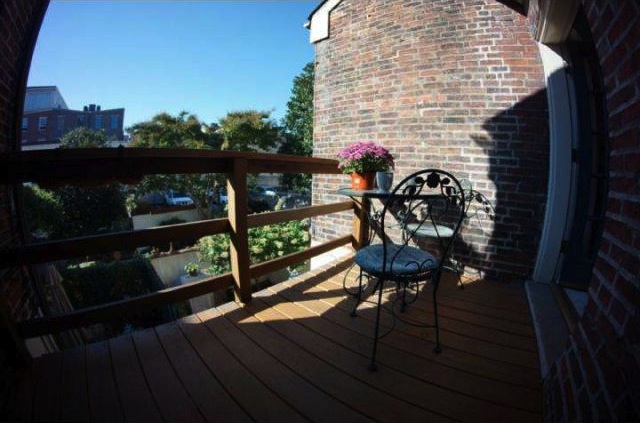 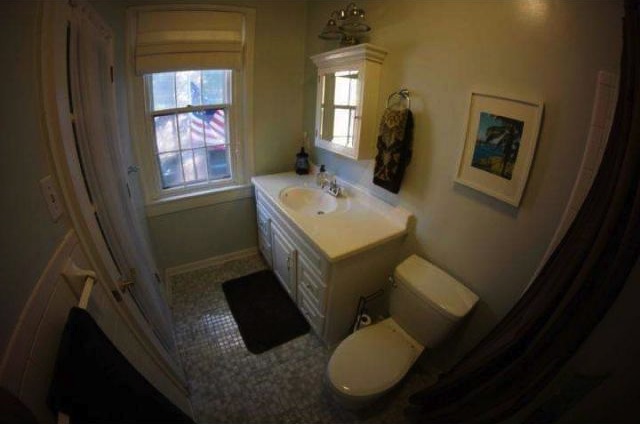 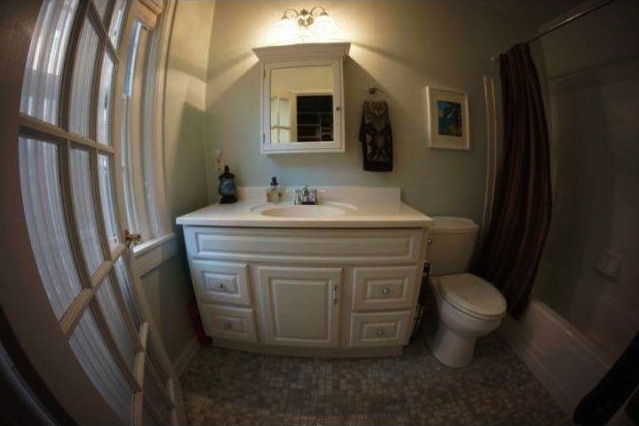 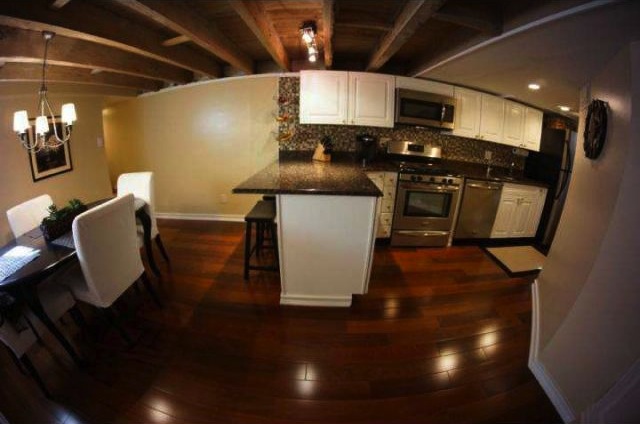 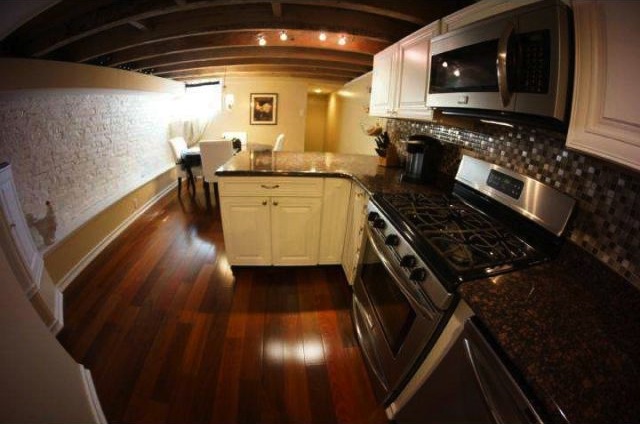 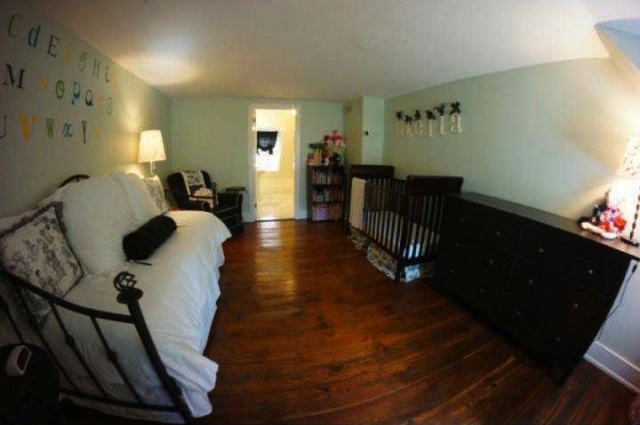 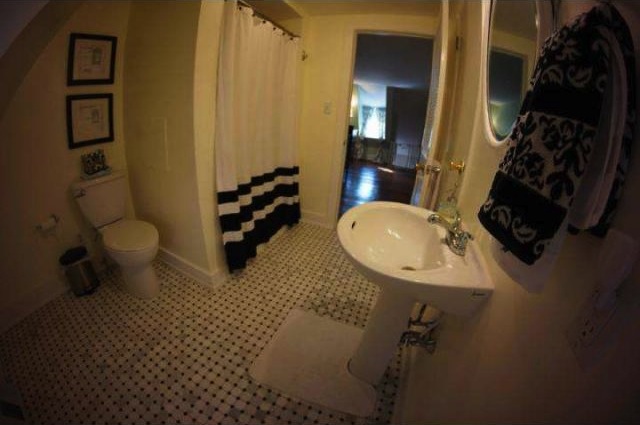 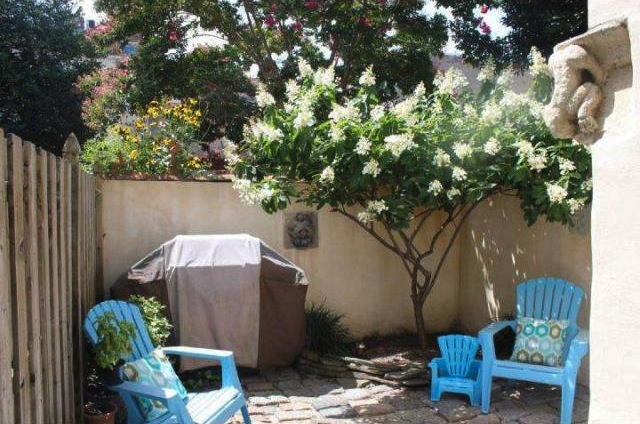 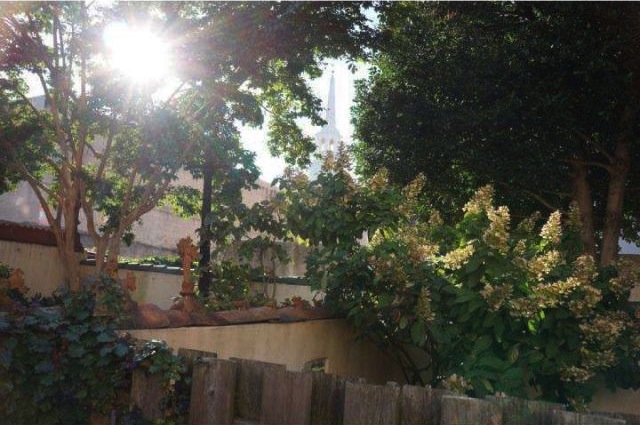