It’s only the fourth season for this community garden in Germantown, and already 51 plots have been hacked out of the asphalt of a row of old tennis courts adjacent to Cloverly Park. The courts were once used by students at Germantown Friends School, and the land is held in trust for the school and Germantown Monthly Meeting, a Quaker group.

Catherine Adams co-chairs the committee that runs the garden. She has been involved in the garden from the beginning. “I became involved in the garden as soon as I heard of the project without any hesitation,” she said. She has hauled buckets of water, tended plants, and screened chunks of asphalt out of the soil. Adams lives two blocks from the garden in a former industrial building with almost no outdoor space, so she’s glad to have a place to grow vegetables. 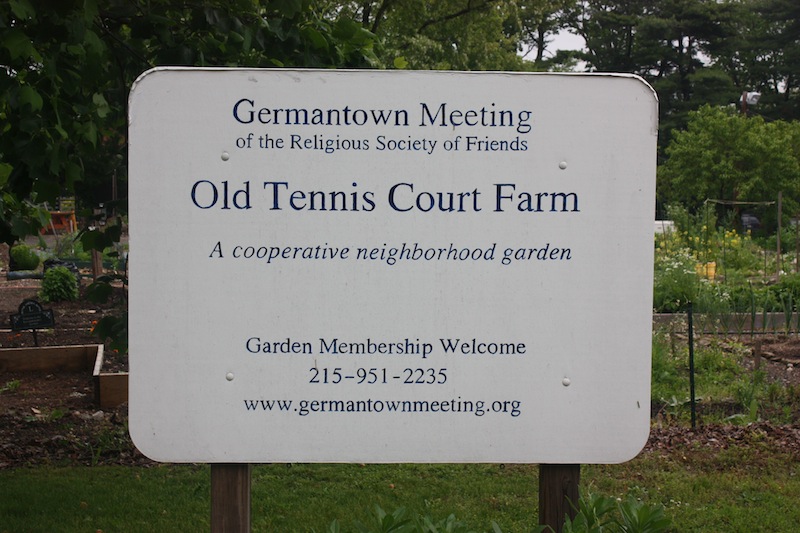 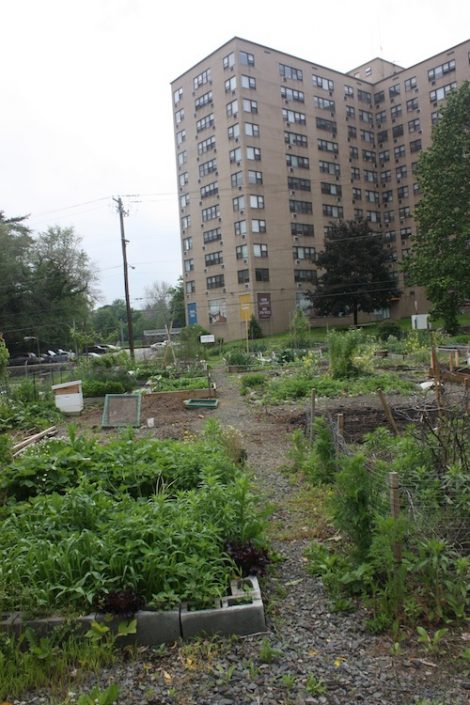 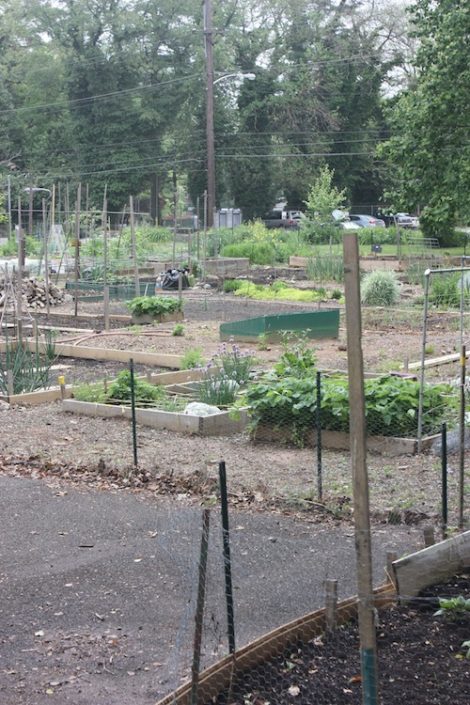 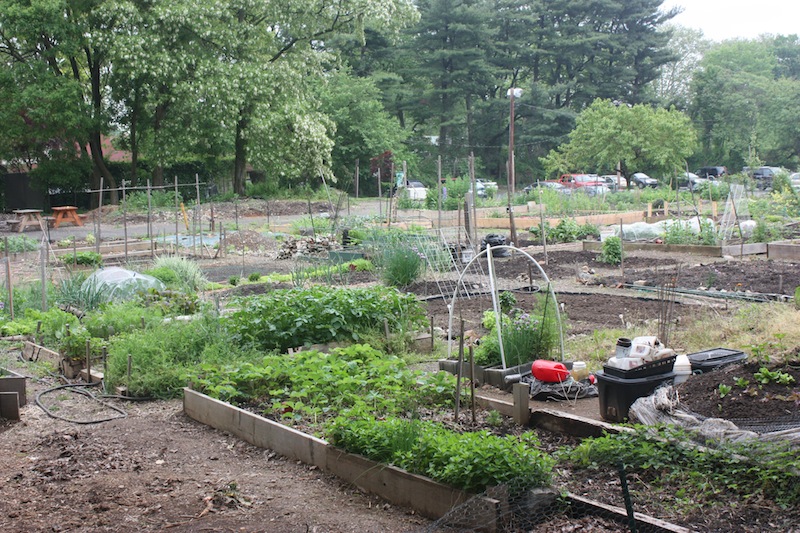 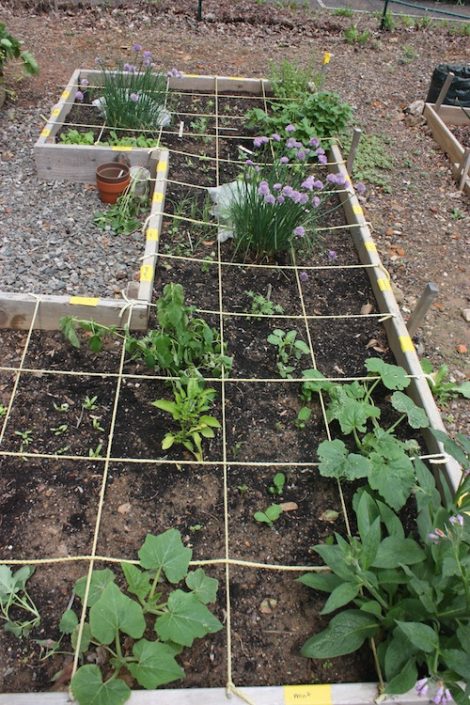 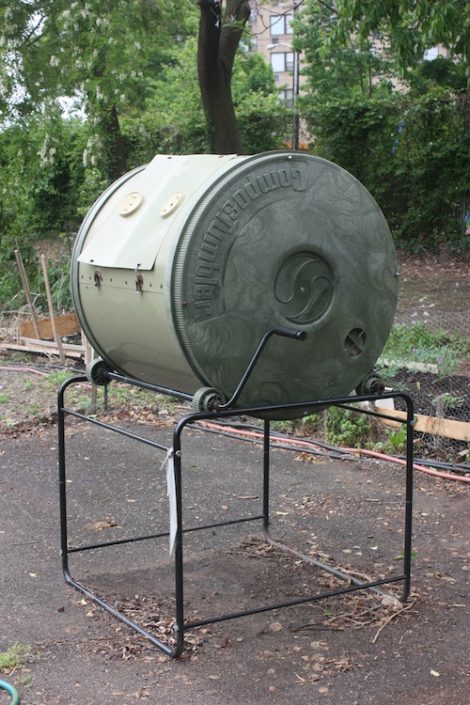 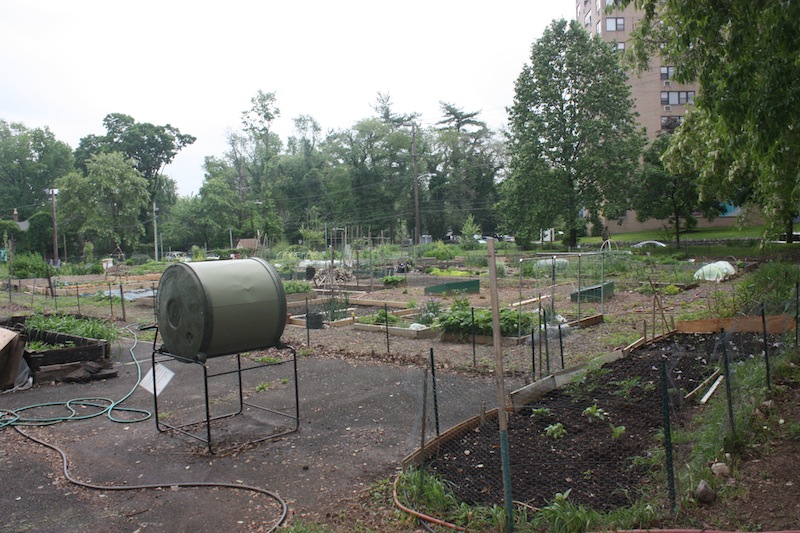 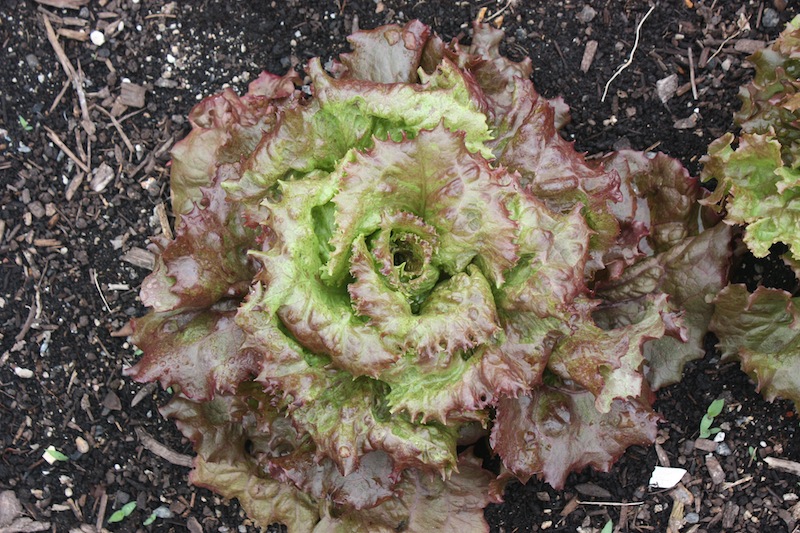 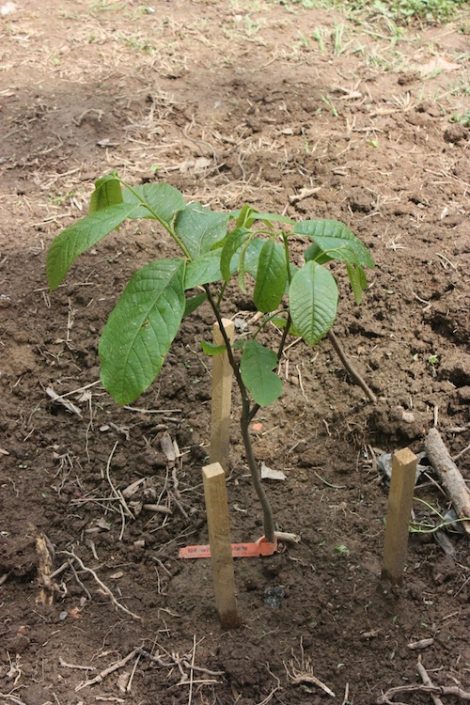 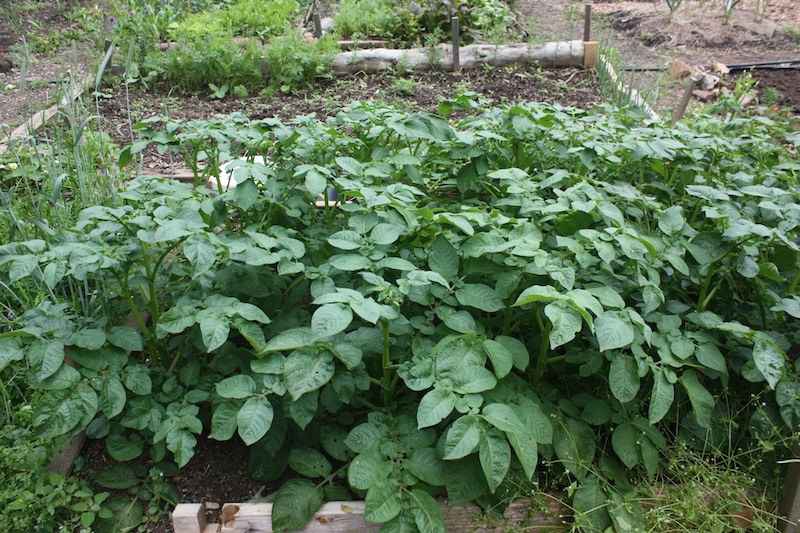 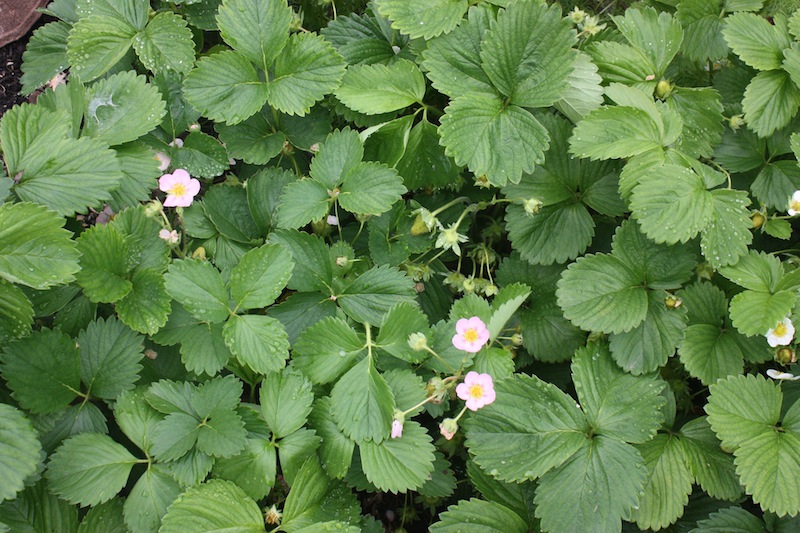 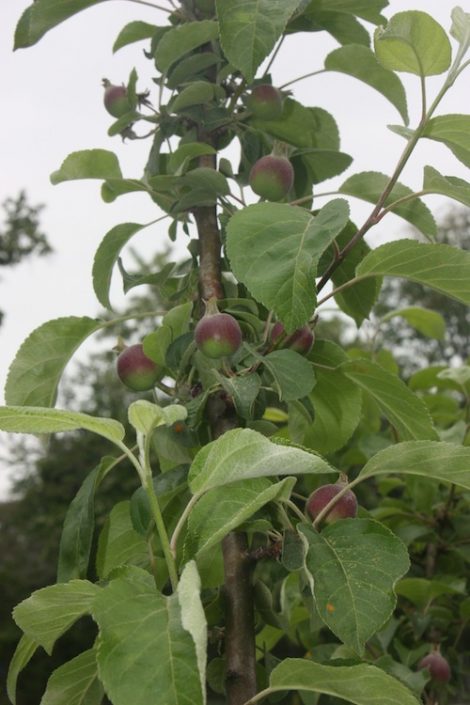 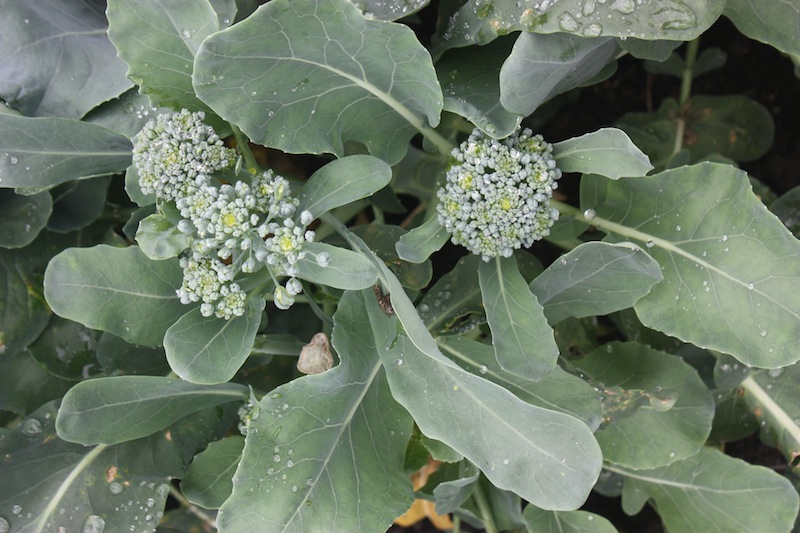 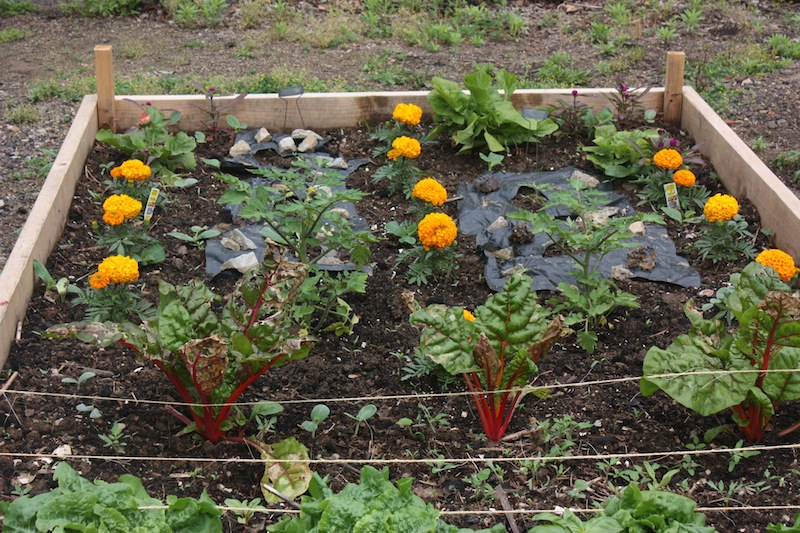 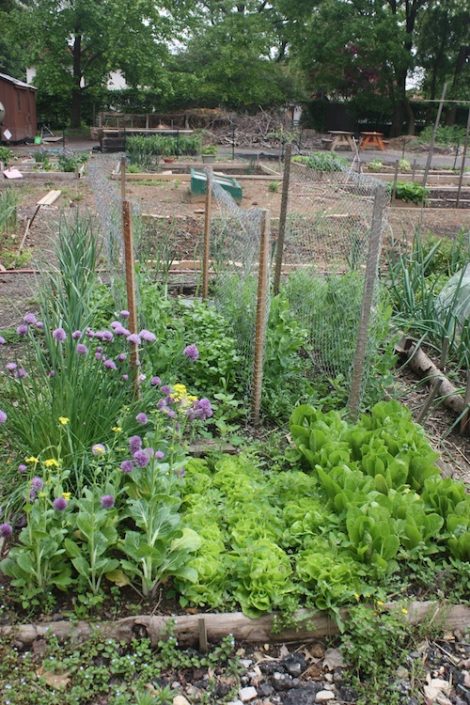 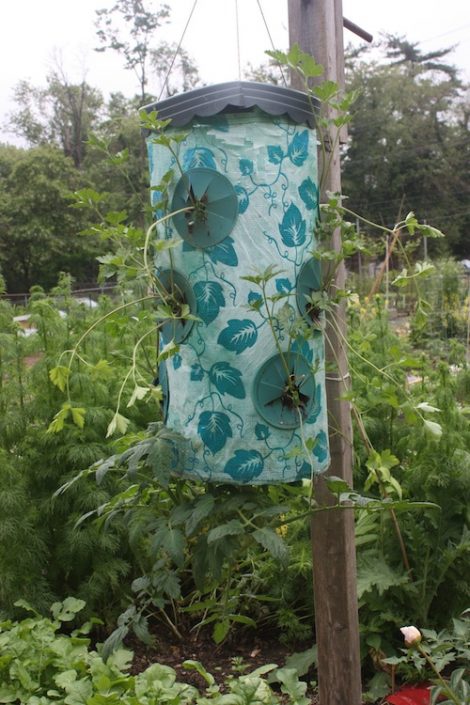 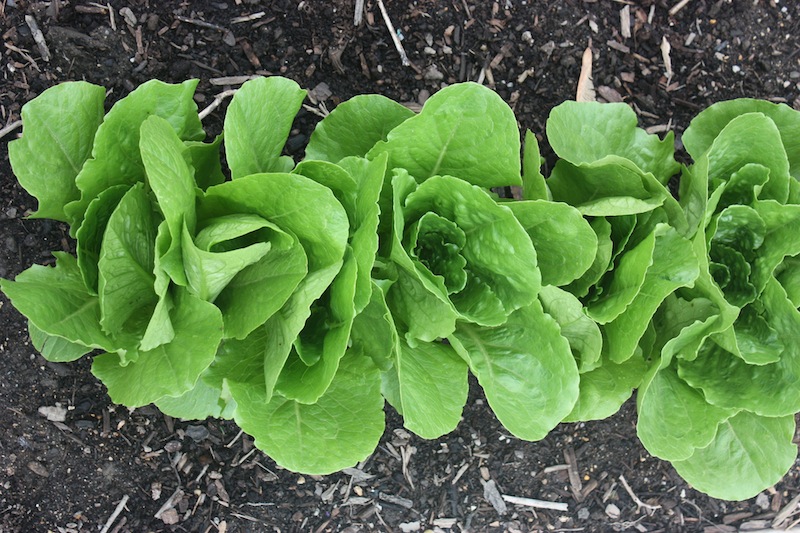 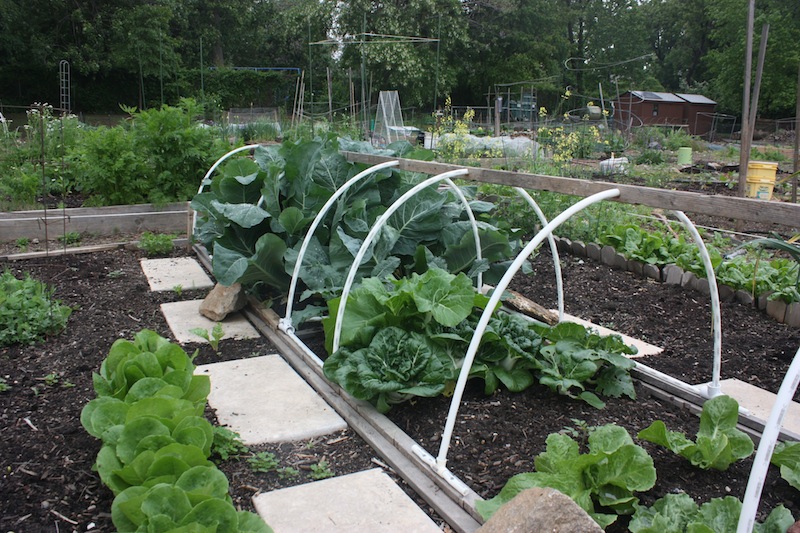 This year, Adams is already harvesting arugula, herbs and radishes. Her garlic, beets, strawberries and tomatoes will mature later in the season. Adams also tends a beehive at the garden, although the bees didn’t survive the winter. “I am still searching for bees to fill my hives but there appears to a be a bee shortage,” she said.

In addition to private plots, the garden has communal fruit trees–peaches, pears, apples, paw paws and persimmons. Last year the group added grape vines, blackberries, and currants. Communal resources include a shed with an assortment of shared tools, and a solar-powered well. The group occasionally buys loads of compost from the city.

Members are expected to pay a fee of $40 per year, and contribute 12 hours of labor per year on projects like building fences, tending paths and constructing shared resources like compost bins.

The garden is in a section of Germantown with many high-rise apartment buildings, and gives apartment dwellers a chance to grow more than a few potted plants on their balconies. It’s come very far in a short time, and has better resources than many other community gardens.