Pork rillettes, Forest & Main beers, and karaoke are on the menu. 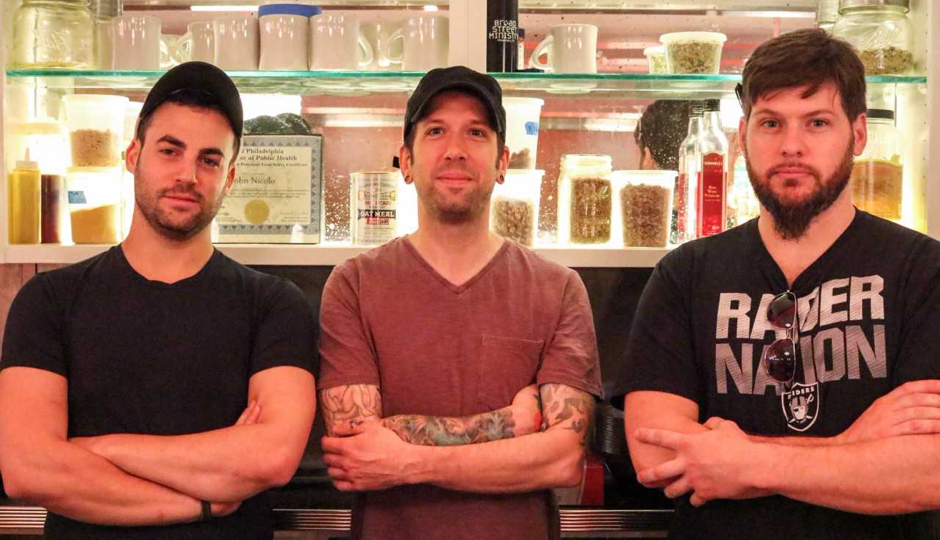 On the last Saturday of every month, Rooster Soup Company transforms into a karaoke bar with a killer late-night breakfast. And this Saturday, September 30th, Aldine chef-owner George Sabatino is hanging out in the kitchen to put his own twist on the breakfast menu.

On Saturday, September 30th from 8 p.m. until 1 a.m., Sabatino will be turning out dishes like a cornbread waffle with pork rillettes and toasted oat panna cotta made with stewed apples and candied ginger. Forest & Main Brewing Company’s beers will be featured too — after all, who drinks coffee at late-night breakfast?

Sabatino will be cooking alongside Rooster Soup co-chefs Jarrett O’Hara, formerly of Abe Fisher, and Mike Ran, a Zahav alum. The duo took over after longtime Cook’N’Solo chef Erin O’Shea left Rooster Soup to pursue other projects this past summer. 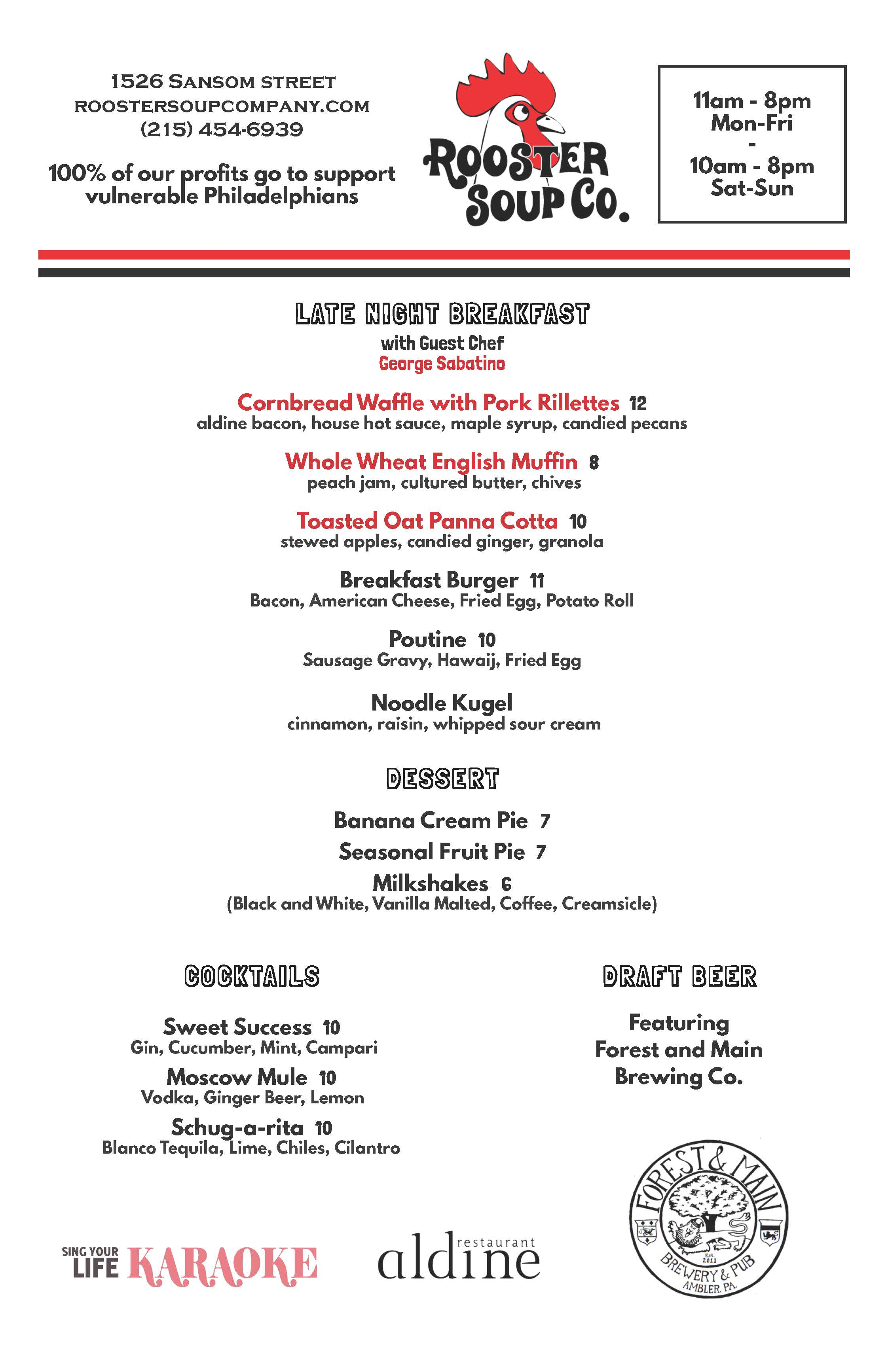