This Couple Describes Their Stylish Penn Museum Wedding as an “Eleganza”

The day was heavily influenced by groom Edward’s Chinese culture. 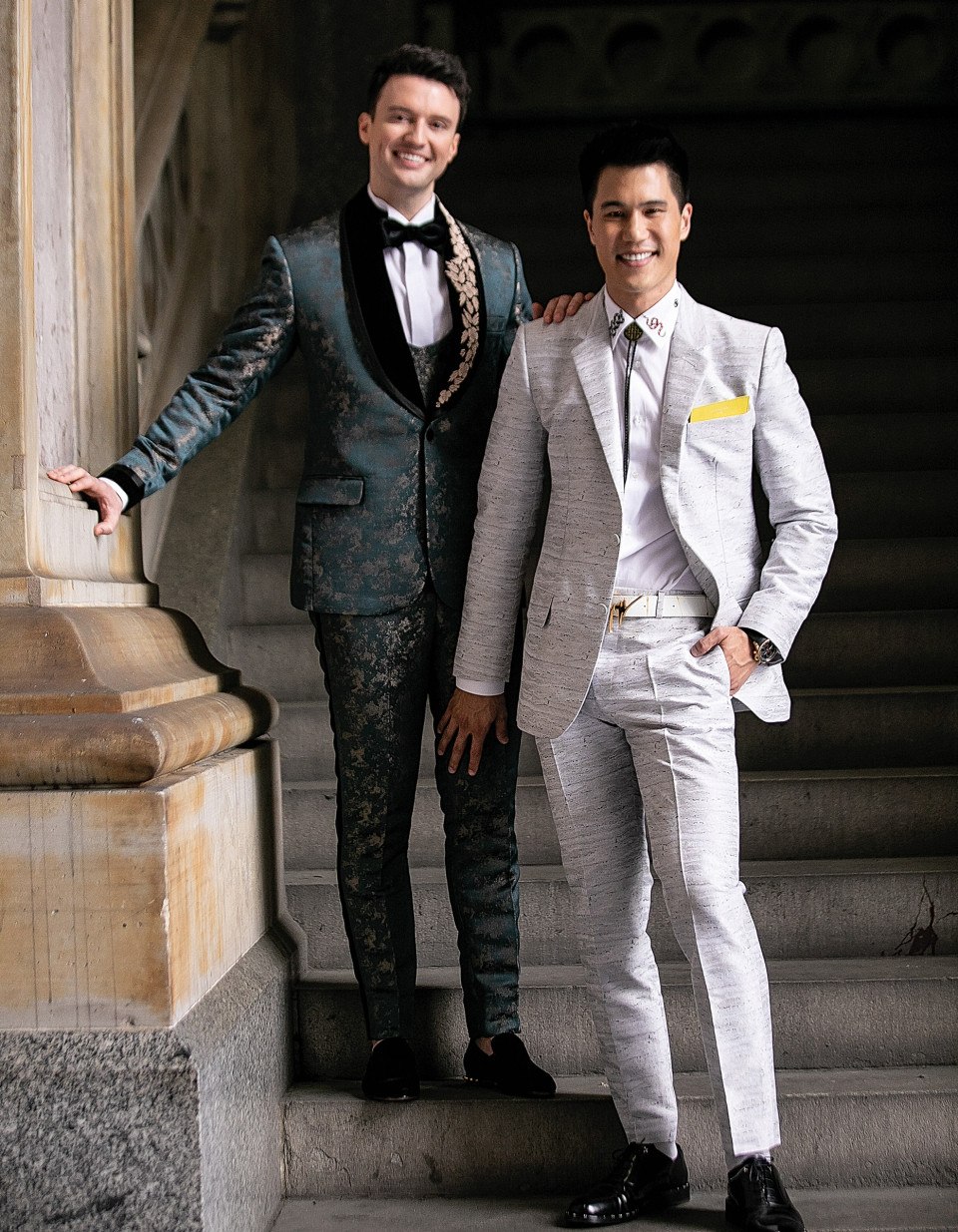 Tyler Ernst (left), in a green-gold jacquard tuxedo, and Edward Hsyeh, who donned a bolo tie in honor of his Kansas upbringing, asked guests at their Penn Museum wedding to dress as if they were going to the Met Gala. / Photography by Zorz Studios

It’s always heartwarming to see how different couples pay homage to their backgrounds on their Big Days, and there are no shortage of unique ways to pull it off, depending your personal style, heritage and shared values. (One recent example: a union that celebrated the duo’s Igbo and Yoruba cultures.) This particular Penn Museum wedding not only honored one of the groom’s Chinese background and the duo’s relationship — but also had one of the most fashionable themes we’ve seen. Check out all the photos by Zorz Studios below. 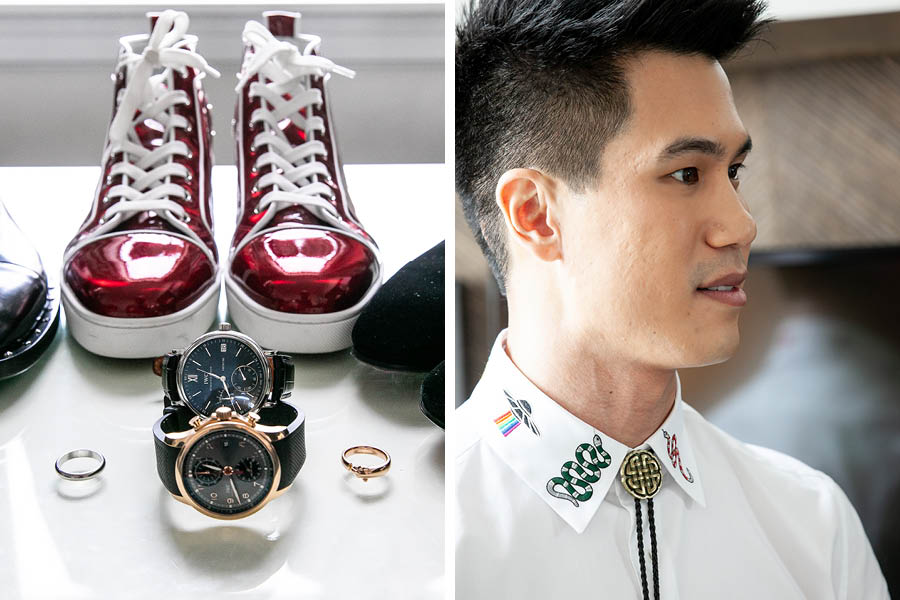 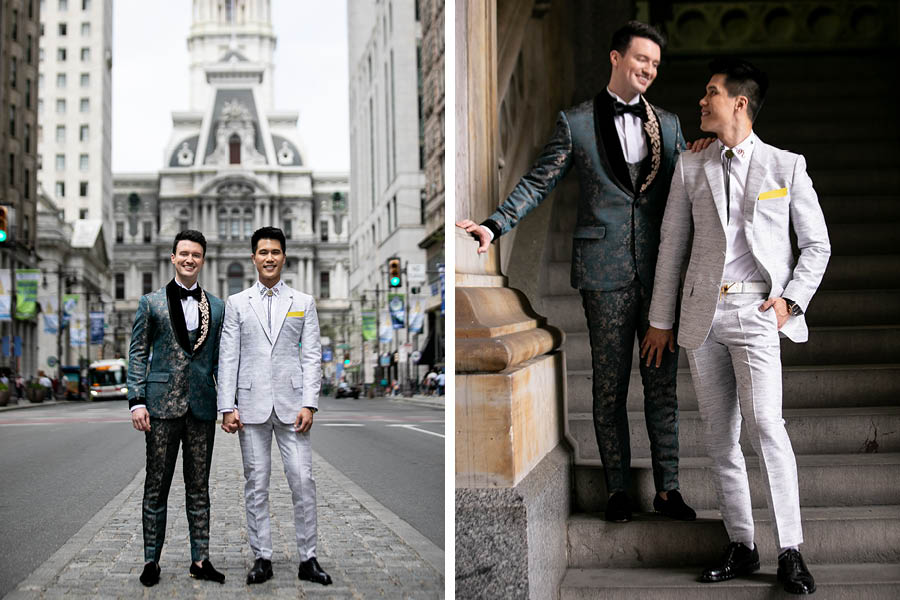 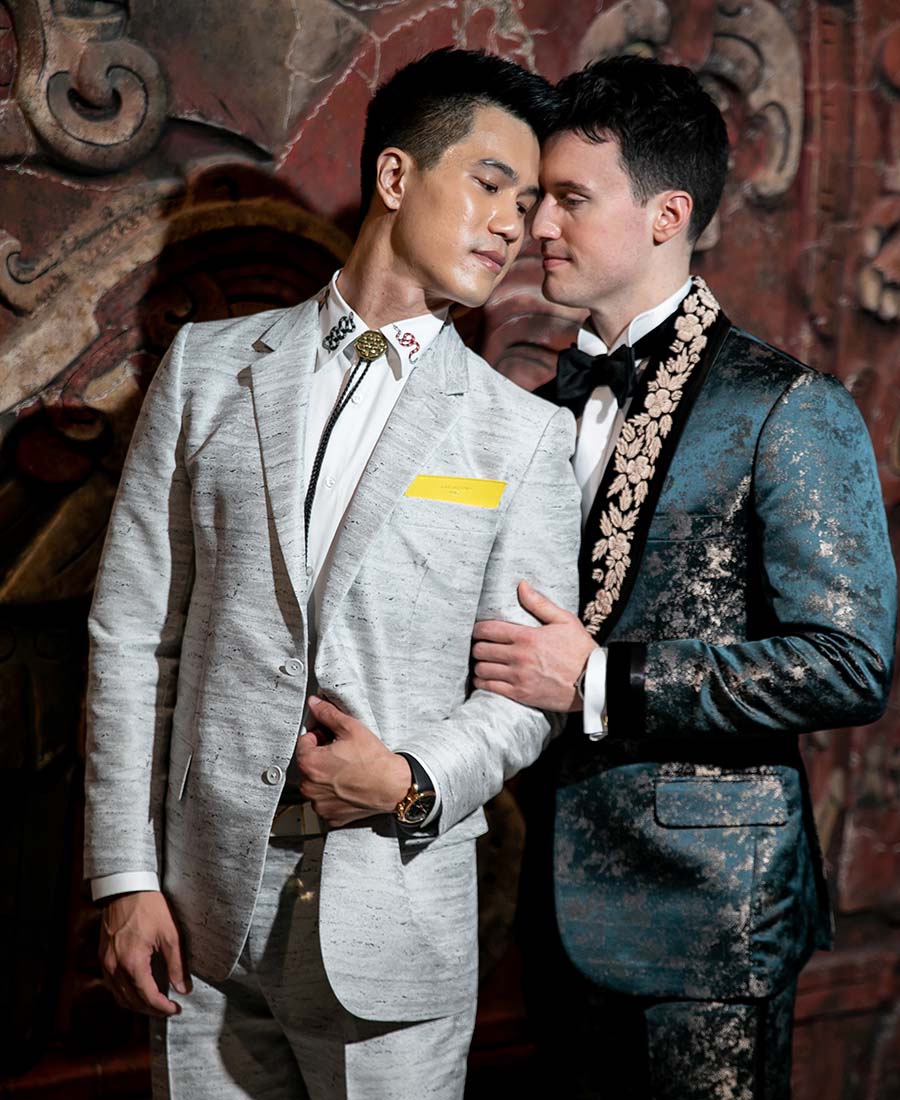 Edward, whose family is Chinese and Taiwanese, met Tyler on the first day of their MBA program at Stanford, in September 2018. They were both in the laundry room when Edward realized he didn’t have any dryer sheets. So he asked to use one of Tyler’s, which were lavender-scented. 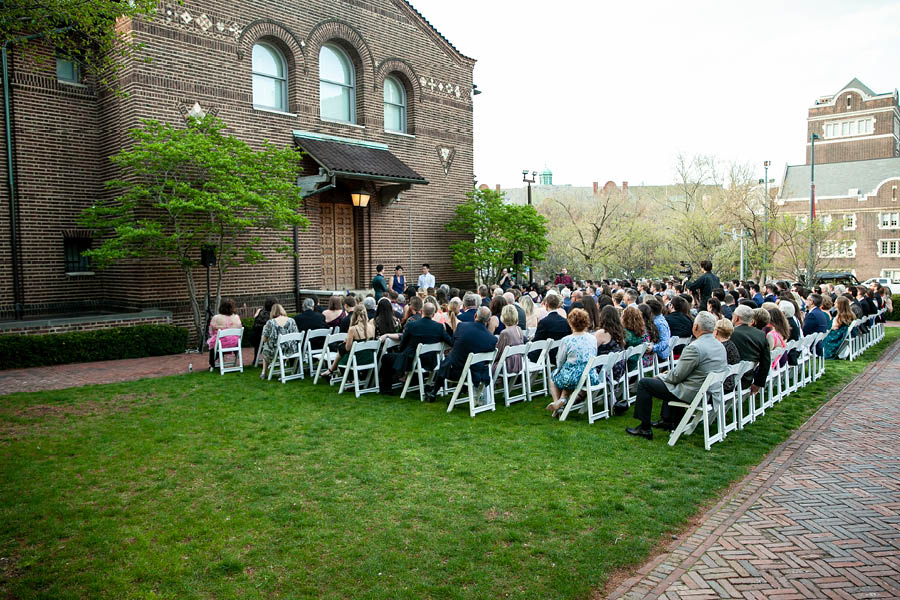 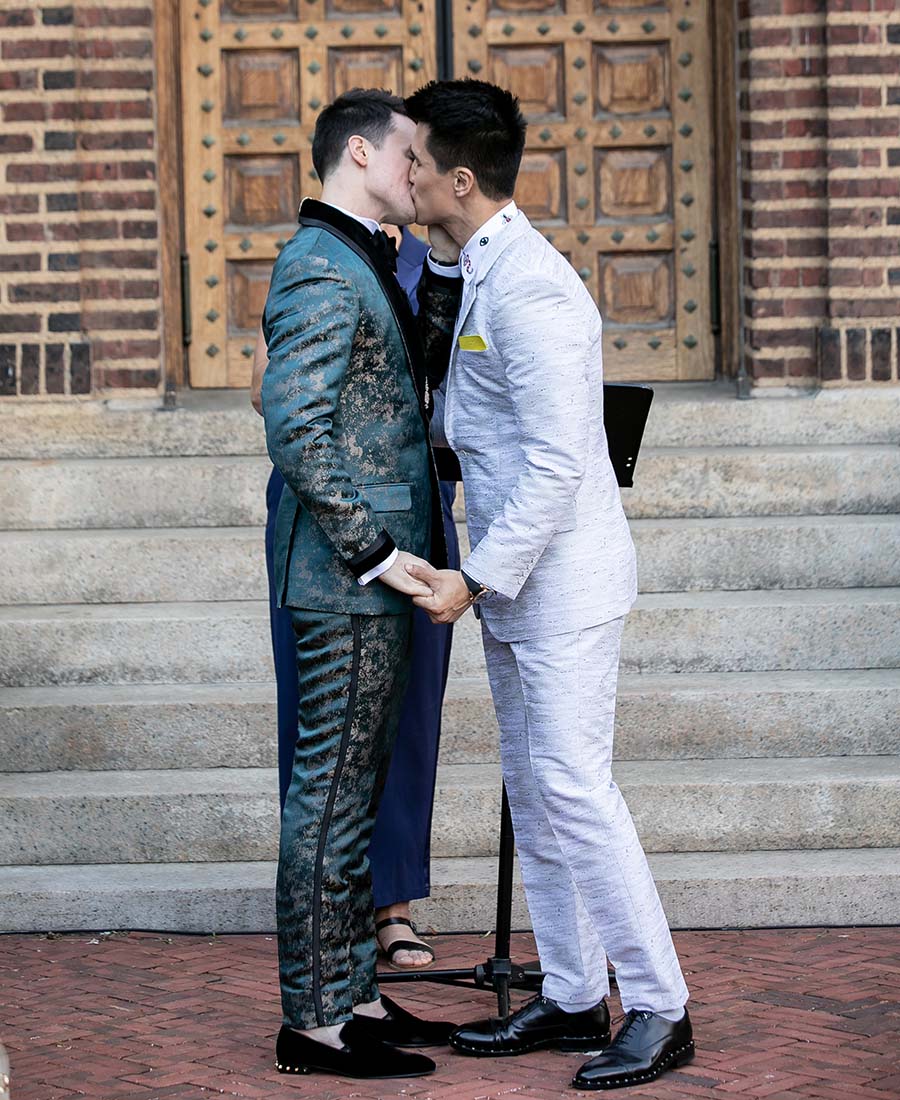 They dated for two and a half years before Tyler, a principal at private equity firm CD&R, proposed to Edward, head of operations for Manhattan skin-care clinic Peachy. Instead of a ring, Tyler presented his partner with an IWC Schaffhausen Portugieser Yacht Club watch. (Edward later counter-proposed with an IWC Portofino.)

The couple chose Penn Museum as their venue because of the tremendous impact Tyler says attending the university had on him. In turn, the festivities were infused with nods to Edward’s heritage. Their invitations, in the Chinese wedding colors of red and gold, were embellished with the double happiness symbol. For the seating chart, the 200 guests found their table numbers by adding up the faux money found inside the traditional red envelopes known as hong bao. 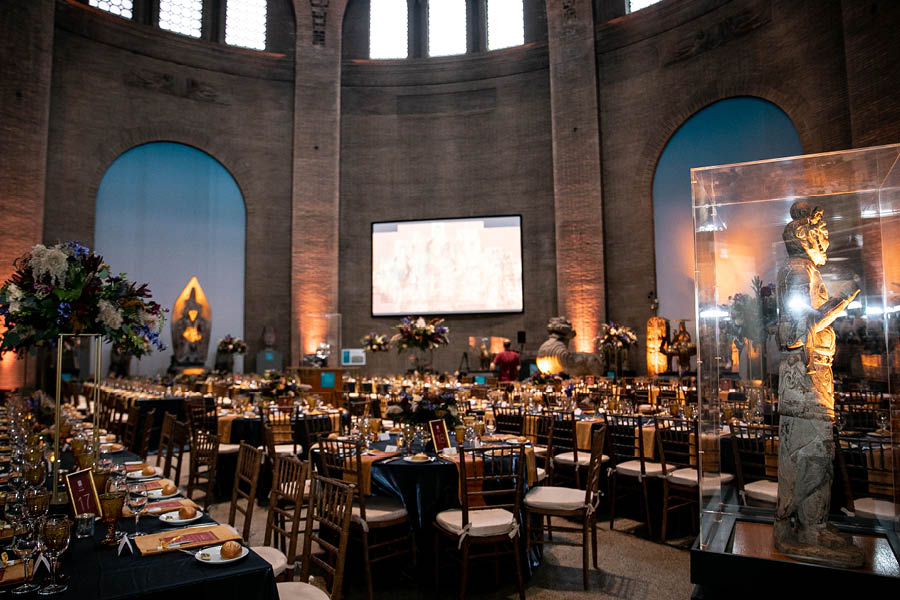 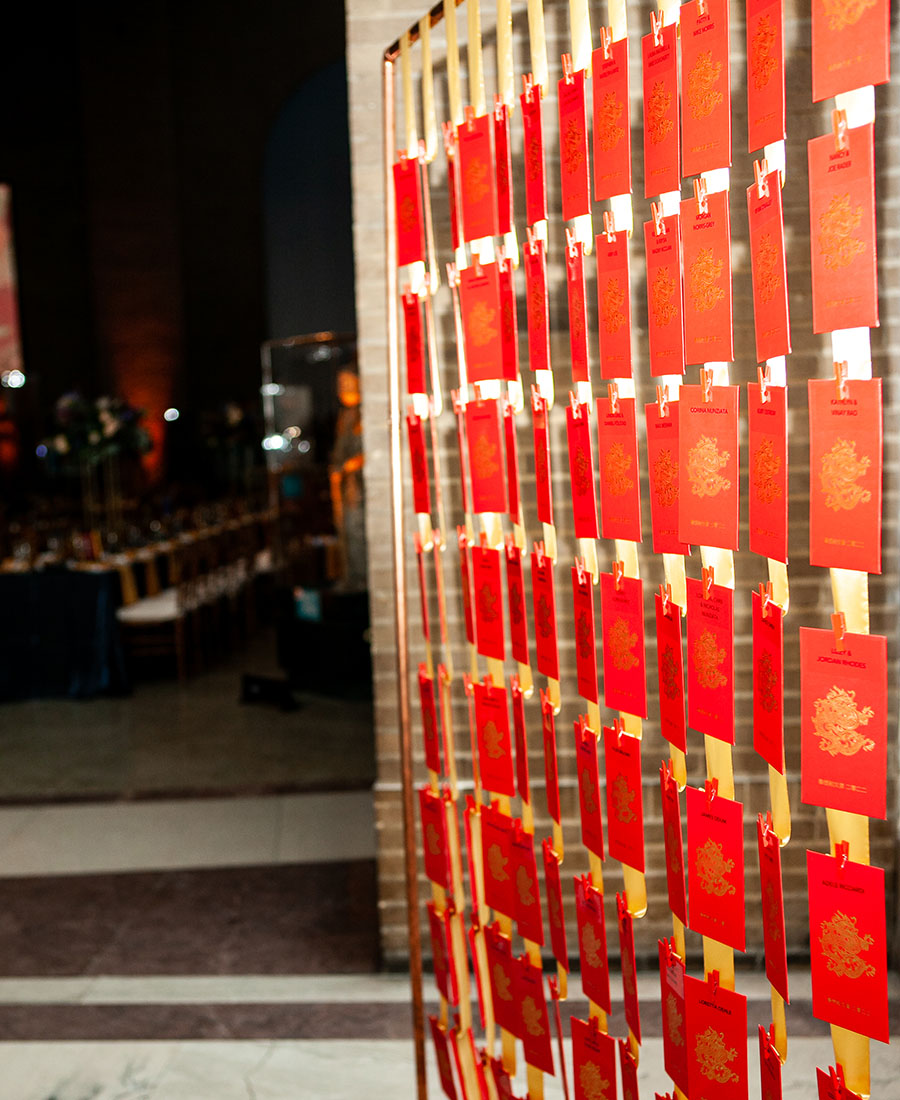 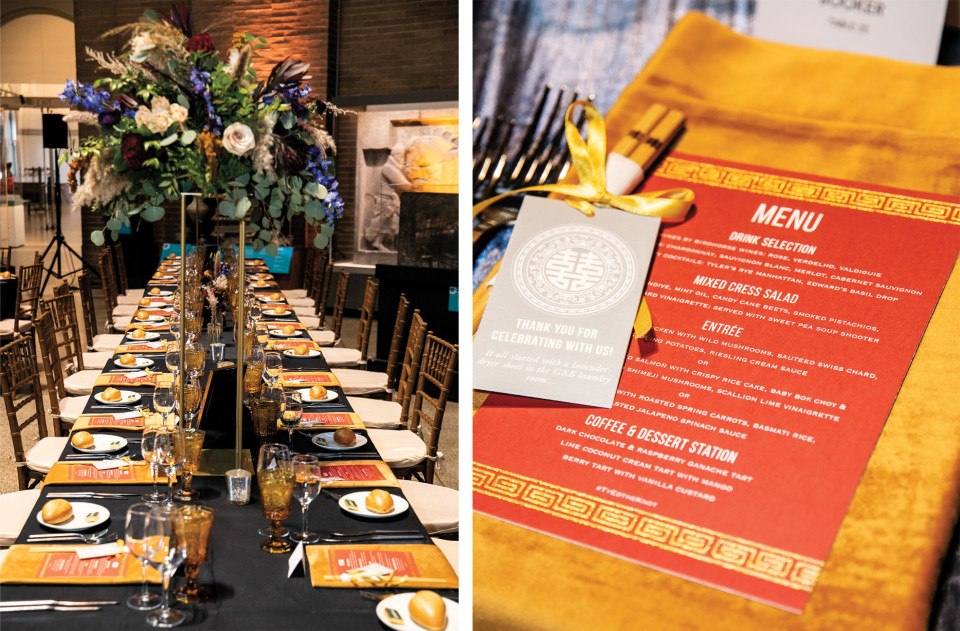 The cake included the pair’s zodiac animal signs — the dragon for Edward and the ram for Tyler. For the guest book, attendees filled the pages with pictures of themselves from the wedding along with words of love and wisdom. 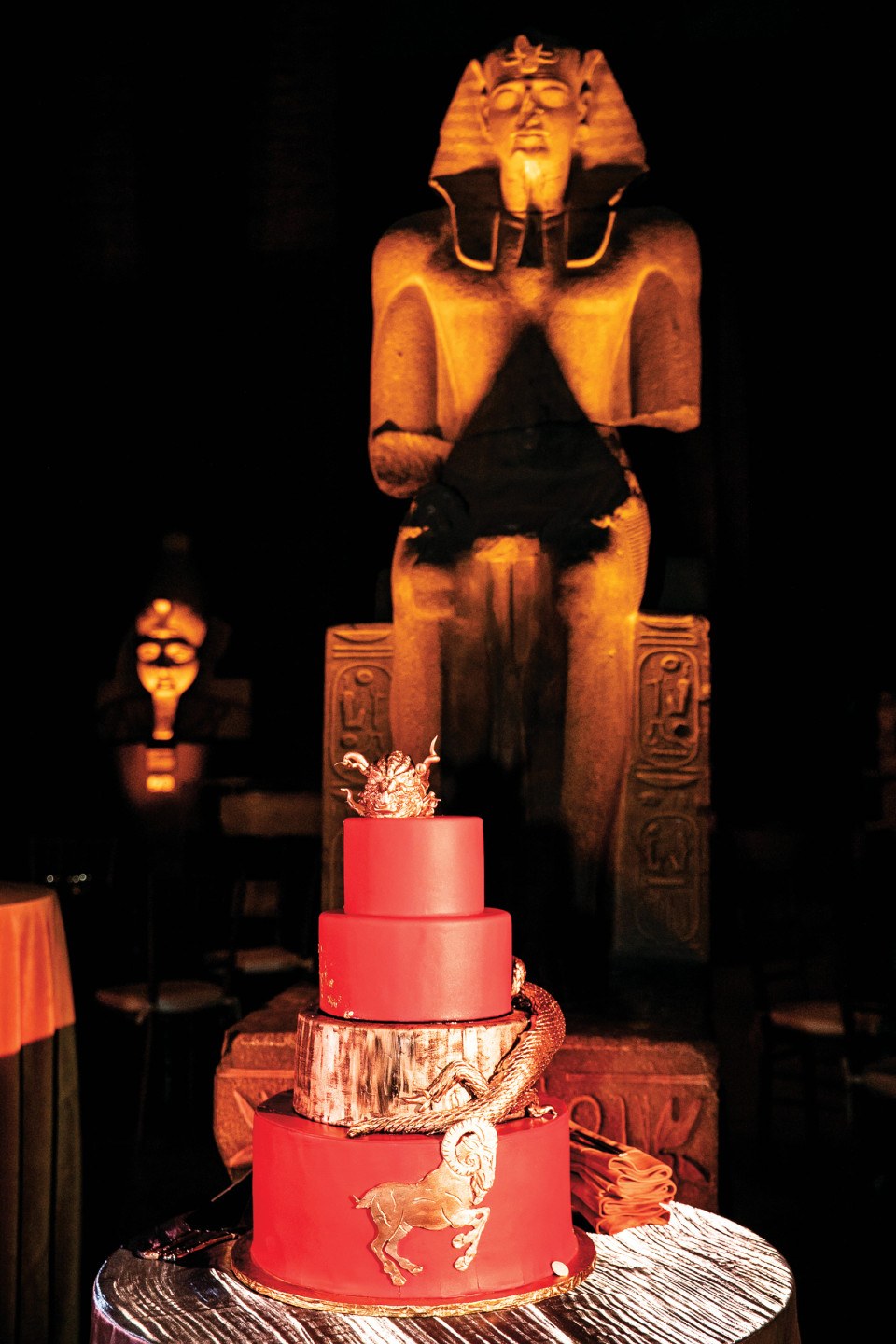 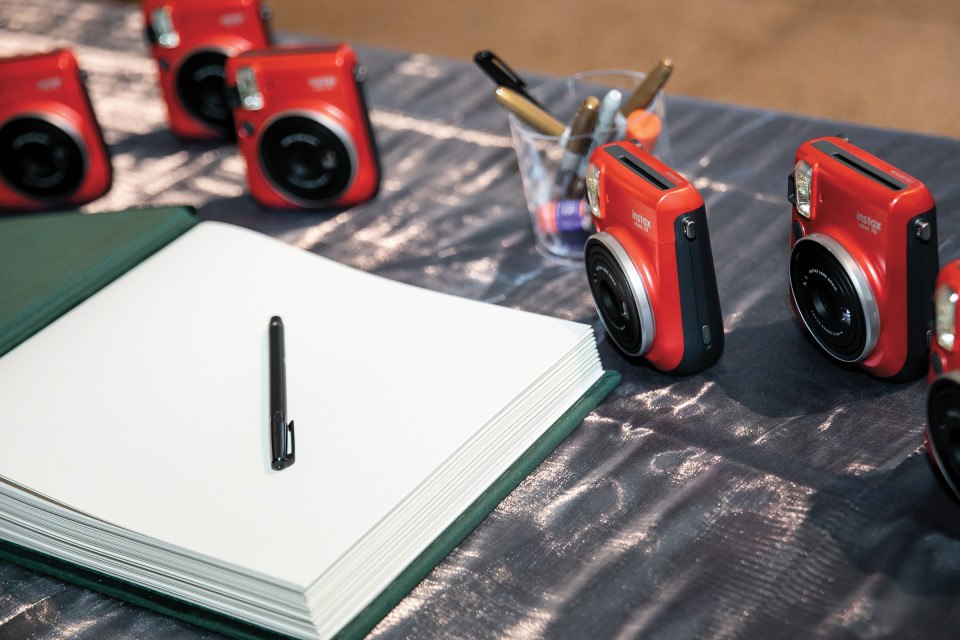 Because many of Edward’s out-of-town family couldn’t make it to the wedding, Tyler surprised his love with a video of their well-wishes. (Edward’s sister, Alice, had recorded the clips on recent visits to see their relatives and friends.) 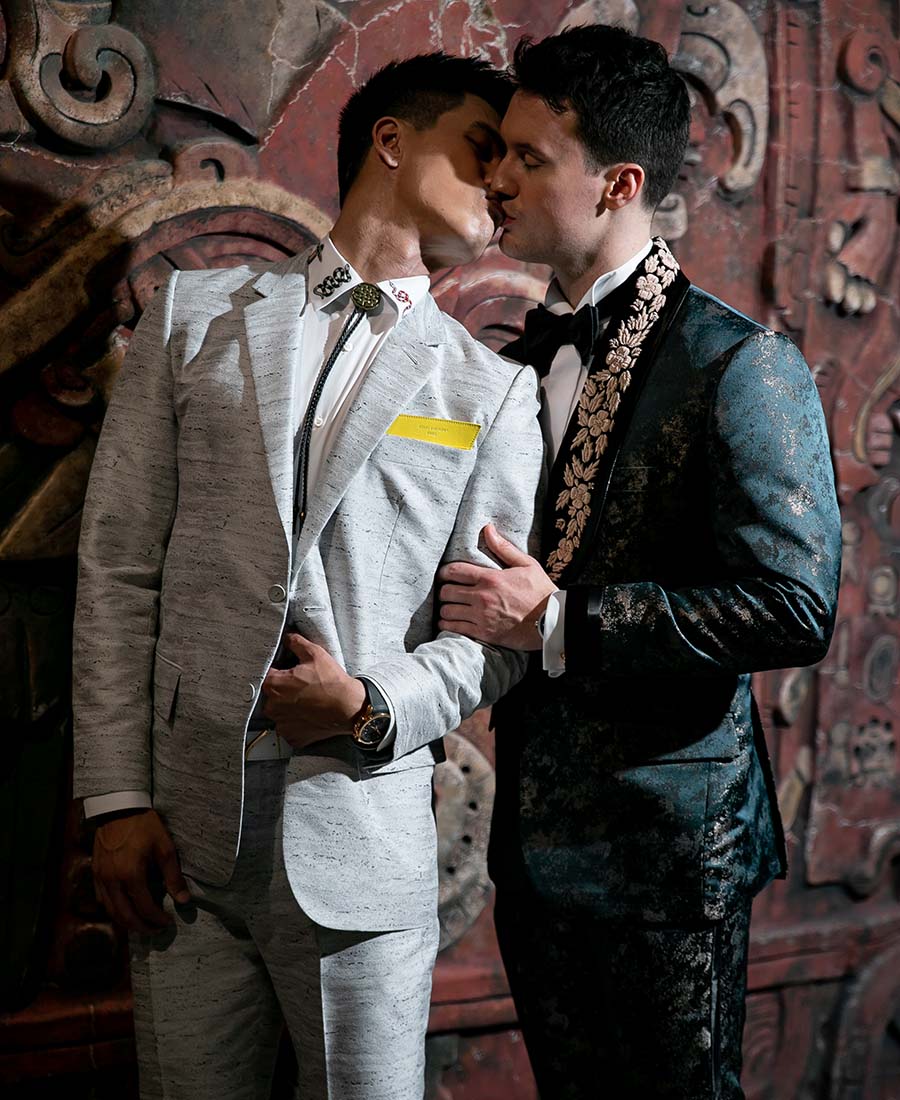 Last but not least, the favors paid homage to both Edward’s background and their relationship. What were they? Pairs of chopsticks — wrapped in lavender dryer sheets.

Published as “Edward & Tyler” in the Winter/Spring 2023 issue of Philadelphia Wedding.