The DJ announced game play-by-plays, rally towels were waved, and the guests sang — what else? — "Dancing on My Own." 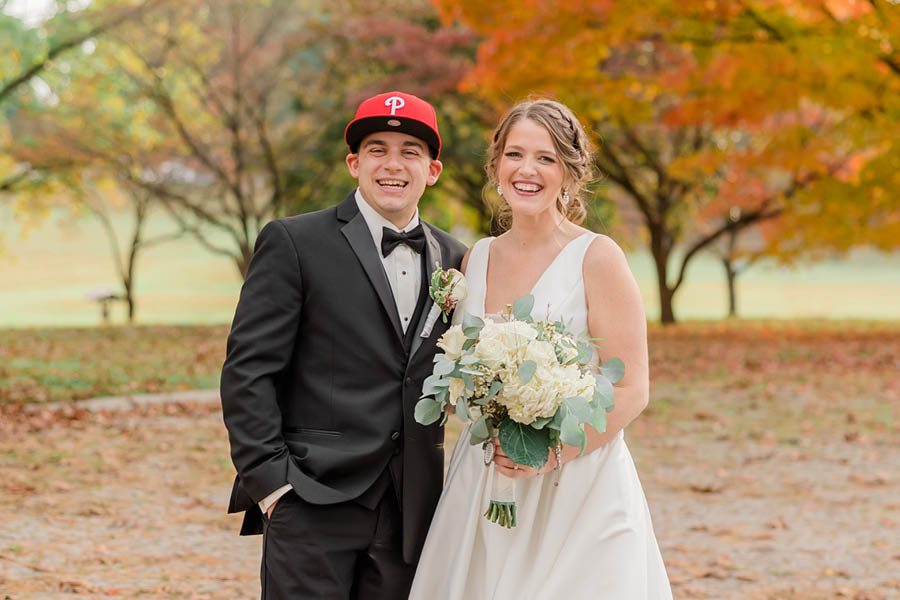 Happy Halloween—and, perhaps more importantly this year, happy game three for the Phillies! By now you’ve probably read all of Philly Mag’s coverage of the World Series, so we thought we’d treat you to a Phillies-themed wedding in honor of it all. Not only was the reception at The Desmond filled with team spirit, but so was the entire Big Day. Always Avery Photography snapped all the fun below. 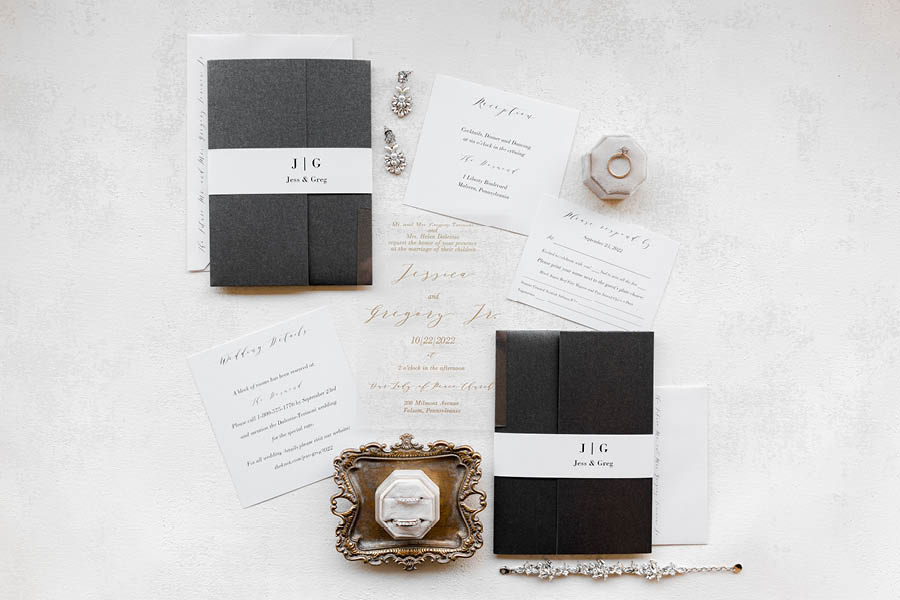 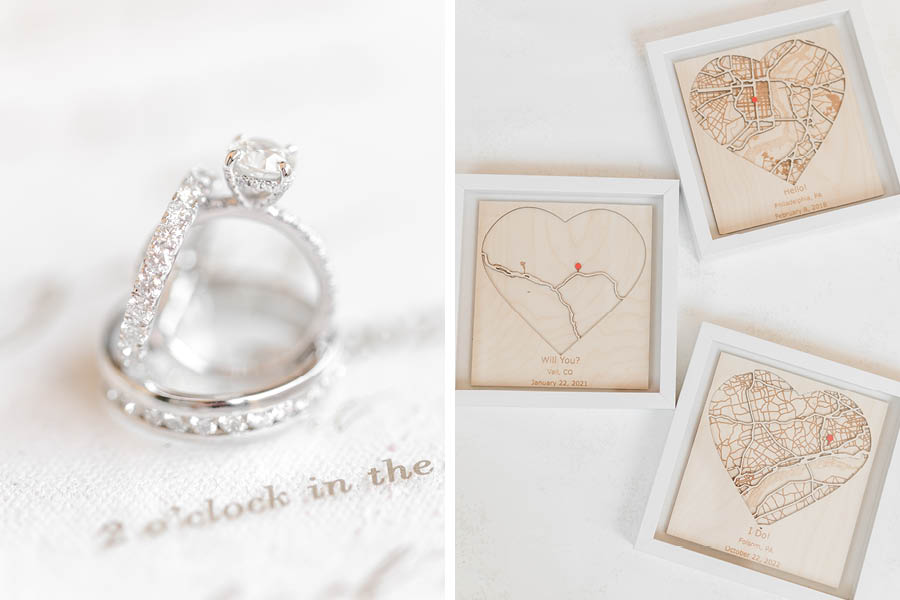 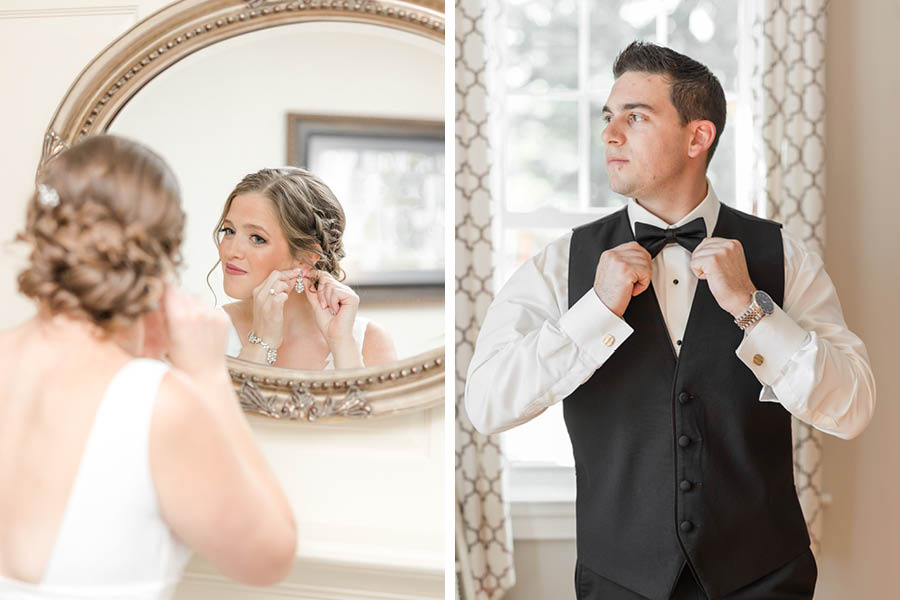 Jessica Dalessio says her groom-to-be Gregory Terinoni Jr., a Delco-born electrician, had been telling her since April that the Phillies were going to the World Series this year. “I heard a million jokes about Red October and everyone wanting to wear red suits to the wedding,” says the bride, a special education compliance manager who grew up in Ridley Township. Greg’s parents even went through their wedding album — circa October 1993, when the Phillies went to the World Series that year — to show them photos of all of their groomsmen wearing Phillies hats, and his mother posing with the caps lining her dress.

Joking aside, Greg’s wishes were shaping up to come true by October 22, 2022, the day he and Jessica said “I do,” and when the Phillies beat the Padres to clinch a spot in the World Series. 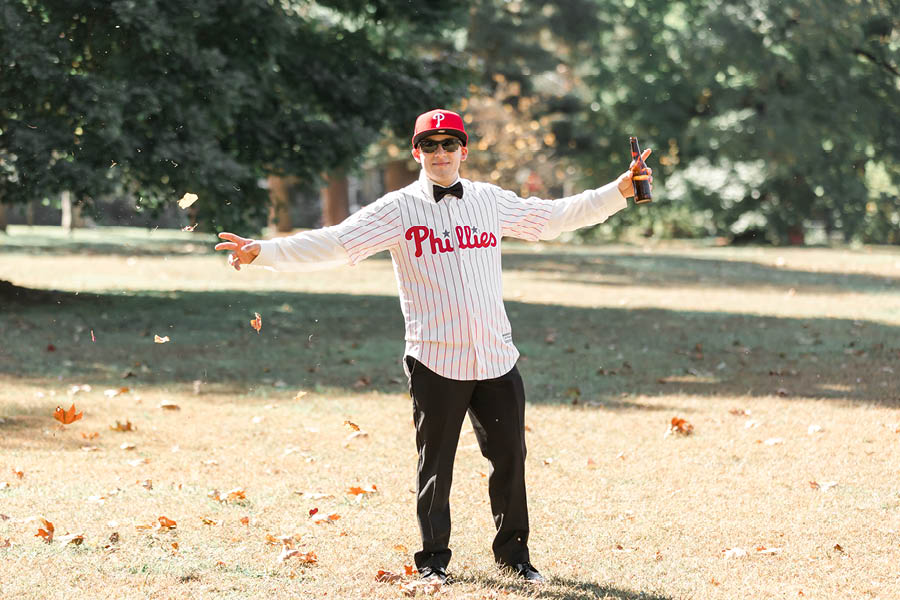 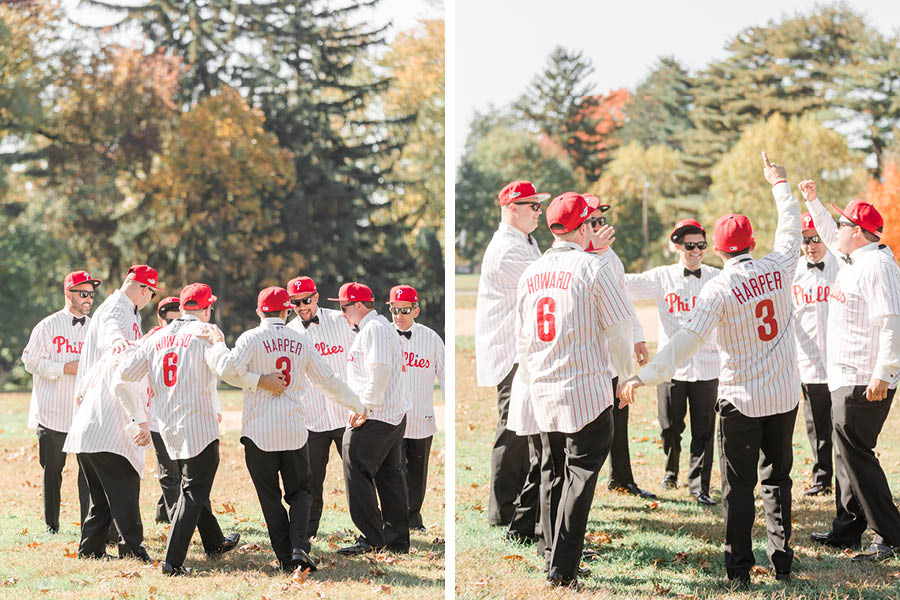 Philly sports have been a part of the Ridley Park pair’s relationship practically from the start. They met shortly before New Year’s Eve 2017 through mutual friends — Greg’s cousin and his wife, whom Jessica had known since preschool — and continued to cross paths over the next month. Then came the Eagles’ Super Bowl parade in 2018, when Greg and his friends met up with Jessica and her group. “He had a huge cutout of Nick Foles and was the center of attention,” she recalls. The two ended up spending time together following the festivities. Shortly after that, they went on their first date to Tequilas, then had another get-together at a Flyers game. They were official within the next two weeks.

They dated for just under two years before Greg popped the question during his family’s annual ski trip in Colorado — a Flyers flag bearing his last name was part of the surprise — and a year and 10 months after that, they got hitched at Our Lady of Peace Parish in Milmont Park, with a reception at The Desmond in Malvern. 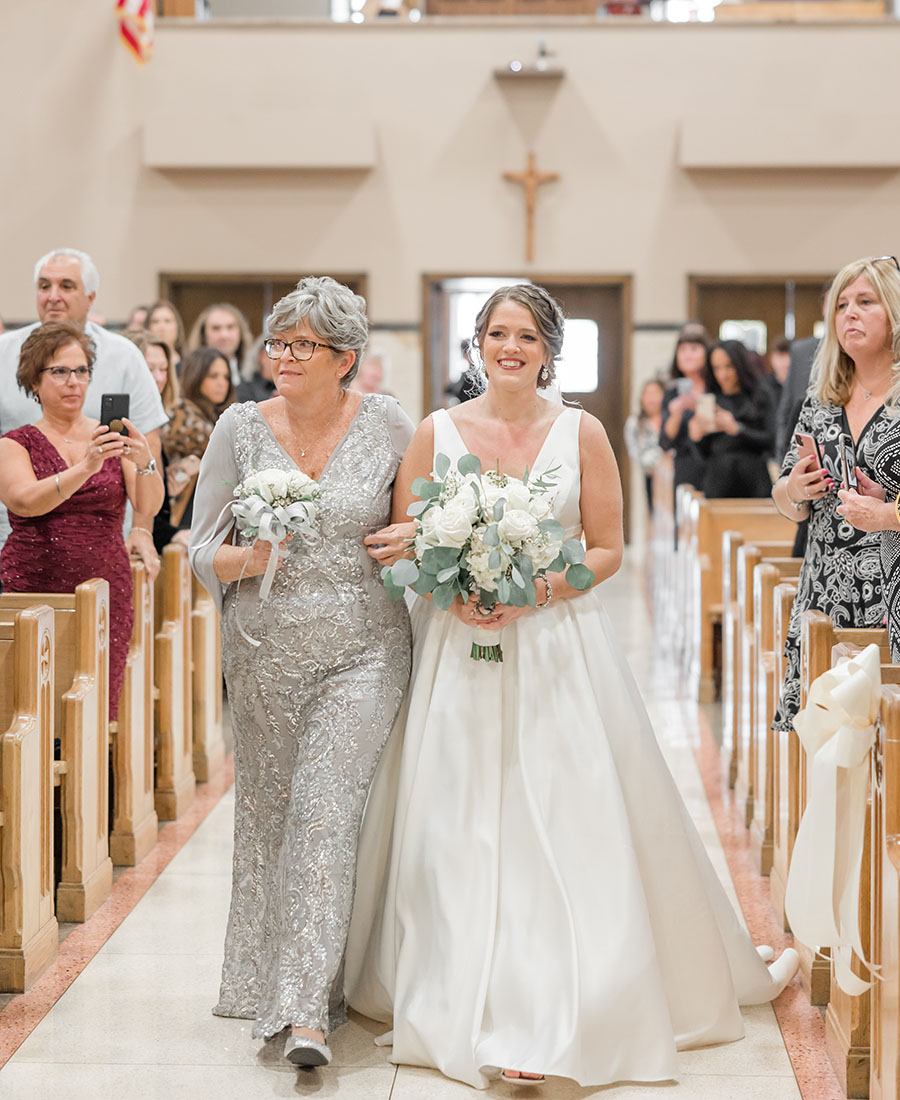 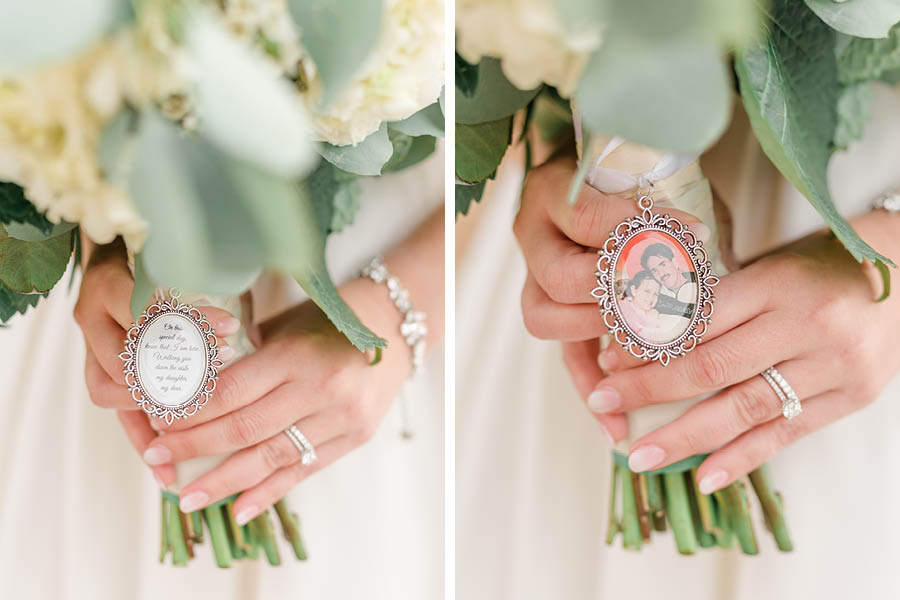 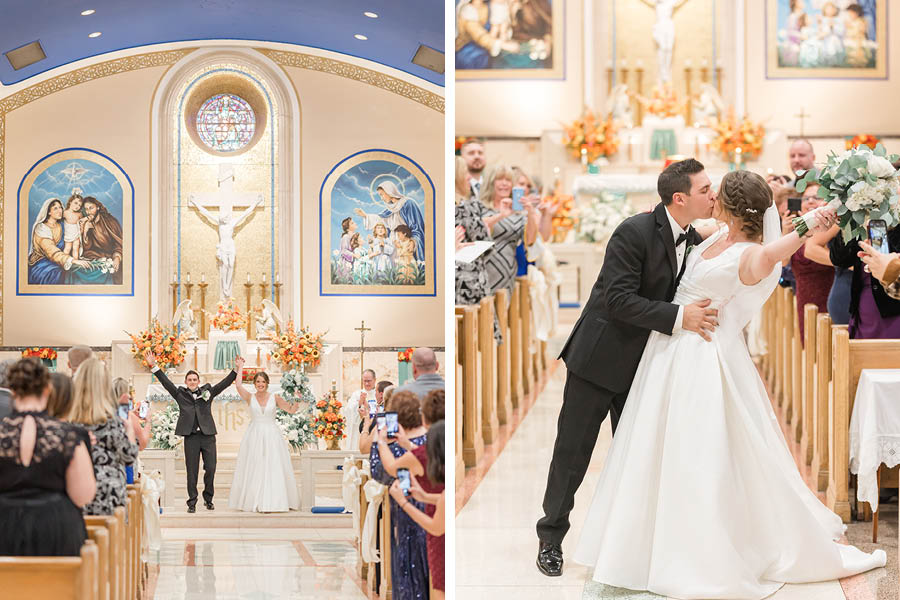 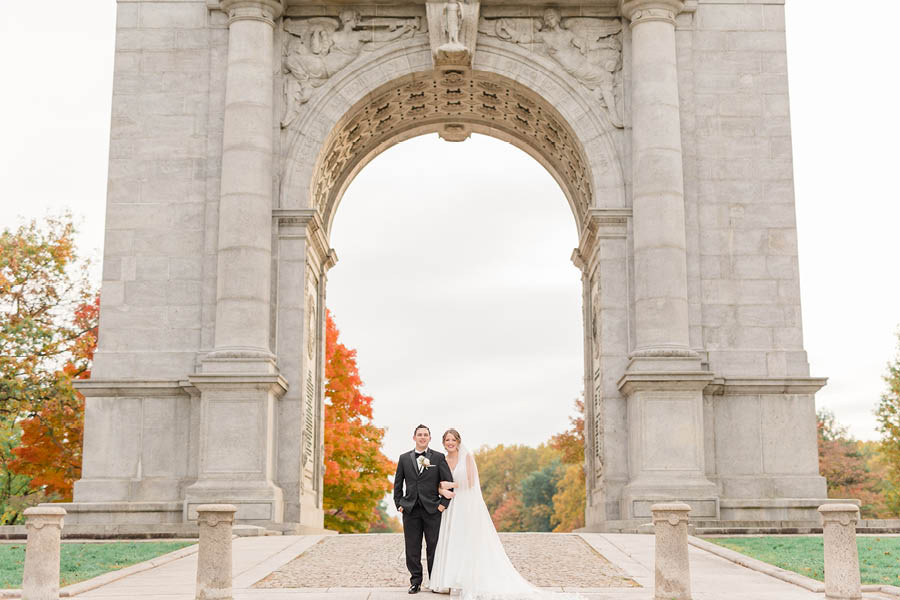 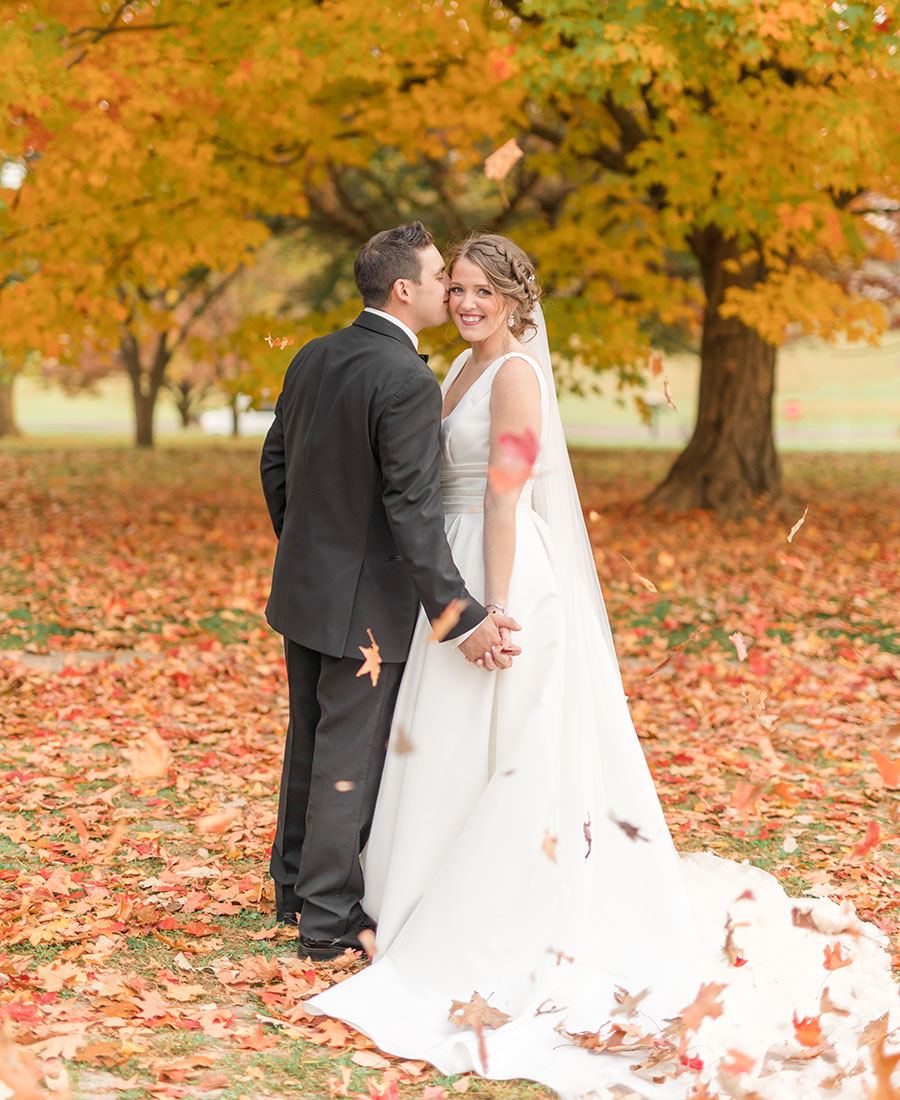 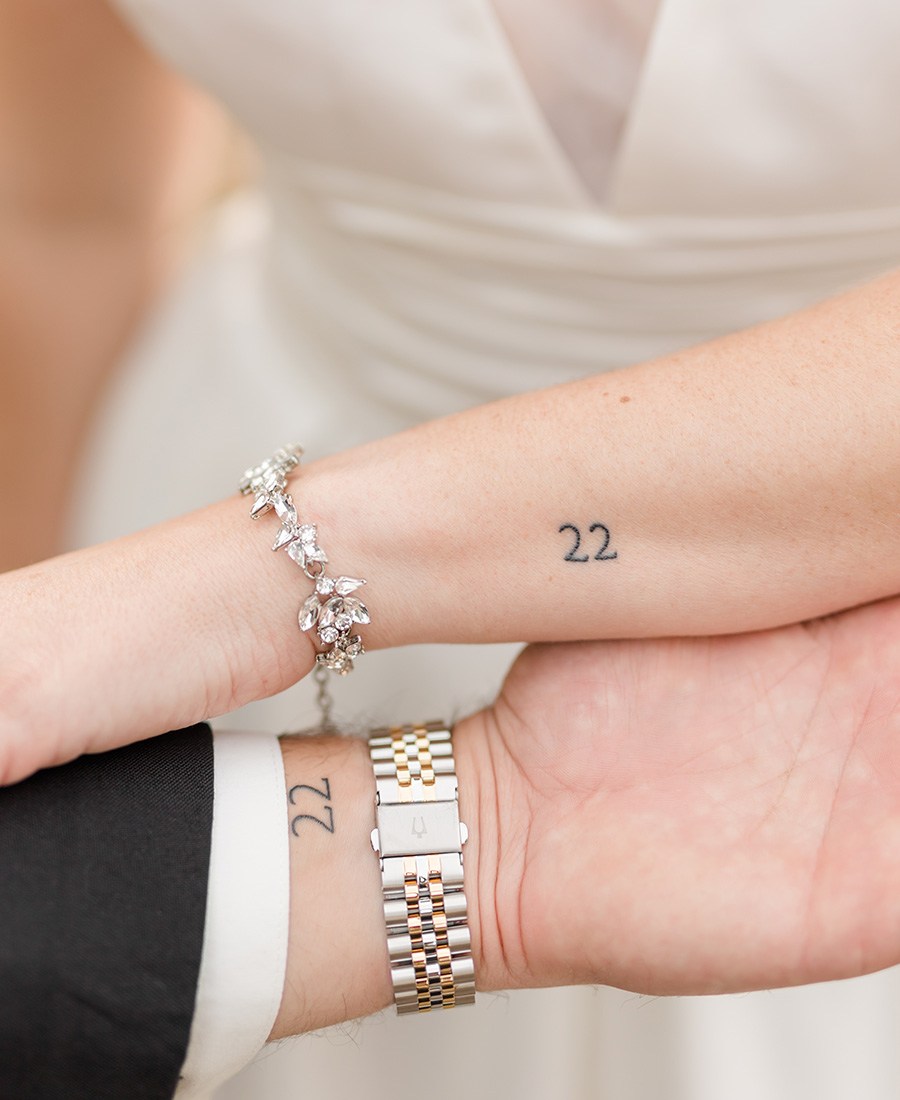 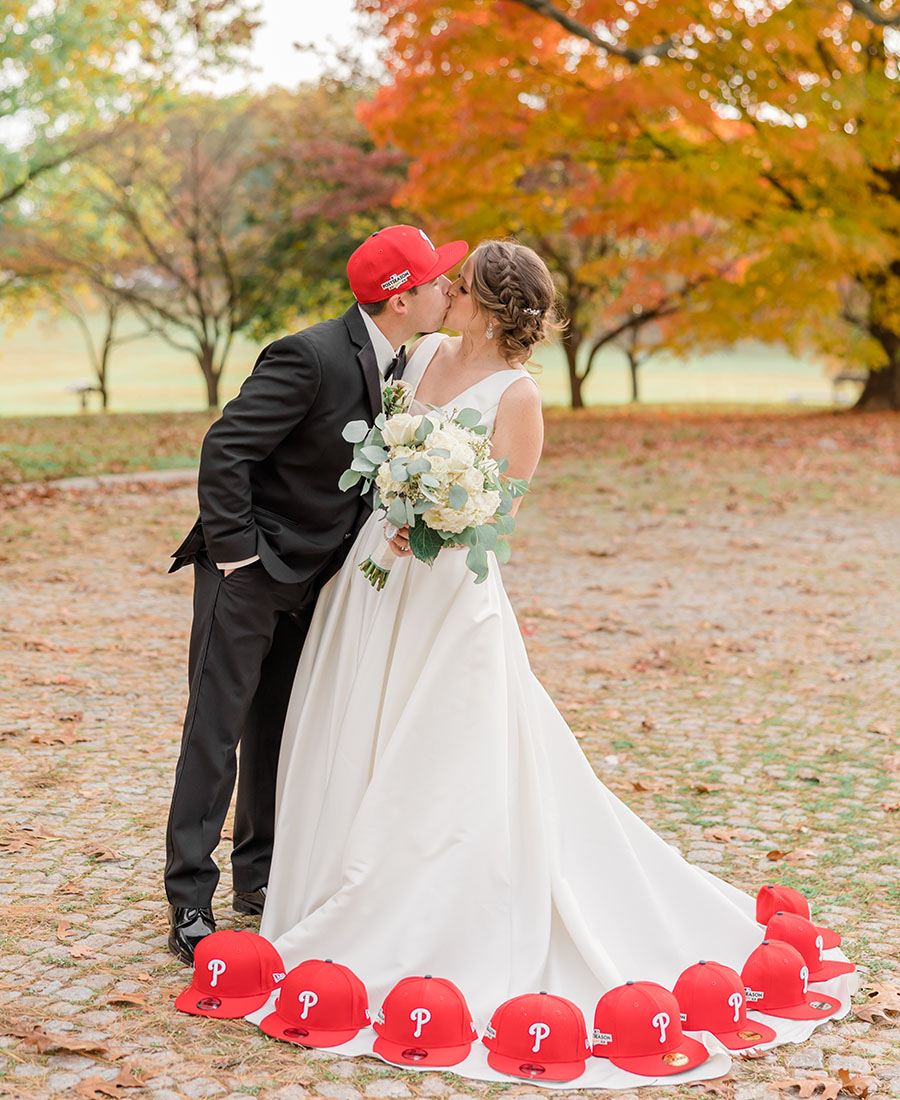 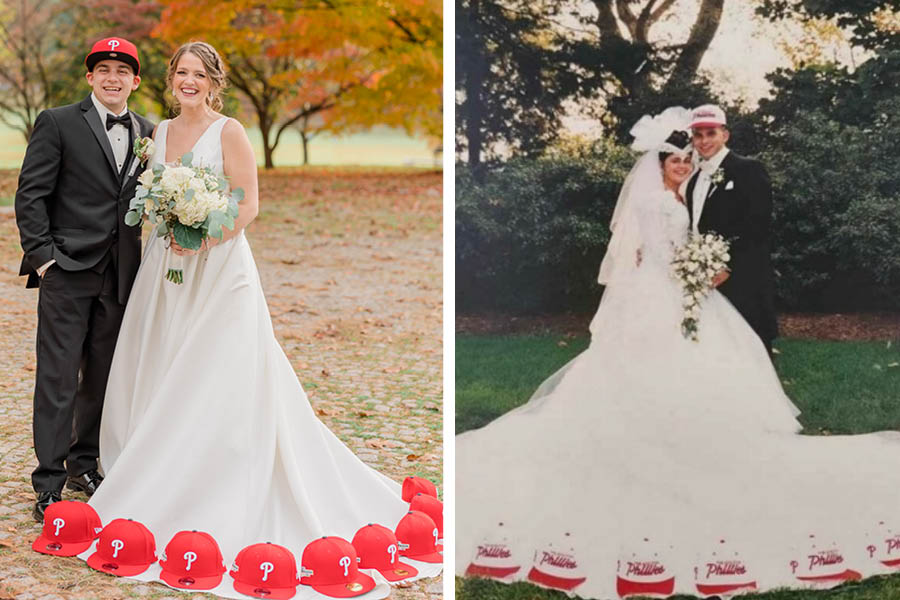 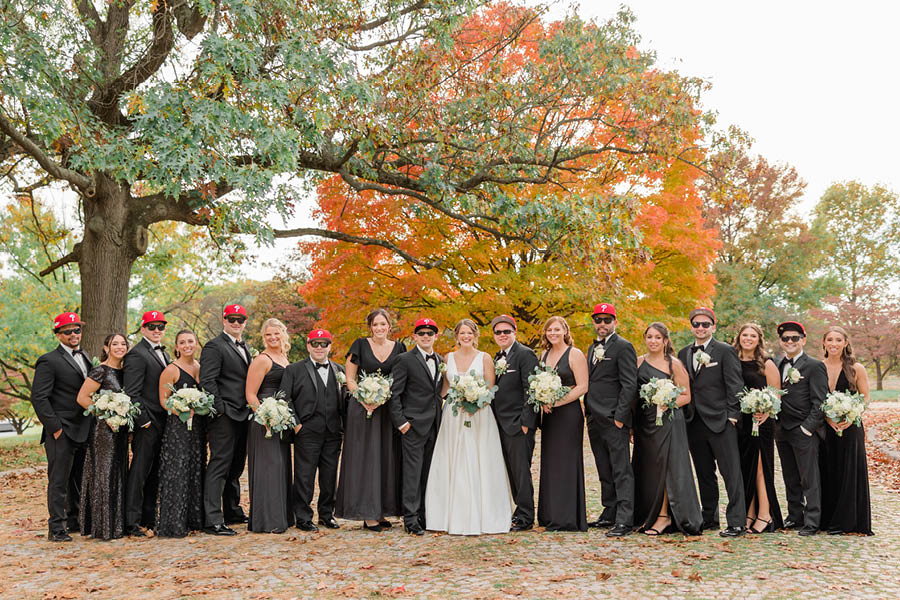 The wedding was filled with nods to their life together — they chose their date because of the number’s significance to their relationship; they even have matching 22 tattoos — and “a whole lot of Phillies,” natch.

Greg and his groomsmen spent the morning of the Big Day playing ball in their pinstripe Phillies jerseys instead of their tuxes, while Jessica and her attendants got ready with “Dancing on My Own” playing on repeat. For their newlywed portraits, the couple re-created the same photo his parents had snapped years earlier, thanks to best man Anthony Conkey — who purchased hats for the bridal party as soon as the Phillies beat the Braves. Also during the photo session, a ladybug landed on both the bride and groom, a sign of good luck they took both for their life together and the Phillies’ success. 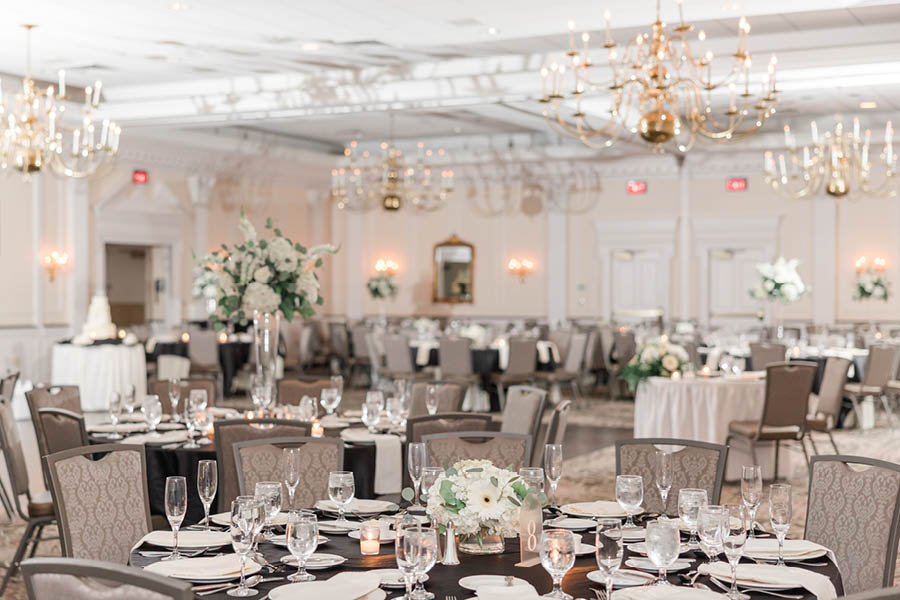 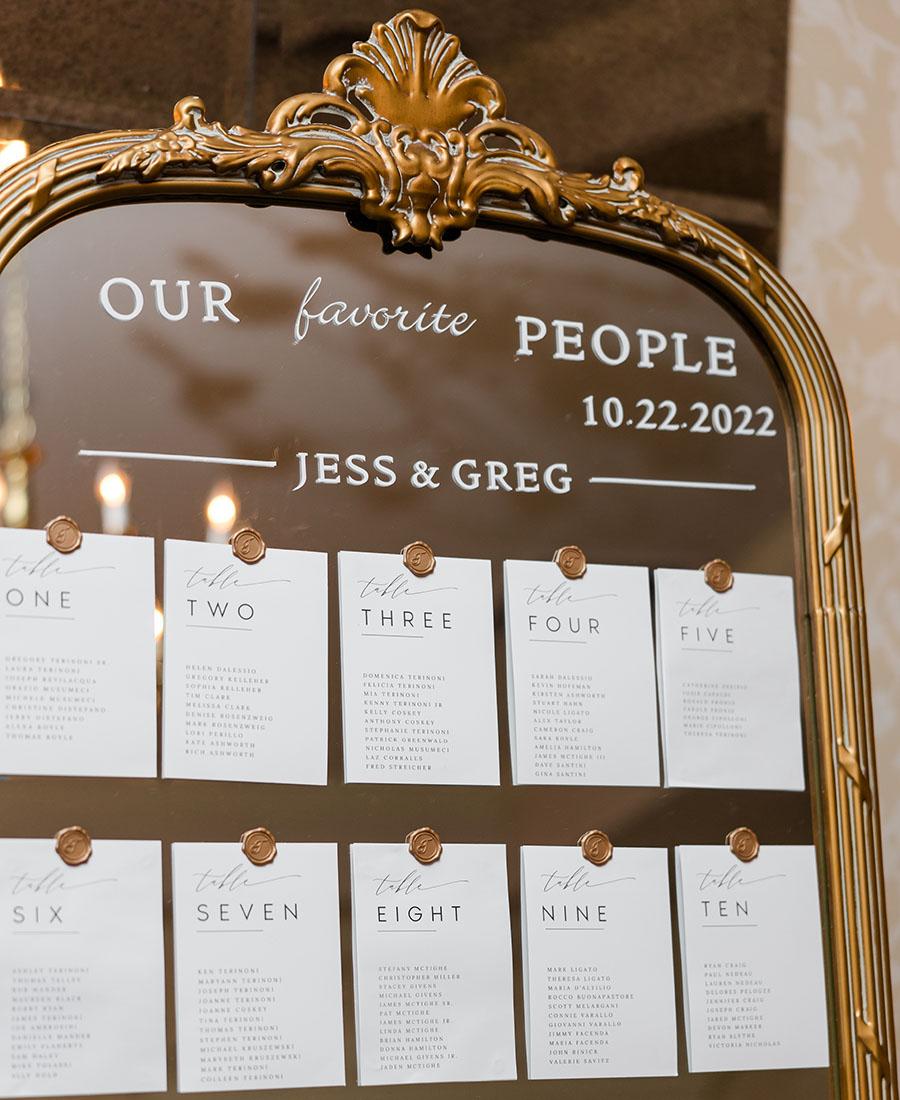 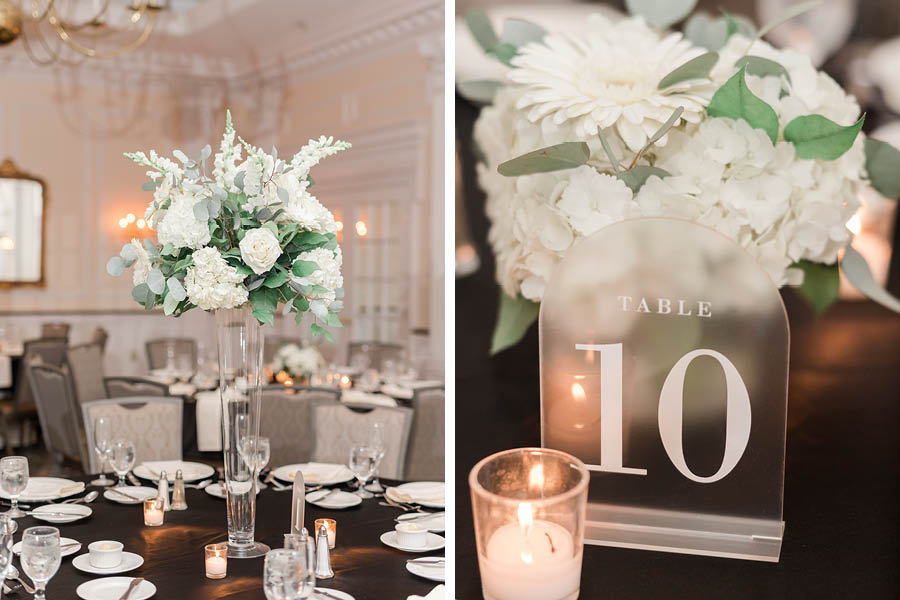 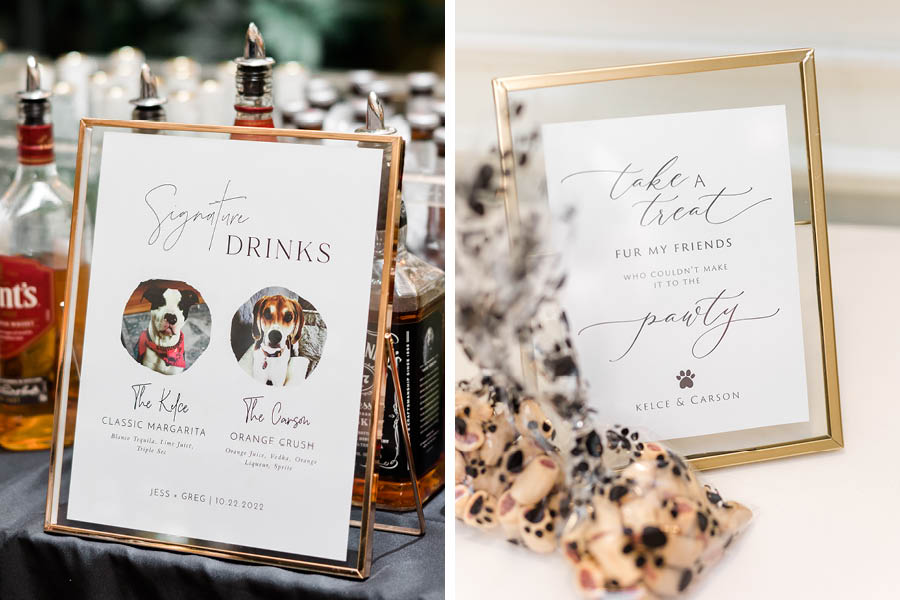 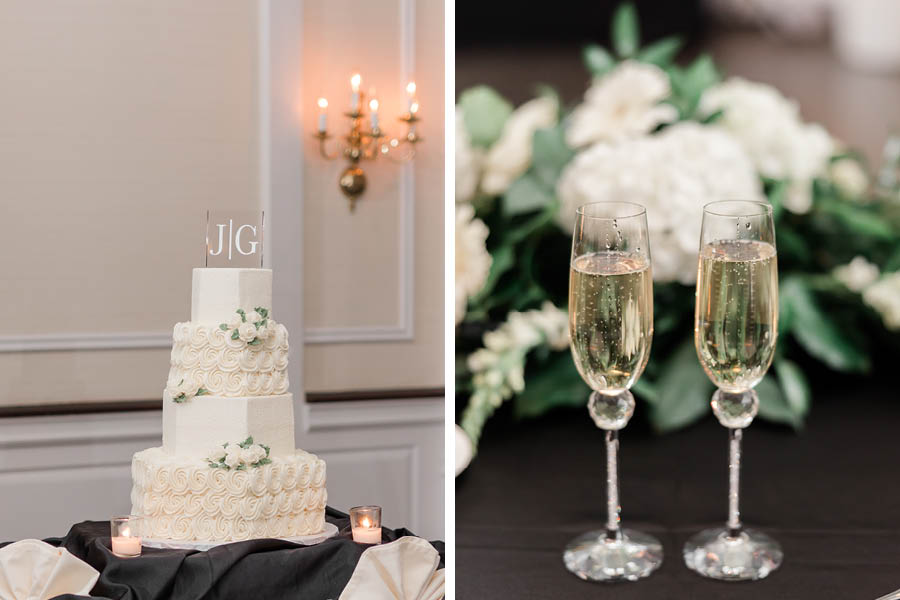 For the reception, members of the bridal party donned Phillies chains, while Jessica and Greg entered waving “Fightin’ Phils” 2008 World Series rally towels — and some of the 188 guests had even changed into team gear.

There were sentimental moments too, like when Greg surprised Jessica, her sister and her mother with a song dedicated to the bride’s late father — “There’s a Great Big Beautiful Tomorrow,” by Rex Allen, from the Carousel of Progress at Walt Disney World. They all laughed and cried while dancing together in his memory. 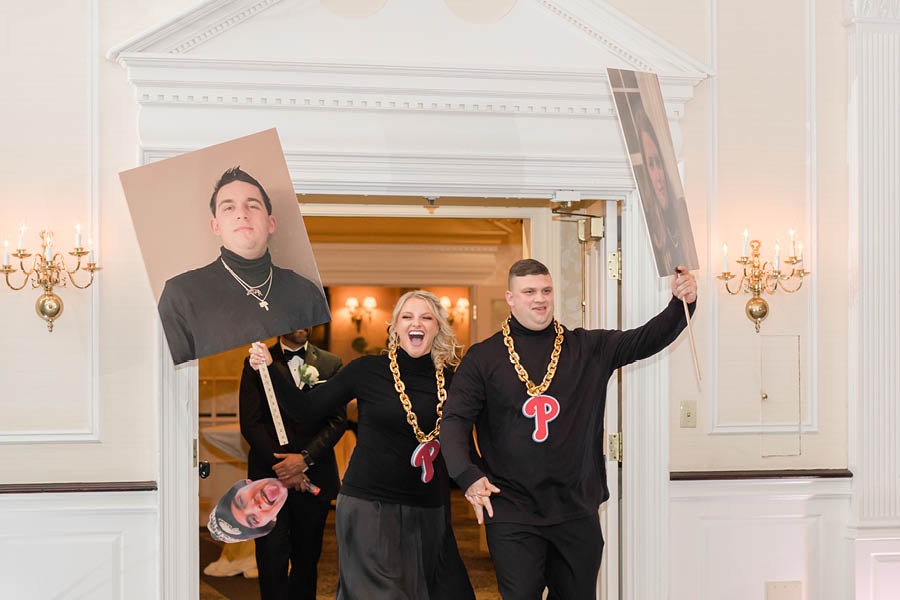 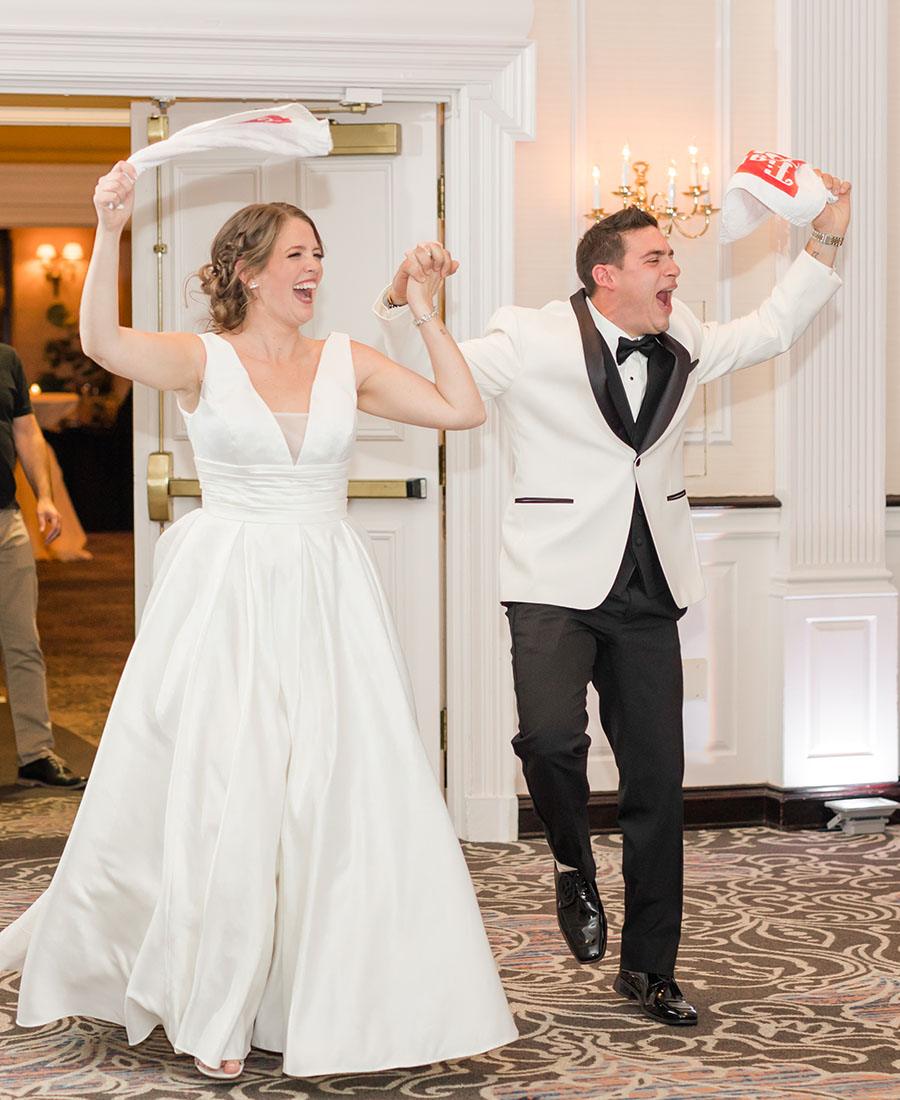 Jessica and Greg, meanwhile, danced to “Can’t Take My Eyes off You,” by Frankie Valli.

But then it was back to the Phillies: The DJ announced game play-by-plays throughout the evening, and every run was followed by the crowd sing-chanting the Phillies’ unofficial anthem and waving glow sticks. 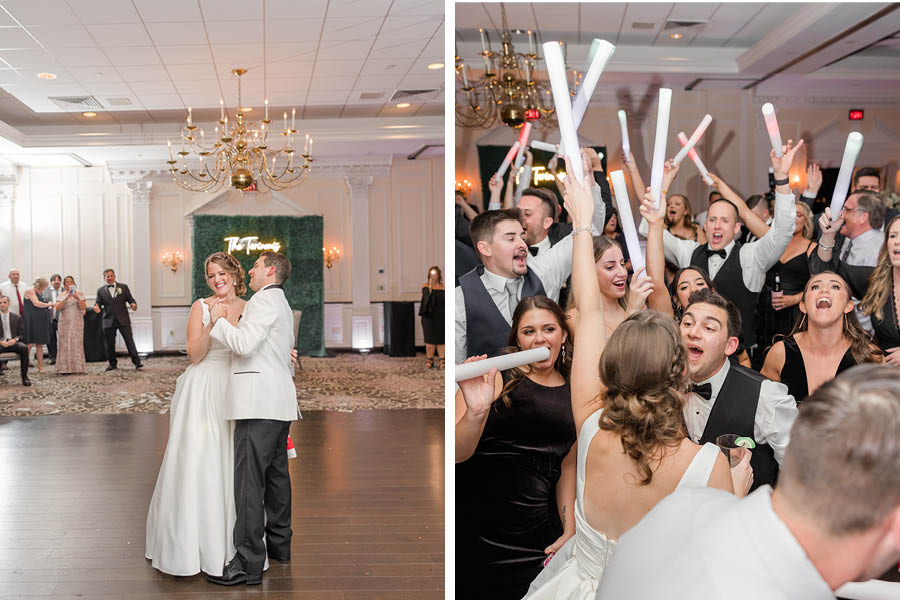 “Greg and I have been on a high since the wedding,” finishes Jessica. “It was the best day of our lives, and the next day, the Phillies were on their way to the World Series!”