“There were people everywhere, and many said they loved my hanbok. It was truly special.” 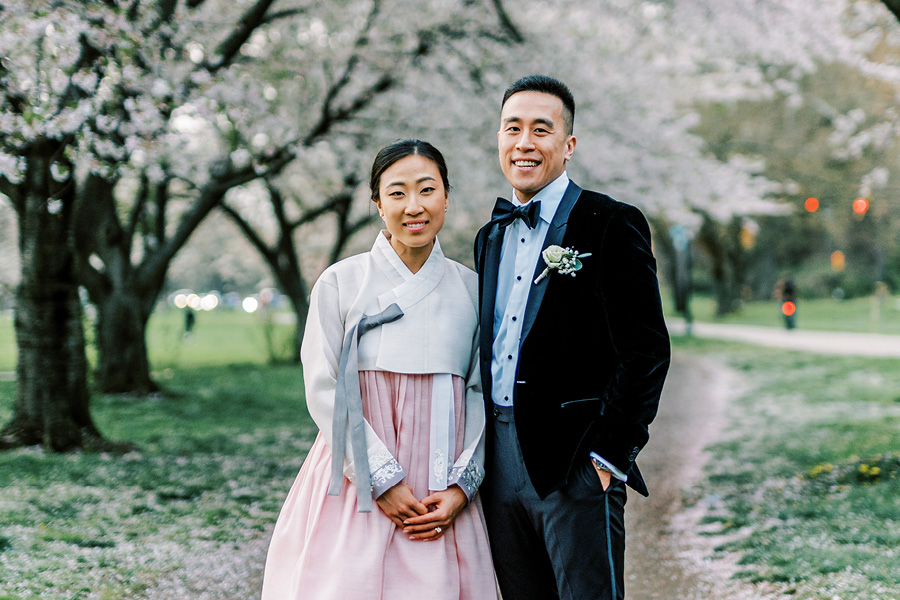 Cherry-blossom season is upon us, which means gorgeous engagement photos, proposals and other wedding festivities among the blooms. This couple took advantage of the natural beauty by commemorating the one-year anniversary of their COVID elopement with a Kelly Drive photo shoot with Matt Genders Photo. Take a look at the sweet, special moments below. 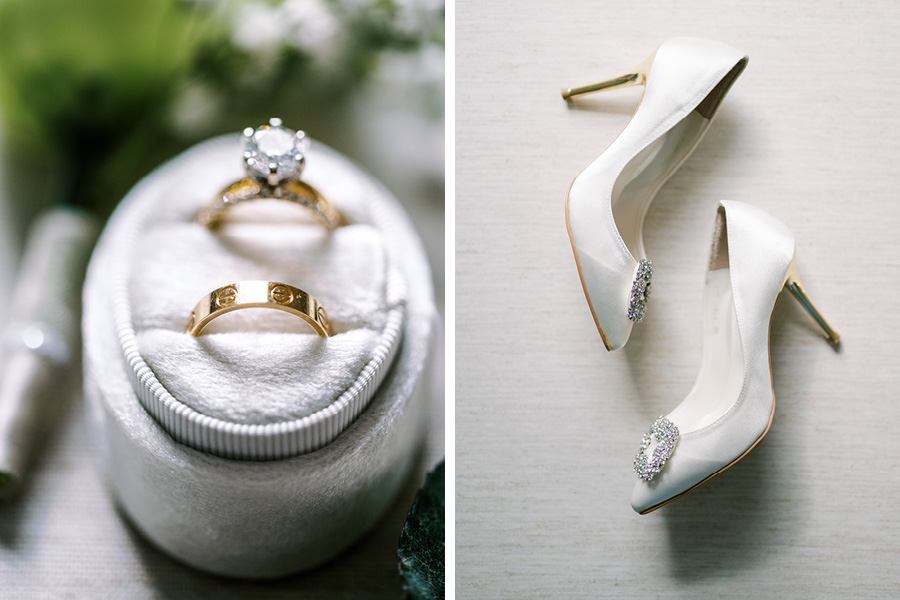 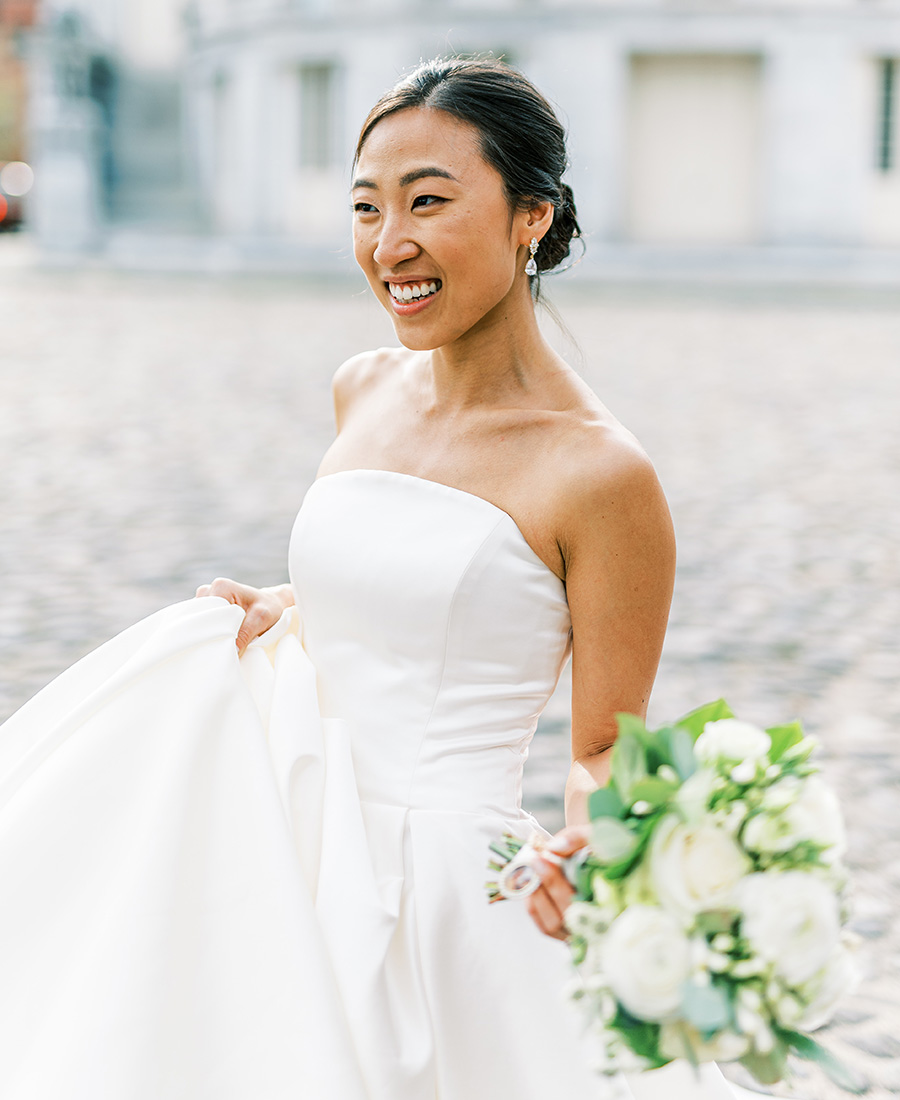 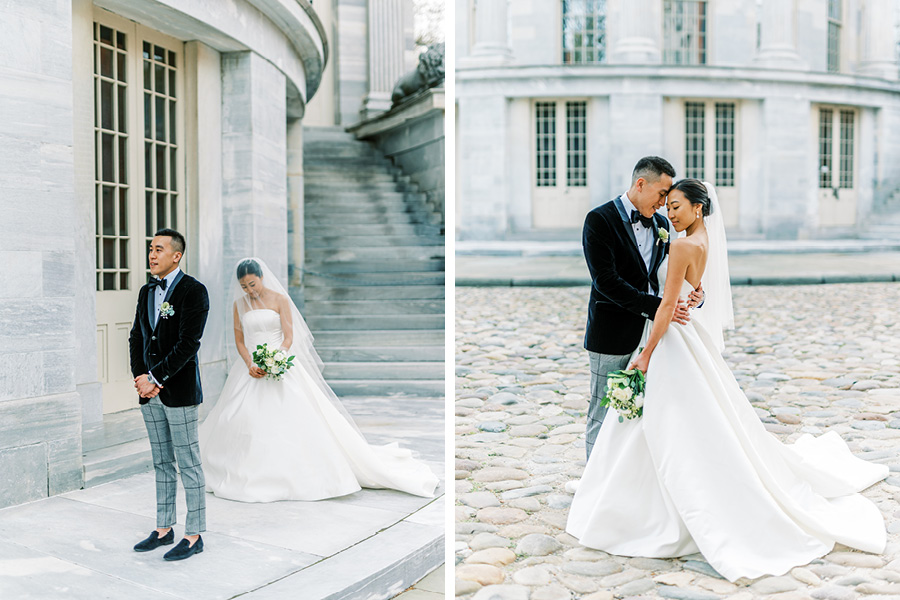 A one-year-anniversary photo shoot wasn’t something Point Breeze pair Grace Hwang and George Chau had given much thought to — until the pandemic forced them to change their plans.

Their hopes for a 175-person wedding at the Cira Centre on March 28, 2020, were dashed when the city shut down events, so they eloped on their original date at the West Philly church where they met. “We wanted to celebrate, not to sacrifice,” says Grace. 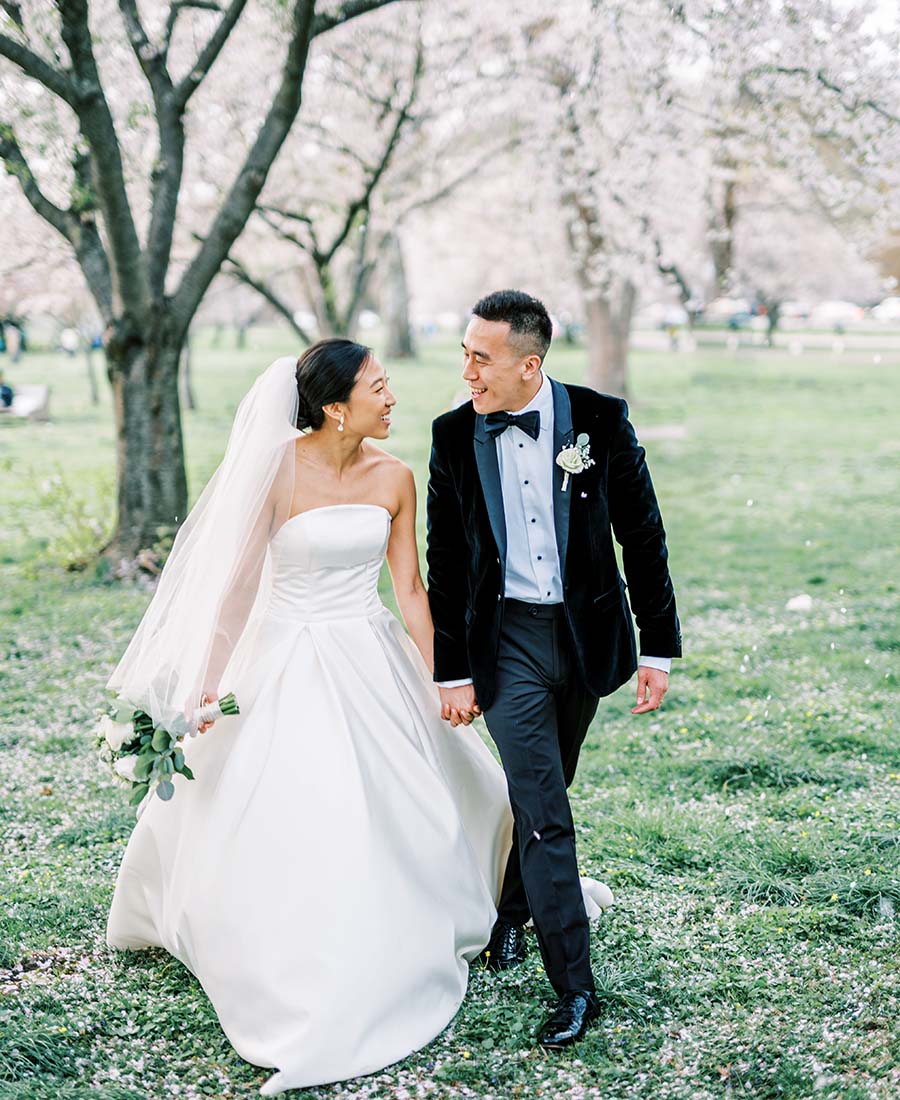 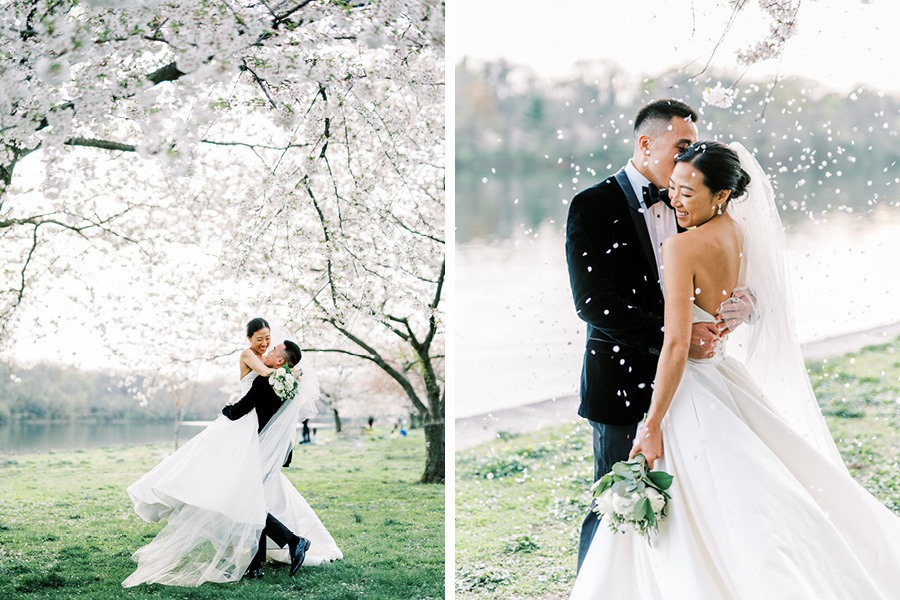 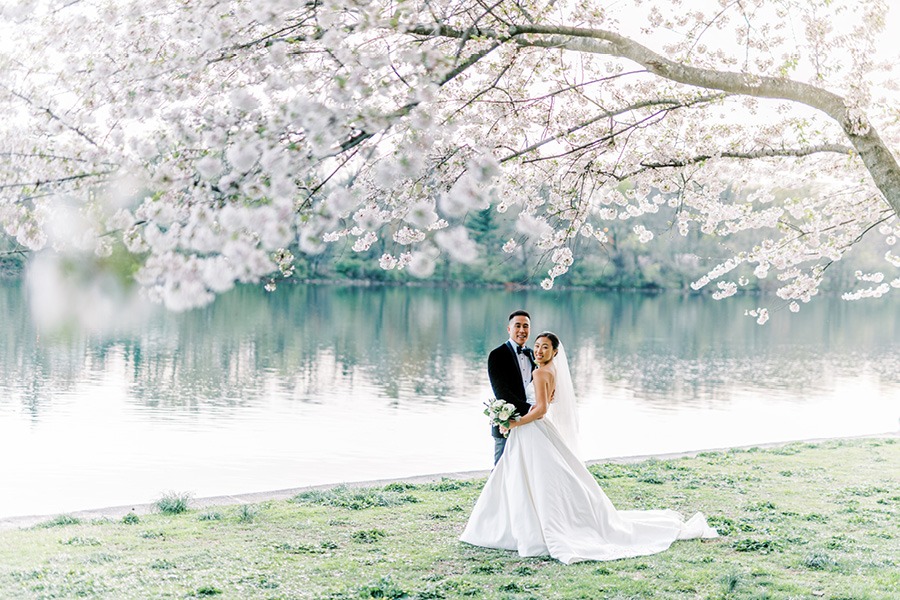 One element they did miss? George, a physical therapist, and Grace, a fetal researcher at CHOP, never took formal portraits. So, on April 10, 2021, they commemorated their first year of marriage with photos on Kelly Drive and other Philly landmarks during cherry-blossom season. 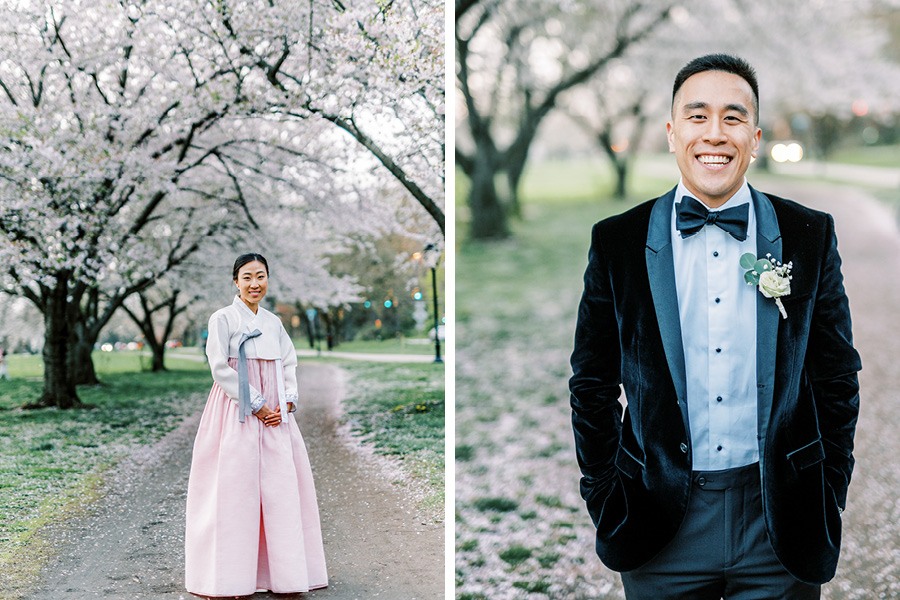 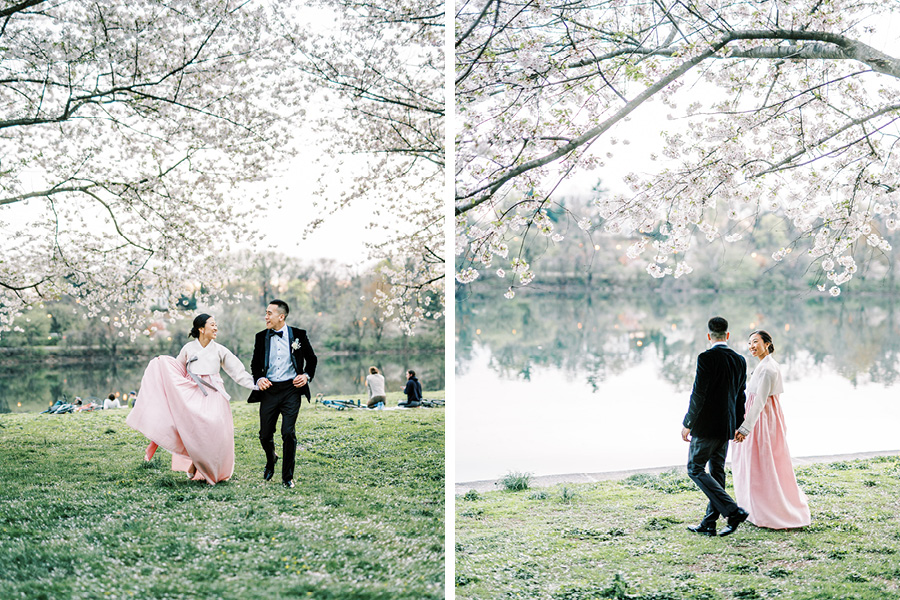 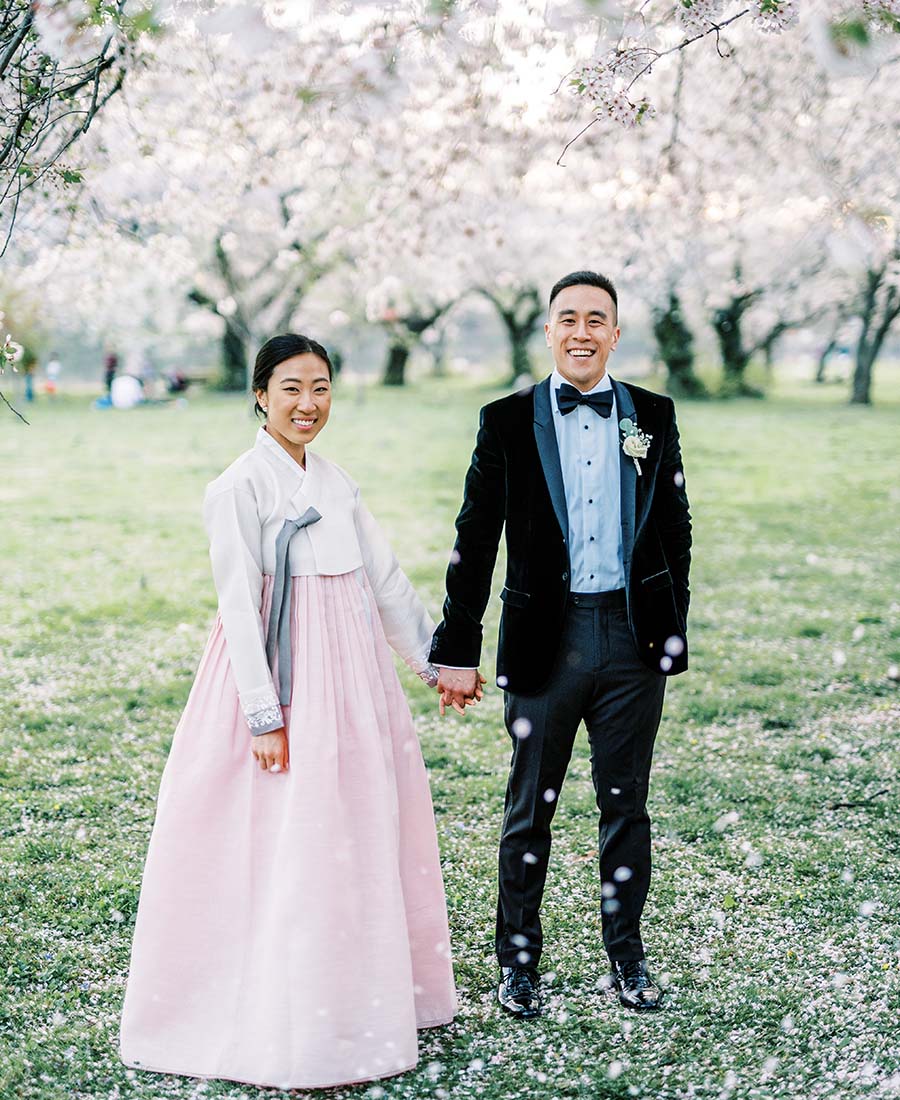 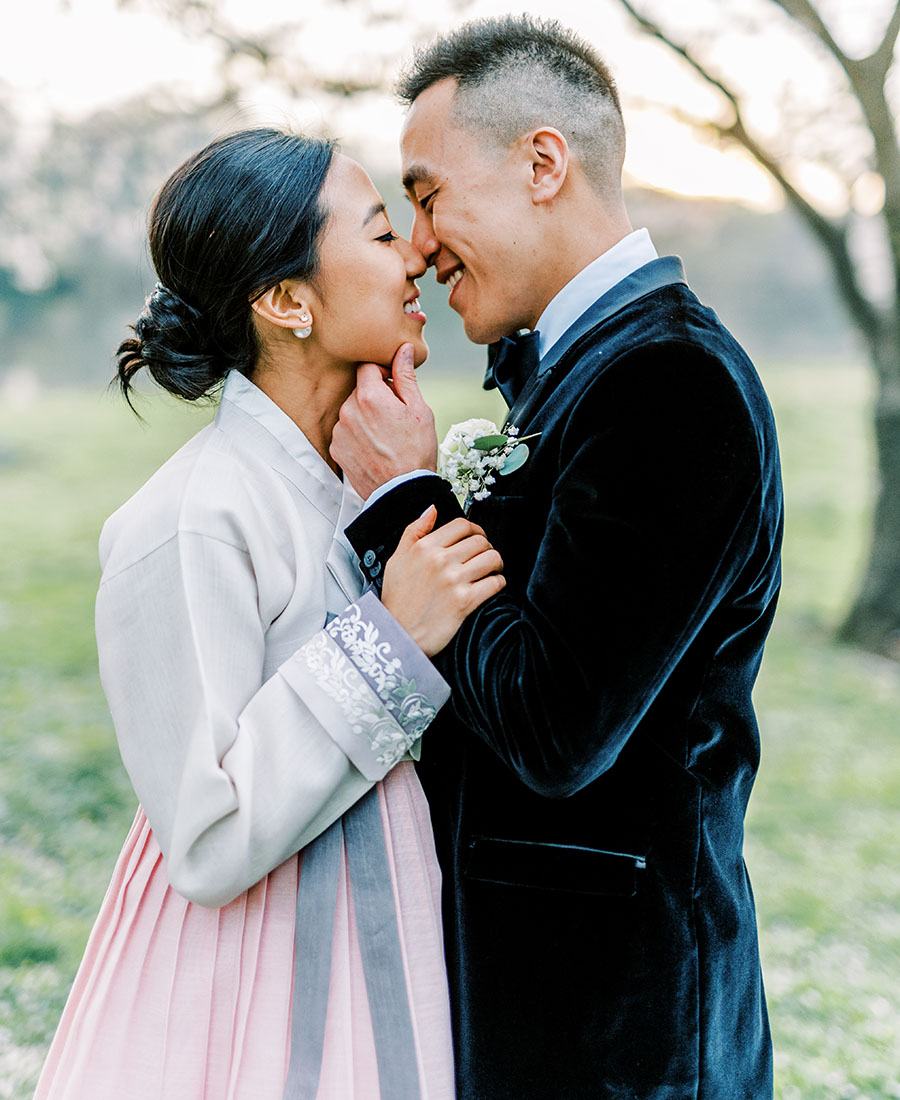 But shortly beforehand, in response to the rise in anti-Asian hate crimes, Grace decided to wear a traditional Korean hanbok as well: “I wanted to make a statement that I’m proud to be a Korean American.” She rented a hanbok and turned the outfit inside out so its pastel hues would complement the backdrop. 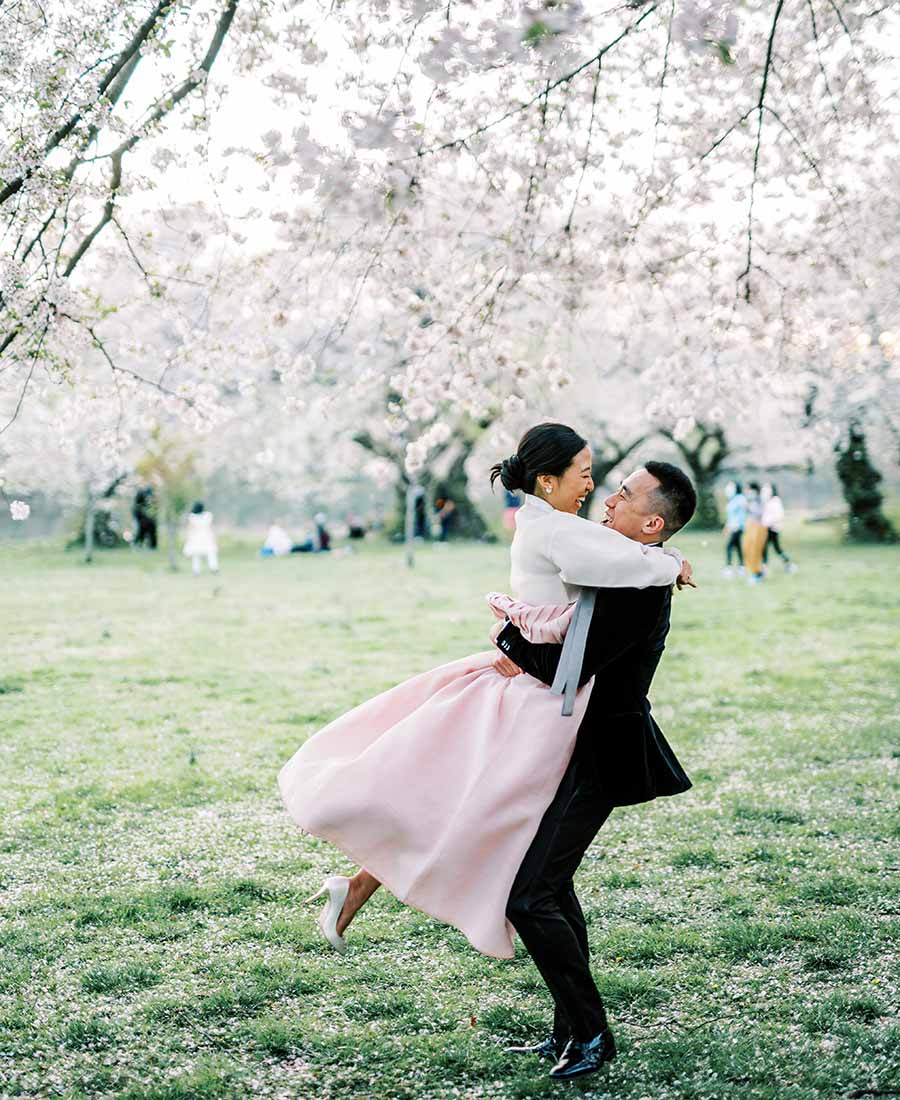 “It was a beautiful day,” recalls Grace. “There were people everywhere, and many said they loved my hanbok. It was truly special.”