Bride Wears Purple Disco Dress to Her Vernick Wedding, Is Cooler Than Everyone You Know

Good food, good fashion ... what more do you need in a wedding? 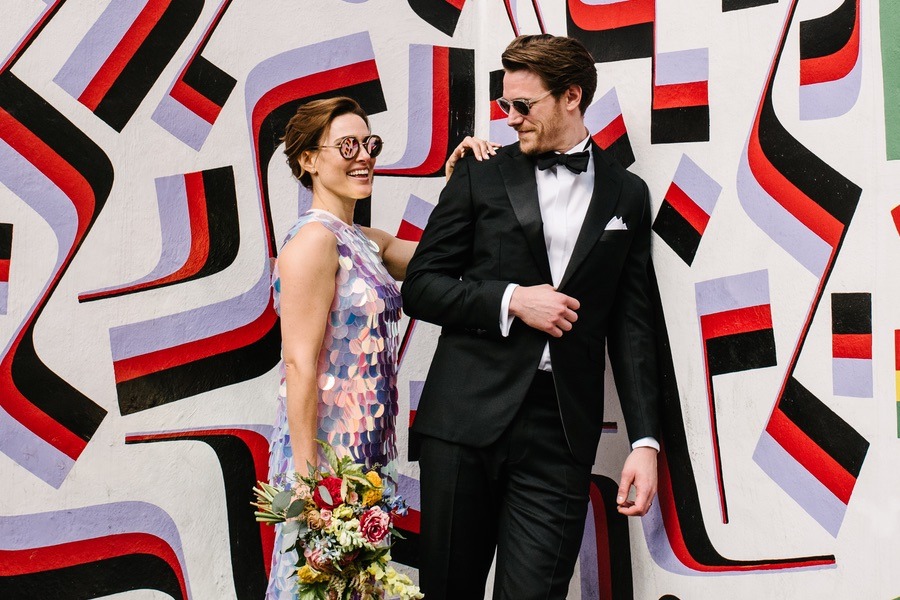 Food is a huge part of any successful party, ergo food is a huge part of any successful wedding. So why not cut to the chase and have your wedding at a restaurant? In one of the smartest moves we’ve seen in a minute, Diana Bonaccorsi and Alex Chinco used their nuptials as an excuse to dine at two of Philly’s finest eateries — Vetri Cucina and Vernick Food & Drink — and we are here for it. They reserved Vetri for their rehearsal dinner, and today we’re sharing all the glorious, high-energy photos from their Vernick wedding by Sarah Alderman of AGP Collective. 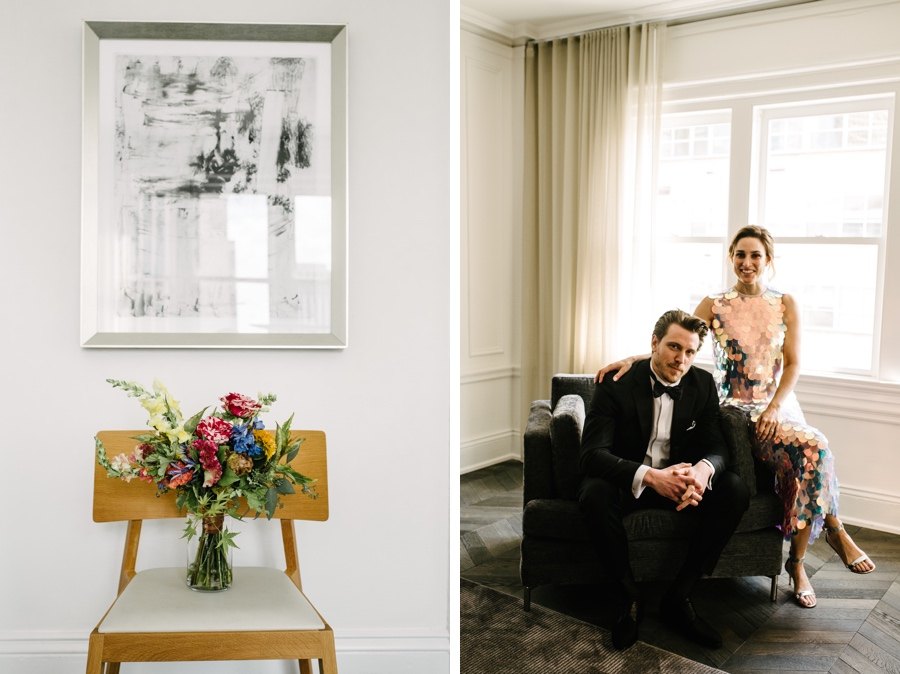 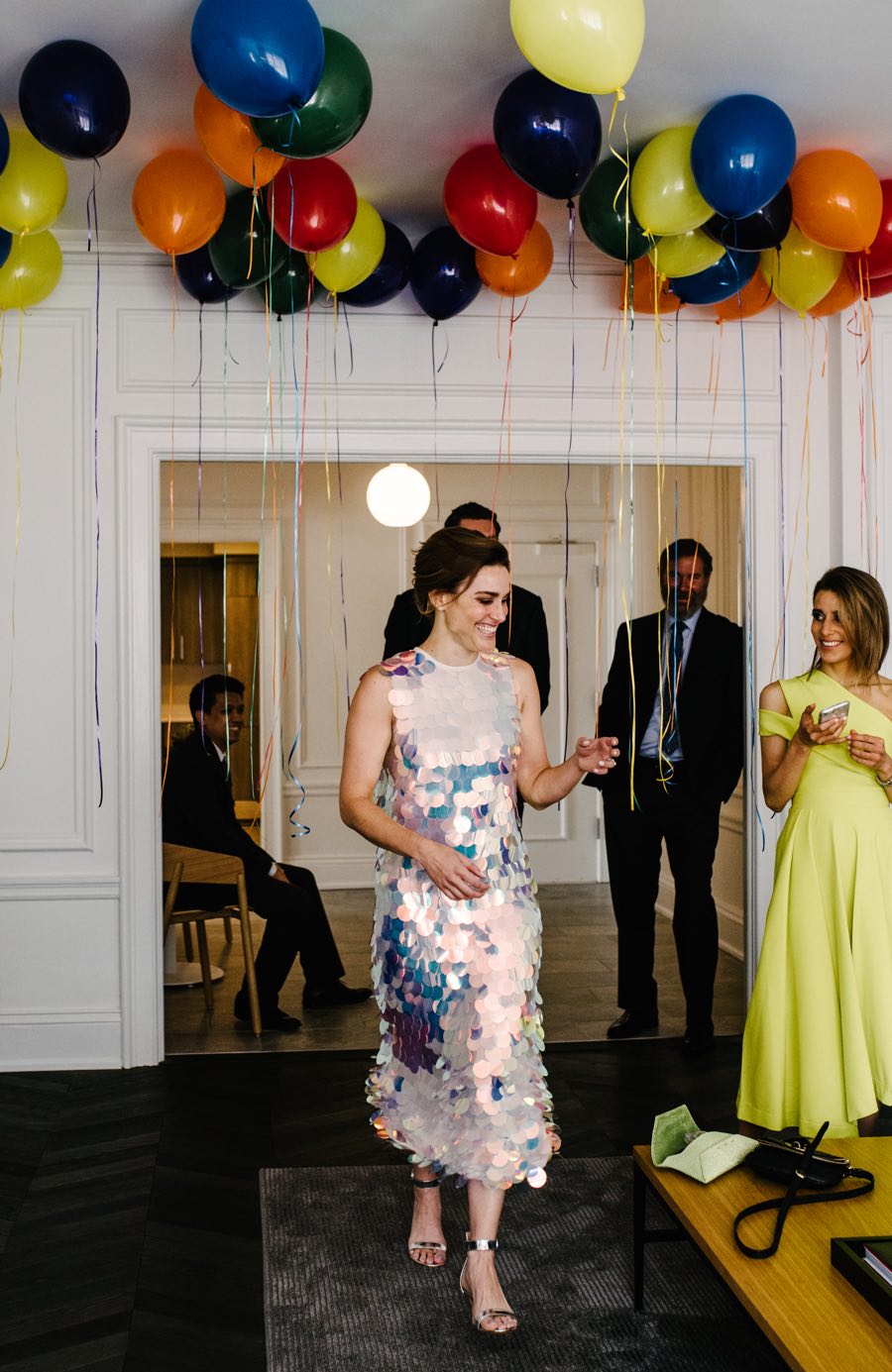 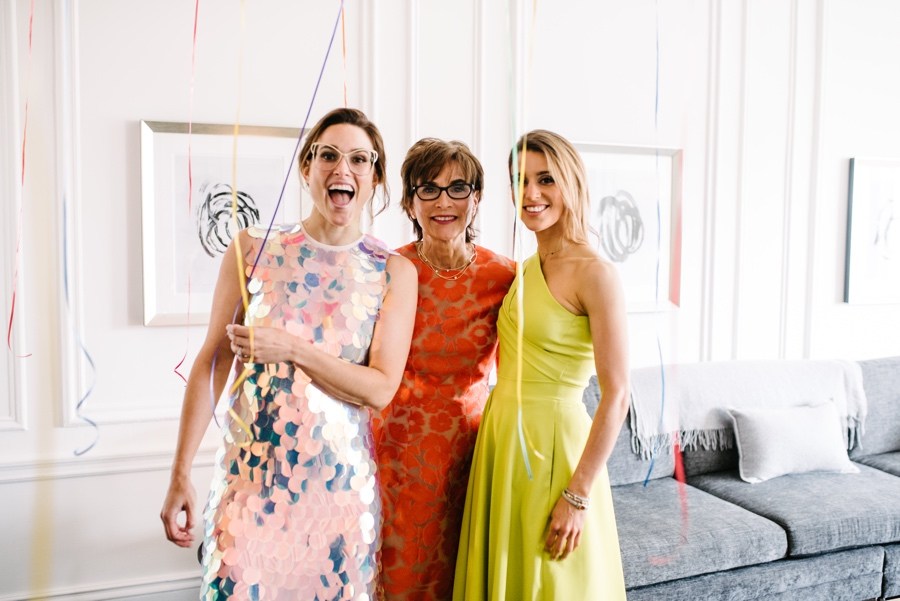 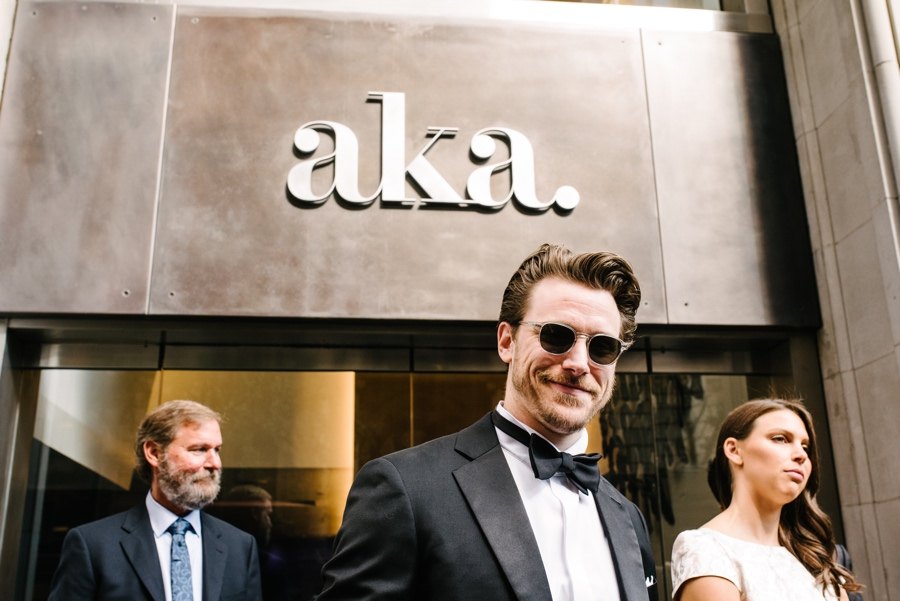 Alex and Diana first met at a New Year’s Eve party in Chicago thrown by two mutual friends who had just gotten engaged. (Alex lived down the street, while Diana was visiting from Philly, where she lived at the time.) 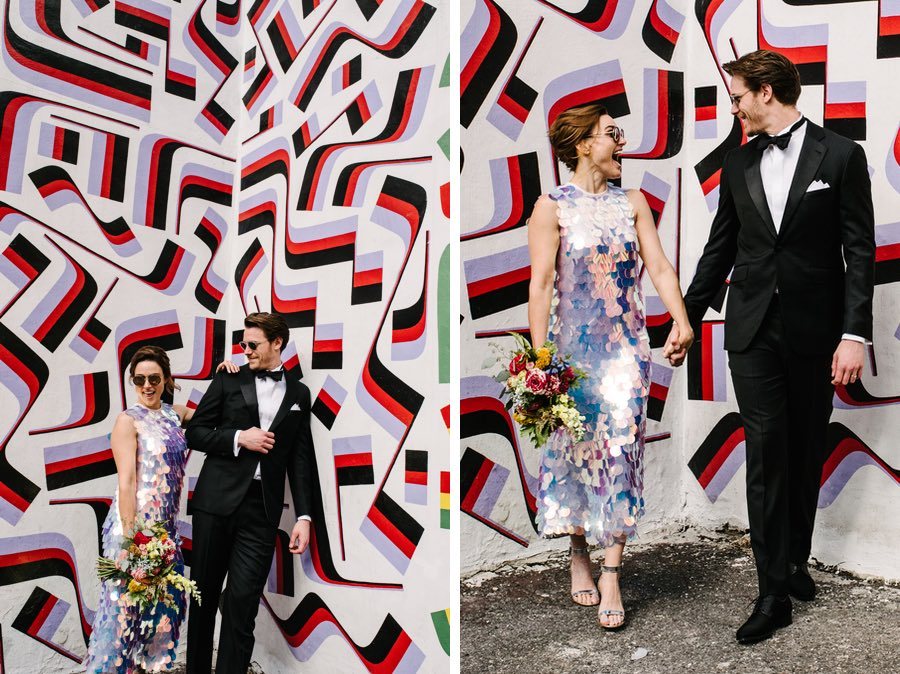 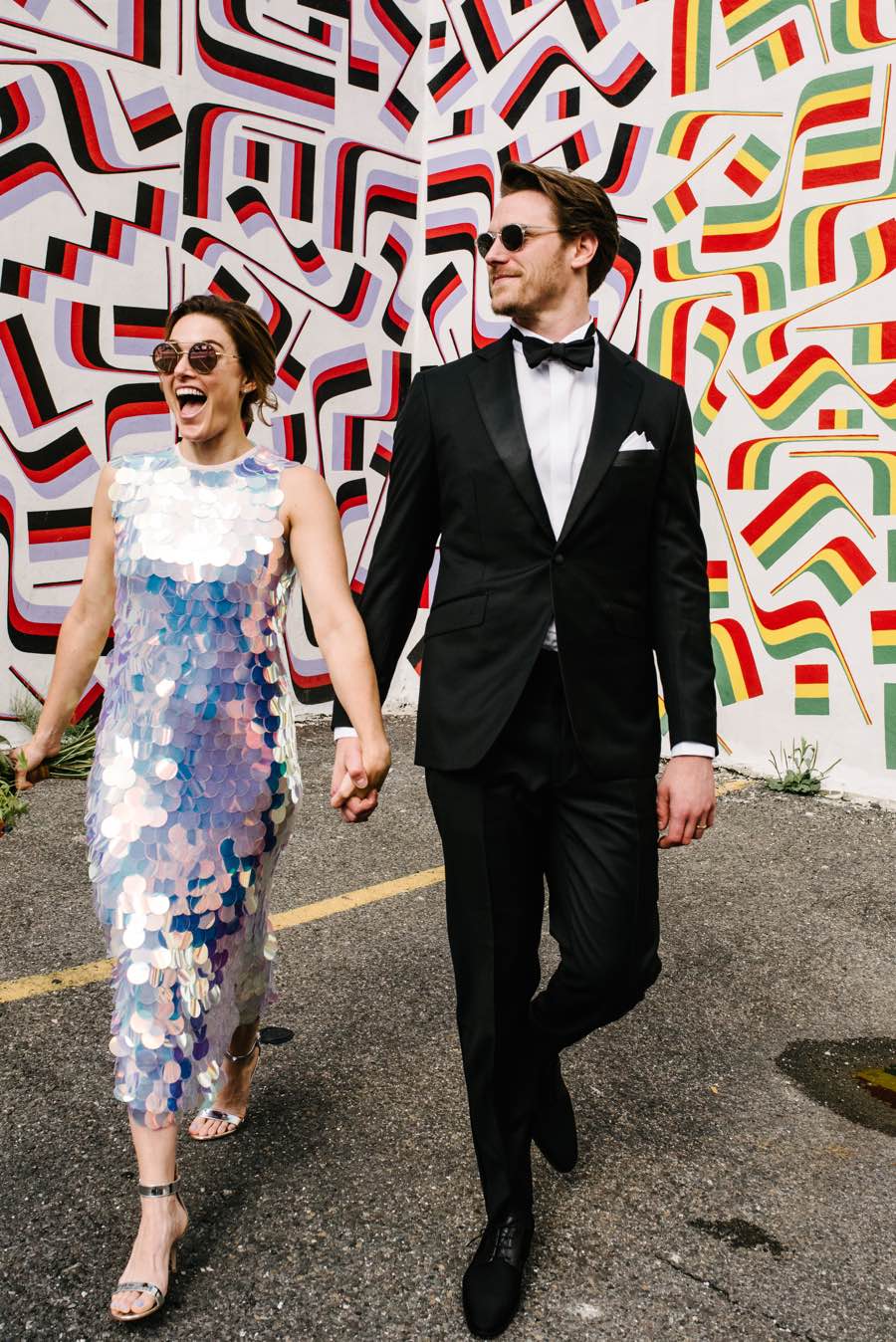 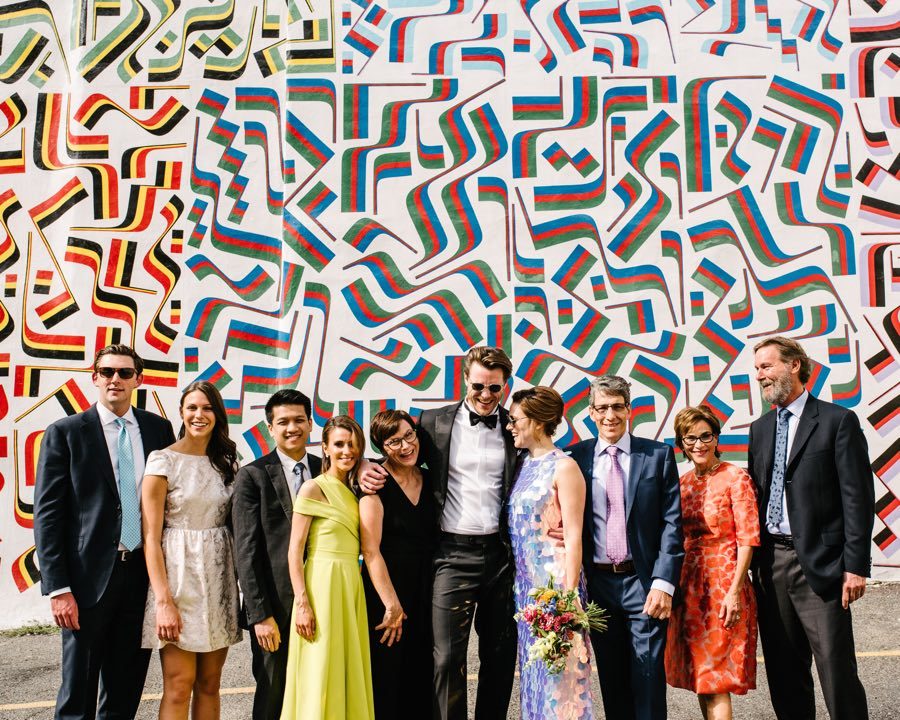 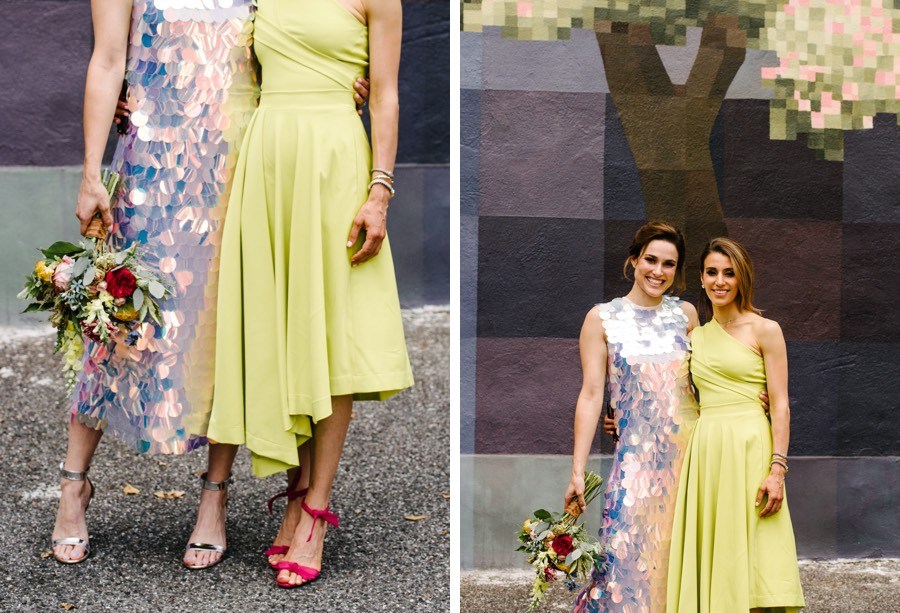 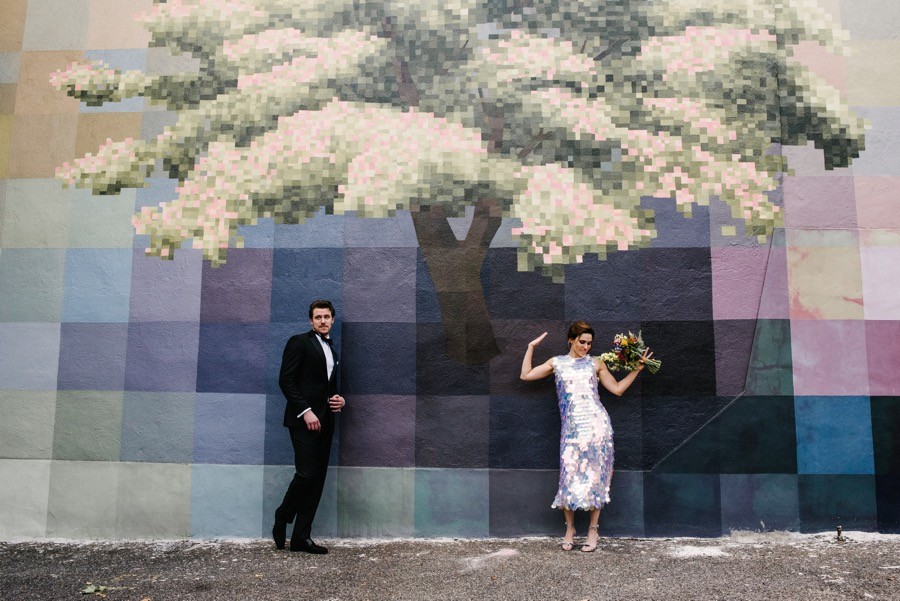 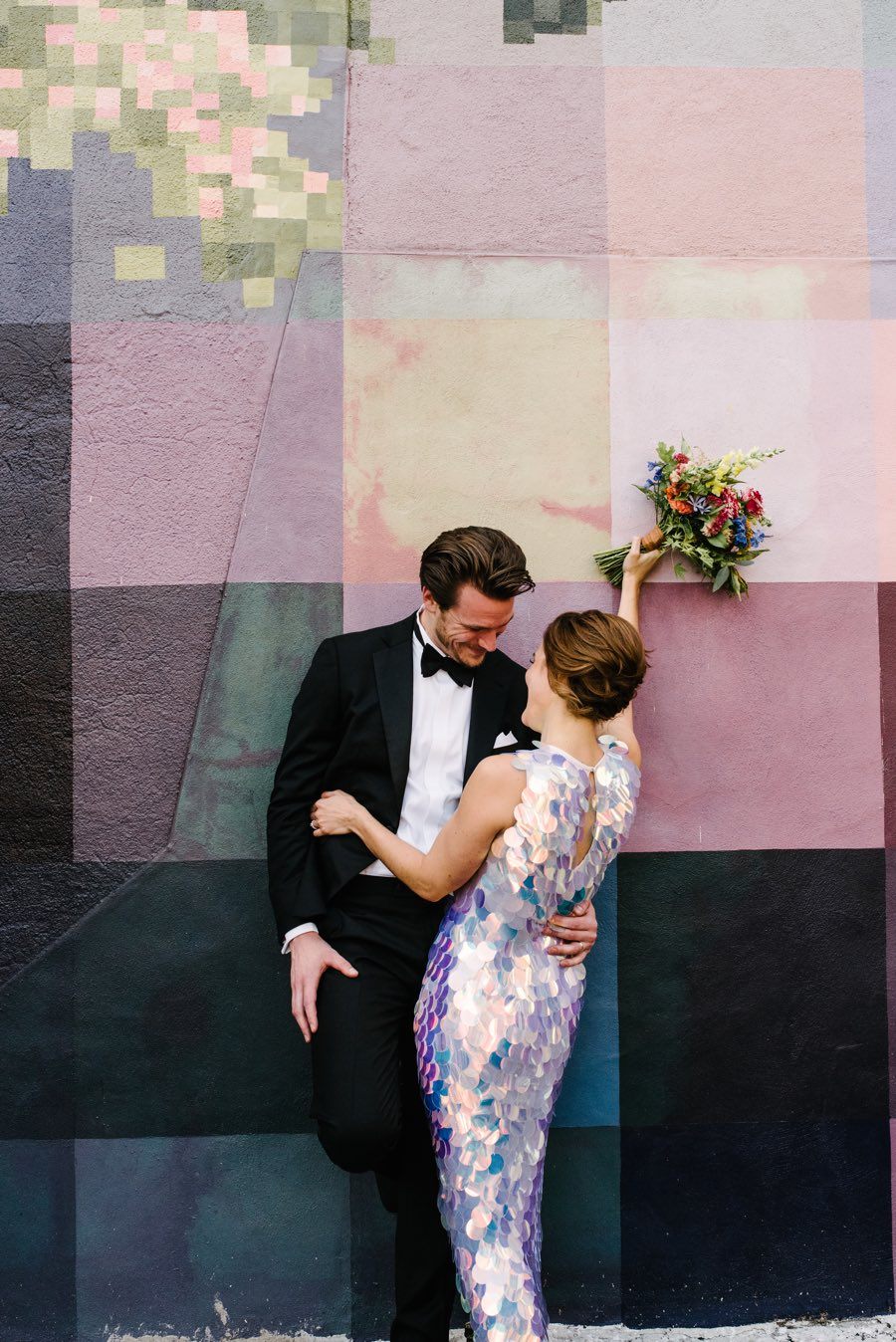 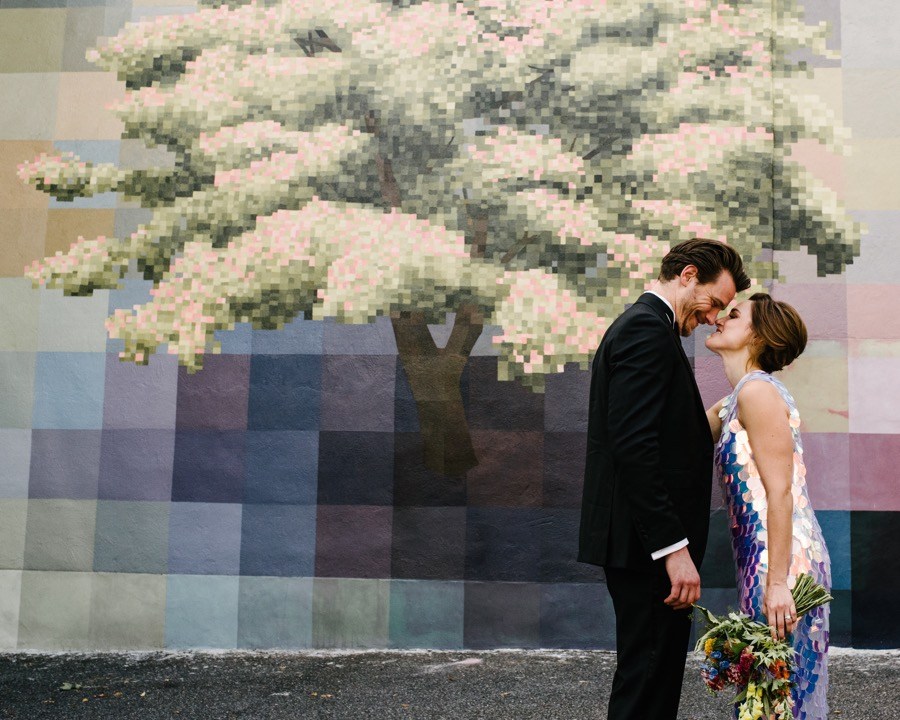 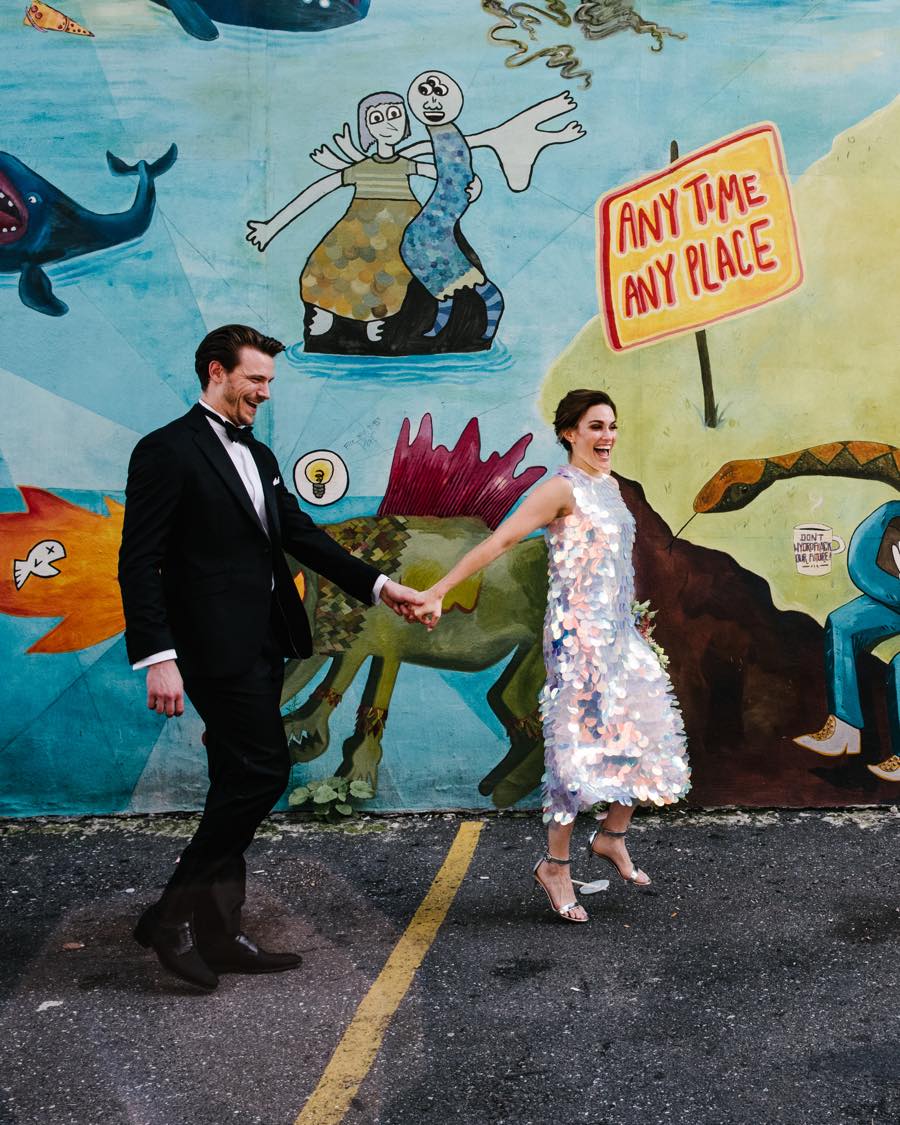 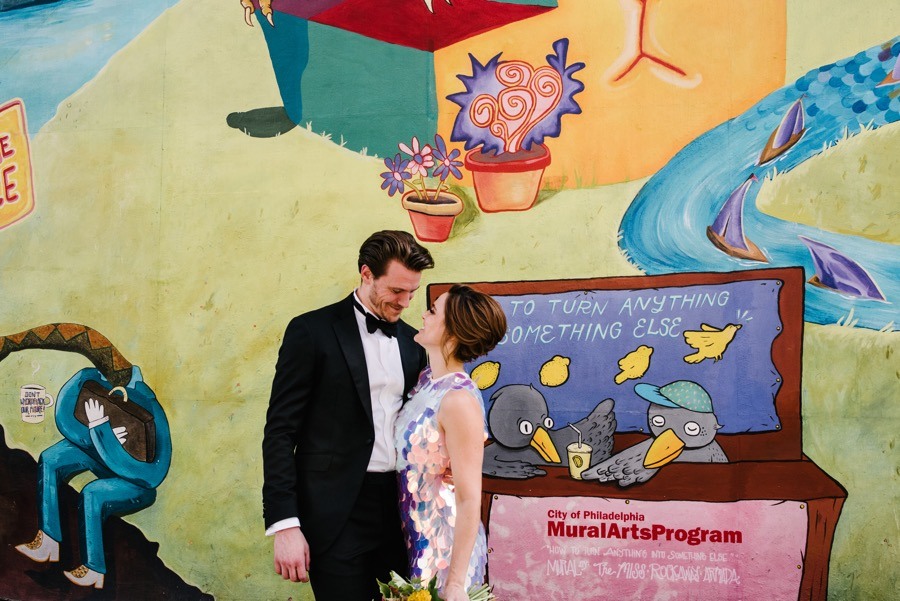 Diana eventually came back to Chicago for that same friend’s bachelorette party, but didn’t leave without seeing Alex again. She decided to skip her flight back home, and instead the pair went on a 12-hour date to a bunch of different restaurants in the neighborhood where they now live. Three-and-a-half years later, Alex proposed over lunch on their back deck. 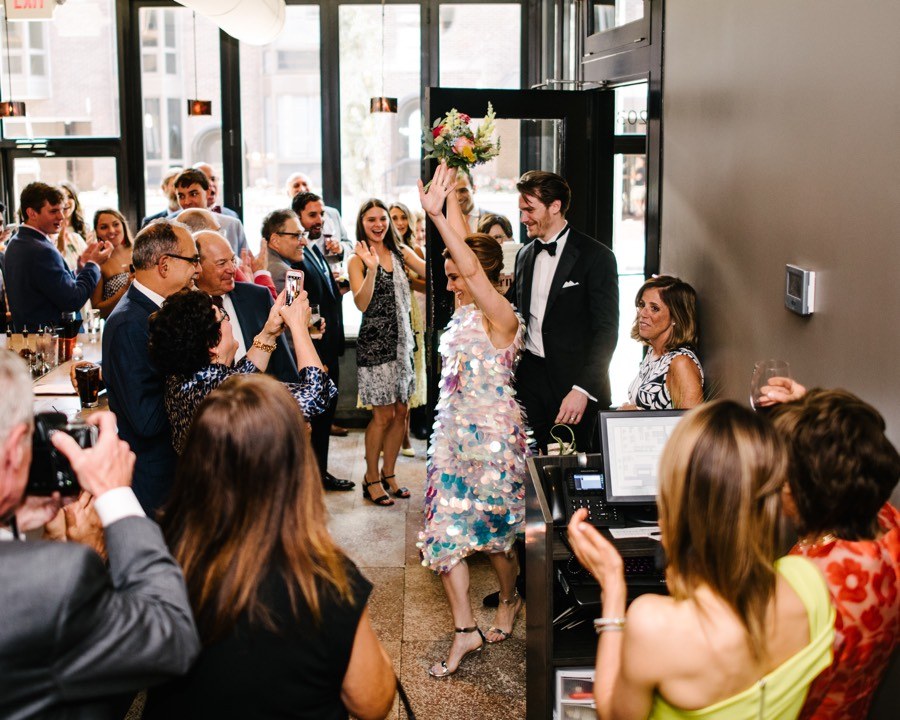 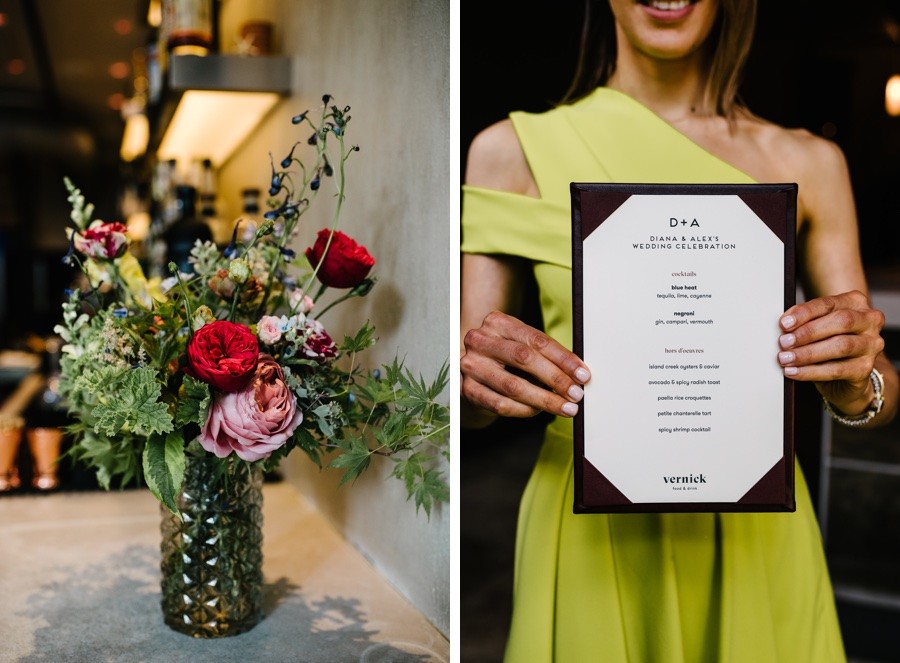 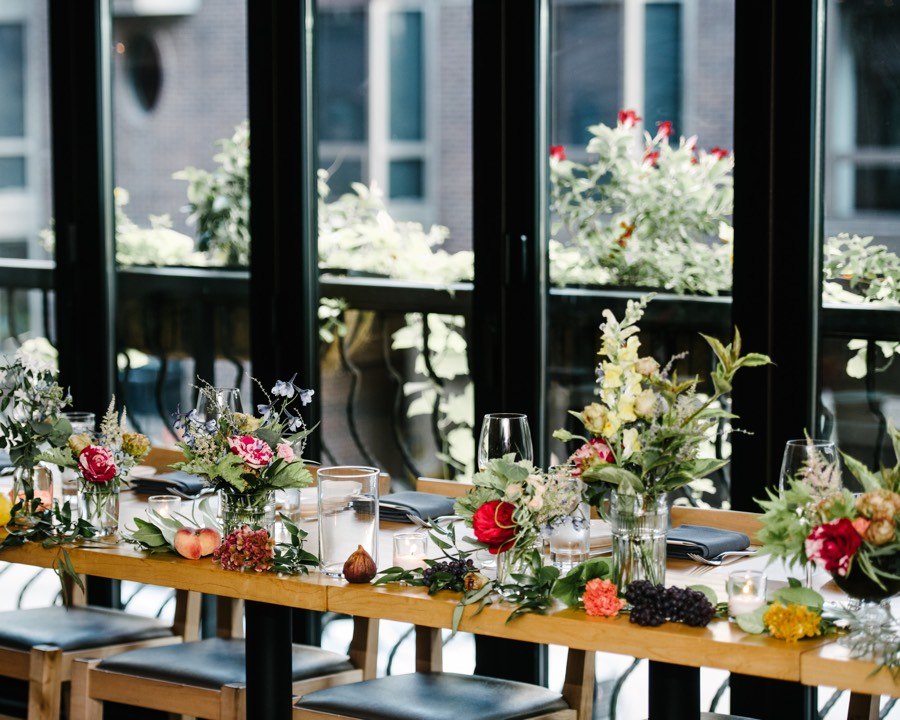 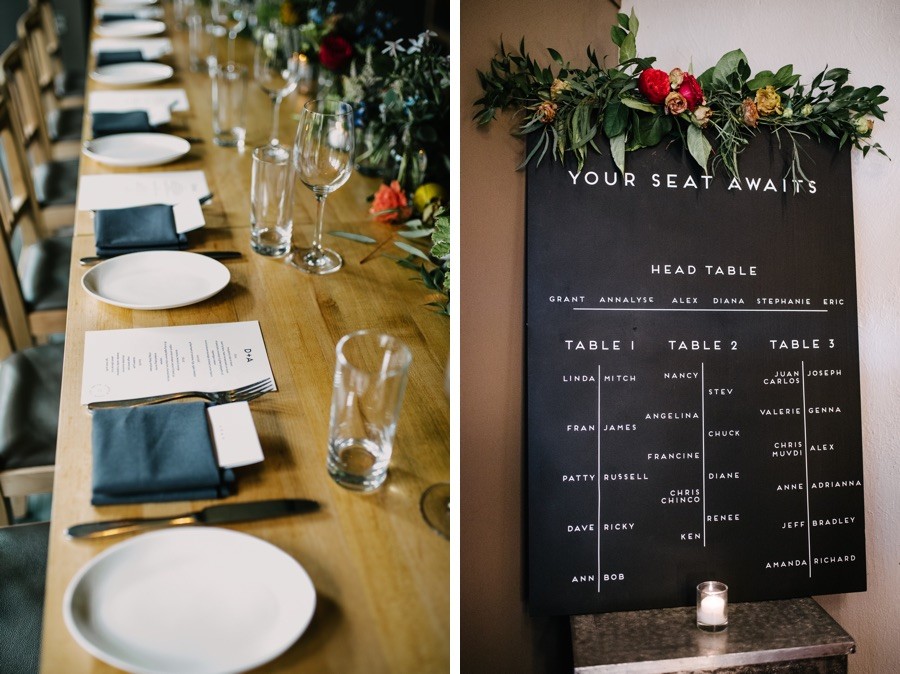 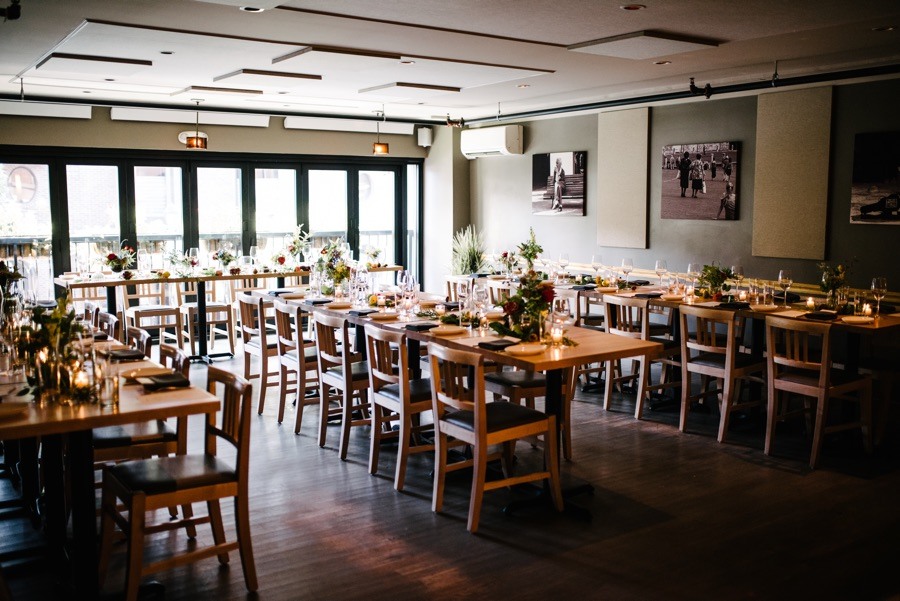 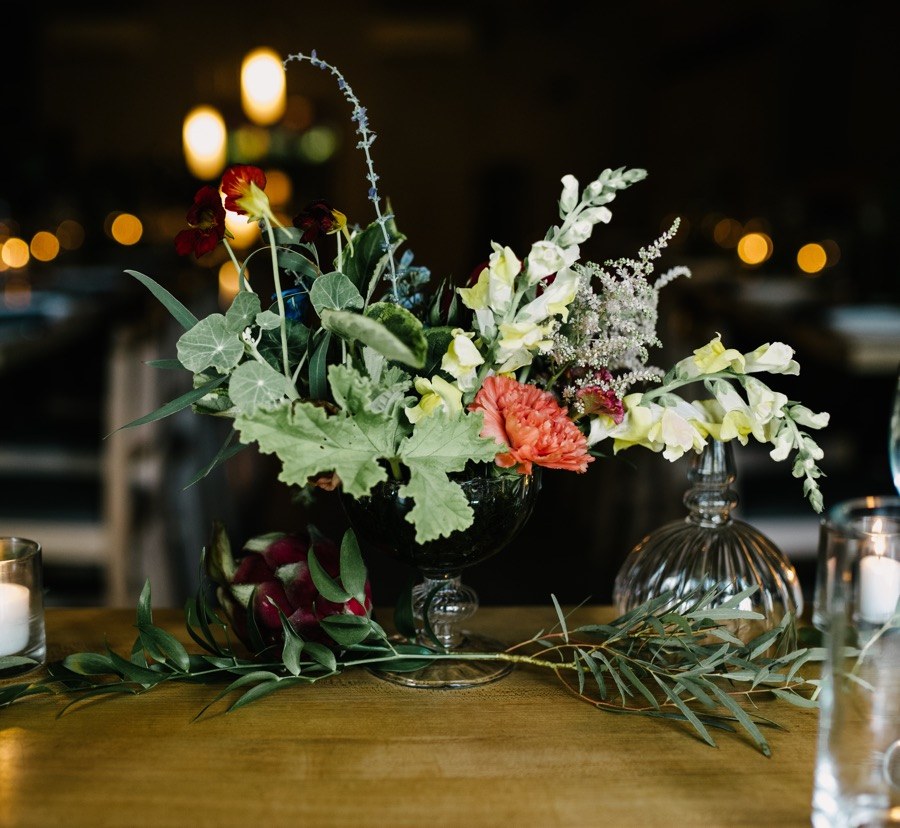 The fun-loving pair planned their low-key wedding weekend in just four months. Up first: a Friday night rehearsal dinner at Vetri, where, in a particularly touching moment for Diana, the pairs’ two sisters signed their self-­uniting wedding license. 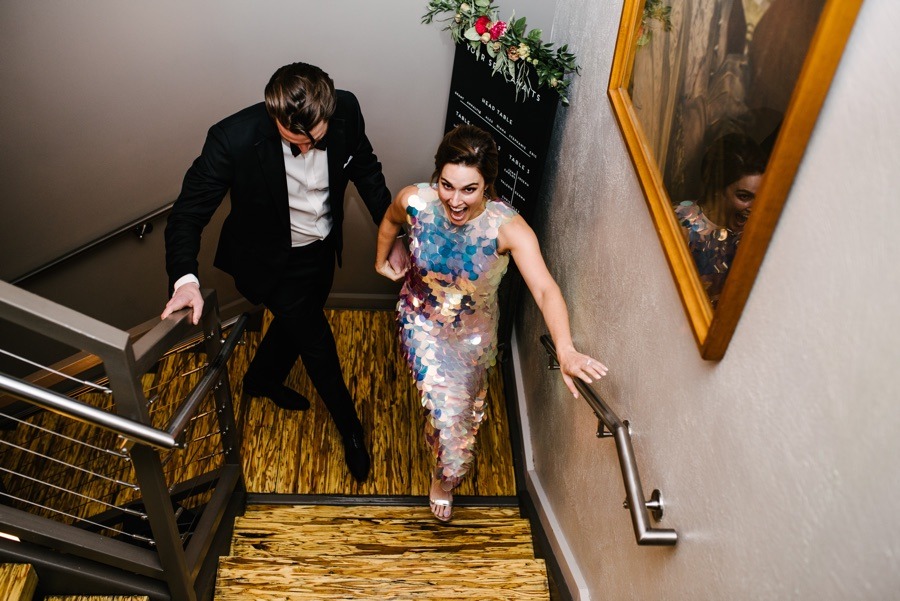 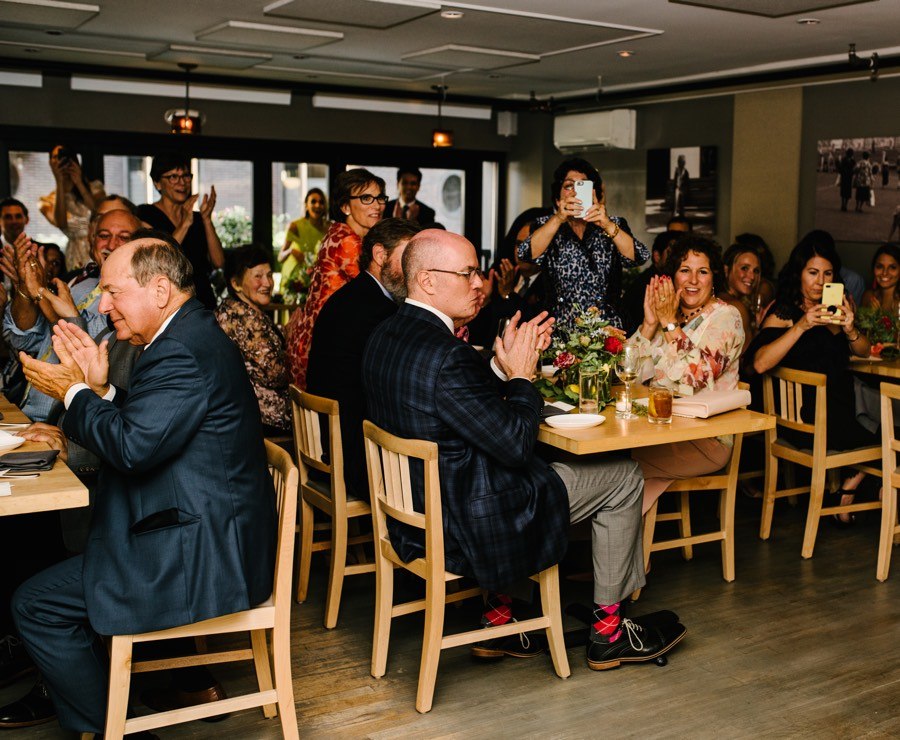 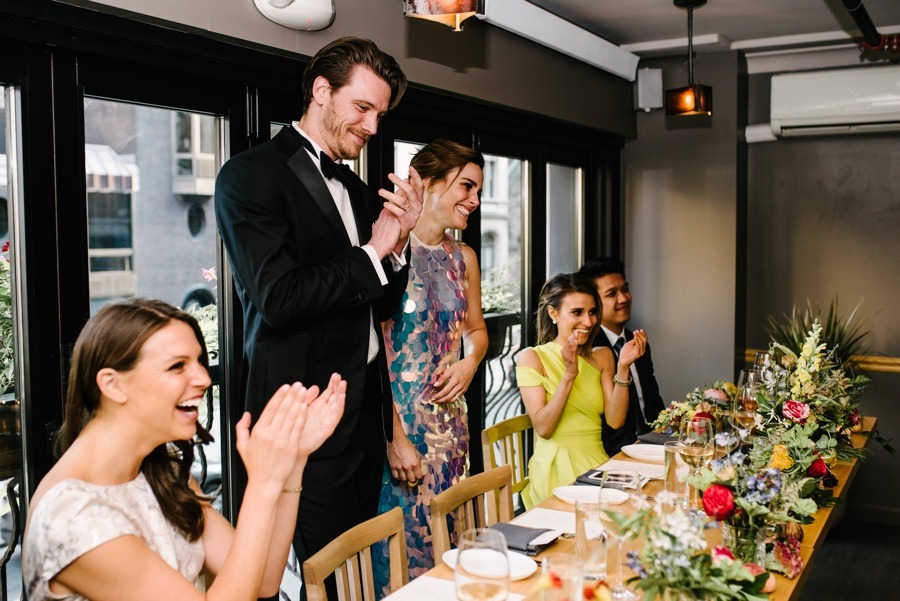 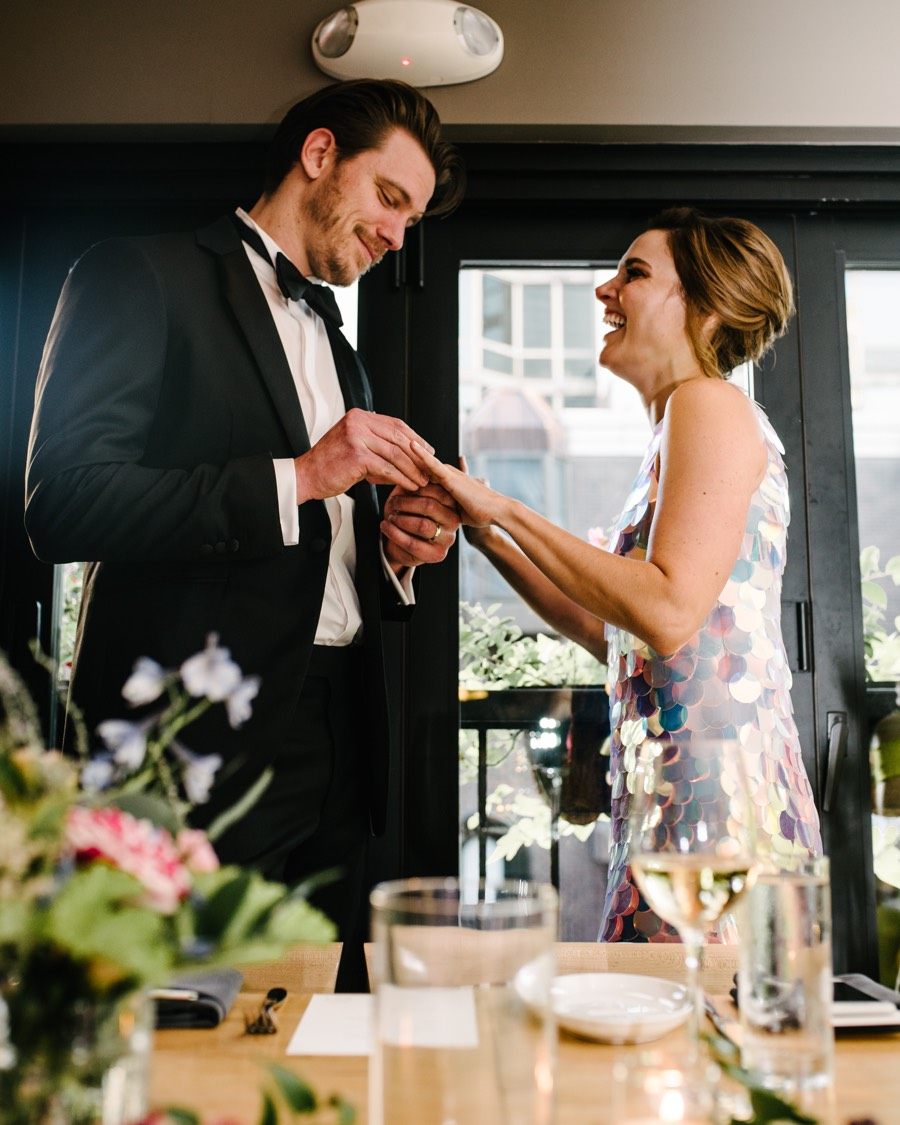 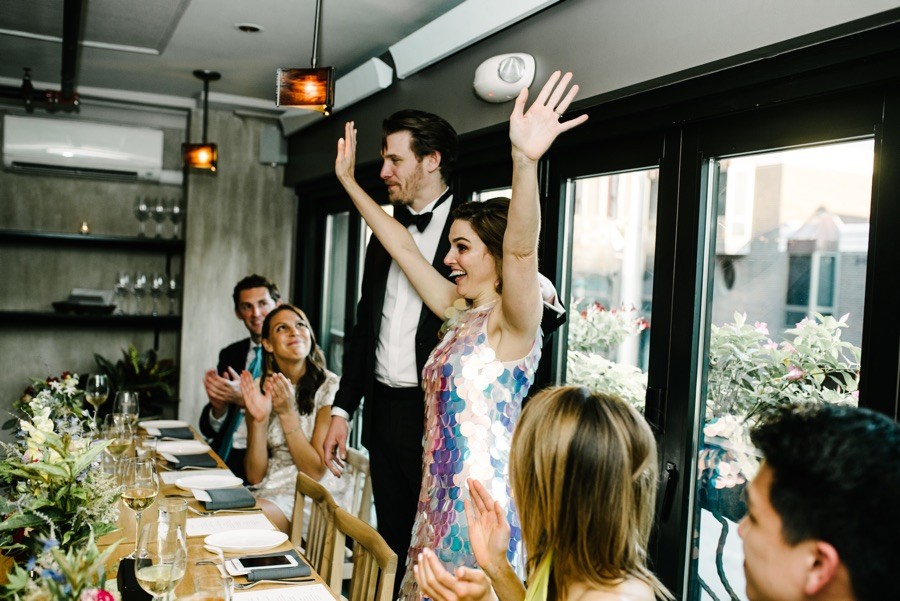 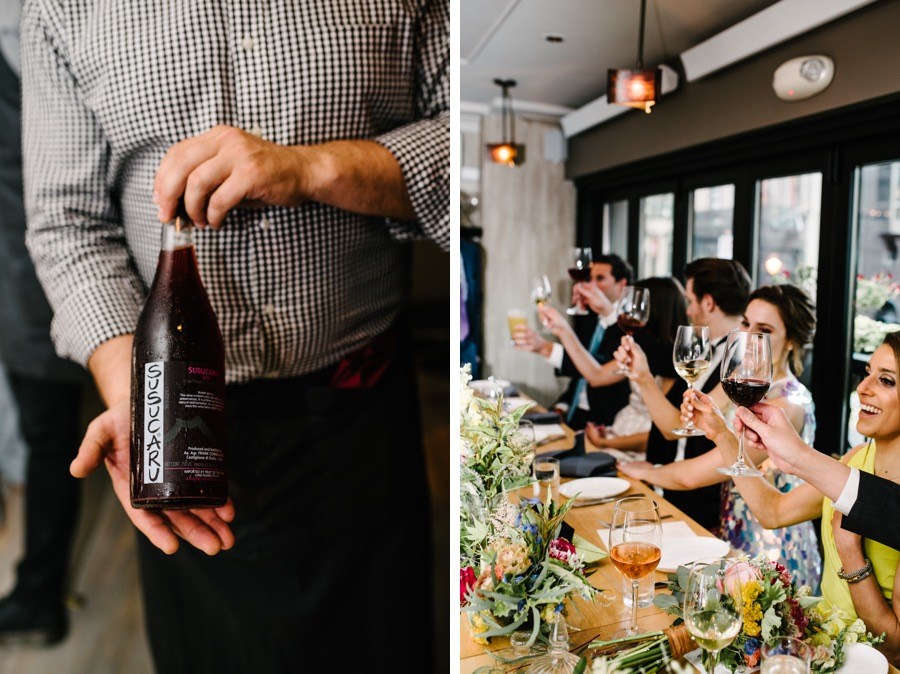 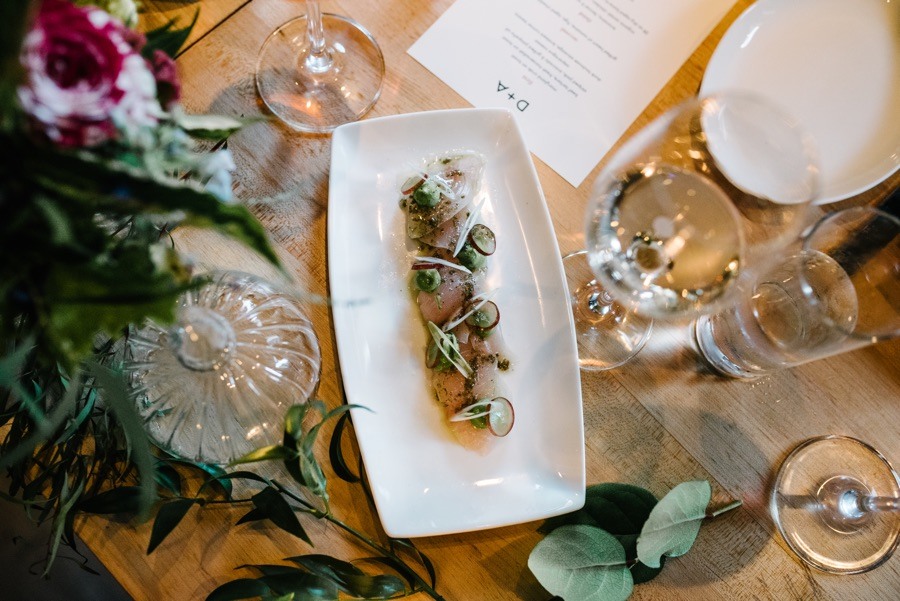 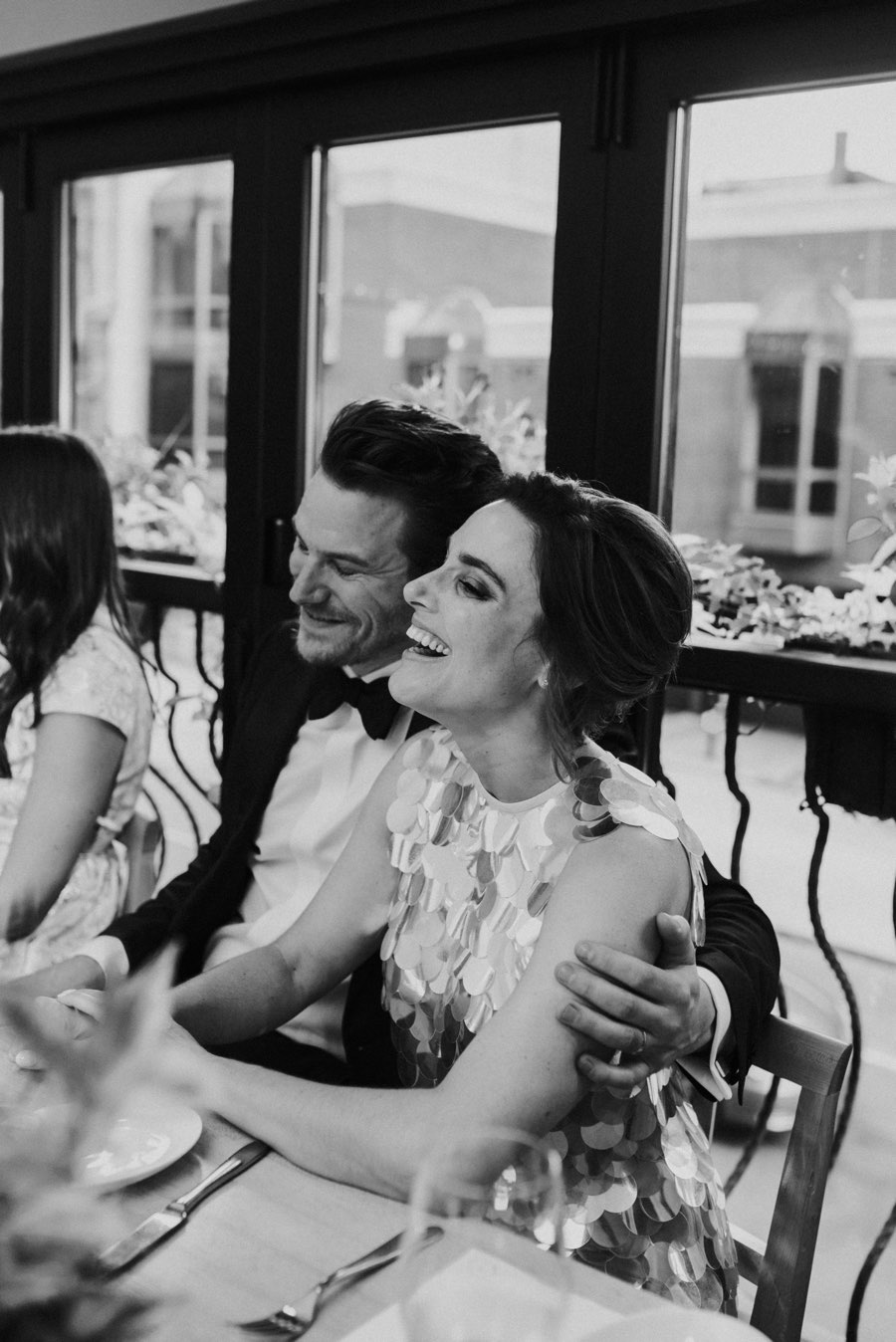 The next day, in their balloon-filled suite at AKA Rittenhouse, Diana donned a made-for-celebrating iridescent paillette shift dress before walking to their Vernick dinner reception. After exchanging rings at their seats, the couple tucked into fennel and orange branzino, Amish chicken, and bone-in strip loin alongside their 38 guests. Blueberry and Meyer lemon pie, alongside an assortment of madeleines, macarons, and cream puffs, replaced a traditional cake, and the drink of the night was a tequila-laced Blue Heat. One-man band Brian Fitzy played “Africa” by Toto for the couples’ first dance, and they still reside in Chicago, where she is a physician and he is a professor.