A look at this adventurous new trend which puts to shame your pretty park shots. 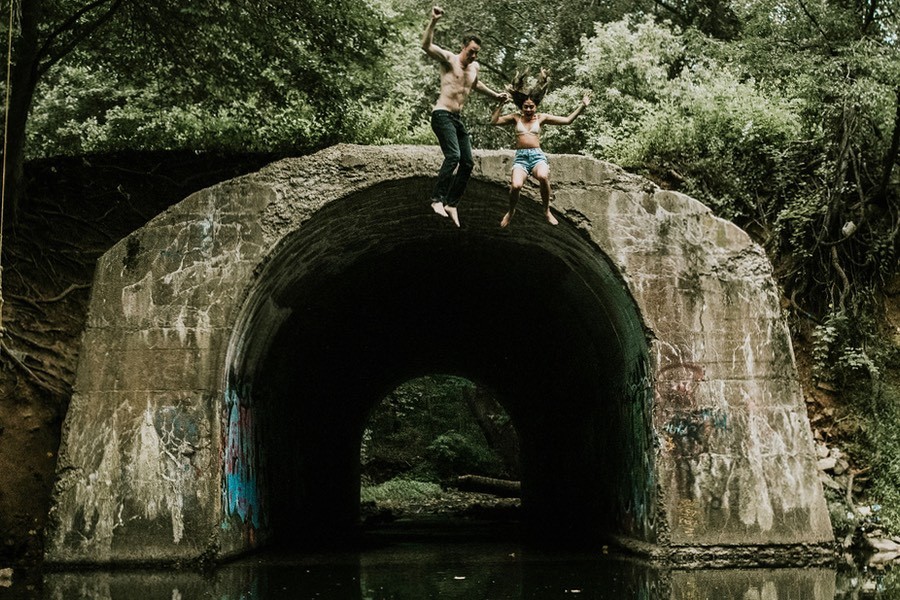 Haters will say that engagement photos exist solely because of our obsession with social media. Whether you post the pics to Insta or not, we think they’re essential because they’re a chance to capture you looking like you, not you looking like the bride or groom version of yourselves. That’s likely why lots of people use their engagement shoot as an opportunity to document the stuff they like doing together as a couple. Baking, strolling city streets, just hanging out at home … all of these everyday activities are excellent options. But what if you’re a little tired of the everyday? Or what if you’re just not an “everyday” type of couple? That’s where the adventure engagement shoot comes in. 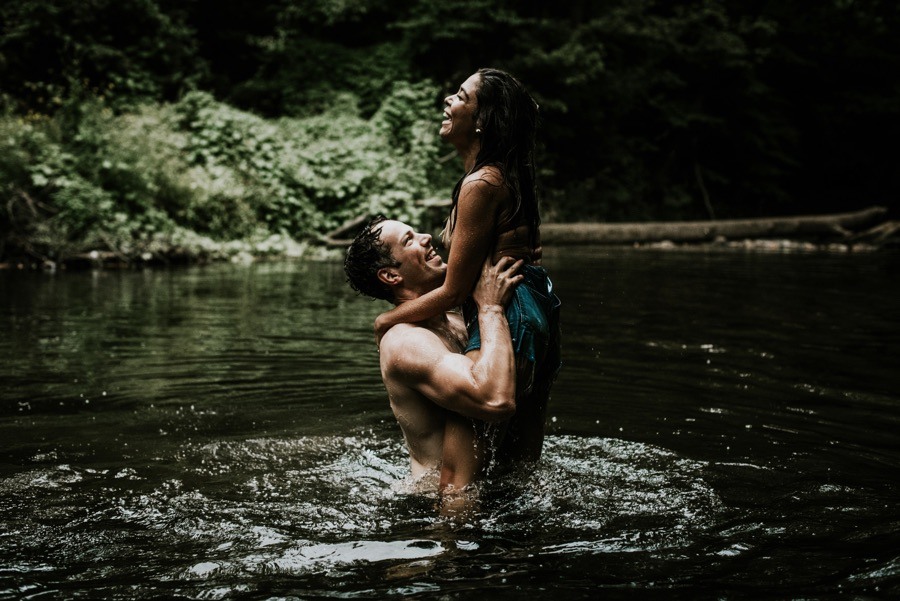 What Is An Adventure Engagement Shoot?

According to Melissa and Michael McManus, the husband-and-wife-duo behind Collegeville-based M2 Photo and two of the leading proponents of the trend in the Philly area, an adventure engagement shoot is any type of engagement shoot that pushes a couple beyond their comfort zone. They also often push a couple beyond their neighborhood, and out into nature. Waterfalls, mountain peaks, scenic overlooks, and remote fields are all go-to locations for M2, who have also traveled as far as Iceland and Utah with couples for out-of-the-box e-sessions. Yes, the shoots often result in epic pics that are total social media catnip—remember the viral Yosemite proposal?—but the McManuses maintain that the experience is also an amazing bonding moment for a couple.

“We got up at 4 a.m. It was a four mile hike each way,” Melissa remembers. “It was completely dark on the whole hike up, and we were all terrified because we’d heard there could be bears, but we got there right at sunrise. It was amazing.” 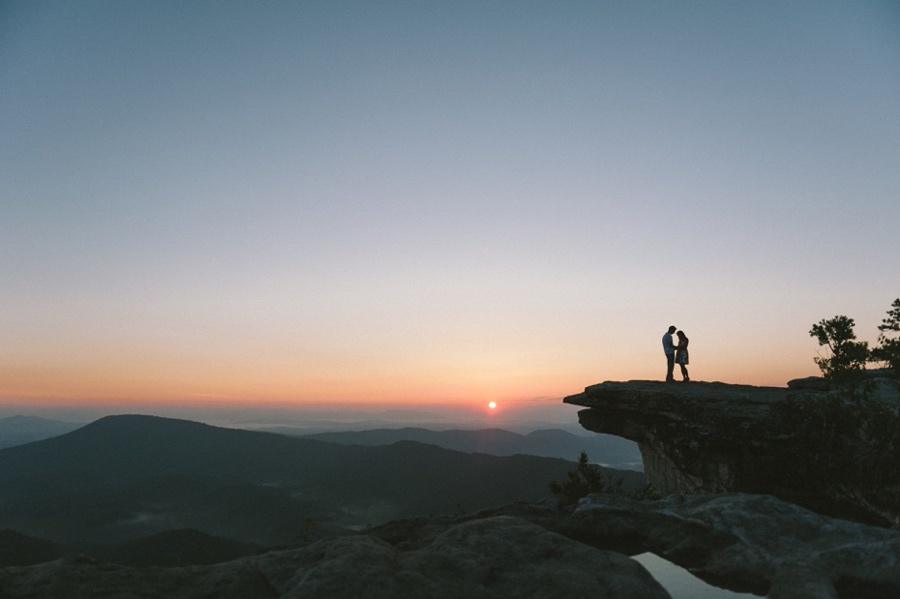 In both their engagement and wedding photography, M2’s goal has always been to help couples “interact and engage with each other in a way that brings out emotion.” They’re finding that locales like McAfee bring their couples to levels they haven’t seen people reach otherwise.

“We’ve had couples call us crying, saying we’ve brought them even closer together,” says Melissa. “Seeing the photos, they’re realizing their relationship can create magic they didn’t even know they had.”

Like a couple M2 recently took bridge-jumping in a remote location in Media.

“The anxiety they had the moment up to the jump—it was intense,” remembers Michael. “It wasn’t like, Oh, let’s go take a cute picture in front of this wall. It was like, we’re going to do something that’s going to scare the shit out of us, and it’s going to be either really amazing or really horrible. But they made the jump, and it was such an exhilarating moment for them. They were on a high and all over each other.”

If your goal is capturing a couple’s love for one another, it doesn’t get much better than that. Which is likely why M2 says they’re now up to doing 3 or 4 “solidly crazy” adventure engagement shoots a year, and they don’t see the trend dying down any time soon. 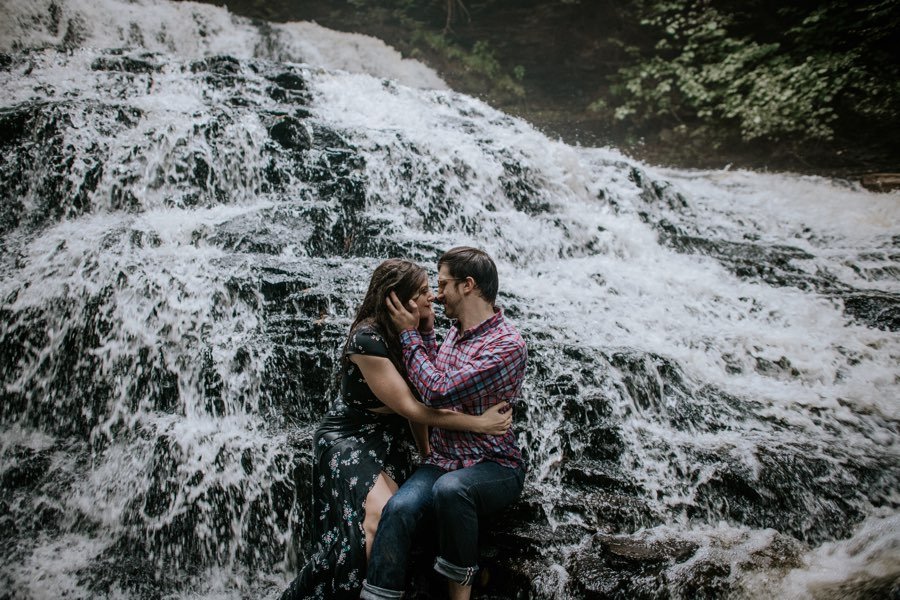 The Best Spots for An Adventure Engagement Shoot Near Philadelphia

“Pennsylvania isn’t always recognized as a beautiful state, especially in comparison to Colorado and places out west,” says Melissa. “But [we have] some really beautiful spots.”

When M2 is scouting for an adventure engagement shoot near Philly, here are a few of the places they head:

Ricketts Glenn State Park
“We love anything near the Delaware Water Gap.” 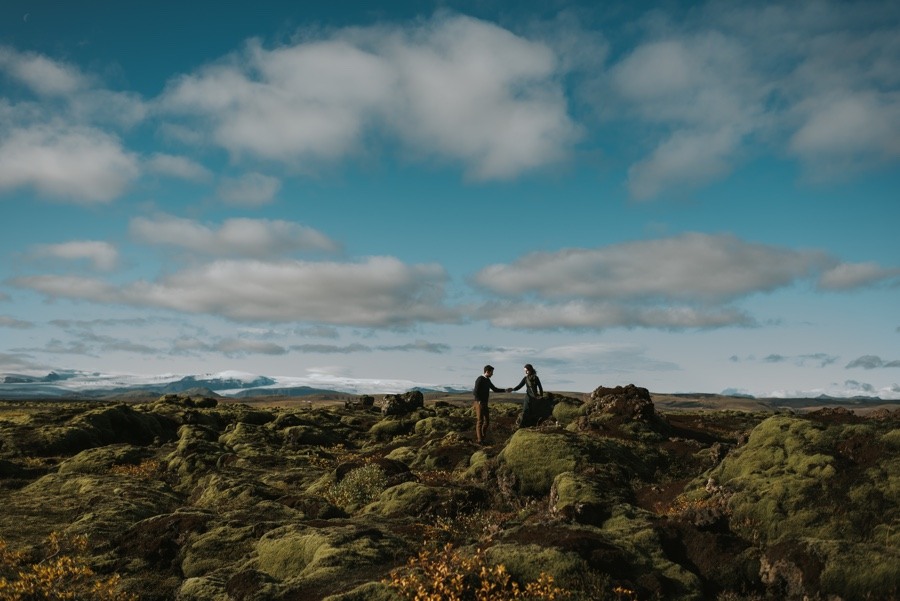 Tom and Claudia Harmon in a moss field in Iceland. | Photo by M2 Photo

Tips for Making The Most of An Adventure Engagement Shoot

Wardrobe is, understandably, a point of concern when you’re trekking through the elements, but M2 doesn’t see too much deviation from a couples’ everyday clothes.

“If we know we’re going for a hike, most times [a couple] will still wear something cute, but they’ll wear appropriate footwear,” says Melissa.

“A lot of people will take their shoes off when we stop, so it looks even better when we’re shooting,” adds Michael.

If they plan on a couple doing something crazier—like, say, swimming in a river or going fully underneath a waterfall—M2 will save this moment for the end of the shoot, and will have a couple gradually work their way up to getting completely wet.

M2 also brings along towels and snacks to make the experience more comfortable, and they tell couples to prep for a wardrobe change.

“Always bring a change of clothes,” says Melissa. “Just because you never know what we’re going to do.”

Want to see your own engagement or wedding photos featured on this blog? Here are our guidelines on how to submit.