Use the lessons they learned in planning your own Big Day. 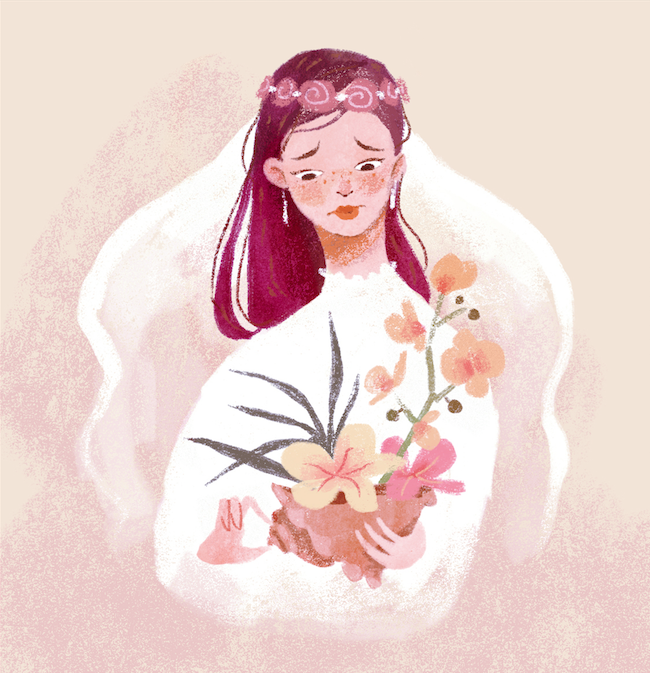 In Hindsight: We’ve often thought that some of the best wedding advice you can get comes from folks who’ve recently lived to tell their tales. Listen to these local brides—and the lessons they wish they’d learned before they walked down the aisle.

I wish I had understood that the capacity my venue told me didn’t include room for a dance floor. We ended up having to work with a significantly smaller guest list once we realized how many people we could fit in our reception space with a dance floor.

I wish I had taken care of so many things before the 11th hour, because there are already so many things with planning a wedding that really can’t be done until the last minute—i.e., seating chart, etc. I could have planned the ceremony, painted the wine corks we used for our escort cards, purchased and put together the items for our welcome bags, and done so many other things ahead of time and just gotten them out of the way. I was kicking myself over and over for my procrastination in the three weeks before the wedding.

I wish I had told the wedding band to just play one verse of our surprisingly long first-dance song. It gets awkward after about a minute and a half.

I wish I’d done more research on our wedding photographer. She was a friend of a friend, and I figured, “Hey, she’s cheap!” But I pretty much got what I paid for. Eleven years later, I haven’t printed off a single one of the photos she took for us. The few prints I have are snapshots that other people took during the wedding. I look at other people’s wedding photos and pretty much seethe with jealousy.

I wish I had realized that a large group of people won’t govern or direct themselves the way you might expect. I don’t know if it’s a “group think” issue or what, but people had to be herded about like cattle, especially when it came time to find their seats and actually sit down. These are adults who have been to at least a dozen weddings—they know how this is supposed to go! I suppose this is why people have wedding planners.

I wish I would have known to get bids from more vendors, and pushed back with them a little more. In the meeting with my florist—I just took the first one the planner recommended, mistake one—I told him I didn’t like tropical flowers or orchids. I had a destination wedding in Florida but didn’t want to fall into the clichéd tropical look, plus I just don’t love the way orchids look as centerpieces. Despite that, that’s exactly what he gave me. And instead of pushing back, I just said to myself, Well, he knows best. I think I was too young and naive to know that I was the one who calls the shots, not him!

I wish I’d loosened up and let my mother-in-law help more. I felt like she was meddling during the wedding-planning process and pushing too much of what she wanted—bows everywhere! But in looking back, I realize she just wanted to be a part of the planning because she was so excited. She’s since passed away, and I wish I’d used that time to bond with her more and not let it get to me so much.

I wish I had put some thought into plans for when my wedding was over—and I mean literally when it was over, not the after-party. The next morning when I woke up in the hotel where our wedding had taken place, I went looking for various items that I hadn’t collected as soon as it was over—because who is thinking about that at the end of their wedding night? I came to find out that many items had mysteriously gone missing: all of our extras (programs, menus, etc.), my veil, one of my bridesmaids’ shoes that she mistakenly left under her table. … I wish I’d made a plan for how to make sure all those items were gathered, kept safe overnight, and returned to us the following day, instead of put in the trash.

This article originally appeared in the spring/summer 2017 issue of Philadelphia Wedding.