America's 250th anniversary has been billed as a coming-together moment for the country. The leadership planning the festivities, though, keeps on changing. 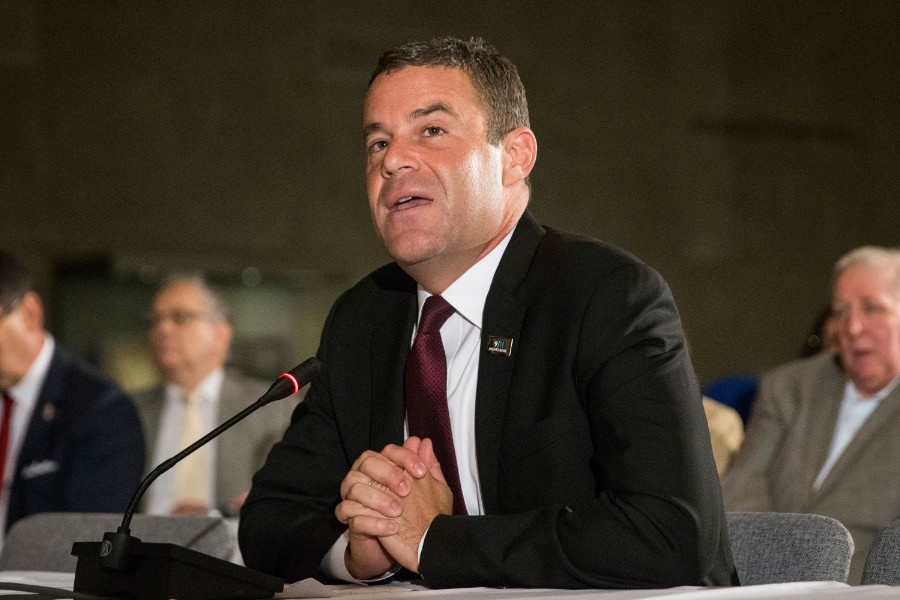 America250 CEO Joe Daniels has resigned after one year in the position. Photo by Andrew Burton/Getty Images.

In 2026, the United States will celebrate its 250th anniversary. In theory, this should be a big deal for Philly, which is supposed to be one of main sites for the celebration, technically known as the Semiquincentennial. But if the Semiquincentennial is meant to be a rare occasion of togetherness for the country, the entities planning the festivities, the America250 Commission and Foundation, haven’t exactly been setting a sterling example. (The commission is the body created by Congress that has received roughly $20 million in federal funds; the foundation is a private nonprofit offshoot that has assumed day-to-day planning responsibilities. Yes, we know this is confusing.) Neither can seem to decide who they want running things.

On Monday, America250 Commission chair Rosie Rios announced that Joe Daniels had resigned as CEO of the foundation. Daniels, who came to America250 from the 9/11 Memorial Museum in New York City, served one year in the position. His time in charge was marked by a series of controversies, including an explosive lawsuit from four female foundation executives, all of whom have since resigned. (At the time of their resignation, the four plaintiffs were the only women executives to have worked at the foundation. More than 1o women have resigned overall.) The suit alleges a sexist and toxic work environment at the foundation, and that Dan DiLella, a Philly developer who served as chair of the commission, misspent federal funds by giving out contracts to his friends and business associates. (DiLella and Daniels have denied wrongdoing.)

The lawsuit is only the beginning of America250’s problems. In June, Facebook, America250’s largest and most visible corporate sponsor to date, canceled a $10 million contract. An appropriations bill currently before Congress proposes taking $1 million of America250’s money and spending it on an audit and investigation of the commission. Meanwhile, the power struggle between the commission and the foundation over who should actually be planning the Semiquincentennial remains unresolved.

In an email announcing Daniels’s resignation, Rios cited “differing philosophies” between herself and Daniels about the role of the America250 Foundation. Rios herself was only just named chair of the commission in July, replacing DiLella, who has remained on board as a commissioner.

In a statement, Anna Laymon, Renee Burchard, Kirsti Garlock and Keri Potts, the four plaintiffs in the ongoing lawsuit against America250, said the following: “As a group, we are gratified to see that our efforts to whistleblow and raise awareness of what was happening at America250 have had the impact we intended. But awareness is not enough. To renew our trust, the commission must take back the reins of control and fully embrace its public purpose. The commission and foundation must act as if they are answerable to the people. America250 cannot move forward without cleaning house, changing course, and making amends.“

It remains unclear how much Daniels’s resignation will change things at the foundation or whether his vision for the celebration — which included a massive South-by-Southwest-style festival to be held here in Philly over the Fourth of July in 2026 — will come to fruition. Rios, Daniels and Tony Rucci, who served as CEO before Daniels and is now back in an interim capacity, didn’t respond to requests for comment. A spokesperson for the foundation declined to comment.