The latest chapter in the ongoing drama surrounding the celebration of America's 250th anniversary in 2026. 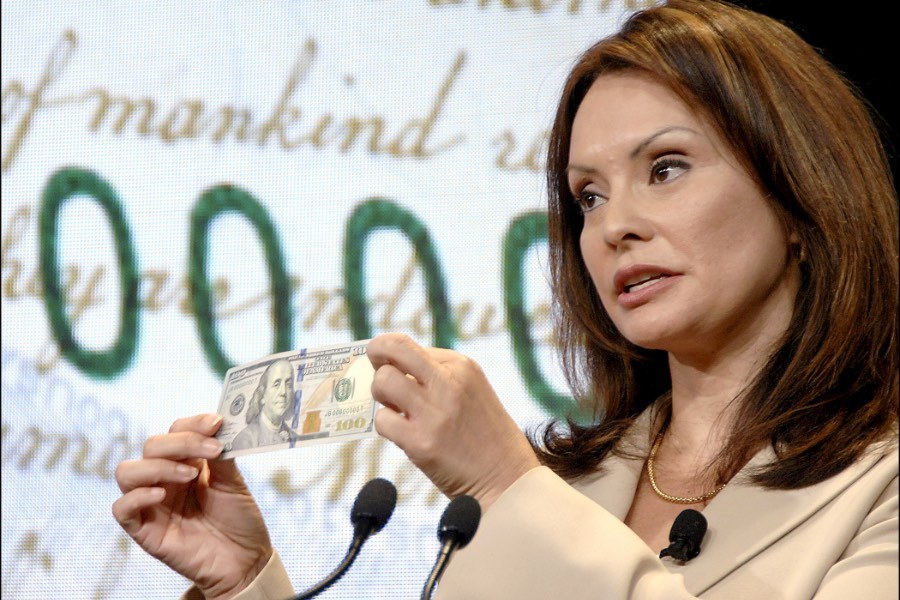 Rosie Rios, pictured here during her time as United States Treasurer, has been named the new chair of the U.S. Semiquincentennial Commission. / Photograph by HUM Images/Getty

After months of bad press featuring allegations of sexism, unequal pay, cronyism, and dysfunctional governance, the United States Semiquincentennial Commission, the federal body tasked with planning the country’s 250th anniversary in 2026, has made a leadership change. Dan DiLella, the Philly-area developer and former Union League president who has served as chairman since 2018, is out. Rosie Rios, the United States Treasurer under Barack Obama, is in. President Joe Biden made the new appointment.

The change, announced last week, comes amid serious internal schisms (written about in our July issue) within the federal commission and its affiliated nonprofit, the America250 Foundation. Four female foundation executives resigned from their posts last year and filed a lawsuit alleging, among other things, that the foundation has misspent much of its $20 million federal allocation, that DiLella doled out lucrative contracts to his friends and associates, that women were underpaid compared to their male counterparts, and that virtually all important strategic decisions were made by an insular group of male employees. (DiLella has denied the allegations of cronyism and the foundation has denied wrongdoing in court filings.) In addition, a group of commissioners, including Philly-based finance CEO Andrew Hohns, has spoken out publicly against DiLella’s leadership, claiming that he’s been making decisions without putting them to a vote of the 24-member, federally appointed commission.

In a press release announcing the changes, Rios said that “bringing the country together to recognize the nation’s founding after 250 years is one of the greatest honors one can experience personally.” She also praised DiLella, who will stay on as a commissioner. The press release made no mention of why DiLella was leaving as chair, though his tenure has been rocky of late, between dealing with the lawsuit, the resignation of more than 10 women from the foundation in the past 10 months, and the cancellation of America250’s largest corporate sponsorship, when Facebook recently dropped out of a $10 million agreement. (An America250 Foundation spokesperson said of the resignations, “While some people would like to cherry-pick information to buoy their narrative, the reality is employees leave organizations for various reasons and many stay because they believe in the mission, opportunities and values.”)

DiLella, for his part, says he wasn’t asked to leave his position. “It’s been a situation where I took this thing from scratch and moved it forward, and I think Rosie is the perfect person to take the next step,” he says. He suggested to the Inquirer that there were political factors at play, too, telling the paper, “I’m still involved. But I’m not a Democrat, and they had to get one.” (DiLella was originally appointed by Donald Trump in 2018 and was re-designated chairman by Biden last year.)

As chair, Rios becomes the first woman to lead the commission and a high-ranking female executive in an organization that has not had many of them. She’ll serve alongside America250 Foundation CEO Joe Daniels and commission executive director Frank Giordano, the longtime president of the Philly POPs who’s also a friend of DiLella’s. Don’t expect major upheaval, though. “Rosie is 100 percent supporting the platform we already created,” DiLella says. “Not a whole lot is going to change.” A foundation spokesperson described Rios as “a bridge of continuity for the commission and foundation.”

But for an organization facing so much public criticism, one wonders whether the situation calls for a bridge of continuity so much as a demolition. According to a source familiar with the discussions, the four women suing the foundation brought their allegations to the attention of House Speaker Nancy Pelosi, who advocated removing not just DiLella but also Giordano and Daniels from the celebration planning. As of right now, however, all three remain involved with the Semiquincentennial. (A Pelosi staffer didn’t respond to a request for comment.) An appropriations bill currently in the Senate also proposes taking $1 million of the commission’s money and redirecting it to the Office of the Inspector General to support “audits and investigations of the Semiquincentennial Commission.”

The commission’s internal critics don’t appear to be satisfied, either. “Sadly, this move does nothing to restore the integrity of the commission, to reform its maladministration, or to redress its unfair treatment of vendors and employees,” Hohns said in a statement, pointing out that Rios has been a close DiLella ally on the commission, serving both on the executive committee and as treasurer. “We need a revamp: bold thinking, an impactful legacy upon which future generations can build, and a commission that functions transparently and in accordance with the law.” Hohns says he learned the news about Rios through a press release.

Then there’s the matter of the lawsuit, in which Rios herself is named as a defendant, alongside DiLella and Giordano. The suit paints Rios as unaware of the internal dynamics and finances at America250, despite her position as commission treasurer. In one phone call, according to the suit, Anna Laymon, one of the plaintiffs, told Rios she thought Giordano was deficient as commission executive director. Rios, the suit claims, agreed, allegedly calling Giordano “an idiot,” but stated that there was little she could do, since Giordano was working pro-bono. In fact, Giordano had been receiving an annual salary of roughly $150,000. “At the time, commissioner Rios, chair of the finance committee, was unaware [that the] highest ranking staff member of the U.S. Semiquincentennial Commission was collecting a salary,” the suit alleges. (Reached by phone, Rios directed questions to a foundation spokesperson, who declined to comment on the lawsuit.)

In a statement, the four plaintiffs in the suit — Renee Burchard, Keri Potts, Kirsti Garlock and Laymon — described a similar lack of faith in the new leadership. “This feels a lot like shuffling the chairs on the Titanic,” they wrote. “Rosie Rios is a named defendant in our lawsuit for a reason, and unless she plans to take seriously the issues of fraud, waste, and abuse that we have detailed, this ship will continue to sink. America 250 has described Rosie as a ‘uniter,’ but it remains to be seen if she will take action to remedy the issues of pay inequity, gender discrimination, and gross mismanagement we have raised.”

As for what this all means for Philadelphia, which has benefitted from considerable infrastructure investments — Fairmount Park, the South Philly stadium complex and FDR Park, to name just a few — during the country’s previous Centennial (1876), Sesquicentennial (1926) and Bicentennial (1976) celebrations held here, well, America250 is still planning a large-scale multi-day festival in 2026 that America250 CEO Daniels has likened to a kind of South-by-Southwest, but for democracy. Those plans include what’s being dubbed a “national Semiquincentennial convention,” in which citizens and celebrities from all over the country will gather, in state delegations, to talk (or scream) about the political issues of the day. We’re imagining the largest, craziest CNN panel in world history. And hey, if that doesn’t sound like your kind of thing, at least we’ve got the MLB All-Star Game and the World Cup to look forward to that summer, too.

This story has been updated to include information about the proposed appropriations bill in the U.S. Senate.