We Need More Black Teachers. Here’s How to Make That Happen

Because Black teachers are critical for the success of Black students, we need to work even harder to recruit and retain them, says urban educator and writer Rann Miller, who followed his own alternate route to teaching. 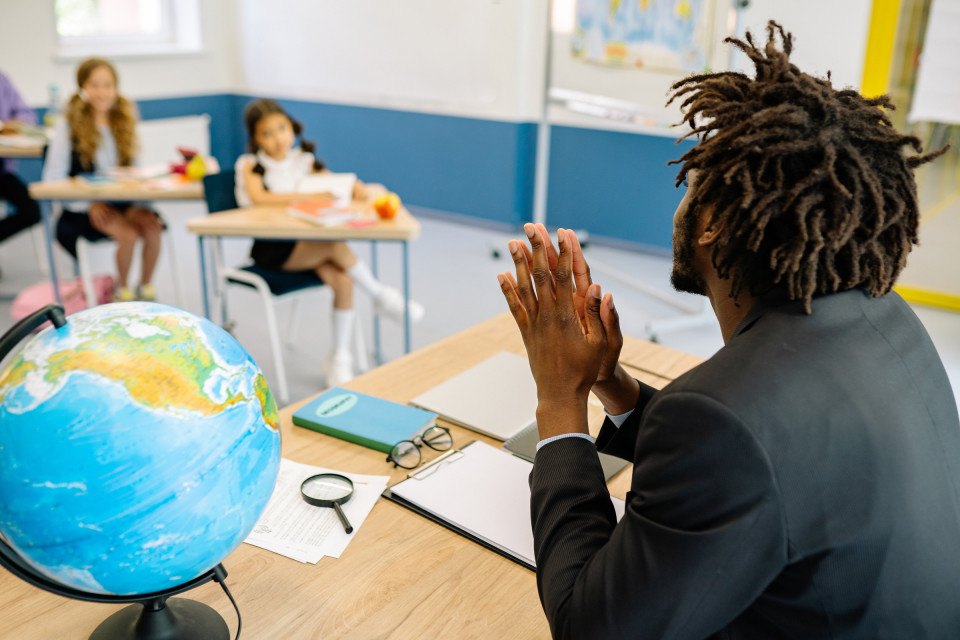 When I was a kid, I didn’t plan on becoming a teacher. In fact, teaching wasn’t considered an option. My plan was to become an attorney.

But a funny thing happened during my first year of law school: I realized I didn’t love it enough to commit to it. I left law school and pivoted to graduate school, where I earned my master’s. During my studies there, one of my professors — Gail Brooks, who remains a mentor of mine — said to me, “You’d be great as a teacher. We need more Black men in classrooms.”

To quote Charlie Wilson of the famous G.A.P. Band, she “dropped a bomb on me.”

I’d worked with K-12 students all through college in various jobs. I was still working with students once I graduated. Yet it never dawned on me to consider teaching as a profession. What I came to realize, though, is that unlike law school, I had enough passion for the commitment of teaching — and it is a commitment.

Since making the decision to become an educator 12 years ago through a non-traditional route, I haven’t looked back. It’s truly the best decision I’ve ever made professionally.

Right now, Pennsylvania is experiencing a shortage of teachers, as are other states throughout the country. Ten years ago, the Inquirer recently reported, the state certified 20,000 teachers; last year, it only certified 6,000. That’s a 70 percent drop. In addition, between December 1, 2021, and February 15, 2022, the number of Philadelphia teachers quitting their jobs increased 200 percent. Because of such numbers, much thought has gone into recruiting teachers and retaining them — specifically, Black teachers.

One strategy that school districts ought to consider, if they’re not already, is recruiting candidates with non-teacher backgrounds. This may be an especially effective strategy for recruiting Black teachers.

Some of the hardest faculty vacancies to fill, at least in my experience in education, are those for science and math teachers. Hiring Black teachers to fill those vacancies is a no-brainer. Yet a constant refrain amongst school-district folks is that they’re unsure where to find such teachers. That’s often because they’re looking for Black teachers in those areas, as opposed to thinking outside the box and recruiting non-education majors — in this case, STEM (science, technology, engineering and math) majors.

Twenty-five percent of Black graduates with STEM degrees come from HBCUs. Since the 1990s, 50 percent of Black doctors have come from HBCUs. Therefore, the alternative (a good alternative) to recruiting Black teacher candidates at HBCUs is to recruit STEM majors who may want to consider a second career impacting the lives of children utilizing their expertise (and culture).

Recruiters should also seek out Black professionals in various fields to find prospective teachers — from HBCUs and non-HBCUs alike.

People unfamiliar with teaching may think they need an education degree or teaching degree to teach. That’s not true. My undergraduate degree isn’t in teaching. But I was able to take part in a program that serves as an entryway into the teaching profession: an alternate-route program. These programs are designed to help individuals who already have college degrees achieve their teaching certification. According to the National Center for Education Statistics, 13 percent of U.S. teachers who enter the profession through an alternative route are Black, while only five percent who enter through a traditional route are.

Alternate-route programs are available for prospective teachers, but it’s up to district leaders to focus on recruiting Black teachers from among non-education majors and those within non-education fields. That a higher percentage of Black teachers than non-Black teachers enter classrooms via these programs is proof this is a strategy more school districts need to utilize.

It comes down to districts hiring non-traditional Black teachers.

All you need to be hired as a teacher is a certificate of eligibility, which you can earn by passing a teaching exam, obtaining a college degree, and paying a fee. Once you’re hired, the state department of education will automatically sign you up for its alternate-route program. But again, school-district leaders need to commit to recruiting and hiring Black professionals and recent grads with non-teaching degrees.

As an alum of the alternate route, I can attest that many of my peers were Black teachers and other teachers of color. That was encouraging to see, and it was a reminder that we are here, even if we enter in a non-traditional way. But we are here because someone believed in us enough to introduce us to teaching as a career.

In this moment, let’s believe in Black people enough to do the same.

Late with it… but ✊🏾 pic.twitter.com/DG3gvi1m6U

Rann Miller is director of anti-bias and DEI initiatives and a social studies teacher for a charter school district in New Jersey. A freelance writer, he founded Urban Education Mixtape, supporting urban educators and parents of students in urban schools, and is the author of Resistance Stories from Black History for Kids, coming in February 2023.