Doug Mastriano Isn’t a Principled Conservative or Right for Pennsylvania

Because some in our state GOP leadership have put self-preservation over principled conservatism, we're stuck with a conspiracy-theorist candidate. But by no means must we stick by Doug Mastriano. I'm a proud Republican. I'm backing Josh Shapiro. 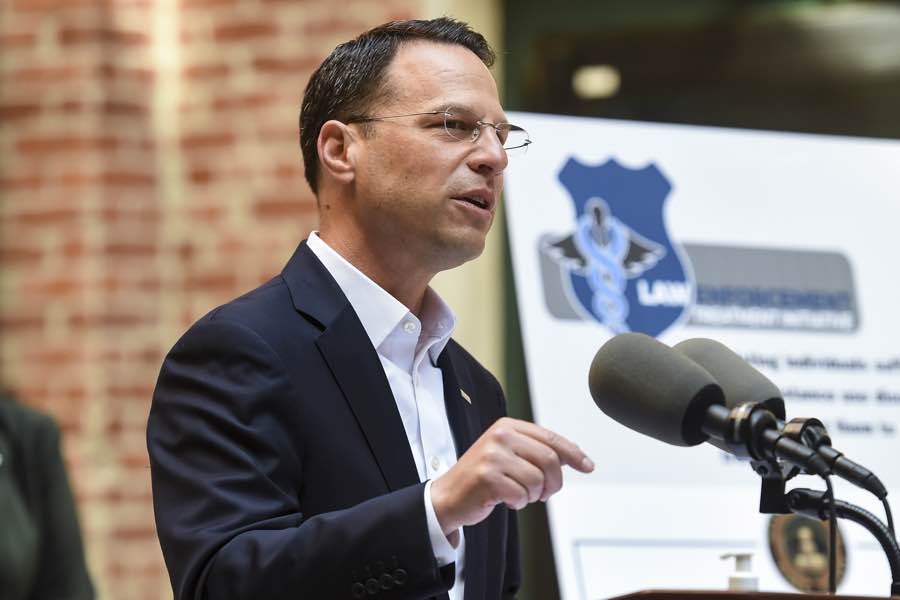 I’m a proud Republican who served in the Trump White House as senior associate counsel to the president, following a career helping conservative GOP politicians get elected and lead. That’s why I take such great exception to those irresponsible political figures who challenge others’ patriotism, conservatism or party loyalty while pushing anti-American rhetoric and conspiracy theories.

Even though Donald Trump, my former boss, endorsed Doug Mastriano for governor, Pennsylvanians would be unwise to support someone who threatens democracy the way the Republican gubernatorial nominee does.

Mastriano, who was at the January 6, 2021, riots in Washington, D.C., has been subpoenaed by and testified before — albeit briefly — the January 6th committee. He has promoted unsubstantiated QAnon conspiracy theories and continues to advance disproven claims of election fraud. He led the charge to overturn the 2020 election results in Pennsylvania, showing contempt for the very voters — both Republicans and Democrats — he hopes to lead.

I’m not alone in disdaining my party’s candidate. Last month, a number of GOP leaders across the Commonwealth announced their support for Democrat Josh Shapiro over Mastriano. Elsewhere, Arizona Republican governor Doug Ducey, the chairman of the Republican Governors Association, told CNN, when asked about Mastriano, that “the people of any state would be better served by a governor who believes in the people.”

Detractors who buy into Mastriano’s tactics will try to dismiss us as “RINOs.” For years, I’ve led from the front, advancing the confirmation of conservative judges while serving in the White House and pushing conservative judges and candidates across the finish line here in Pennsylvania.  As General Counsel to the Commonwealth under Governor Tom Corbett and as a White House lawyer under President Trump, I was on the front lines fighting regulations and deconstructing the administrative state. I will continue to do so with vigor. But don’t confuse being a conservative with being a seditionist. Because some in our state GOP leadership have put self-preservation over principled conservatism, we’re stuck with a conspiracy-theorist candidate. But by no means must we stick by him.

To do so would just continue to sap faith from the political process.

Historically, Republicans have engaged in vigorous debate and sought to make conservative arguments on their merits in an open and public forum. But Mastriano has spurned mainstream news, preferring to speak only to sympathetic pundits and via social media. You would think that with such control over content and message, Mastriano would have no problem defending his words. But he has deleted 14 videos from his Facebook account over the past three months.

He’s even stifled debate within his own party. Republicans are justifiably proud of their support of America’s strong military, but Mastriano, a retired Army colonel, accuses his opponents, including other Republicans, of “disdain[ing] veterans.” I thank Mastriano for his service to our country, but refusing to support his conspiracy theories or harmful and erroneous fraud claims doesn’t make me or anyone else anti-veteran. Rather, it makes us patriots.

I disagree with Josh Shapiro on many things. But Shapiro loves this Commonwealth and its people, has been an honorable public servant, and has a record that withstands scrutiny. His approaches to job growth, the economy and public safety make sense. He has demonstrated an ability to cut across party lines and took on Philadelphia’s extremist district attorney when the DA failed to act on the raging violent crime problem in the city. Shapiro called for, among other things, more cops on the streets and responsible bail practices that prevent dangerous criminals from being released into our neighborhoods. He’s tough on crime, bullish on jobs, and smart on the economy. I want our next generation to be optimistic about Pennsylvania’s future, and Shapiro gives me that hope.

Doug Mastriano and his rhetoric don’t represent GOP principles and only damage the conservative mission. He would be an absolute disaster for Pennsylvania. Let’s hope Republicans across the Commonwealth care enough about preserving democracy to prevent Mastriano from taking all of us down with him.

James D. Schultz is a Philadelphia lawyer. He served as the general counsel to Pennsylvania Gov. Tom Corbett from 2011 to 2014 and was senior associate counsel to the president in the Office of White House Counsel during the Trump administration.