Hell, we aren't even doing a Worst of Philly this year. But whatever. Call it special circumstances. 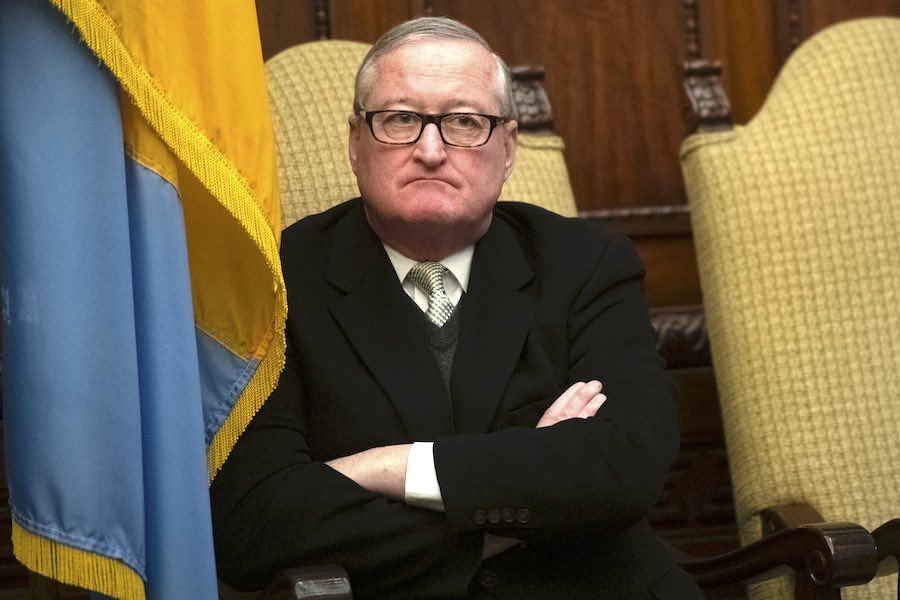 Our Best of Philly issue comes out in August, as it has every year since 1974. In a handful of those years, we’ve included a Worst of Philly list as part of the issue.

This year, we aren’t doing a Worst of Philly list in the mag, because, well, times are tough. Do we really need to complain about that place charging $20 for a shitty burger that it takes a waiter 50 minutes to bring us? Or the fucking Jawn Morgan billboard along the highway? (Okay, yeah, actually, stop the presses maybe, because Jawn Morgan should totally get a Worst of Philly for that travesty.) But Jim Kenney, the guy we elected to be our mayor not one but two times … he exemplifies what it is to be the Worst of Philly. And it must be said.

Alas, in the face of a, you know, shooting — and not just a shooting, but a shooting at the celebration of America’s birth in the place where it was born — Mayor Kenney, instead of doing any of those things, came out with a live-on-TV quote he might regret more than any in his career. I’m sure you’ve read about it already, but just in case:

“I’ll be happy when I’m not here,” Kenney told a TV reporter after two cops were shot at the July 4th festivities on the Ben Franklin Parkway. “When I’m not mayor and I can enjoy some stuff.”

A reporter, who was probably stunned at that remark coming so soon after what could easily have been a tragic event — a mass shooting, perhaps — double-checked that Kenney meant what he said: “You are looking forward to not being mayor?”

“Yeah, as a matter of fact,” Kenney said.

Now, we have to give Mayor Kenney some kind of trophy for being honest, but as fellow faltering Democrat Joe Biden would say: C’mon, man!

Naturally, conservatives have picked up on Kenney’s words and run with them, giving the right-wing squawkers on AM radio in Philly plenty to squawk about. (They’ve also been having a field day with his comments that night about gun control.) That’s to be expected. In their eyes, Kenney is the enemy, the anti-Christ, the symbol of all that’s wrong with our city. (Actually, they normally reserve those titles for Larry Krasner, but he gets a pass this week.)

But now, members of Kenney’s own party — granted, some of them purported mayoral hopefuls using the moment to soak up the spotlight — have come out against the man.

Let’s start with Councilmember Helen Gym, who had this to say:

I am horrified and outraged by last night’s shooting on the Parkway. Our prayers go out to the injured police officers and to a terrorized public who should never experience anything like this. Whether it’s in the daily life of neighborhoods, on the Parkway, at a university, or on South Street — every person deserves to live their lives free from fear.

Jim Kenney may be defeated, but this city won’t be. There are thousands of lives on the line in the remainder of his term and a generation of youth who are looking to us to be the cavalry that Harrisburg and Congress refuse to be. We must deliver, and we must act.

Last night, while thousands were celebrating the July 4th holiday on the Benjamin Franklin Parkway, we were once again reminded of the persistent threat of violence facing our city. In this moment of crisis, Philadelphians desperately needed a calm and commanding presence from their mayor. Instead, our mayor said out loud what many of us have long felt: He no longer wants this job. This, unfortunately, was yet another example highlighting the leadership void in Philadelphia. It’s unacceptable, and we deserve better.

Which brings us to Councilmember Derek Green, who is calling on Kenney to resign:

We are all exhausted by the level of gun violence in our city. However, our city needs someone now with the passion and vision to lead us forward. Resign.

We could go on, but what is it they say about a dead horse?

Kenney and his PR team have gone into full-blown damage-control mode, and he released a lengthy statement on Tuesday that included the following:

I’d also like to clarify some of the comments I made at the press briefing last night at Jefferson Hospital. In a late-night, overwhelming moment of frustration, I said I was looking forward to no longer being mayor. Let me be clear, I’m incredibly grateful to be mayor of this great city and for the people who elected me to lead.

And then, in the most ridiculous of ways, in the same statement in which he attempted to walk back his comments, he basically reiterated them, saying, “Being mayor comes with a lot of restless nights, so I am looking forward to a good night’s sleep.”

You should have left it at what you said on Monday night after the shooting, Mr. Mayor. At least then, we believed you. All we know is that January 2024 (when Kenney’s term officially ends) can’t come soon enough.