The Hustle Reviews Are In, and People Like It!

Things could have gone either way for the shot-in-Philly Adam Sandler flick. 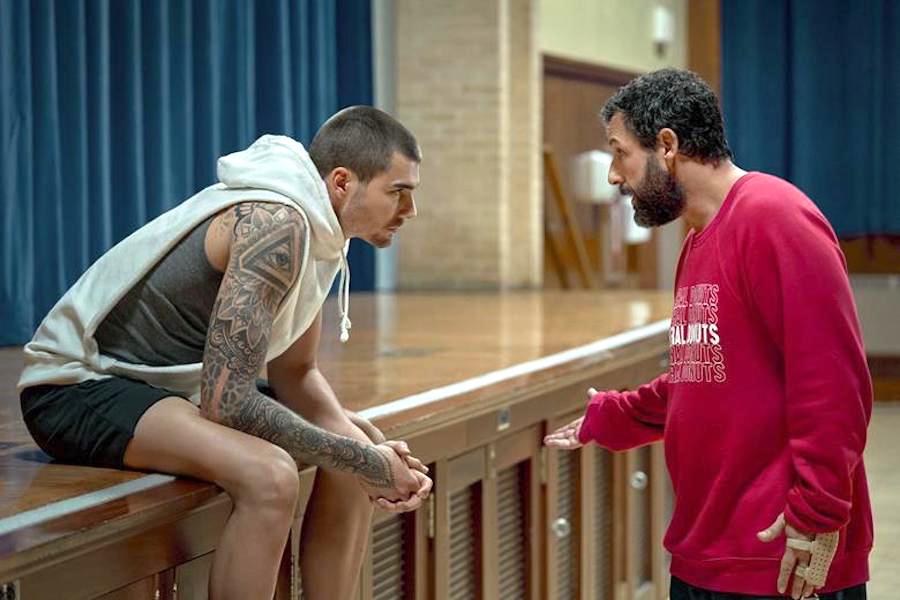 Adam Sandler and his co-star, who are both praised in the Hustle reviews / Photograph provided by Netflix

“It looks terrible.” That’s what a basketball-loving colleague told me after he saw the trailer for Hustle, the brand-new Adam Sandler basketball movie that was shot in Philadelphia. And, as I told Hustle director Jeremiah Zagar, a Philly native, I didn’t think I was going to like it either. But I did. And I’m not the only one. A look at Hustle reviews around the country show that a lot of people are enjoying this movie.

Los Angeles Times: In his Hustle review, film critic Justin Chang praises Sandler, who he says is in “fine form”, and also singles out Zagar for turning what could have been a flop into a winner that has been “sculpted with some care.”

Collider: The Los Angeles-based entertainment website declares that “Adam Sandler’s film of support and compassion rises above sports movie clichés.” The review concludes that “Hustle isn’t breaking the mold of what a sports film can be, but it is yet another reminder of Sandler’s gifts as a dramatic actor through an extremely charming and compelling story about a mentor trying to help another reach their potential.”

The Guardian: This Hustle review says that “Adam Sandler scores in rags to riches tale.” The writer even makes some comparisons to Oliver Stone’s football movie Any Given Sunday.

Variety: This critic loves Zagar’s “invigorating verve and skill.” As for Sandler, Variety says this: “Hustle is fiction, but it often feels like a true-life drama (thanks, in part, to the extraordinary roster of NBA players and associates who appear as themselves), and that dovetails with the new authenticity of Adam Sandler, who has learned to pour every bit of himself into a role.”

AV Club: “Sports-themed movies are at their best when they focus on the human-interest story at their core. Director Jeremiah Zagar’s Hustle scores points for doing just that efficiently and effortlessly, delivering a nimble, quick-footed feature about a basketball scout whose search for the perfect player yields personal dividends that outweigh the professional ones.”