A brand-new book on the fave founding father who stars in our April cover story (and Ken Burns's new PBS documentary) examines the heady competition he ignited between Philadelphia and Boston. May the best city win! 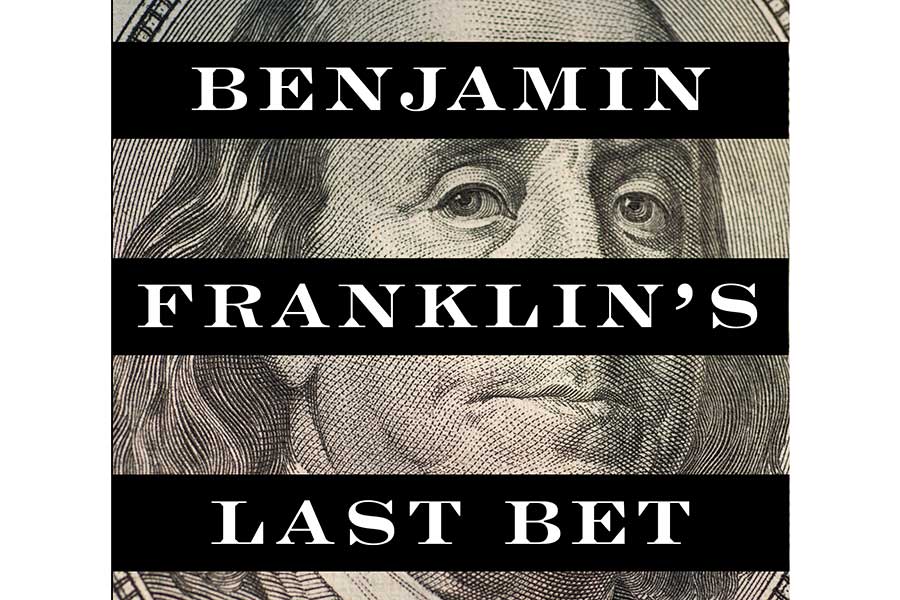 If our cover story on Ben Franklin whetted your historical appetite — and you enjoyed Ken Burns’s PBS documentary on the city’s fave founding father — we have another strong recommendation: a new book, out on April 12th: Benjamin Franklin’s Last Bet: The Founding Father’s Divisive Death, Enduring Afterlife, and Blueprint for American Prosperity, by University of Pittsburgh professor and author Michael Meyer. Ostensibly, the book concerns Ben’s unusual will, in which he left $2,000 each to the cities of Boston (where he was born) and Philadelphia (where he lived), to be lent out to tradesmen — married tradesmen, because they’d presumably be more stable — to establish businesses of their own. The tradesmen (and they would be men; no women need apply) would then repay the loans; the interest and principal would accrue over centuries and result in sizable windfalls for the two cities, with final payouts to each to come in 1991.

That may sound a bit daunting, and indeed, the latter part of the book relates in great detail how the legacy became a vicious competition between Franklin’s two cities, with various administrators of the trust vying to deploy its funds in ways that suited their public and private goals. But the book, which earned a starred review from Kirkus, also provides a glorious wealth of information on Franklin’s family life, work, dedication to the common man, and determination to see the great American experiment in which he was so intimately involved grow and thrive. His money bankrolled silversmiths, woodworkers, and all manner of craftsmen even as the Industrial Revolution made small businesses increasingly obsolete. And in Philly, his bequest continues to fund job-training programs through the Philadelphia Foundation and supports the Franklin Institute. Here are just a few of the fascinating insights into Ben’s life that Meyer’s book provides. 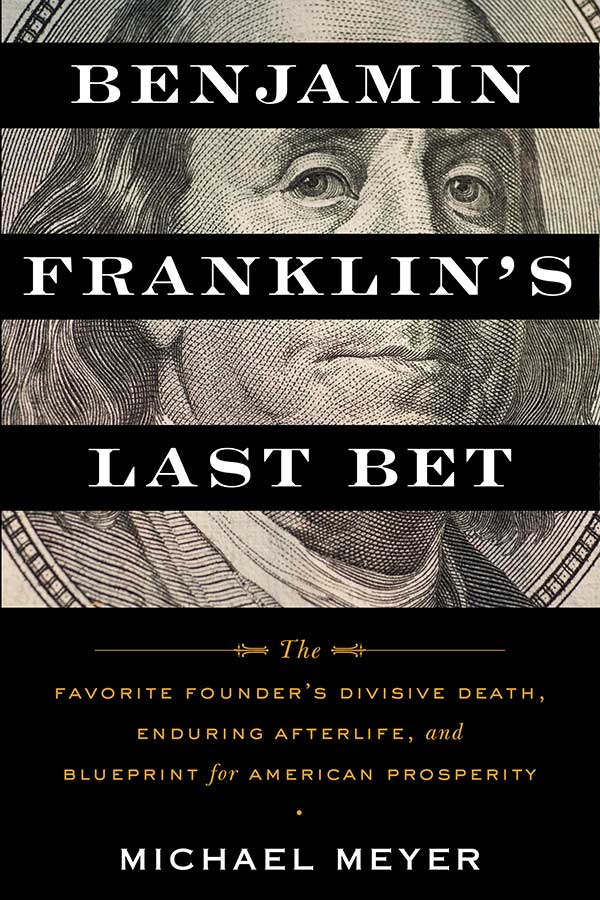 As his legacy shows, Ben was a champion of the common man and deathly allergic to snobbery, which could make life in staid Quaker Philadelphia difficult for him. He originally intended for the school he founded with other local leaders — the precursor to the University of Pennsylvania — to instruct students in a practical liberal arts curriculum rather than train them for the ministry. Alas, during his frequent journeys abroad, his intentions were thwarted:

Slowly but insidiously, as Franklin was away in London, the school’s leadership — blue bloods who counted themselves among “the principal Gentlemen of the Province” — set about to enroll the offspring of upper-crust Philadelphians. The academy would not, as Franklin had intended, serve as a great leveler, but rather erect a wall of snobbery, behind which the gatekeeping classicists promised to “promote and establish” privileged students in “Business, Offices, Marriage, or any other thing for their Advantage preferable to all other Persons whatever even of equal Merit.”

The ringleader of Ben’s curricular foes was his school co-founder, William Smith. The latter was a stalwart champion of the William Penn family, with whom Ben became increasingly disenchanted; he and Smith waged war against each other in letters to periodicals and enlisted friends to take sides in their disputes. In the end, Franklin would prevail; his memory is cherished — and hey, Ken Burns did a documentary on him! And Smith?

After the highest echelon of American political life exited the church, the reverend resumed his downward spiral. Smith became “a habitual drunkard,” a physician remembered, who, as he lay upon his deathbed, “never spoke upon any subject connected to religion or his future state. He descended to his grave without being lamented by a human creature. Not a drop of kindred blood attended his funeral.”

Ben doted on his daughter Sally despite his having spent much of her youth in Europe, away from his family. She grew up to be devoted to the Revolutionary cause and became his political hostess after her mother Deborah’s death in 1774. He didn’t initially approve of her choice of Philly businessman Richard Bache as her husband but came around in time. And he worried that she had spendthrift tendencies; Meyer writes of a portrait she had done of her:

Franklin might have noticed that in the painting she wears no jewelry. He might also have spotted the lace. From Paris, he had once scolded Sally for wasting money by ordering some of the fabric from France. “Your sending” for it, he wrote, “disgusted me as much as if you had put salt into my strawberries.” He suggested a more frugal means of acquiring the material: “If you wear your cambric ruffles as I do, and take care not to mend the holes, they will come in time to be lace.”

Ben left charge of collecting and publishing his writings posthumously to the illegitimate son, William Temple Franklin, of his own illegitimate son, William Franklin. Temple, as the grandson was known, proved not to be particularly conscientious in fulfilling his duties, and upon his death at age 63, in 1823, he left Ben’s papers to his wife, Hannah Collier. What happened next turns historians’ heads:

Collier packed them in crates, which moved with her back to her native England. In 1827, the Boston editor Jared Sparks, embarking on a project to tell the history of the United States using its protagonists’ own words, sailed to London to view Franklin’s in the original.

Collier said she no longer had the papers. Whether they had been lost or sold remains unclear. In 1831, a large cache of Franklin’s writings was at last discovered in the building where she had lodged on St. James’s Street. For years, a tailor had been cutting the pages into sleeve patterns.

Ben’s beliefs about God and the afterlife are, like those of all of us, ultimately private. He did, however, leave some clues:

In fact, in the month before he died, Franklin wrote to a Yale minister who asked if he had accepted Jesus: “I have some Doubts as to his Divinity,” Franklin replied, “tho’ it is a Question I do not dogmatise upon, having never studied it, and think it needless to busy myself with it now, when I expect soon an Opportunity of knowing the Truth with less Trouble.”

In 1890, on the centennial of Ben’s death, the Inquirer rather caustically remarked, “Benjamin Franklin had the best run of luck in being credited with pretty much everything which was done in his day that ever attended mortal man.” But it detailed one instance in which one of the civic institutions Ben founded anticipated one of the great debates of our own day:

The newspaper also reported that at the Pennsylvania Hospital’s annual meeting of contributors, attendees placed their hands on the uncovered cornerstone set by the man who had identified himself in its records as “Benjamin Franklin, clerk.” His modesty belied his belief that quality health care should be made available to all citizens, regardless of income. In 1889 alone, the hospital had treated 8,000 patients, plus 25,000 more at home and in affiliated clinics — all free of charge.