Bye-Bye, Ben: We Hardly Knew You. But We Knew We Didn’t Like You.

Ben Simmons has been traded to the Nets for James Harden. Rejoice! 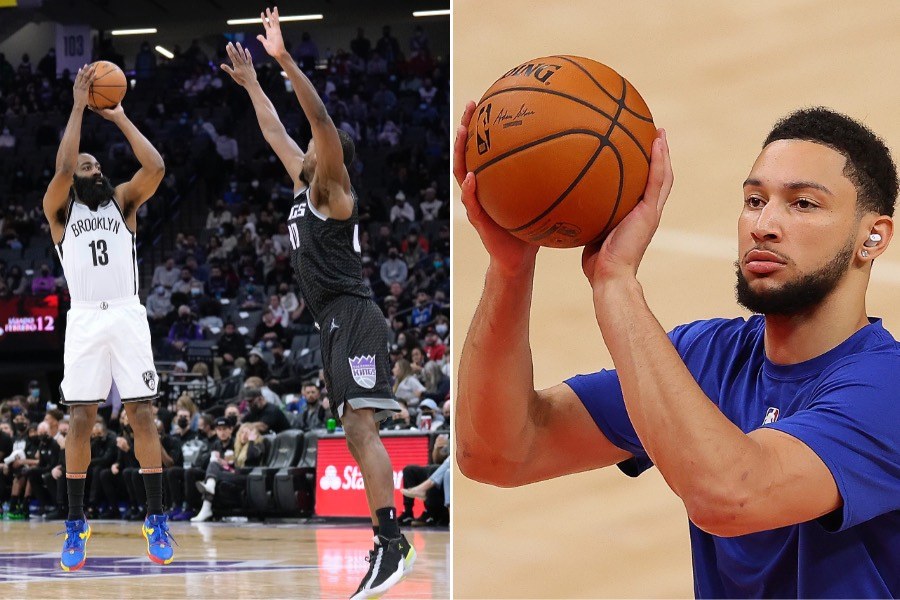 We repeat: The Philadelphia 76ers have traded Ben Simmons to the Brooklyn Nets for James Harden.

Good God. It’s hard to believe this really happened. Do the specifics of the trade even matter? (Probably, they do. So: The aforementioned Adrian Wojnarowski of ESPN reports that the Sixers also tossed in Seth Curry, Andre Drummond, and first-round picks in 2022 and 2027, while the Nets presented us with Paul Millsap.) It sure doesn’t feel that way right now. Ben Simmons is gone! James Harden is reunited with his former Houston Rockets general manager, Daryl Morey. When’s the parade down Broad Street?

There will be no shortage of analysis about how this win-now trade shakes out for the Sixers. (Stephen A. Smith is already saying it could “potentially” go down as the worst day in Morey’s career. True! Just like I could potentially drop dead right after publishing this blog post!) There are certainly lots of open questions: Has Simmons miraculously learned to shoot while sneakily working out at the Sixers’s practice facility during the team’s games? Will Harden return to All-NBA form now that he’s on a new team? Can Joel Embiid and Harden coexist? (No, yes, and we sure hope so.) The Sixers didn’t have to give up rising star Tyrese Maxey or defensive artist Matisse Thybulle. They’re now — not potentially, but certainly — bona fide championship contenders. Meanwhile, the player with the NBA’s best beard is about to reside in a city renowned for its beards. Talk about synergy.

Still, before we dwell too much on analysis, it’s worth pausing to reflect on this drawn-out end to one of the stranger sagas in recent Philly sports history. How did we wind up here? Oh, right — Simmons deciding not to dunk in the fourth quarter of a Game 7. Embiid throwing him under the bus (not unjustifiably!) in post-game interviews. Simmons refusing to play for his team, citing mental health issues. (He figures to play for the Nets more or less immediately.) Embiid is now the final first-round draft pick standing from the years-long Process tankathon. Fortunately, he’s also the odds-on favorite for MVP this season.

Speaking of Embiid, the big fella seemed happy about the trade, tweeting a photo that, for those non-conversant in memes, basically implied this was Ben Simmons’s funeral, and the Big Troel was happily attending.

Can you blame him? Simmons leaves the Sixers as one of the most reviled athletes in recent Philadelphia history. (Oh, we haven’t forgotten about you, Carson Wentz. Though you no doubt wish we would.) And while he probably would prefer otherwise, Simmons will have to show his face here soon: The Sixers play the Nets at home on March 10th. If you thought LeBron’s return to Cleveland was bad …

But enough about all that. We’ll leave it at this for now: Daryl Morey shot his shot … because Ben Simmons didn’t. 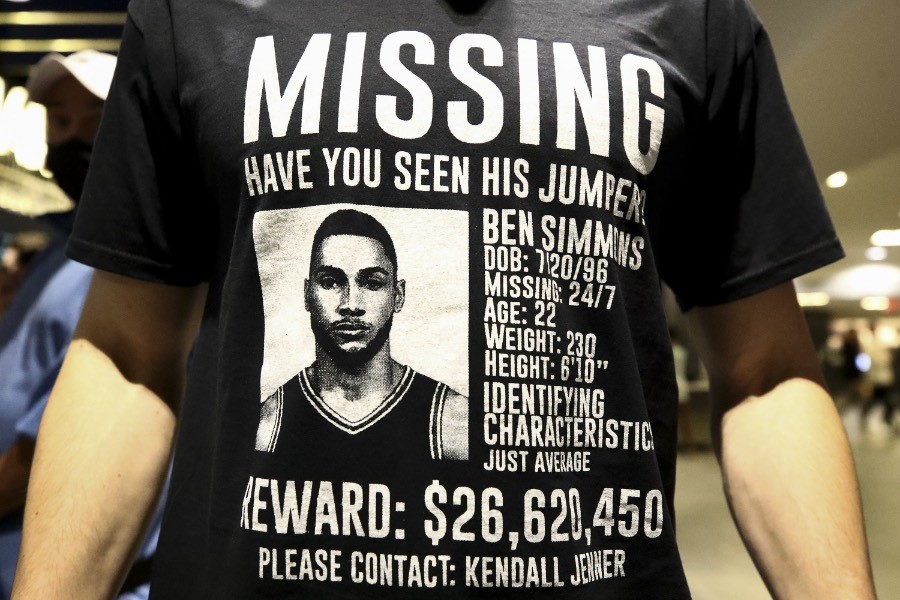 Thanks for the memories, Ben, even though they weren’t so great. (Photo by Tim Nwachukwu/Getty Images)