The actor and father of two takes us through his journey from West Oak Lane to Hamilton to The Many Saints of Newark. 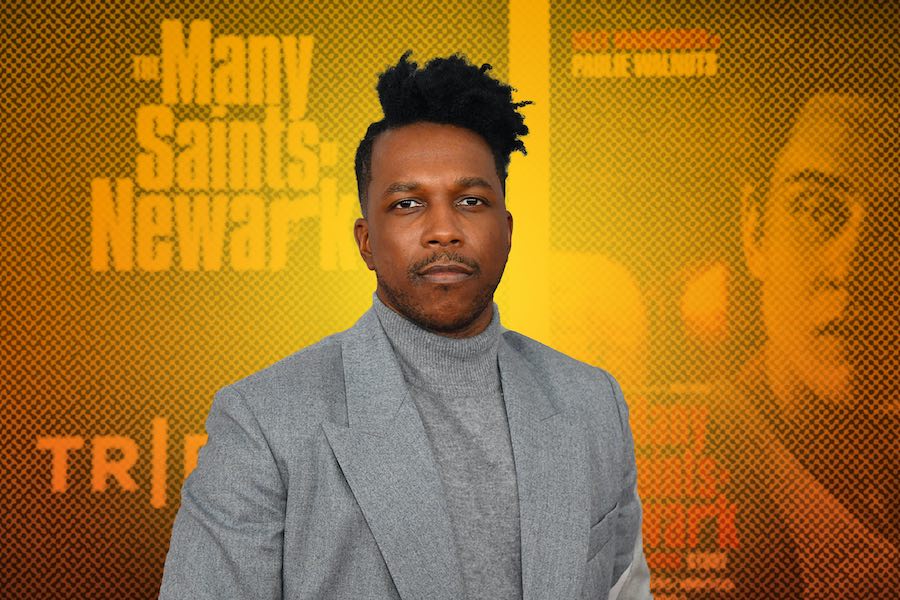 My full name is … Leslie Lloyd Odom Jr. My grandmother came up to New York from the South and was a maid for a family in Brooklyn. One day, she was on the beach in New York and heard a mother call out to one of her children whose name was Leslie, so she named her son after this little boy. And I’m Leslie Jr.

I’m doing this interview from … Serbia, where I’m filming a sequel to Knives Out.

I was born in … Queens. Came to Philly in the early ’80s, grew up in West Oak Lane, and graduated from CAPA. Then I left to go to college at Carnegie Mellon in Pittsburgh.

The first concert I went to was … when Kelly Costello, who’d been a classmate of mine at Masterman, took me to see the Smashing Pumpkins, with Garbage opening up for them, in 1996, at the Spectrum.

I got my big break … when I joined the Broadway company of Rent. I was 17. I got a check every Thursday and it was the first time that I got a glimpse of what life might be like as a professional actor. I realized you don’t have to be a starving artist. That if you were lucky and had some talent and training, you could make good use of yourself and maybe even provide a life for yourself. And it wasn’t until I was 34 that I began my Hamilton journey.

My wife is always telling me … that I should get my shit together.

The last TV show I binged was … I May Destroy You, with Michaela Coel on HBO. It’s fucking fantastic. Michaela is a brilliant artist from across the Atlantic. The show is a unique and honest look at sex and sexuality.

My role in The Many Saints of Newark is … Harold, somebody who works for “the family” — somebody who makes his living in illegal ways, let’s say. There is no Harold in the Sopranos series. He’s an expansion on the lore.

One question I wish reporters would stop asking me is … for the synopsis of the projects that I do. The Many Saints of Newark is a David Chase story. You say the wrong thing, and David Chase will show up to your house with baseball bats. [Laughs]. I’m so proud to be a part of this film and the legacy of the series.

I discovered my love for acting … at Freedom Theatre, one of the oldest Black theaters around. They had a painful last decade or so, and it doesn’t really exist in the way it used to.

Being a Black actor … has definitely changed since I first came onto the scene. Shonda Rhimes. Donald Glover. Issa Rae. Black creative talent and Black content have risen in power.

My secret junk-food obsession is … those puffy cheese balls in the giant plastic tub. I can get to the bottom of that tub more quickly than I probably should.

The last time I was in Philly was … when I took my daughter Lucille to see my parents when she was two. It drives my wife crazy. A solo dad traveling with a cute little girl — man, they roll out the red carpet everywhere you go. Lucille was a star everywhere we went.

If you’re coming to my house for dinner, I’ll probably cook you … orange chicken. During the pandemic, we didn’t eat out for months, and I like to eat good food. It’s not my wife’s passion. So I learned to cook good food myself, and I make an amazing orange chicken.

I’m a collector of … sunglasses. Embarrassingly, I have more than Colman Domingo has. And I invariably break them.

One movie I can watch again and again is … The Godfather.

If I weren’t an actor, I would probably be … a DJ. A world-renowned DJ.

When I was a kid, I wanted to grow up to be … everything. Doctor. Lawyer. Fireman. Policeman. Singer. Writer. Teacher. And I have to give my parents credit: They didn’t burst my bubble. They let me believe I could be all of those things, and on some level, I think I grew up to do just that.

A version of this interview was published as “One of Us: Leslie Odom Jr.” in the October 2021 issue of Philadelphia magazine.