Zola Star Colman Domingo Talks Cooking, Coming Out, and Going to High School With Will Smith

The Overbrook High School grad will soon appear in Jordan Peele’s Candyman, the second season of Euphoria, and the seventh season of Fear the Walking Dead. 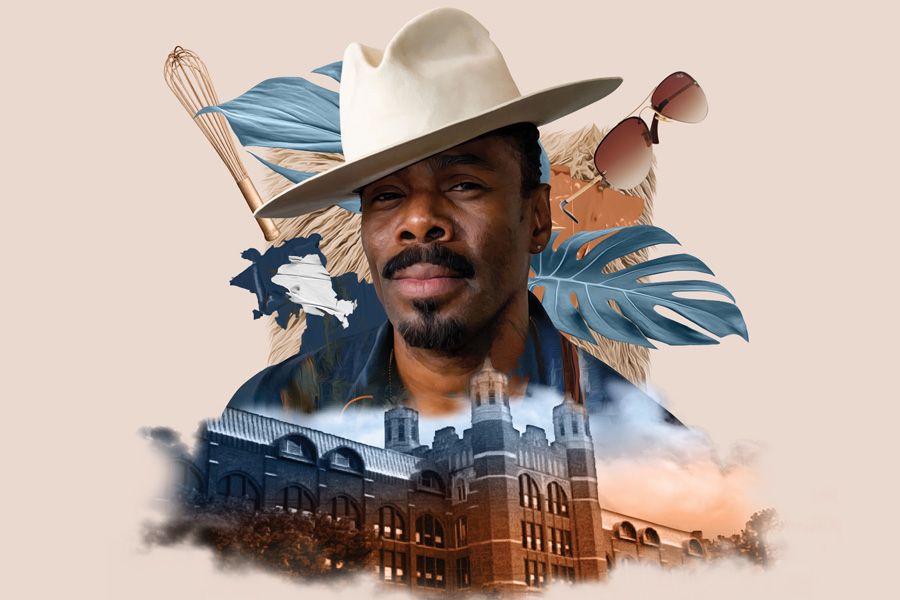 My full name is … Colman Jason Domingo. There’s no “e” in Colman. I have to tell you that because it always winds up in there. The Jason comes from a character my mother really loved on a soap opera.

I grew up in … West Philly, near 52nd and Chancellor. These days, I’m in Los Angeles County.

I discovered my love for acting … when I was studying journalism at Temple. I took an acting class as an elective because I was painfully shy and my mom suggested it might help me get outside of myself.

My big break was … the 2007 production of Passing Strange, a little Broadway musical that became a huge success. It paved the way for the Hamiltons of the world.

I met my husband … outside a Walgreens. Well, that’s where we first saw each other. Then he placed a Missed Connections ad on Craigslist, I saw it, and we met. I told him I loved him that night, and we’ve been together ever since.

People are always surprised to learn that I was … in the circus. I juggled on five-foot-tall stilts and did aerial work, all while I was an evil salamander monster.

My upcoming role in Zola is … as a dastardly pimp named X. Zola is a roller-coaster ride, a road trip to hell.

If I weren’t an actor, I would probably be … a chef. I can cook like nobody’s business, whether you want Venetian, Japanese, Thai or French food.

If you looked at my yearbook at Overbrook High, you would see I was … a huge nerd with thick glasses, and that Will Smith was one grade apart from me. We had gym class together. He was popular. I was definitely not.

My first car was … a 1983 Chevrolet Chevette. Red. These days, I drive a Land Rover Defender — as of two days ago. I just bought it.

When I’m in the car, I’m usually listening to … Aretha or Dionne or classic Whitney.

I came out to my family … when I was 21. First to my brother. He took me to a Philly strip club, as a big brother is supposed to do. I told him I was gay, and he hugged me, and he, who is beyond macho, said he loved me.

One thing I own absolutely too much of is … sunglasses. I have at least 30 pairs but only one head.

My favorite movie genre is … noir. I love a good black-and-white noir. Haunting.

One movie genre I don’t love so much is … testosterone-fueled action movies.

A role I’d love to play in a big Holly­wood remake is … Jimmy Stewart’s in It’s a Wonderful Life.

My biggest phobia is … raccoons!

Other than Zola, my up-coming projects include … The God Committee, co-starring with Kelsey Grammer and Julia Stiles. Jordan Peele’s Candyman. The seventh season of Fear the Walking Dead. And the second season of Euphoria.

My advice to any young person who wants to be an actor is … bet on yourself.

Published as “One of Us: Colman Domingo” in the June 2021 issue of Philadelphia magazine.