It's just one issue the union is raising as it seeks to win higher wages and paid parental leave as part of its first contract with the station. 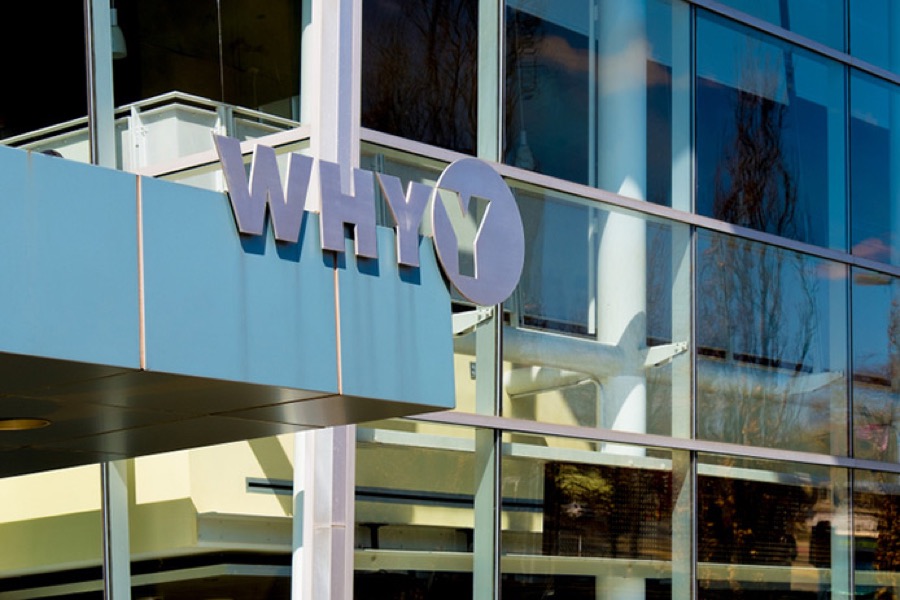 The WHYY Union is embroiled in an increasingly tense contract negotiation with station management. Photo by Jeff Fusco

One of the natural laws in Philadelphia seems to be that WHYY CEO Bill Marrazzo’s salary becomes a talking point at least once a decade. In 2007, an anonymous group of WHYY staffers called on Marrazzo (salary then: $430,786) to resign over, among other things, the pay disparity between him and everyone else. In 2017, Philly Mag covered Marrazzo (salary: $842,832) and his $139,000 pay bump from the year before. And now, Marrazzo (salary: $740,009, down from that 2017 figure because he cashed in on some early retirement benefits that year) is back in the news again, this time thanks to the WHYY Union, which last week launched a scathing Twitter thread critiquing pay disparity across the workplace — the latest escalation of contract negotiations that have gone on for 18 months now without significant progress on the compensation front.

In its thread, the union, which voted to join SAG-AFTRA in October 2019 by a margin of 70 to one, pointed out a number of claims that were all but guaranteed to generate outrage on its behalf (these are journalists, after all; they know how to tell a compelling story): Marrazzo and six vice presidents at the station together make a combined $2 million in salary, bonuses and other benefits, while the lowest-paid full-time member of the union makes a base salary of just $40,000; the latest offer from management proposed a minimum salary floor of just $44,000; and, according to the union, management suggested layoffs might be in order if the station raises wages beyond what’s been offered. (Reached for comment, station spokesperson Art Ellis said, “We’re continuing to negotiate in good faith with the union, and we would very much like to come to a mutually acceptable agreement in the near future.”)

The latest offensive represents something of a shift for the union, which represents reporters, producers, on-air talent, and communications staff. Many of the longtime staffers at WHYY feel a call to public service and have a deep appreciation for the station — and maybe even share an internalized belief that public-radio employees should earn less than their peers at for-profits. The newer employees — of the 76-member bargaining unit, less than half have worked at the station more than five years — don’t necessarily share that view. But a union is built on consensus, and until now, at least in public, this one had opted not to blast WHYY management.

But as the union bargains for better wages and a paid parental-leave policy (currently, there is none), even the less combative members are starting to come around. According to the union, the station’s first wage proposal didn’t include any salary floors at all; the latest proposal includes minimums, but at a level that would barely constitute an increase for many employees, some of whom have publicly shared that they’ve worked more than a decade at the station without any raises beyond cost-of-living increases. “We can’t return to the guy who’s making $40,000 and say we couldn’t even get you up to $48,000 to be even kind of in range with peers,” says a union member who asked not to be named for fear of retribution at work. “That’s not what we set out to do.”

The latest proposal, the union source says, seems to have been “deliberately designed to enshrine” the status quo of low wages. Management’s proposed minimum salary of $52,000 for reporters, for instance, is beneath what the union has calculated as the station’s median reporter salary of $53,000 and is just $2,000 above the lowest reporter’s salary of $50,000. Employees would be eligible for a scheduled raise after four years, though many station employees don’t stick around that long — 16 of the 23 reporters and six of the seven communications staffers, for instance, have fewer than five years’ service. Many of its members, the union says, don’t stand to see any salary increase at all from the proposal —  a problem when one of the fundamental complaints is of low wages, which in turn breeds high turnover. Since March 2020, 14 employees have left the station, all but one of them in the newsroom.

The issue of executive compensation provides a jarring counterpoint. In its IRS filings, WHYY notes that Marrazzo’s high-six-figure salary is determined based on what’s competitive “with other regional for- and not-for-profits of similar size and complexity.” When WHYY staffers ask for raises, though, they say they’re often told that making less money is part of what it means to work at a nonprofit. “It’s a split system,” the union member says. “The CEO sets salary based on what private-sector peers make, but when it comes to us, it’s, ‘We can’t do that, we can’t afford it.’”

And then there’s the issue of threatening layoffs. Ellis, the WHYY spokesperson, says the station did quite the opposite and in fact pledged not to make them. He shared the text of a letter to union members that read in part, “As we’ve watched other union negotiations around the country, we’ve seen settlements that have led to layoffs. We want you to know that we will not do that — we want to reach a settlement that all can live with without reducing the workforce to pay for it.” But according to the union, the reading of that letter was followed by management specifically bringing up what happened at WBUR Boston, where the station — backed by Boston University’s $2 billion endowment, WHYY management allegedly emphasized — completed negotiating its first contract yet still had to lay off 10 percent of the staff in July.

“Correlating layoffs at WBUR with the union contract is outrageous and a blatant scare tactic on behalf of management,” a WHYY Union spokesperson wrote in a statement. “The shows that were ending and reduction in staff had been planned for a while and would have happened with or without the union contract. Our unit members interpreted the reference as a thinly veiled threat that if we ask for more than they are willing to give, it will come at the cost of layoffs.” In response, Ellis re-emphasized the text of the earlier letter and said, “We’re absolutely not threatening layoffs, and I don’t exactly understand why the union is taking these words and turning it into a threat.”

Protracted battles during contract negotiations are nothing new. But from the outside, one gets the sense that WHYY may be entering a new phase: If an indignant tweet thread is one kind of ammunition, there are still heavier options on the table, including the threat of a strike. The New Yorker union, which formed in 2018 and was unable to negotiate an acceptable deal with Conde Nast management in the years that followed, provides a recent test case. First, the union began gathering high-profile support, including from the likes of Bernie Sanders and Alexandria Ocasio-Cortez. In June, it publicly announced a plan to strike. To the surprise of no one, management shortly responded with a better deal, and a work stoppage was averted.

The WHYY Union has already been gathering political support. A group of state Senators has sent a public letter to Marrazzo expressing dismay at the “disappointing response to the employees’ requests for fair wages and benefits.” As for potential next steps, the union currently has no public plans to follow the New Yorker union’s lead and threaten a strike, but it isn’t ruling any options out, either.

This story has been updated to correct the description of the lowest-paid WHYY Union employee at the station.