Some have finally received their “redefined” air conditioner. But most are still waiting, even though you can buy a version of the unit online with two-day delivery. 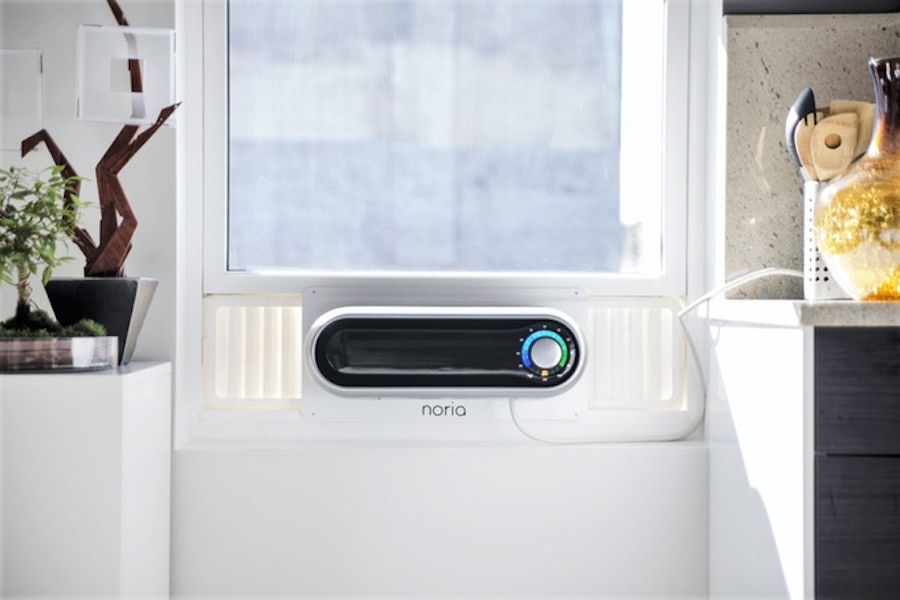 Relative to the rest of the window air conditioners on the market in 2016, the Noria air conditioner design was slim, sleek and not of a back-breaking weight. Swanson promised the Noria would be quiet and easy to install. And you’d be able to control your Noria with a smart phone.

“We’re glad to see someone improving on a technology that’s been essentially the same since 1947,” wrote New York Magazine, one of the many media outlets that picked up on the Kickstarter campaign.

Swanson’s pitch worked. Over a 45-day timespan in early 2016, Swanson crowdfunded about $1.5 million from 3,715 backers, making it — to this day — the largest Kickstarter campaign ever in Philadelphia. Swanson also raised another $800,000 or so on Indiegogo. The earliest backers paid as little as $249 per unit.

The backers were originally told to expect their units around March 2017. Instead, March 2017 came and went. Then the long, hot summer of 2017. Then 2018, the year Swanson changed the name of his still-unrealized invention to the Kapsul air conditioner thanks to a legal dispute over the name Noria. Then 2019. And, yes, 2020.

“I know that people are disappointed, I totally get it,” Swanson told us in 2017 after the first deadline had passed and backers were beginning to grumble. Swanson largely blamed the delays on manufacturing issues in China.

Since then, there have been many, many explanations and excuses — and, at times, a deafening lack of communication between the company and its backers. The comments section of the Kickstarter page, where only backers are able to comment, reflects their anger and frustration. Witness terms like “fraud” and “scam” being thrown around, as well as confusion over why they can’t just get a refund. (The office of Pennsylvania attorney general Josh Shapiro confirms that some backers have filed formal complaints with the state, but declined to comment further on the matter.)

But according to Kapsul chief operating officer Chris Myers, who does the talking these days instead of Swanson, things are changing for the better. According to Myers, the company recently shipped more than 200 Kapsul air conditioners to some of the original backers, starting with the campaign’s earliest supporters. But that’s not 200 backers. That’s 200 units, with some backers getting multiple air conditioners.

“As you might imagine, a number of very early backers were also enthusiastic and pledged for two to three Kapsuls,” says Myers.

Myers claims that Kapsul will ship at least 500 more air conditioners by the end of the summer. He points to increased tariffs on goods imported from China as well as the “global supply chain meltdown” brought on by COVID as the more recent factors in the company’s inability to deliver the air conditioners to backers in anything resembling a timely manner.

But if Kapsul is unable to satisfy its backers who made the whole thing possible in the first place, then why can anybody go to the Kapsul website right this very second and buy a brand new Kapsul air conditioner with two-day shipping for a whopping $800? That’s what some of the backers we spoke with recently wanted to know.

It all comes down to basic economics, argues Myers. Thanks to all of the aforementioned factors, Myers says every air conditioner Kapsul sends out to a backer is actually costing the company $110 above the average per-unit pledged amount of $300. So the company is relying on selling these $800 units to cover the costs they incur on fulfilling the $300 backer orders.

“The erosion of all margin out of the product … means that we bear all of these costs,” Myers explains. “This largely explains why we can’t afford to fulfill all the backers first and at once. We can’t afford to because we go out of pocket above and beyond the amount that backers pledged to ship their [air conditioners] due largely to circumstances beyond our control.”

Similarly, Kapsul can’t just refund more than $2 million in crowdfunding and stay afloat. That money was spent. Long ago.

So are the Kapsul air conditioners any good? We reached out to dozens of backers of the original Noria air conditioner Kickstarter campaign to find out. Alas, we could only get in touch with two backers who actually received their air conditioners. But both said they long ago found other options — after all, when you need an air conditioner, you’re not waiting five years for it — and had no intention of using the Kapsuls (the units were either given away or were stored where many unused appliances go, in the owner’s garage).

“The product is amazing,” Myers promises Philly Mag. “But the world isn’t done throwing us curveballs. We, however, are very patient at bat.”

Did he actually just use the word patient? Ah, the irony.