The 30-year-old art student won the award for his images, published in the New Yorker, of the George Floyd protests in Philadelphia. He tells us what it was like at the protests and why he thinks his photos rose to the top. 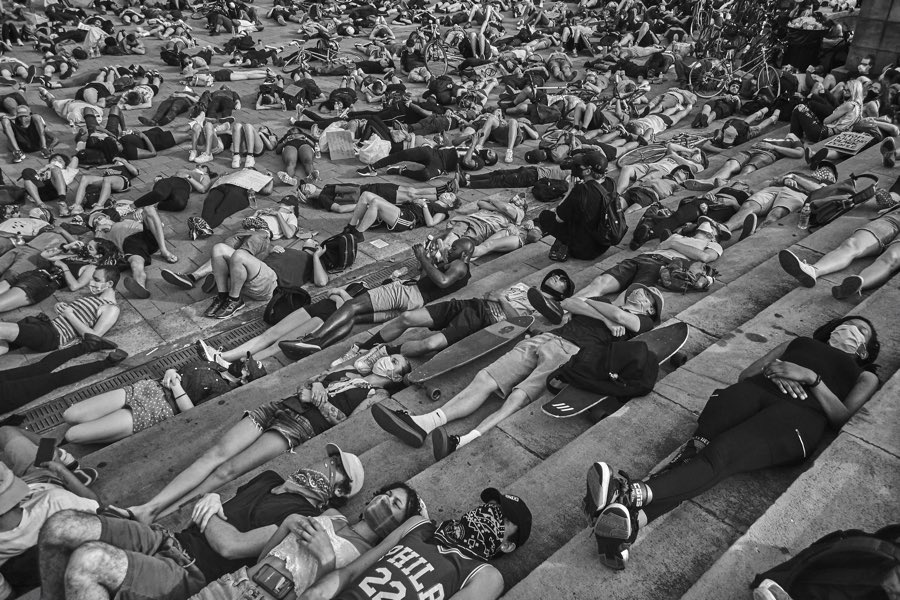 Isaac Scott’s photographs of the George Floyd protests ended up in the New Yorker, then won the prestigious National Magazine Award for best photography. Photo courtesy of Isaac Scott.

Some of the most famous photographs in American history were taken at protests: Birmingham police unleashing dogs and firehoses on protesters during the civil rights movement; an activist standing before a phalanx of police in Baton Rouge in 2016. Isaac Scott, a 30-year-old master’s student at Temple’s Tyler School of Art and Architecture, didn’t set out to add to that lineage; he’s a ceramicist by trade. But when the pandemic began, his pottery studio closed, so he picked up a camera. Then George Floyd was murdered, and protests erupted across the country, including in Philadelphia. Scott was there, often at the front of the line, pushed up against police, snapping photos. He was tear-gassed twice.

Through Instagram, his photographs caught the attention of a New Yorker editor. The next thing Scott knew, the magazine published a spread of his images in its June 22nd issue, titled “Whose Streets?” In May, the American Society of Magazine Editors, whose annual awards are the most prestigious in magazine journalism, nominated Scott’s work in the category of Feature Photography, given out to the best photographs to appear in any magazine article. Last week, Scott found out he won. He can still hardly believe it. “I was telling my siblings, ‘Yo, I’m not even a photographer, and I’m an award-winning photographer,’” he says.

We caught up with Scott to talk about his photographs and the experience of documenting the protests last summer. 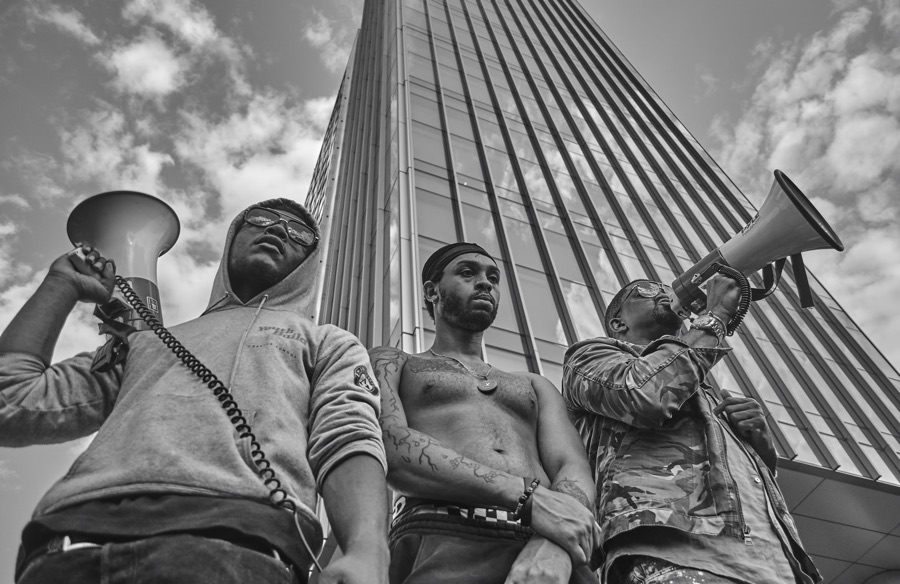 This was your first time photographing a mass protest event. Without any past experience, how did you decide to approach that environment?

I wanted to be at the front, where the action was. I was just thinking a lot about what I wanted to take back from this event — what would be important for people to see in the future. I’m very much just reacting in the moment. I take a ton of photos. Especially that first week, I’d take like 1,000 photos in one day — and then I’d just be sifting through them until I found the ones that I thought most captured the energy in the moment.

Did you encounter other official press photographers, or had you sought out a vantage point that was different from others who might have been there quote-unquote officially?

Yes and no. I was photographing side by side with a lot of these guys all summer. So it does feel kind of crazy and weird that my photos got picked out to get this award and be in the New Yorker, because, you know, there’s so many people out there. I’m not exactly sure what separated my photos from the fray.

If you had to suggest a reason why, what do you think it would be?

I definitely put myself in a lot of crazy positions to take photos. And I know, like, some basic ideas — mise-en-scène, how different camera angles make people look different. So that helped me feel like I captured the energy. I was definitely getting really close to people; I wasn’t standing on the sidelines. 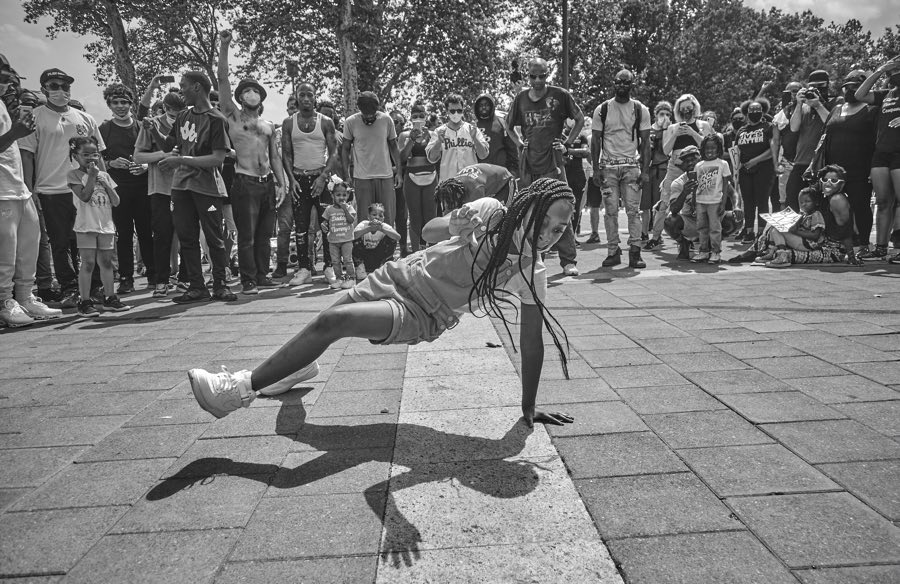 As an independent photographer, you might have had more editorial leeway and point of view in your photos. Most obvious would be the decision to have your photos in black-and-white.

The black-and-white thing really started off as a practical decision. I had so many photos. And I’d come home, I’d edit all these photos, and then I’d go back out the next day. I needed a way to edit through a ton of photos very quickly, and the best way to do that, for me, was in black-and-white. What makes a photo interesting or powerful is that you’re controlling what the viewer’s eye is focused on. I feel like it’s a lot easier to direct the eye when you’re editing in black-and-white. With color, things get very busy.

In terms of what you wanted people’s eyes trained on, the majority of the photos that ultimately ran in the New Yorker aren’t of police, but of protesters. Even in your shot of police tear-gassing people, the cops aren’t the focus. What felt most important to you to highlight? 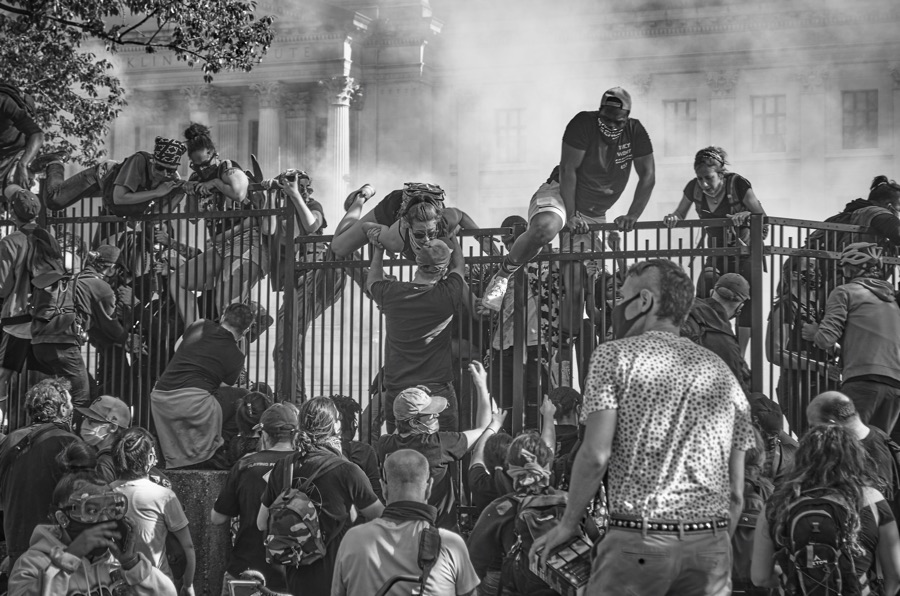 In the traditional media, if you’re covering a protest, you’re not participating in it; you’re simply there to document. I’m curious if you saw any reason to follow that practice. Or if you didn’t, was it maybe an advantage not to?

I was definitely a protester. After doing it for, like, a week or two, I was like, “Okay, this is like my role in the protests. I can make sure these voices get amplified.” One of the things people like to say is that this is a movement, not a moment. So I really wanted to make sure I’m capturing these moments, but doing so in a way that brings them into the future, where people are gonna be able to appreciate what happened there. Doing that extends the energy past last summer.

It does feel as if your photos are quite clearly from the point of view of the protester, whereas a news organization might be more concerned with trying to capture a bunch of different perspectives — the totality of things.

Absolutely. I look at the organizers like superheroes. These are people who’ve been working for social justice and Black rights before George Floyd was murdered. After George Floyd was murdered, these people stepped into that role, because that’s who they are. I wanted them to look like superheroes. I wanted to show the passion that they had. But then also, the people who are participating in the protests — I wanted to show the humanity. On the news, it’s easy to be like, “Oh, defund the police, that’s crazy, blah blah blah.” But I think when things are distilled down to, you know, people are in pain, they’re suffering and angry and they don’t want to be treated like this anymore, I think you can feel that on a human level, and it’s much easier to understand what happened last summer. 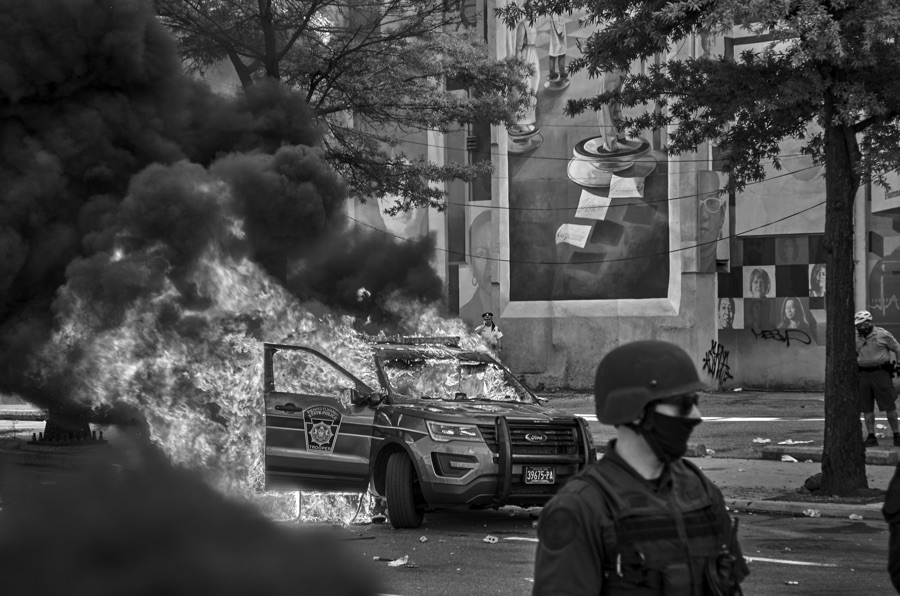 Oh yeah, I was definitely afraid. And I 100 percent was not looking to get arrested or get my ass kicked by the police, which I saw happen many times. I wasn’t really looking to fight the police or do anything like that. Part of the reason I was taking photos is that I wanted to document the protest and what was happening, but I also wanted to document the terrible things the police would be doing. Every protest I went to, there were police out there with cameras. They’re sitting out there with a video camera and a photography camera, and they film everybody and everything that happens. There’s some hard drive or file cabinet just filled with pictures of me at all these protests. So, you know, who’s photographing the police when they’re out there tear-gassing and macing and shooting people with rubber bullets?

You’re turning the lens back on them.

Yeah. A camera can be a tool in the movement as well.

How exactly did the photos end up in the New Yorker?

It was kind of crazy. A friend of one of the editors at the New Yorker tagged him in one of my photos, and then [that editor] sent that post to another editor. And she DMed me, like, that morning. It was, like, a Wednesday. And then the issue was printed the following Monday. So they were, like, right in the middle of finishing that edition. We worked for the next three days to put that together. And then [New Yorker editor-in-chief] David Remnick interviewed me for the piece that he wrote. It all happened so fast. I was just going out there, taking pictures of stuff. And then one morning, I wake up, I’m like, “Holy crap.” A week later, I was in the New Yorker. It still doesn’t feel real sometimes.

Yeah. I was telling my siblings, like, “Yo, I’m not even a photographer, and I’m an award-winning photographer.” [laughs.] This is crazy.

Are you planning to go back to the potter’s wheel after this? Or does this make you think maybe there’s a future in photography for you? 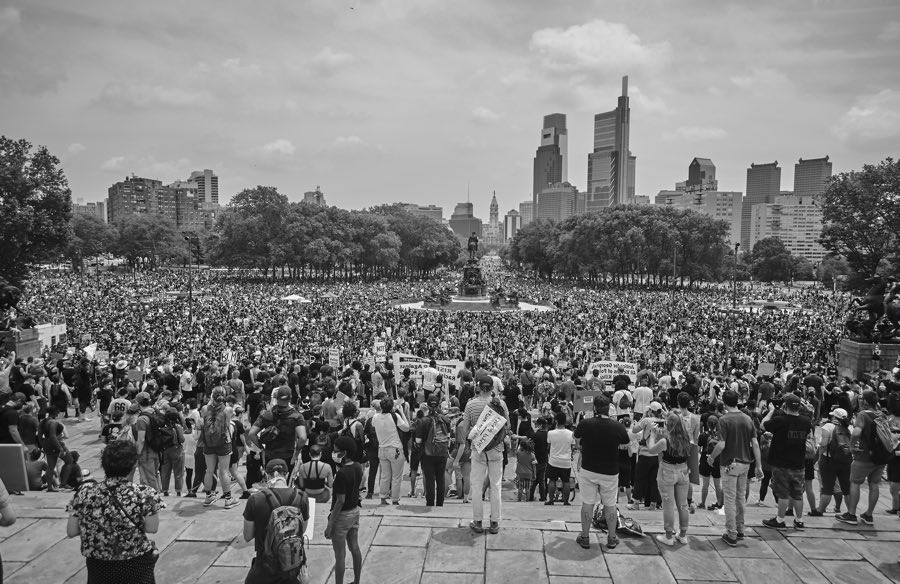