A lawyer representing Walnut Street Theatre and its extremely well-paid executive director, Bernard Havard, has sent a cease-and-desist letter to Jenna Pinchbeck over comments she's been making on social media. 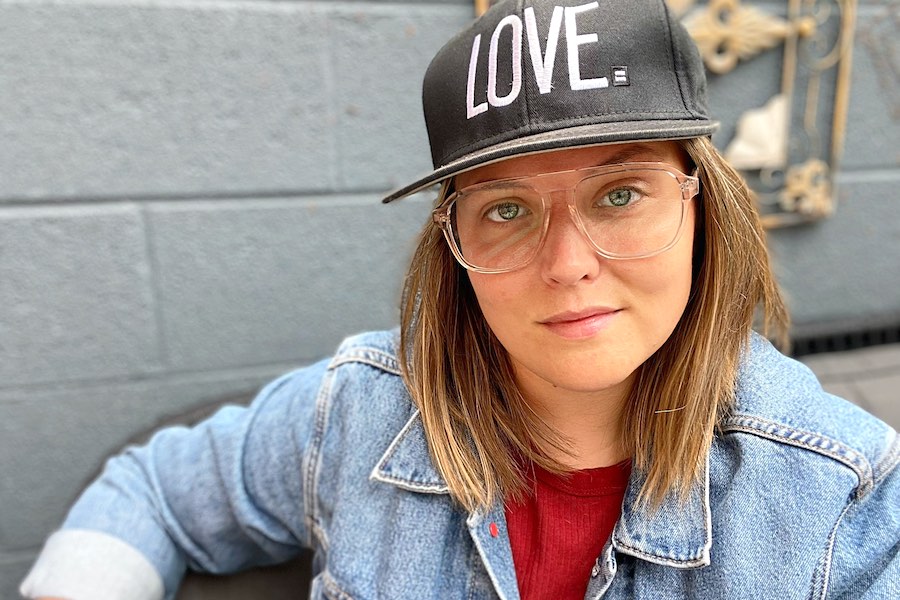 The Walnut Street Theatre has long had its critics—and no, we’re not talking about those snooty journalists who sit in judgment on opening night, their little notebooks in hand.

Many in the local arts community have raised eyebrows over the relatively lavish compensation package offered to Walnut Street Theatre executive director Bernard Havard, whose salary in 2018 was reported to be more than $712,000.

More recently, some have made generally vague and non-specific allegations on social media that America’s oldest continuously operating theater company — and Philadelphia’s wealthiest — has its share of issues with racism, transphobia, body shaming and misogyny. Complaints like these have generally increased in the theater world as a whole in the wake of the #MeToo movement and the racial reckoning spurred by the murder of George Floyd in 2020.

Some have also questioned the racial makeup of the board. One year ago, the 20-member board was entirely white. In September 2020, the theater brought on two new board members: one white, one Black. And though the theater and Havard generally keep quiet in the face of criticism, last week, they started to speak up. Or at least, their lawyer did.

On Tuesday, June 8th, 31-year-old South Philadelphia actress Jenna Pinchbeck, who has been busy on social media speaking out against Walnut Street Theatre, found herself the recipient of a cease-and-desist letter from the theater’s attorney, Douglas Diaz, of Center City law firm Archer & Greiner. In his letter, Diaz pointed to one of Pinchbeck’s recent social media posts addressed to the Walnut Street Theatre in which she asked what the theater was doing to “make your space safer for BIPOC, trans and disabled artists.” Pinchbeck also asked, “How are you going to make women feel safe with Bernard around? What have you done to hold him accountable?”

The cease-and-desist didn’t specifically rebut her comments about BIPOC, trans and disabled people. But her allegations about 79-year-old Havard and women? That’s a different situation entirely. Those comments apparently struck a nerve. 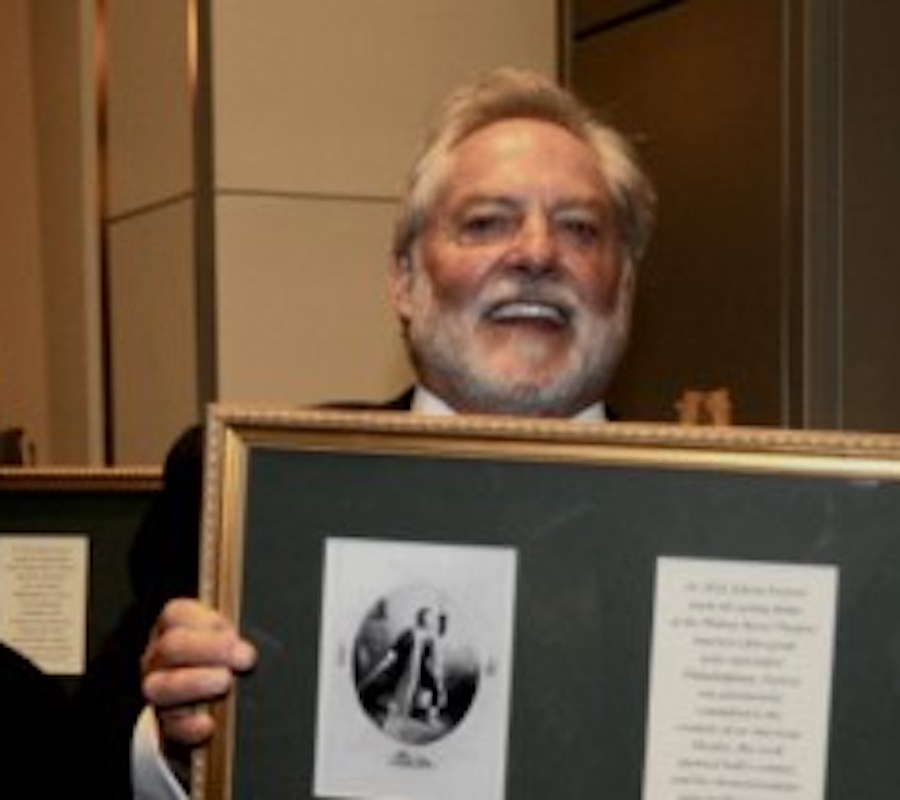 Diaz’s letter went on to threaten that Pinchbeck would be taken to court if she didn’t immediately retract the aforementioned posts and refrain from making defamatory posts in the future. Pinchbeck has decided on an entirely different course of action.

Not only has she not deleted her posts and continued to make negative comments about Havard and the theater on social media — she also published a copy of the cease-and-desist, which has spread like wildfire through the Philadelphia theater world.

“A lot of people are afraid to speak out against the theater, because the theater pays their bills, their mortgages,” says Pinchbeck, who worked off and on at the Walnut Street Theatre from 2015 through 2019, most recently appearing on the main stage in Legally Blonde. “People are terrified to speak up. But I don’t care if I ever work there again.”

Pinchbeck has retained her own Center City attorney, Peter LeVan, who fired off a response to Diaz on Friday. “We were perplexed by your letter,” wrote LeVan, who went on to call the accusations against Pinchbeck “groundless.”

“Your suggestion that Ms. Pinchbeck accused Mr. Havard of having engaged in ‘criminal activity’ is decidedly false – she did no such thing,” he continued. “In short, Ms. Pinchbeck has no intention of retracting any of her public questions to the Walnut on these important topics. Nor does she intend to stop advocating for diversity, equity and inclusion, both at the Walnut and throughout the greater theater community.”

Meanwhile, Pinchbeck has begun collecting testimonials about the theater and Havard via a Google form. She tells Philly Mag she plans to release these testimonials one by one on social media, some anonymously, much the way that Instagram pages like Black Main Line Speaks use social media to call out injustices within institutions. Pinchbeck says these posts will address the treatment of women, Black people and others within the hallowed halls of America’s oldest theater.

“We already have a ton of testimonials,” Pinchbeck texted on Sunday.

As for her own testimonial, we asked Pinchbeck what she was referring to with her comment about women’s safety at the theater. She told us that even before working at Walnut Street, she had heard complaints about Havard regularly showing up at the women’s dressing room after shows, sometimes entering unannounced when women were in various states of undress. She said she has personally experienced these incursions by the theater company boss. Another woman who has worked on the stage at Walnut Street Theatre told Philly Mag, under the condition of anonymity, that she has experienced the same, saying it made her feel “uncomfortable.” “You don’t want him to be in there,” she told us. “But you also don’t feel like you can tell him to leave.” And Pinchbeck says she’s collected soon-to-be-released testimonials from other women who corroborate this experience.

Once word got out about the cease-and-desist, dozens of observers from the local arts community and beyond took to the Walnut Street Theatre’s Facebook announcement of its upcoming season to hammer the theater company with questions about its treatment of performers and its handling of the Pinchbeck matter. Those comments still appeared as of Monday morning. But by the afternoon, the theater company hid all but the positive comments and limited who could comment on its post.

“Theaters all across America have been going through a reckoning over the last year,” says one longtime Philadelphia theater veteran who has worked at the Walnut Street Theatre over the years (and who asked to remain anonymous). “But I see no evidence that anything is or will be different at the Walnut anytime soon. It’s time for a regime change.”

To that end, Pinchbeck is publicly organizing a march from Independence Mall to the Walnut Street Theatre on Friday at 5 p.m. in which she and others plan to demand real change.

“There’s almost no demographic that feels safe at Walnut Street Theatre,” she alleged to us. “There’s something for everybody, really. And this whole hush-hush culture surrounding it needs to end now. Let’s stop protecting these ‘leaders.'”

We asked Diaz for comment on a variety of issues raised by Pinchbeck in her posts and her interview with us, including the allegation regarding Havard in the women’s dressing room. Diaz sent us the following statement:

The Walnut Street Theatre cares deeply about its employees, apprentices, and volunteers, and works hard to provide a workplace environment that is collegial, respectful, inclusive, and free from intimidation of any kind. Moreover, the Walnut prides itself on a diverse and equitable workplace in which every voice is heard and celebrated.

Freedom of speech is one of the great privileges of being an American. However, there is a difference between opinions and facts. The law protects people from being harmed by false facts about wrongdoing purposely published to harm another party. This matter is now under internal review, and we have no further comment.