Bee Swarms Keep Popping Up in Philadelphia. Here’s What to Do If You Spot One

Tens of thousands of flying, stinging insects have been sighted in large clusters recently. Whatever you do, don’t call an exterminator. 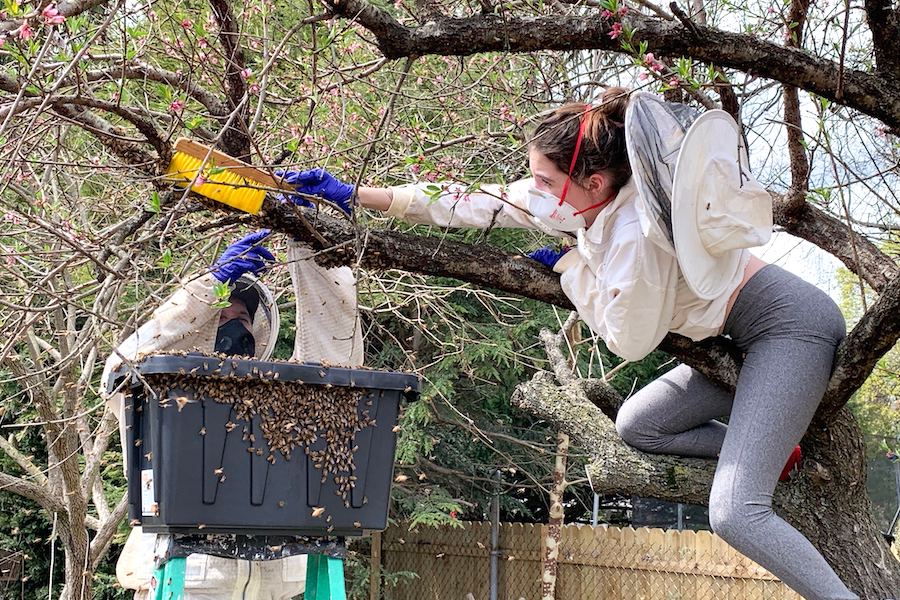 First, there was the report of thousands of bees on a car somewhere in Southwest Philly. Bees love to swarm on cars, apparently. Then I heard about a bee swarm in the vicinity of Clark Park in West Philadelphia. But then this terrifying trend struck far too close to home, with my neighbor a few blocks away in Overbrook Farms posting about a large (or at least large to me!) swarm of bees that had suddenly manifested near a hedge in her yard.

Here’s the photo she posted: 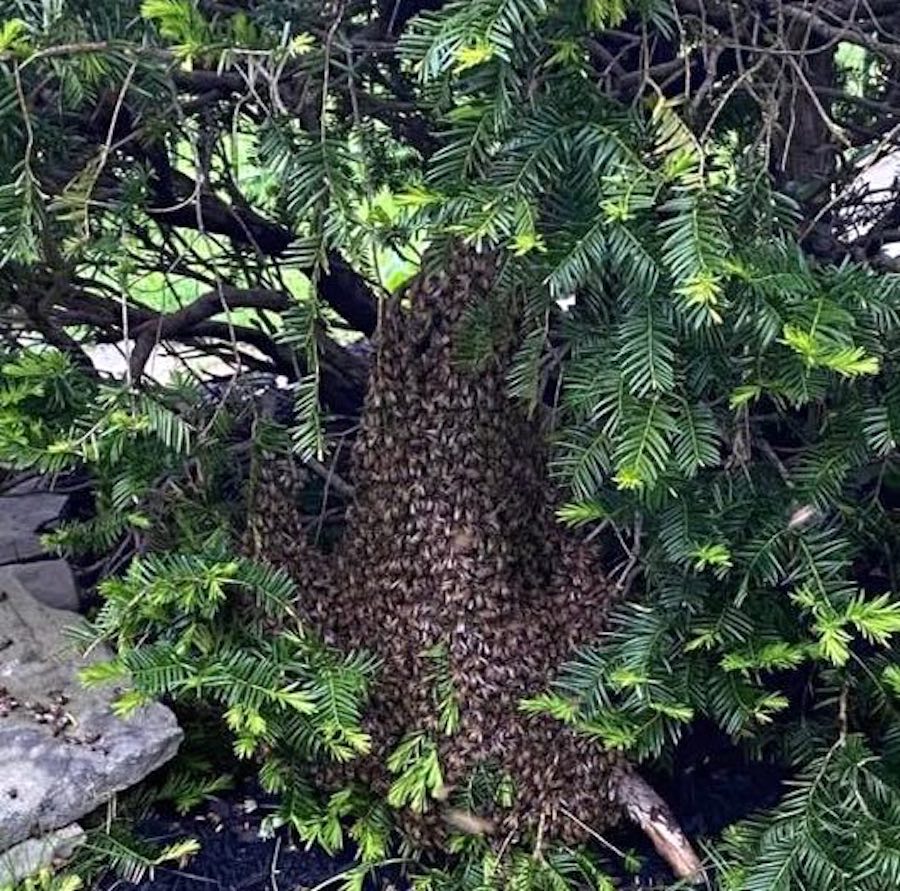 One of the bee swarms in Philadelphia

I would have fainted.

In an effort to help my neighbor deal with this swarm of bees, I reached out to Mark Berman, an old friend who maintains beehives at Bartram’s Garden with his 13-year-old daughter, Anna. They sell their honey under the name Anna Bee’s Honey.

Berman, who lives in South Philadelphia, assured me that these bee swarms are perfectly natural this time of year. Perhaps these reports are popping up just because people are spending far more time outdoors than they used to.

As Berman explains it, swarms generally occur when a beehive gets fuller and fuller with bees and their nectar and starts running out of space for its occupants.

“It just gets crowded in there,” says Berman. “They need a second home. So the workers start raising another queen, and the old queen takes half of the colony and leaves the hive and hangs out on a tree or a car or a house nearby while scout bees go and look for a new home, which could wind up being in a tree cavity or an abandoned hive or a hole in your house.”

Local beekeepers like Berman and his daughter are happy to help the bees find a new home. Last year, a pedestrian at the corner of 16th and Sansom contacted Berman about a swarm on an abandoned bike locked to a pole on the street. He began brushing bees into a box through a one-inch hole.

“You can usually just stick your hand into the thick of a swarm of bees and not get stung,” insists Berman. (I’ll just take his word on that.) “When I first started with the bees on the bike, they’re all flying all over the place. But once I got the queen into the box, one by one, they just started following voluntarily through the hole. The queen releases pheromones, and they follow. It’s amazing.”

“Our neighbor was very anxious,” El-Mekki recalls. “And so were the utility workers on the street. They saw tens of thousands bees looking for a new home and jumped right back into their truck!” 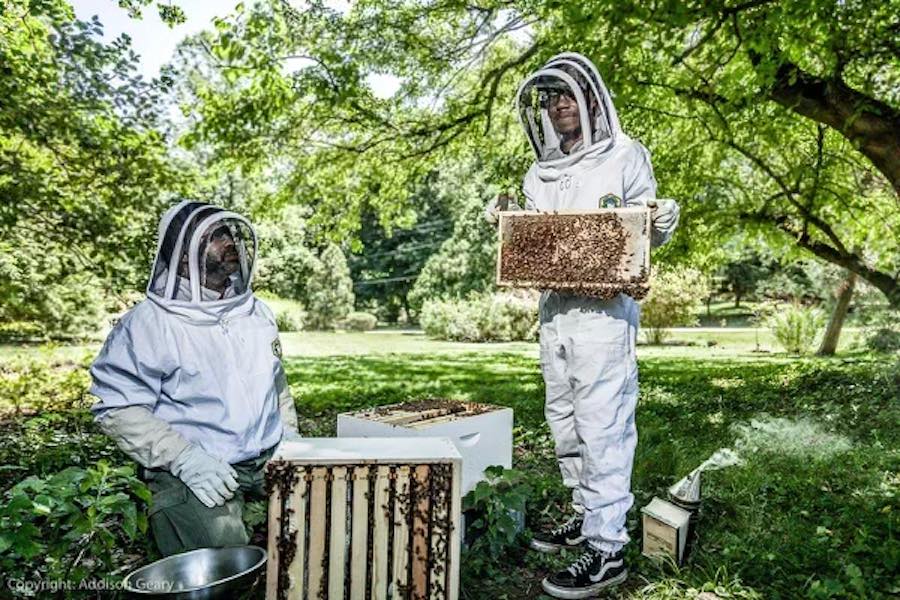 You can find a willing swarm remover through the guild’s website. The beekeepers of the guild won’t charge you to remove a swarm. The bees themselves are payment enough — in most cases.

“I only go out and get swarms if they’re relatively easy to reach,” Berman says. “I’m not catching a swarm on the roof of a rowhome or one that’s behind the wall of a home. You actually have to remove the wall. It can be very involved.”

Whatever you do, don’t call an exterminator. Berman and El-Mekki both stress how important the bees are to the community and the environment (I think even the bee-phobic among us acknowledge this fact by now) and that killing them is never the answer.

I called a neighborhood exterminator — a.k.a. some guy referred to me by a neighbor — to see what he would do about the bees. He said he would exterminate them, no problem. But then I called two well-established, reputable exterminators in Philadelphia, and they both referred me to local beekeepers for a rescue.

“You don’t want to kill bees!” one exterminator exclaimed. “You want to save them.”

Of course, we’re talking about honeybees here, and there are a lot of other flying insects with stingers that aren’t vital to the pollination process. Berman says he doesn’t personally feel the need to kill carpenter bees, which tend to sting only if provoked, or the relatively harmless bumblebee.

But then there are those awful wasps and hornets, which pretty much everybody agrees should be swatted and stomped and squished and sprayed into oblivion if they’re pestering you. If you’re not sure what that thing hanging out in your garden or on your garage door is, a simple Google search can usually give you the answer, or you can always post a photo in this entomology group on Facebook for a quick and thorough ID (they get all genera and species) from the bug nerds there.

I guess it all depends on your perspective.