I Tried the Cheesesteak at Paulsboro, NJ’s Mysterious $100 Million Deli

Is Your Hometown Deli in Paulsboro, New Jersey, really worth its stock valuation? We'll let the market decide. But for under $20, we got a decent meal (and a doggy bag). 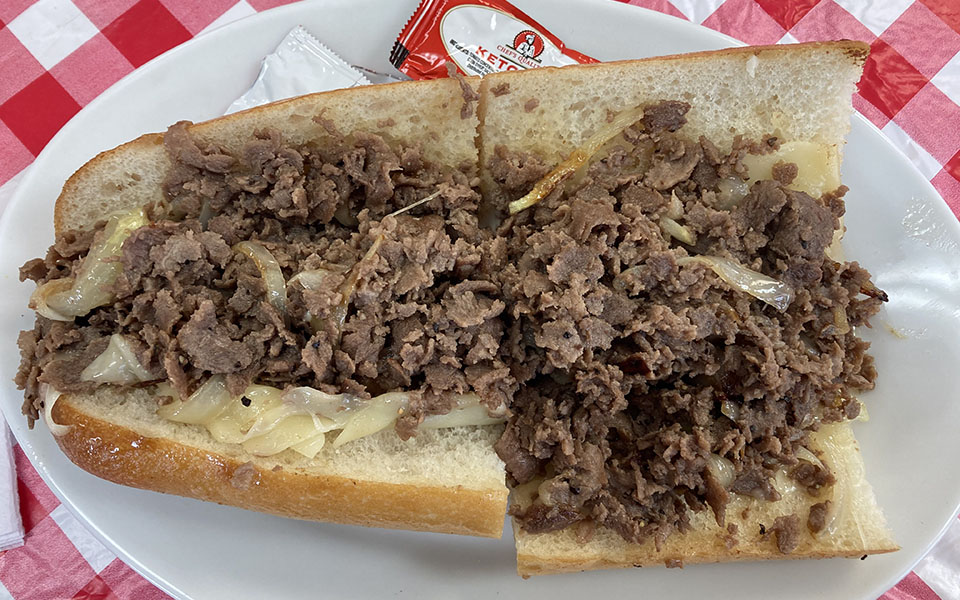 The cheesesteak at the $100 million deli: chopped, greasy, and a bargain to boot. Photo by Victor Fiorillo

As somebody who spent a decade of his younger years in South Jersey and still has plenty of family in those parts, I can say with full credibility that there is literally no reason anyone would go out of the way to go to Paulsboro, NJ. True, some Jersey haters — of which there are many — would say this is the case with many towns over the bridge. For instance, you could argue that nearby Gloucester City is without merit, but I would be obliged to counter that Gloucester City reportedly has more bars per capita than anywhere else in the country.

But Paulsboro makes an epically compelling case against border-crossing. It is, frankly, ugly. The Gloucester County borough is directly across the river from Philadelphia International Airport. From Pennsylvania, you’ve no doubt seen the Paulsboro refineries that dominate the town — a town that takes up less than two square miles of land. There is a huge and relatively unsanitary truck stop in Paulsboro. There is a water tower. There are at least three “Welcome to Paulsboro” signs, one with a problematic Native American image on it. And then there is Your Hometown Deli.

It’s a deli you’d never heard of until this week, when some bizarre national news broke about a corporation whose sole on-paper asset is this deli. What’s weird about that? That corporation was somehow valued at $100m.

I’ll let other media outlets throw out terms like “Gamestop” and “ties to criminals.” As a bona fide Philadelphian, my main concern was setting out for Paulsboro on Tuesday morning to see if this $100m cheesesteak shop makes a good sandwich.

When I arrived, four police officers were standing in front of Your Hometown Deli. Not exactly a common sight. After I made my way into the brightly lit dining room, with its plastic red checkerboard tablecloths and fake flower centerpieces, I heard the employees talking about what had just happened. Apparently some gathering of journalists and photographers tried to get in and ask questions, and the cops told them they couldn’t be on Your Hometown Deli property or accost customers. But hey, I was just there to try a cheesesteak.

The provolone wit’ came out quickly, on a ceramic plate. Classy!

But I was dismayed to find Chef’s Quality ketchup packets on the side. Not because I’m an anti-ketchup-on-my-cheesesteak person, but because I’m a pro-ketchup-on-my-cheesesteak person, and one who demands Heinz. Never Hunt’s, and certainly never Chef’s Quality. But I’m not from around here, and besides, there’s a nationwide ketchup shortage going on, so I wasn’t about to stir up trouble, right? 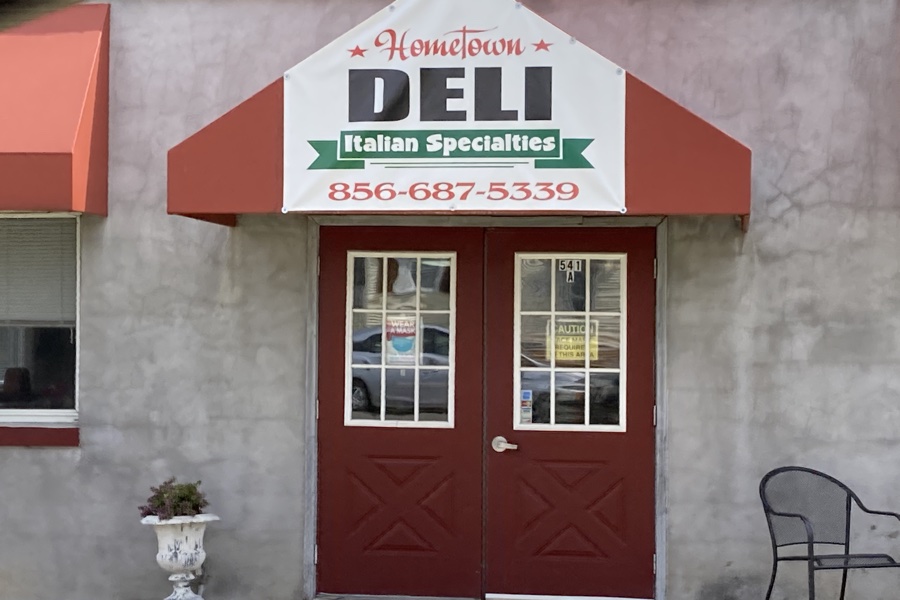 The Hometown Deli, the $100 million deli in Paulsboro, NJ. Photo by Victor Fiorillo

Fans of chopped meat in their cheesesteaks will enjoy the offering at Your Hometown Deli. It’s not just chopped; it’s very chopped. The sandwich is served on a chewy, unseeded roll and has just the kind of meat-to-cheese ratio I like. Many cheesesteak spots do themselves a disservice by under-salting their meat, but this isn’t an issue at the sodium-happy Your Hometown Deli.

What’s also in abundance is grease. Every cheesesteak has its share of grease, and the one at Your Hometown Deli is definitely a mess in that regard. But I didn’t come to Paulsboro to start dieting.

I also bought half an Italian hoagie — about the length of a Wawa classic — to take home with me. My total bill, including a bottle of basic filtered water, came to less than $19. Paulsboro is nothing if not cheap. This place is a good value. Is it worth $100 million? We’ll let the SEC figure it out.