And which county in the United States leads the way? Idyllic old Bucks County. 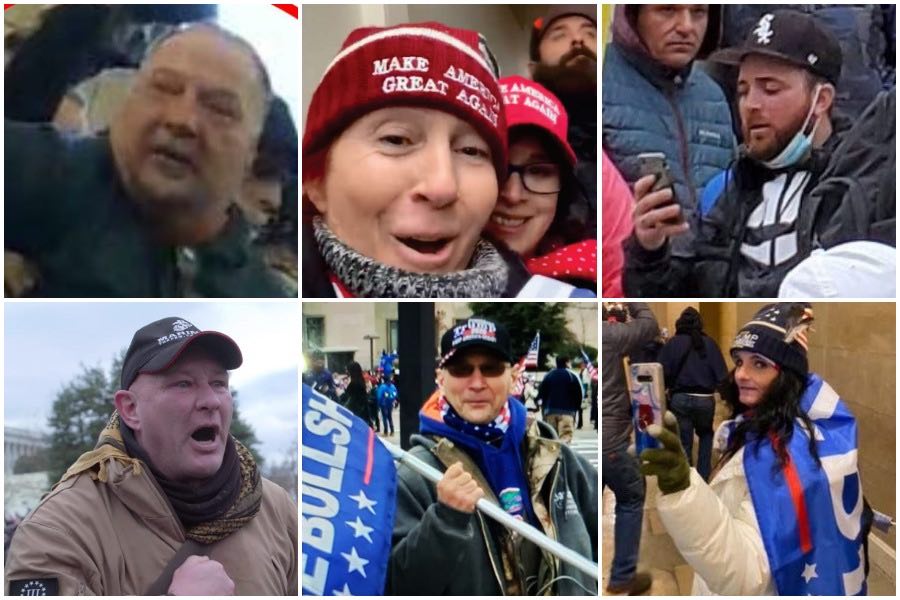 Some of the 26 Pennsylvania residents named in the arrests stemming from the Capitol riot. (Photos via Department of Justice court documents)

Pennsylvania is, of course, known for playing a pivotal role in American history. The U.S. Constitution and the Declaration of Independence were both written here. The Battle of Gettysburg, a major — if not the major — turning point in the Civil War, was fought here. General George Washington camped out with his troops here before crossing the Delaware River to lead a successful attack against the British in New Jersey. And now, we can add to this list the disturbing fact that Pennsylvania has seen more of its residents arrested following the insurrection at the Capitol than any other state in the country.

A review of court documents, news reports and data relating to the January 6th riots at the Capitol in Washington, D.C., reveals that the Department of Justice has charged 26 Pennsylvanians with a variety of offenses stemming from the insurrection. Those arrests account for about a 10th of the 266 arrests recorded nationwide as of Sunday, February 28th.

While Pennsylvania leads the way in this unfortunate ranking, Texas and Florida aren’t far behind, with 23 residents arrested each. New York is next, with 20, followed by California and Virginia, each with 15. Then there’s Ohio with 13 and Kentucky with 11. The tally for capital-adjacent Maryland is nine residents. That’s the same number as New Jersey, the residence of alleged rioter Stephanie Hazelton, a.k.a. Ayla Wolf.

Looking at arrests by Pennsylvania county, they’re pretty spread out across the state. But Bucks County, with four residents arrested, actually leads the way not just statewide, but nationwide in the category of arrests by county, tied with Ohio’s Franklin County and Los Angeles County.

The most recent Bucks County arrest to come to light was that of 37-year-old Rachel Genco of Bristol, who was charged on February 22nd with entering the Capitol and disorderly conduct. Her arrest came nearly a month after the feds charged her boyfriend, Ryan Samsel of Bristol, with assaulting a federal law enforcement officer at the Capitol.

The other two Bucks residents are Diana Santos-Smith and Dawn Bancroft, both of Doylestown.

The feds say Bancroft was seen on video proclaiming, “We broke into the Capitol. … We were looking for Nancy to shoot her in the friggin’ brain, but we didn’t find her.” The “Nancy” allegedly refers to Nancy Pelosi.

Both women were charged with violent entry, among other offenses.

The FBI and other law enforcement agencies are continuing to sift through tens of thousands of photos and videos, and more arrests are expected.