“It’s just a way for people to show off a little during these dark times,” says Father-of-the-Year candidate Mike Kane. “And for others to find joy.” 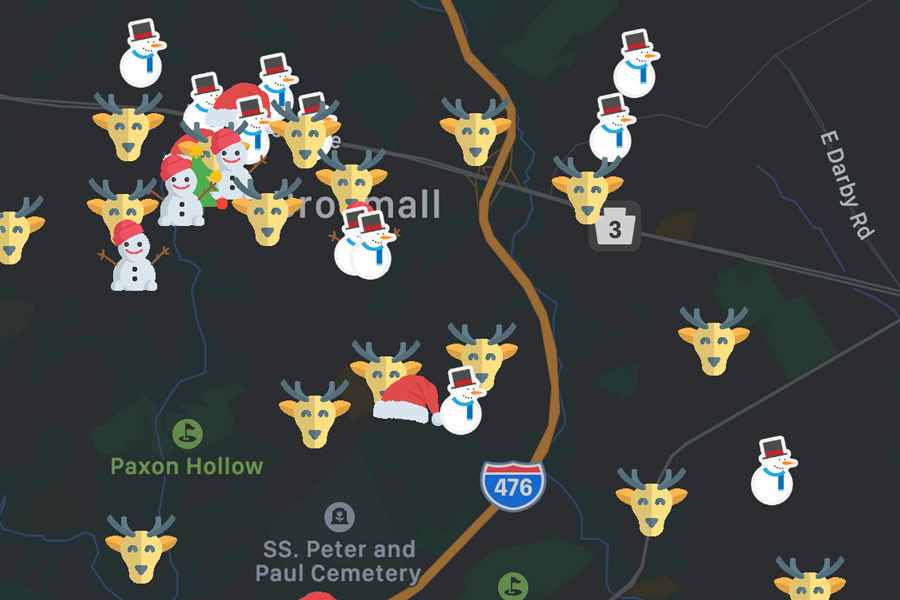 A screenshot of holiday lights near Philadelphia from the new app ChristmasPrism, which allows you to find holiday light displays in your area.

I’m pretty sure that prior to 2020, I had never been asked where to find awesome holiday light displays. But thanks to COVID and the fact that we’re all scrambling to find fun, safe things to do, it’s a question that keeps coming up. Unfortunately, I haven’t had a great answer. Until now. Enter Mike Kane and his ChristmasPrism app, which allows you to find local houses with primo Christmas light displays.

The ChristmasPrism app was born out of fatherly necessity. Kane, a 36-year-old dad of an 11-month-old and a two-and-a-half-year-old, lives in Delco, where people take their holiday lights very seriously. And they start setting them up way early.

So in mid-November, Kane put his two kids in the car and set out to find some great displays of holiday cheer. He located a couple of houses, but he didn’t know where to go from there. Kane’s two-and-a-half-year-old started getting restless. And then the inevitable happened: the 11-month-old, sensing the rising tensions in the car, began crying. Nonstop. And Kane knew what he had to do.

“We had been seeing the same thing on the Next Door app and in all the mom groups: ‘Where are the lights at?‘” says Kane. “So I spent three weekends designing my ChristmasPrism app. Late on Friday nights and early on Saturday mornings, before breakfast. My wife works on Saturdays, so I’m with the kids all day. And then Sundays are reserved for family time.”

Say it with me now: Awwwwwww. 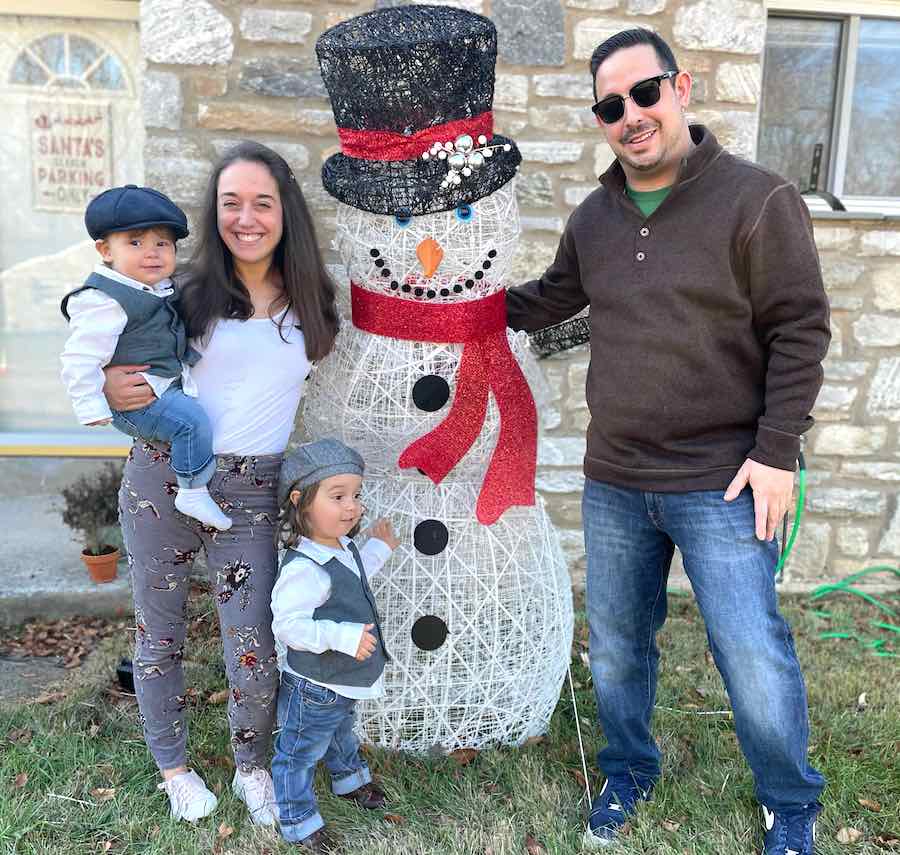 A family photo featuring Mike Kane, inventor of ChristmasPrism, the new app that lets you find holiday lights on display in your area

All of the content in the app is user-generated. Here’s how it works.

If you’re the person with an elaborate light display at your home, you upload one photo of your house as well as your location to the app. That’s it.

If you’re the person in search of elaborate holiday light displays, you just look at the ChristmasPrism app’s built-in map, and it shows you where they all are. You pick which ones you want to visit. Once you’ve seen a display, you can “like” it within the app. You can add comments as well. (Be nice!)

The likes add up to a rating, which is indicated by an icon representing your house on the map. An elk means you have just a few likes. A snowman means you’re getting better. And it goes on from there up to a giant snow globe, which indicates you have more than 25 likes.

Currently, most of the houses featured on ChristmasPrism are in the Delco area. But that’s just because people don’t know about the app yet. There are no actual geographic constraints. So no matter where you are, if you have a Christmas light display that you’re particularly proud of, go ahead and upload it, says Kane.

“Who just whips out an app like this?” wondered one of my colleagues when she heard that Kane had cranked the ChristmasPrism app out in a few weeks. “Is he secretly the CEO of Google?”

Far from it. Kane never programmed a day in his life until after he turned 30.

When he was 21, Kane developed CIDP, a rare and debilitating nerve disease. He had sensory loss. He couldn’t wink his eyes. Kane was, as he describes it, “paralyzed” at times. It took nearly 10 years for him to successfully battle the CIDP, and when he got the all-clear from his doctor on his 30th birthday, Kane decided he needed a new course in life.

“I wanted to try something I had never done before,” says the Marple Newtown High School graduate. “Something difficult. I wanted to prove something to myself. So I picked the hardest thing I could think of: I taught myself to code. It took me a year of reading books and practicing around the clock. All day. Every day.”

Now, Kane is a team leader at Center City tech firm Connectify, where he and his team developed Speedify, a VPN. “I just celebrated my five-year anniversary with them,” he says with a mixture of glee and pride.

As for ChristmasPrism, Kane is working on some updates. He’s also planning an Android version, since the app is currently only available for Apple devices. And there’s a website in the works as well.

I asked Kane if he intends to monetize his app.

“No,” he insists. “This is just pure. There is no underlying plot. I’m not collecting data to sell. I’m not selling advertising. Everybody just puts so much effort into their decorating. It’s just a way for people to show off a little during these dark times. And for others to find joy.”