The big gift to the school district doesn't settle the ongoing debate over whether the multibillion-dollar institution is doing enough to pay its fair share. 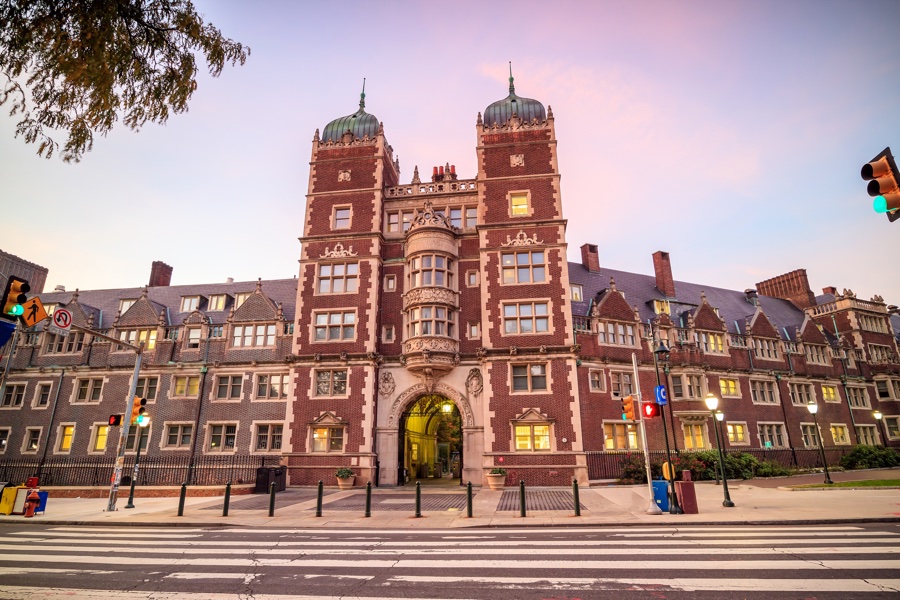 Penn and PILOTs: The debate continues. Photo via iStock / Getty Images Plus

It sounded too good to be true. And so it was.

The University of Pennsylvania, an institution with a $14.9 billion endowment, announced before Thanksgiving that it would make a $100 million commitment — $10 million a year over 10 years — to the School District of Philadelphia, with the money earmarked for addressing environmental concerns such as asbestos and lead remediation in district buildings.

The gift will be the largest private contribution to the school district in its history, and at a time when our schools could really use the money. But dig a little deeper, and it’s not quite what it seems.

In her interview with the Inquirer, Gutmann made clear that it was her decision to make the voluntary contribution and that it would come from discretionary funds available to her office, not the university’s endowment. (Would that we all had multimillion-dollar discretionary funds at our disposal during this difficult time.) She also made it very clear that the donation wasn’t a form of payments in lieu of taxes (PILOTs), payments that a growing chorus of activists has been calling on the university to make.

According to the Pennsylvania Constitution, “institutions of purely public charity” are exempt from state and local taxes. Penn, a nonprofit, fits this description and therefore doesn’t have to pay tax on the $3.2 billion in property it owns in the city. Considering that the beleaguered school district is funded in part by property-tax revenue, this doesn’t sit right with some people.

“The chronic underfunding of the Philadelphia public schools cannot be resolved with a limited commitment of 10 annual payments,” according to Amy Offner, a Penn history professor speaking on behalf of Penn for PILOTs, a group of faculty and staff calling for the university to pay the city 40 percent of what it would owe in property taxes — which would currently be about $40 million a year. “Penn’s commitment to pay $10 million per year falls short of the standard that our community has set.”

As a Penn alum who has advocated for PILOTs over the years, this hurts. To my mind, there is nothing charitable about this “donation”; it looks more like a smoke screen, an attempt to distract from the growing calls for the university to pay PILOTs. It feels, in essence, like a Band-Aid for a wound that requires triage.

Anyone who has ever attended or been employed by Penn knows that the school operates much more like a major corporation than like a nonprofit that must hustle for every dollar. And this is another example of the school doing less when it could do more. In 2011, when I was a sophomore, I clashed with the university’s business services department after I swiped in — using my unlimited dining-hall meal plan — more than 3,000 college students and West Philly residents dealing with food insecurity. The Eat Any Time (EAT) plan, the most expensive meal plan at the time, was $4,200 a semester, with up to 10,000 dining-hall swipes (a number that wasn’t disclosed until you asked for the specific limit). I was never going to eat that much food, so I didn’t see any harm in sharing with others. Instead of addressing the concerns raised by students, Penn just canceled the EAT plan and enforced tougher restrictions on how students share their meal swipes. The fact that there were concurrent food insecurity and food waste problems could have resulted in a more charitable solution that addressed both.

For years, Penn has reminded everyone of the voluntary contributions it makes (such as its financial support of the Penn Alexander and Henry C. Lea elementary schools) as a way to deflect demands that it pay PILOTs. But touting those contributions is a slap in the face to the Black families Penn has pushed out of West Philly as it expands University City, a glaring act of gentrification that continues. In fact, Penn Alexander and Lea have only gentrified the area more, essentially driving up property values in those catchments and making matters worse for longtime residents. So no, Penn doesn’t get a pat on the back for the $100 million it’s offering as a remedy to a problem that it has exacerbated.

Penn needs to pay PILOTs, and it should consider the additional contributions it makes in the community reparations of sorts for decades of gentrification, tax breaks and expansion. It’s not either/or. It’s both.

With the exception of Penn and Columbia University, the colleges within the Ivy League all pay PILOTs while still making additional contributions to their communities. Penn, as the dominant force in a major East Coast city, can flex its fiscal and political power in ways that the Ivies in Cambridge, New Haven, Princeton, Hanover, etc., cannot. Heavy is the head that wears the crown, and Penn should be paying way more to do so.

Penn contributing $10 million a year for 10 years is a bargain compared to the $40 million in PILOTs advocates think the school owes every year. It’s time for that to change.