Engaging voters has never been more crucial than in this election cycle, but there are a few commonsense tactics that are still being neglected. 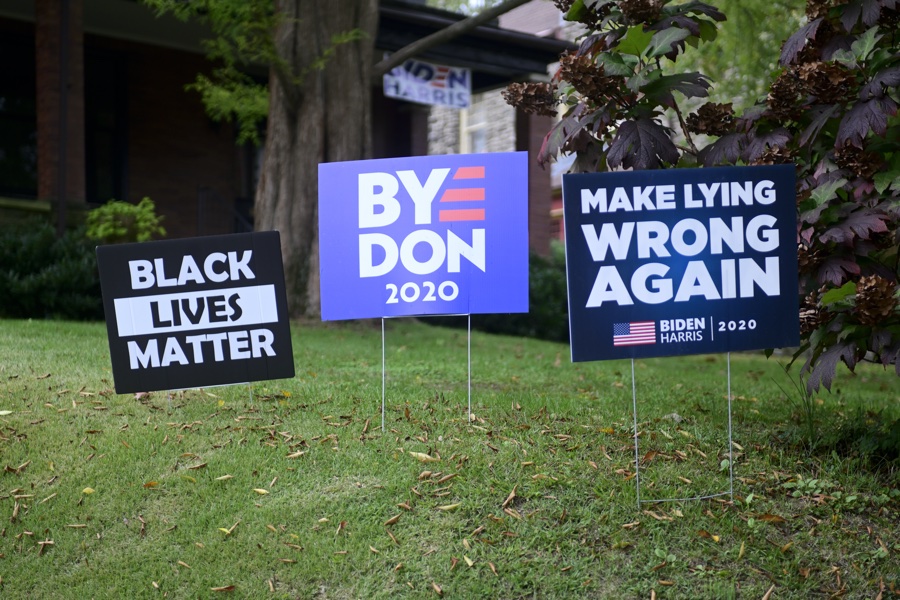 After months of mudslinging, some very unhinged televised debates, and a bizarre series of “October surprises,” this exhausting political saga will finally conclude on November 3rd. (Or at least the first part of it; there’s a good chance we won’t find out who wins the presidency next Tuesday night. Mail-in ballots aren’t going to be counted that fast, folks.) But at least (one hopes) our phones will no longer be bombarded with get-out-the-vote text alerts, and those eyesore “Vote. Make a Plan” posters will stop popping up on every telephone pole. Even though there will most likely be a feud over vote-counting in battleground states, at least the campaign overkill that’s inundated our lives in a middle of a still-very-active pandemic should start to die down.

As Election 2020 begins to wrap up, the Biden/Harris campaigning in Philly can be seen as either a pleasant surprise or a missed opportunity. Let’s face it: Republicans think bad things happen in Philadelphia, and it doesn’t seem like Trump wants our votes. Such an advantage would seem to give Democrats an opportunity to motivate their large registered voter base to show up to the polls. But as I’ve covered the Democratic campaign trail for the past few months, I’ve noticed some flaws in voter outreach that have me biting my nails while I wonder if Biden can turn Pennsylvania blue this cycle.

Pennsylvania is the Florida of the Northeast — at least in terms of battleground-state desirability. Philadelphia and its neighboring suburbs are going to make or break any chance the Democratic presidential candidate has of victory. It’s not about whether he wins these areas (he will); it’s about how big he wins — about many people actually show up to the polls. Hillary Clinton learned this the hard way in 2016 when voter turnout was down in Philly compared to Barack Obama’s numbers in 2008 and 2012, which gave Trump an advantage when combined with an uptick in more rural areas across the state.

In order to not repeat history, here’s what the Democrats on the ground must immediately do in our city in order to win:

While many people seem to think long lines are a beautiful display of democracy, they’re also a mechanism of voter suppression. Long lines on Election Day during a pandemic risk the health of voters and are stressful for poll workers and volunteers. Encouraging more people to vote early is the best way to guarantee they actually vote. Nobody can predict the madness that November 3rd may bring, with concerns over voter intimidation on the rise. Stop playing, and tell people to avoid those lines next Tuesday and vote now.

Hillary Clinton lost Pennsylvania in 2016 because there was a noticeable dip in Black voters, and Black men in particular. The Democratic Party, like every major political party, doesn’t have a great history of addressing the policy interests that directly impact Black men. Meet them where they are and speak to them directly. Black women shouldn’t have to carry the weight of Black votes by themselves. It’s important that the campaign engage Black male voters in their communities with answers, information, and direct resources to get them to the polls. If Black men don’t show up to the polls in Philly, Biden won’t win Pennsylvania.

We already know that local Democratic Party leaders are going to vote, so why do we keep seeing them in high attendance at the big events, instead of people who might be on the fence about voting? Throughout the campaign, I’ve attended several rallies and engagement events only to find most of the attendees and speakers are campaign surrogates, elected officials and ward leaders. For example, when I attended President Obama’s Black male voters event at the Hank Gathers Youth Access Center in North Philly, there were too many familiar faces. Among a gathering of fewer than 20 guests, there were four elected officials, several committee people and ward leaders, and frequent campaign surrogates who had already participated or spoken on the campaign trail. It felt like a missed opportunity. I wonder what that event would have looked like if mostly first-time voters were in attendance, or if working-class voters got the opportunity to speak with the former president. That can’t happen when too many of the Democratic Party’s local leaders are taking up space and hogging the mic. Let’s prioritize the people in the homestretch.

One of my biggest peeves about elections is the number of national organizations and people who take over our city. While Philly can use some extra help in terms of voter outreach and engagement, it’s gotten to the point where our own city’s activists and influencers are being ignored. National campaign surrogates and personalities are coming into our barbershops, city hot spots and rallies, and it’s got me like, “Who are you?” Philly is a city that loves itself; we’ve never been the type to get too hype about outsiders unless they embrace us well. No shade, but if Meek Mill headlined a get-out-the-vote event right now, it would definitely do higher numbers than Common did last week. Now is the time to shun the national spotlight and get hyperlocal. The campaign should increase access for local media, grassroots organizers and homegrown talent (Where you at, Will Smith? Bradley Cooper?), to ensure that Philly is pumped at the polls during the final days.

Remind voters that there are offices and issues besides the presidency on the ballot.

Fun fact: There is an election every six months in America. The more regularly you vote, the more likely you are to vote in the general election. One of my biggest annoyances with presidential elections is how much money and mayhem is invested in getting people to the polls on one Tuesday in November every four years. If as much energy (not necessarily money) were invested in getting voters engaged every spring and fall, presidential elections wouldn’t feel like such a nightmare. One remedy: Campaigns should remind voters that the November election isn’t just about choosing our next president/VP, but also senators, Congresspersons and others at the federal, state and local level. Right now, Philadelphia also has four ballot questions that could guide the future of stop-and-frisk, support for crime victims, a new citizen’s police oversight commission, and whether we should spend $134 million in bonds to pay for capital projects. If those additional ballot decisions aren’t enough to drive you to go to the polls, I don’t know what will.