Who Knew That Singing Telegrams Would Be One of COVID’s Big Success Stories?

After a ridiculously busy seven months serenading people from curbs, yards and stoops, West Philly’s Dot Levine prepares to open a franchise more than 2,000 miles away. 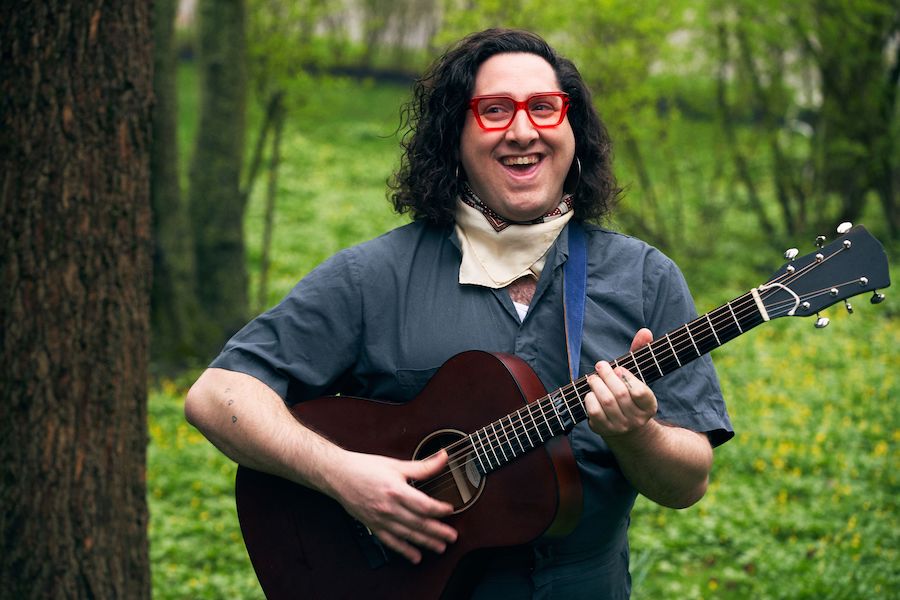 What do you do when you’re a musician/music teacher whose gigs/classes have all dried up thanks to COVID? Well, if you’re West Philly non-binary performer Dot Levine, you debut Dottie’s Serenade Service, as Levine did back in March. Some people undoubtedly thought Levine was crazy. Others probably thought it was a cute enough idea. Little did everybody know, Dottie’s Serenade Service would become a huge success, and Levine is now planning to open a franchise in Los Angeles. I caught up with Levine on Monday as they were running out the door to get a COVID test.

What were you doing this time one year ago?
Playing weddings and bar mitzvahs. Teaching. I was really busy. But then everything got canceled. It was painful. I remember right after the pandemic started, there were these two weeks where my students — who had pre-paid for their lessons — not a single one scheduled a lesson. And I realized that they probably wouldn’t be scheduling any lessons for a long time to come. My students have all come back now, thankfully. Every single one. But back then, I realized very quickly that I needed a contingency plan.

And that contingency plan became Dottie’s Serenade Service. It seems like it really just took off from the beginning.
It’s been wild. I’ve done as many as four or five shows per day, all over the place. I’m probably averaging about two shows per day.

What are the economics of this?
I just did one in Cape May a few weeks ago. The person was willing to pay $400. That’s $150 for two songs and $250 for travel. So they actually paid more for me to get there than they did for me to perform.

You said $150 for two songs. Is it always $75 per song?
Seventy-five dollars is for a song I know super well. If you request a very difficult tune that I have never heard before and I need to learn it and arrange it from scratch, that’s $250. For a tune I’ve played a handful of times, $100 to $125. And then there are rush fees and travel fees. 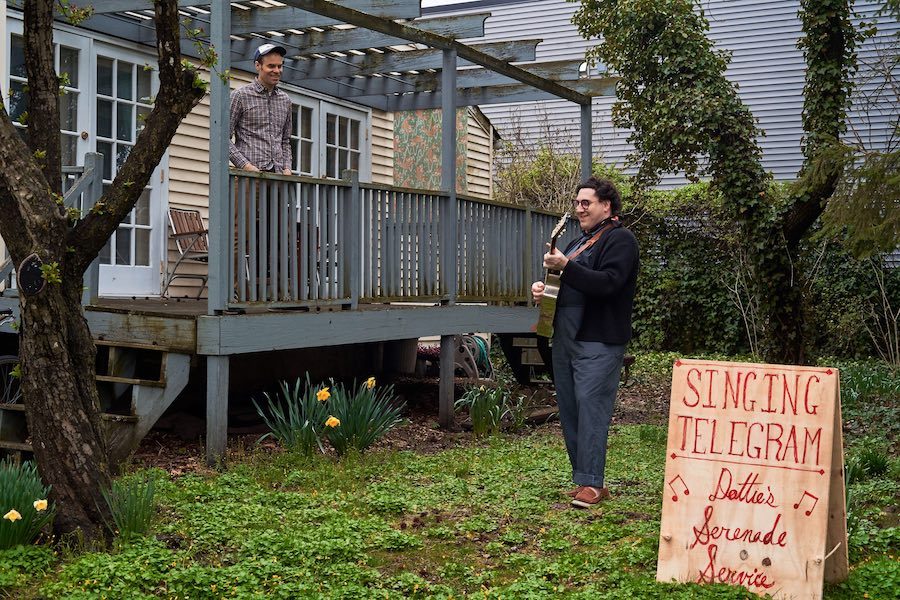 I sense that you’re not a native Philadelphian. When did you come here and why?
I was in Western Massachusetts and playing music in upstate New York, and I came to Philly about ten years ago with the prospect of becoming a full-time musician. I’ve been here ever since, and about three or four years ago, I started to focus my efforts more on teaching than gigging due to a loss of mobility.

Were you injured?
I have repetitive stress injuries all up and down my spine and up my neck. They are athletic-related injuries that came from weightlifting and cycling. It got to the point that I would take one $2,000 gig a month and then I’d be in bed for a week after that. I would also lose my voice pretty quickly and I’d be struggling to sing. But then I found this amazing Alexander Technique teacher Diane Gaary, who teaches artists how to use their bodies more healthfully. I see her four times a week, and I went from contemplating a wheelchair last year to being able to do this job. I run around town from gig to gig, carrying a heavy sign. And I’m looking forward to picking weightlifting and cycling back up eventually.

So back to the serenades, any particularly odd or bad or absurd song requests?
I did this horrendous toilet paper jingle into “Just Like Heaven” by the Cure. “It’s Five O’ Clock Somewhere” was a pain in the ass. “Tequila” was hilarious, because the only word in the song is “tequila.”

And there is so much Beatles. Wow. Oh, and the Golden Girls theme. “Thank You for Being a Friend.” I do that a lot.

What’s the least time you’ve had to prepare?
Some days, it can be rather hectic. One day I got a request for “The Wind Beneath My Wings.” I was in between gigs, so I downloaded some piano sheet music and then arranged in for guitar and learned it, all in between other telegrams. The person cried, and I was like, Holy crap. I didn’t even know how to do that song this morning. Fifty percent of the people cry. In a good way.

How do you stay organized?
Well, I have an assistant who helps a lot. But I rely on a lot of automation as well. When I get into my car, my phone automatically checks my telegram calendar and tells me if I have a gig in the next two hours, what the song is. I’ll say, “Take me to my next serenade,” and then my phone takes me to my next serenade. I really enjoy that sort of stuff. I use Zapier — it allows you to connect all of your different services on your phone. It lets them talk to each other. And I also do programming as a hobby, and I often tap some of my professional programmer friends to help me out.

I watch Shark Tank with my kids. And I feel like you opening a franchise in Los Angeles is a little bit like the entrepreneur who makes the most awesome treats out of their one food truck, and they just have an amazing personality. And they tell the Sharks they wanna have 50 locations in two years. And Mark Cuban just sits there shaking his head.
I understand what you are saying. But I really don’t wanna think that I am the only person who can do this. This has been such a boon to my life. I get to make people sometimes wildly happy with something I am readily available to do. Imagine if half the people you worked for cried tears of joy.

Uh, yeah. I can’t.
It’s so validating. And the money is ridiculous. I want people to have this, and I know how much some of my musician friends are struggling. So I am going to L.A. in January. I already have good connections out there. And I’m going to be pulling people in while I’m there, doing what I do. And after some sustained momentum, I am going to hand it off.

And I understand that you’ll be driving across the country, doing serenades along the way?
Yep. I’ll be driving my shitty old Corolla. My car guy says it’s gonna be fine. I’ve got a good car guy. South Philly. You know.

So, essentially, you’re embarking on a tour, the route being decided by the gigs you get.
I have a spreadsheet. And I’m populating it with inquiries and then putting them in geographical order. Lots of people in Philadelphia want to send me to sing for their friends and relatives all over the country. I’m definitely going to head south to Florida. Then New Orleans. Then Texas. Then, who knows? I’ll be camping all along the way. I am the most meticulous person you know when it comes to COVID safety. I don’t go inside anywhere. I am not going to do motels, hotels or Airbnb. Camping only.

I am going to go where you want me to go. It’s not going to be tough to fill the tour. Plenty of requests are already coming in.

Well, good luck to you, and enjoy L.A. I hate it there.
Thanks. I’ve never been.